The Game Itself
3.5 Stars
The Video: Sizing Up the Picture
3.5 Stars
The Audio: Rating the Sound
4.5 Stars
Replay Factor
3 Stars
Bottom Line
Recommended

In production for half a decade, 'Watch Dogs' has always, at least on paper looked like the offspring of a union between the 'Grand Theft Auto' and 'Assassin's Creed' series. Set in a modern day Chicago, 'Watch Dogs' takes the classic third-person, open-world action formula and infuses it with a tried and true story of revenge, regret and intrigue, all intertwined against a backdrop of digital espionage, where no one's secrets are...well...secret and lives can be forever changed with the push of a button on a smartphone. Players are thrust into the role of Aiden Pearce, whose alter ego 'The Vigilante' is a legendary, underground hacker with access to the city's entire network of secrets. When tragedy strikes his family as a result of his actions, Pearce finds himself a man without a home, roaming the streets trying to find out who gave the order that resulted in his young niece's accidental death. Whether Pearce will solve this mystery taking the moral high ground or losing himself into a world of crime and amorality, is entirely up to the player.

First things, first, the very release of 'Watch Dogs' is undoubtedly a controversial subject given the stark discrepancies in the game's graphical look when the final product (even on a high-end PC or next-gen system) is compared to the jaw dropping, E3 footage from a year back. Granted, Ubisoft, like most any other developer, never claimed the footage to be final gameplay, but the stark contrast between preview and final product remains. That doesn't necessarily make 'Watch Dogs' a failure of a game out of the gate. The sheer immersive feel of the game's real-world setting when combined with an overall feeling of increased tension as the game progresses and players become comfortable with the controls allows the intriguing plot to add a new layer time after time, and makes 'Watch Dogs,' at the very minimum worth a rental. The game's emotionally charged and slow-burning plot is what is going to push that rental into a possible purchase, as Aiden Pearce comes off as exactly what one would expect from a protagonist marred and driven by inadvertently being responsible for a loved one's death. There are times when Pearce's story and 'Watch Dogs' in general, feels like familiar territory, but the modern-day spin and ultimately what the Disrupt engine brings to the table, makes it feel like much more than a GTA/AC clone. 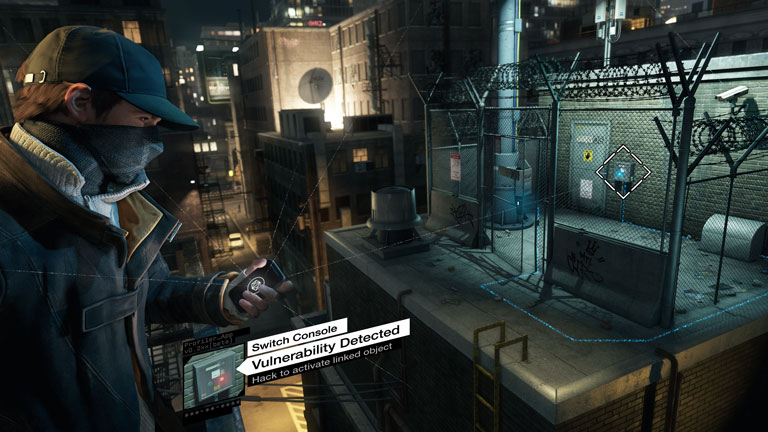 From a control standpoint, 'Watch Dogs' runs quite smoothly with Pearce on foot, adopting a fairly standard third-person control scheme. Movement is far more fluid than GTA, but not nearly as dynamic as 'Assassin's Creed'; there's a minor parkour element, but at the end of the day, the player will fight their battles digitally or through firepower. The game does have the feel of a steep learning curve as combat gets easier when you level up skills, although players who stick to the main story missions won't feel find as much in this dynamic as someone who tries one of the serialized side-missions. Where the control truly falters is when Pearce steps behind the wheel of a car; the physics of driving in 'Watch Dogs' is plagued with the floaty, less-weighty feel of PS2/Xbox era GTA titles. When driving around the virtual Chicago streets, it's definitely passable, but when tasked with a race mission or evading the police, it’s going to take a lot of patient trial-and-error. 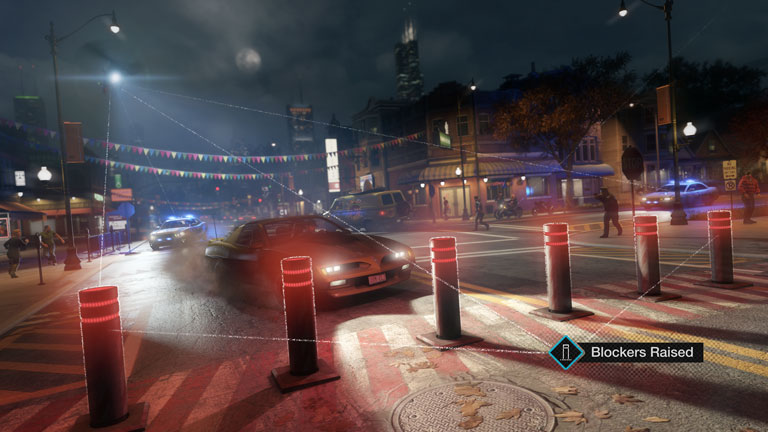 Arguably a huge selling point of 'Watch Dogs' is the ability to hack any NPC whether that be to steal money from their bank account or to eavesdrop on their conversation, often leading to the opportunity to put one's moniker of 'The Vigilante' to good use. Hacking in 'Watch Dogs' is literally as simple as pressing 'X,' but this is a good thing; one, had it been precipitated on a gimmicky mini-game, the exhaustive detail into providing at the least, one-dimensional lives to every NPC would never have been appreciated as much as it should be and secondly, hacking also allows players to patch into CCTV systems and acts as a means of finding a more stealthy (or lethal) solution to a heavily guarded area. Furthermore, when taken into the game’s rather innovative and generally unobtrusive multiplayer mode, simply 'pressing 'X'' is just a minor part of the key equation. 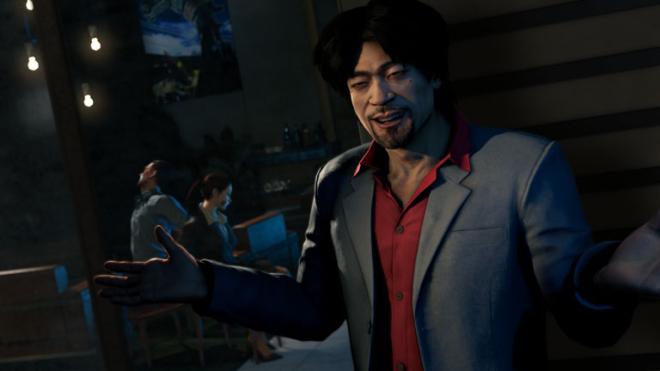 Visually, 'Watch Dogs' is still an impressive looking game on the 360. Yes, graphics are nowhere near the levels of the infamous E3 demo, as previously stated, but neither are the graphics of the Xbox One, PS4 and PC. 'Watch Dogs' seems to push the 360 to its limits, but in a much different way than 'Titanfall' did a few months back. Textures are lower-resolution, animations aren't quite as natural as expected (there's some minor lip sync issues) and environmental effects are often left unmentioned. What players won't have to deal with are continual loading screens and horrible drops in framerate. There's some occasional screen tearing and the draw distance is much shorter than the next-gen versions, but at the end of the day 'Watch Dogs' delivers a realistic facsimile of a modern Chicago and graphics that might not meet the gold medal standard, but are far from eyesores. Overall, it's a natural looking game and previous gen console owners are lucky to have it.

Where I'd argue 'Watch Dogs' is indistinguishable, by and large from all other ports is its sound design. The soundscape isn’t cluttered with needless noise and a grating soundtrack; it's a very fluid design that simulates the 'white noise' of a city well. Conversations of passing NPCs give you snippets of eyebrow raising dialogue, but mostly it's a steady wave or organic murmur only interrupted by phone conversations that often push Pearce's story forward, the sound of gunfire when combat strikes or an above average licensed soundtrack serving as the in-game radio. There's a more than adequate use of surrounds and the balance is pitch perfect. Voice acting in the game is equally organic and lends the necessary humanity to the game's cast of characters. 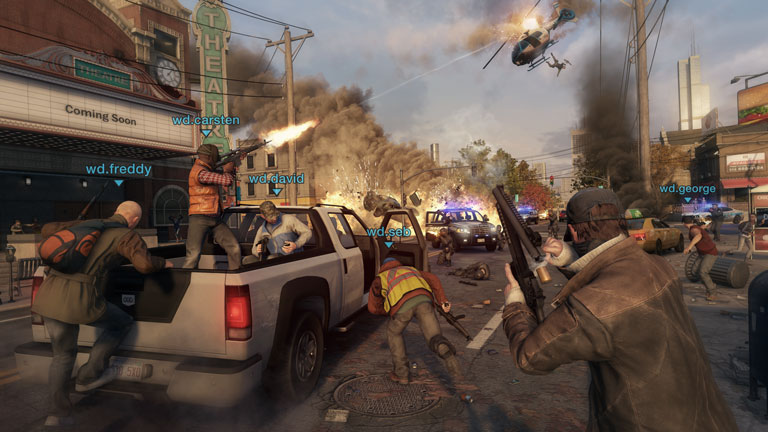 Replay value is quite high, once the main story wraps up. The in-game multiplayer system lets you seamlessly engage another player in one of many game modes including a few variations on hacking and racing. The hacking missions are the most satisfying if for nothing more than the game's driving engine being frustrating and forgettable. Whether a player will stay attached to the multiplayer all depends on their love of stealth and willingness to not explode in rage, should their opponent discover them with seconds to go during an infiltration mission. Keeping the replay offline, 'Watch Dogs' boasts a number of continuing side-missions as well as Digital Trips, fun little minigames that let players soar through the streets amidst psychedelic colors and music or take control of a futuristic spider-tank and wreak havoc. They are great 30-minute diversions, perfect for when the actual meat and bones of 'Watch Dogs' might be wearing you out. In the end, like most open-world games, it all depends on how much you enjoy the world you've invested in and how much you've acclimated to the controls, as to whether the game will continue to occupy your disk drive, hours after the main story has wrapped up. 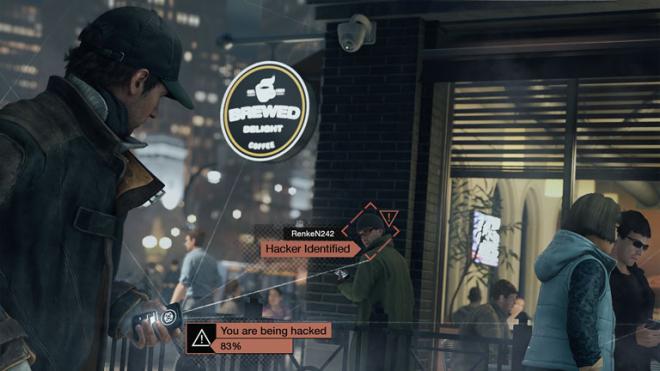 Not a grand slam or even a homerun, 'Watch Dogs' is very much akin to Ubisoft's other flagship series, 'Assassin's Creed,' in this respect, the initial entry is engaging (and frankly, 'Watch Dogs' is far more gripping than the original 'Assassin's Creed' could ever hope to be), but at times feels like a really high-quality tech demo. There's a load of promise from the Disrupt engine and the game license itself. The story of Aiden Pearce is money well spent, even if the buildup doesn’t get nearly the payoff one would expect. The little added bonuses feel tad bit gimmicky, but up until recently, Ubisoft never tried to heavily promote them as selling points. What a future 'Watch Dogs' game needs to work on are its driving physics and its graphics; there isn’t a reason why the next game should begin to match expectations of the E3 demo; what gamers have been offered here maybe lacking in sheer 'wow' factor, but had that demo never been as stunning as it was, I'd argue the end product might have been received more favorably.