'Kingdom Hearts 2.5 HD ReMix' has three games within, so the best way to tackle this is to take the games one at a time. The main game of the compilation is 'Kingdom Hearts II', the main numbered sequel to the original PlayStation 2 game. Also originally released for the PlayStation 2, it takes place after the original 'Kingdom Hearts' and 'Chain of Memories', with Sora awakening from a yearlong slumber. He, Donald, and Goofy go off to find Riku and their friends, visiting new worlds along the way.

Next up is 'Kingdom Hearts Birth By Sleep', the series' sole PlayStation Portable title. 'Birth By Sleep' is a prequel to the original game, taking place ten years before the events of 'Kingdom Hearts'. This title follows the adventures of three Keyblade wielders—Ventus, Terra, and Aqua—as they begin their Mark of Mastery exam to become Keyblade Masters.

'Birth By Sleep' allows players to work through each character's separate storyline, and slowly piece together what happened to them throughout the game. Additionally, 'Birth By Sleep' takes 'Kingdom Hearts II's' battle system and enhances it even further. The biggest additions are the Command Deck and Shotlock systems. Command Decks allow for a 'deck' of different moves that can be executed at will, and Shotlock lets players go into a first person mode to aim and fire at enemies with magic.

Many fans consider 'Birth By Sleep' to be the best title in the series thus far, and with good reason: With the satisfying gameplay and a plot that helps to really flesh out the world and lore of the Kingdom Hearts series, this title is an essential experience for series fans. Even for those that have played the original, though, this is an opportunity to play the Final Mix version of the title. With an extra secret episode and other tweaks, this version is clearly worth a replay for the new content.

Finally, there is 'Kingdom Hearts Re:Coded', a DS title that was originally released on mobile devices. Much like 'Kingdom Hearts 358/2 Days', 'Re:Coded' has been stripped of its actual gameplay elements and relegated to having its cutscenes strung together to make a movie of sorts. As for the plot, 'Re:Coded' begins when Jiminy Cricket realizes that one of his journals has been tampered with, holding mysterious messages within. Mickey then decides he must delve into the digitalized version of the journal to solve the mystery, guiding a virtual version of Sora along the way. 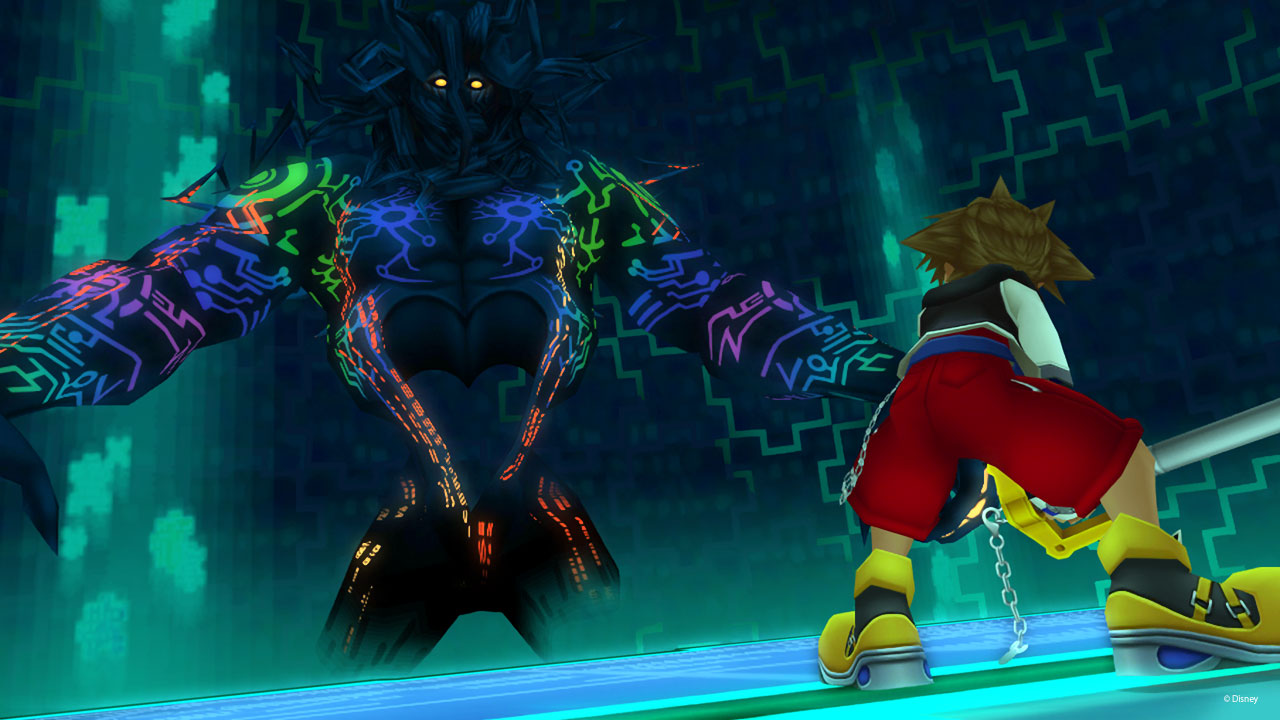 'Re:Coded' is by far the weakest entry of the compilation, for a number of reasons. The story feels a bit wandering and tends to lose its focus quite often, leading to scenes that can sometimes be just boring to watch. Whereas '358/2 Days' had a fair amount of character introduction and development to keep it entertaining without the gameplay to back it up, 'Re:Coded' does not have a similar drive to keep the narrative interesting, especially when considering that all of these events are happening in a virtual world, with questionable effects on the plotline of the series itself.

Put together, the compilation is a strong set, even if 'Re:Coded' fails to impress overall. I feel 'Kingdom Hearts II' and 'Birth By Sleep' are the best games mechanically in the series, and finally receiving their Final Mix versions is great for long-time fans of the series. Even without these perks, though, it's great to be able to almost all the games together (with '1.5 HD ReMix') on one console in a easily able to play format, giving more casual fans an easy way to catch up while waiting patiently for 'Kingdom Hearts III'. 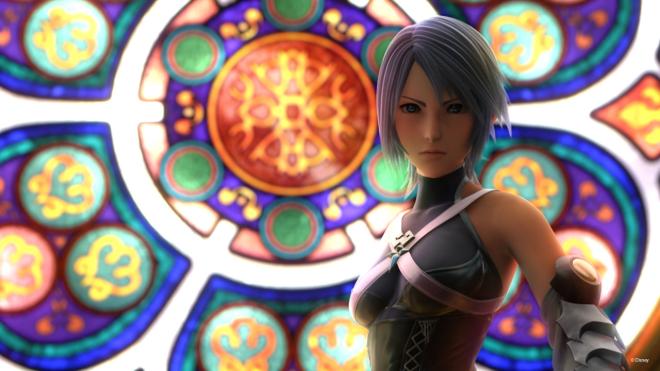 Given that this is an HD collection, it's expected that the titles of 'Kingdom Hearts 2.5 HD ReMix' are vamped up and looking good on the PlayStation 3, and for the most part they are. 'Kingdom Hearts II' actually doesn't look that different in itself, but honestly the graphics from the PlayStation 2 version aged relatively well. Even so, the HD upgrade makes the visuals both brighter and clearer, working to enhance the game's many colorful, Disney-themed worlds.

'Birth By Sleep', on the other hand, received a much larger graphical upgrade, since the title was originally released on the PSP. Character models and worlds are upgraded to take advantage of the better hardware. As such, the game looks better than ever before, which is particularly nice since the game already looked pretty good on the PSP.

Of course, while 'Re: Coded' also got a nice upgrade in graphics, the actual effects are a bit diminished since there's no ability to actually play the game. On the plus side, though, there appear to be added battle scenes to the movie, which help to keep the scenes flowing, a problem that 'Kingdom Hearts 358/2 Days' from the last compilation had. 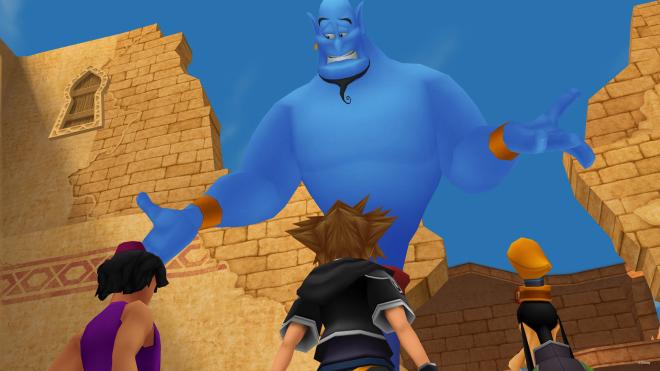 The 'Kingdom Hearts' series has always had excellent soundtracks, and as a compilation 'Kingdom Hearts 2.5 HD ReMix' does not disappoint. The mix of original and Disney-themed songs is a wonderful treat. The majority of the tracks are top-notch.

Overall, the voice acting is also of a superior quality. Many of the iconic Disney voices are done by either the original actors themselves or very good sound-alikes. The original characters also have strong voice performances, as well, though I'm still not overly fond of Aqua and Terra's voice actors. Finally, 'Re: Coded' has Mickey narrating in between scenes, making the still lines of text far more lively. 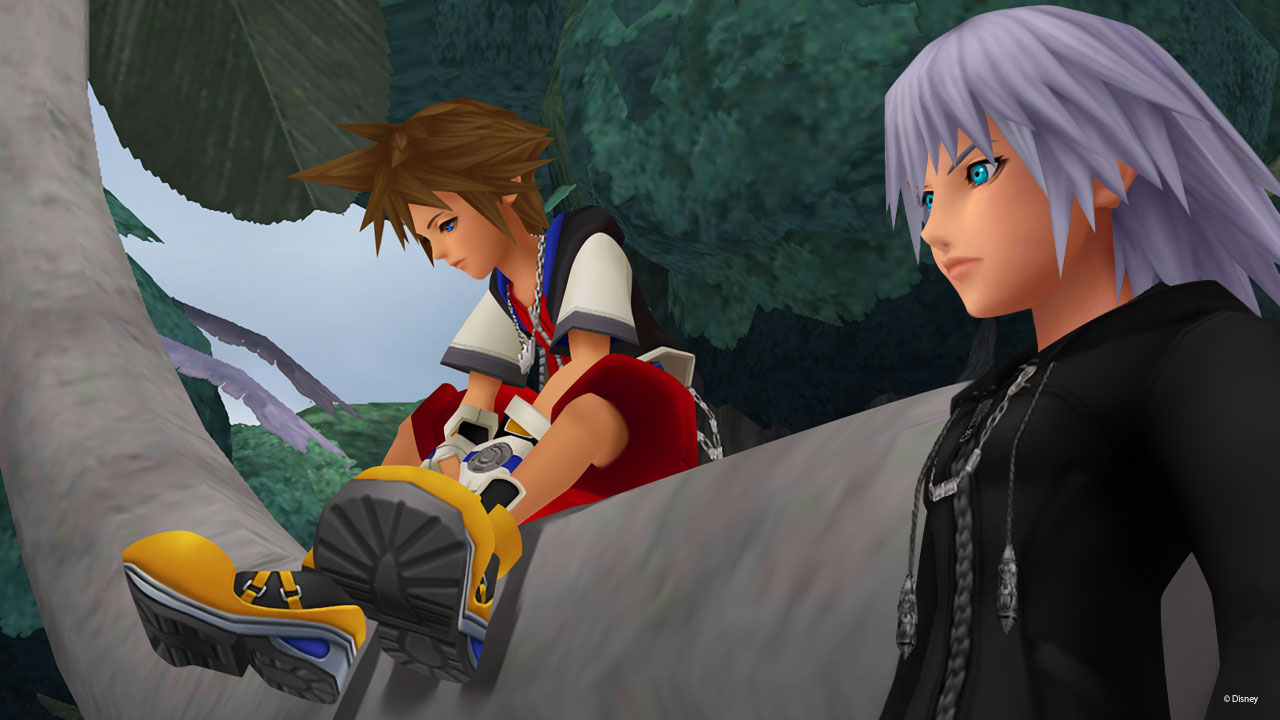 Admittedly, 'Re: Coded' loses any replay value by being regulated to movie status, but given the game's plot and how it originally treaded old ground from the first 'Kingdom Hearts', the story is overall better for it. 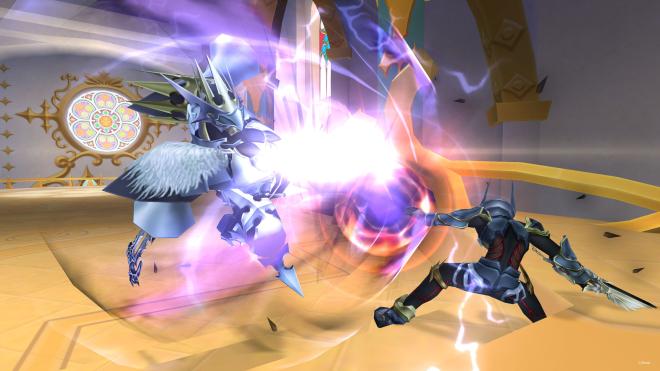 Even for those that have gone through all three of the games on offer in 'Kingdom Hearts 2.5 HD Remix', there is still plenty on offer to warrant a purchase of this collection. For starters, this is the first English release of both 'Kingdom Hearts II Final Mix' and 'Kingdom Hearts: Birth By Sleep Final Mix', which offers new content for veterans of the series to enjoy. Also, although 'Kingdom Hearts Re:Coded' is relegated to essentially a movie, there are a goodly amount of new scenes to take in.

In addition, each game has its own set of trophies to collect, which adds even more replay-ability to titles that already have a lot to do. There is little doubt that this collection is worth its price in the content department. 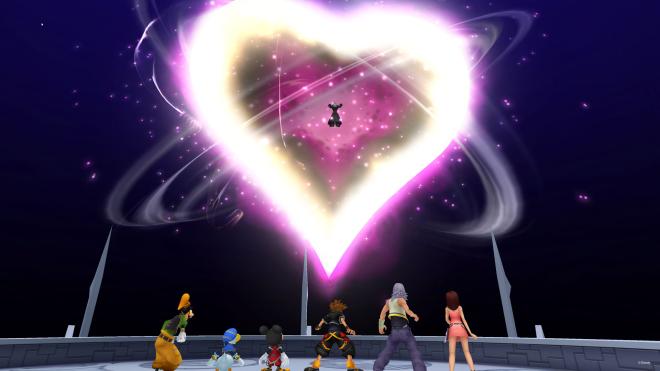 'Kingdom Hearts 2.5 HD ReMix' may not have that much new to it, with it being a compilation of past games in the series, but that does not stop it from being a worthwhile purchase. With the first English release of the Final Mixes of 'Kingdom Hearts II' and 'Birth By Sleep', and the fact that all of the games (barring 'Kingdom Hearts Dream Drop Distance') are easily available on the PlayStation 3, there is plenty of reason to be excited for this HD collection. If you have any interest in the 'Kingdom Hearts' series, or are a long-time fan, make sure to pick this and '1.5 HD ReMix' up; it'll help bide the time for 'Kingdom Hearts III' and keep your knowledge of the series' now extensive lore sharp.