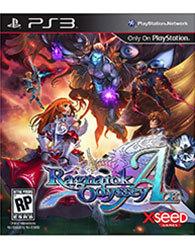 Ragnarok Odyssey ACE is a new title in the popular Ragnarok Odyssey action RPG franchise that brings players cross-platform play between PS3 and PS Vita as well as rich new content to explore. The game brings a new Tower of Yggdrasil dungeon that creates random dungeons with different rooms and enemy placement, an enhanced battle system with new ACE skills, and a plethora of new bosses, items and features. Players of the original Ragnarok Odyssey will be able to transfer their character’s basic physical features such as name, face and job class (but not clothing), as well as weapon and monster cards (cards equipped to clothing or acquired via NEAR will not transfer over). Any additional DLC acquired can also be transferred by re-downloading it from the PlayStation®Store.