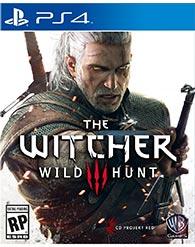 The Witcher 3: Wild Hunt is a unique combination of non-linear storytelling and open world – a fantasy RPG focused on player choice, tactical combat and a vibrant and immersive environment. Spinning the tale of Geralt of Rivia, a professional monster hunter, The Witcher 3 aims to attract gamers with a mature, novel-quality narrative told over 100 hours of hand-crafted core and side quest gameplay.

The world is in chaos. The air is filled with tension and the smoke of burned villages. The mighty Empire of Nilfgaard has struck again, ravaging the helpless Northern Kingdoms. The once-powerful who tried to use Geralt for their own gain are now gone. In these uncertain times, no one can say what future holds in store, who will bring peace to the world and who will cause it only misery. But a force darker and deadlier emerges. The petty men and women commanding tin-plated armies fail to understand that their conflict is child’s play compared to the Wild Hunt, the otherworldly threat which now looms.

Players explore the world without interruption, encountering no barriers, choosing different means of travel to reach their destination. This whole new approach to exploration means gamers can vault over barriers, swim through rapids, ride a horse across the dangerous No Man’s Land, run through Novigrad’s narrow streets, or sail under a full moon amidst the Skellige Islands.

an unprecedented feeling of space and freedom powered by a vast, rich, completely open environment, which takes 40 minutes to traverse on horseback end to end,
various ecosystems and cultures to experience,
environment which lives when left to itself,
people reacting to climate conditions, seeking shelter when it rains and commenting the weather as it changes.

An enhanced RPG mechanic binds character stats to gameplay, and does so visibly: players see their strength and dexterity alter their interactions with the game world. Smooth and responsive fighting system gives gamers full control of Geralt’s blade, challenging them to match their reflexes against those of a master swordsman. The new Witcher Senses give players the traits of a master predator, the ability to hear like a cat, see like an eagle and kill like an enraged wyvern.

a deep, role-playing experience through visually attractive, film-like presentation,
improved and advanced systems of alchemy, magic Sign casting and crafting increase the number of tactical possibilities,
a new camera system showing fights in all their glory while keeping the focus on what the player needs to see,
monsters and other foes which do not scale to player progress.

In brief, The Witcher 3 will be CD Projekt RED’s crowning achievement: jaw-dropping, captivating and unforgettable. Concluding the trilogy with a riveting story set in a completely open world, the studio will once again break new ground... and redefine the RPG.