The Game Itself
4 Stars
The Video: Sizing Up the Picture
5 Stars
The Audio: Rating the Sound
3.5 Stars
Replay Factor
1.5 Stars
Bottom Line
Recommended

PS4 version reviewed.  'The Swapper' is a cross buy title, which means the PS4, PS3, and Vita versions are included for one price.

Initially released for the PC by Helsinki-based indie developer Facepalm Games, 'The Swapper' features an atmospheric, side-scrolling puzzle platformer with inspirations clearly taken from classic movies such as '2001: A Space Odyssey' and 'Solaris' and an art style and art prodcution method rarely seen in gaming. The praise that 'The Swapper' garnered, along with numerous awards from the likes of Indie Showcase Develop Conference and Nordic Game Indie Night, eventually culminated into ports for the PlayStation 3, PlayStation 4, and PlayStation Vita systems. But is 'The Swapper' anything more than a placeholder while the PlayStation 4 faithful wait on bigger AAA titles to be released?

Focusing primarily on puzzle elements, 'The Swapper' does take noble strides to deliver a compelling, and often morality-based, story. The narrative is mostly text based with occasional bouts of dialogue between the main character and what appears to be the only other living member of the space station, Theseus. Additionally, you'll learn more about the alien race – the Watchers – through a form of sporadic telepathy. 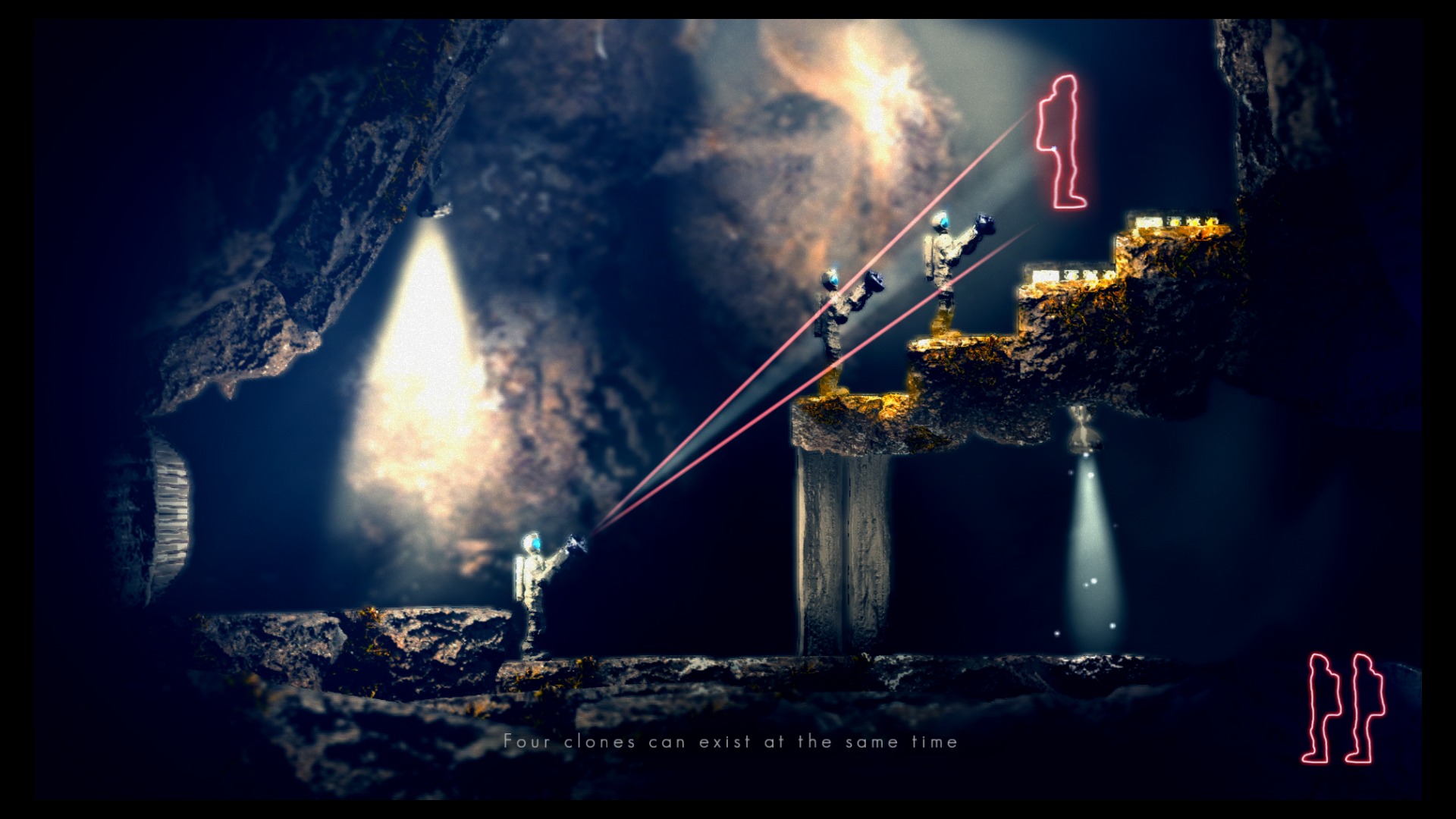 Taking control of the main playable character, it's your job to navigate through a mostly desolate space station in an attempt to acquire the orbs necessary to power various sections of the facility. To help you along the way you obtain the swapper, an alien-like tool that allows you to create mirror images (or clones) of yourself, and the ability to swap control between them. What you do, they do. Walk forward or backtrack and they follow your steps exactly. They don't ask how high when you jump from one platform to another, they just do it.

Although limited to a total of four clones available at any one time, 'The Swapper' does a fantastic job with game pacing while easing you into the more difficult-to-solve puzzles. What begins as your run-of-the-mill head scratcher, gradually escalates into more considerable, thought-provoking challenges. Regardless of how difficult the individual puzzles become, they never come across as unfair; the answer is always clearly in front of you, it's just a matter of continually thinking outside the boundaries of your current familiarity of the swapper's abilities. 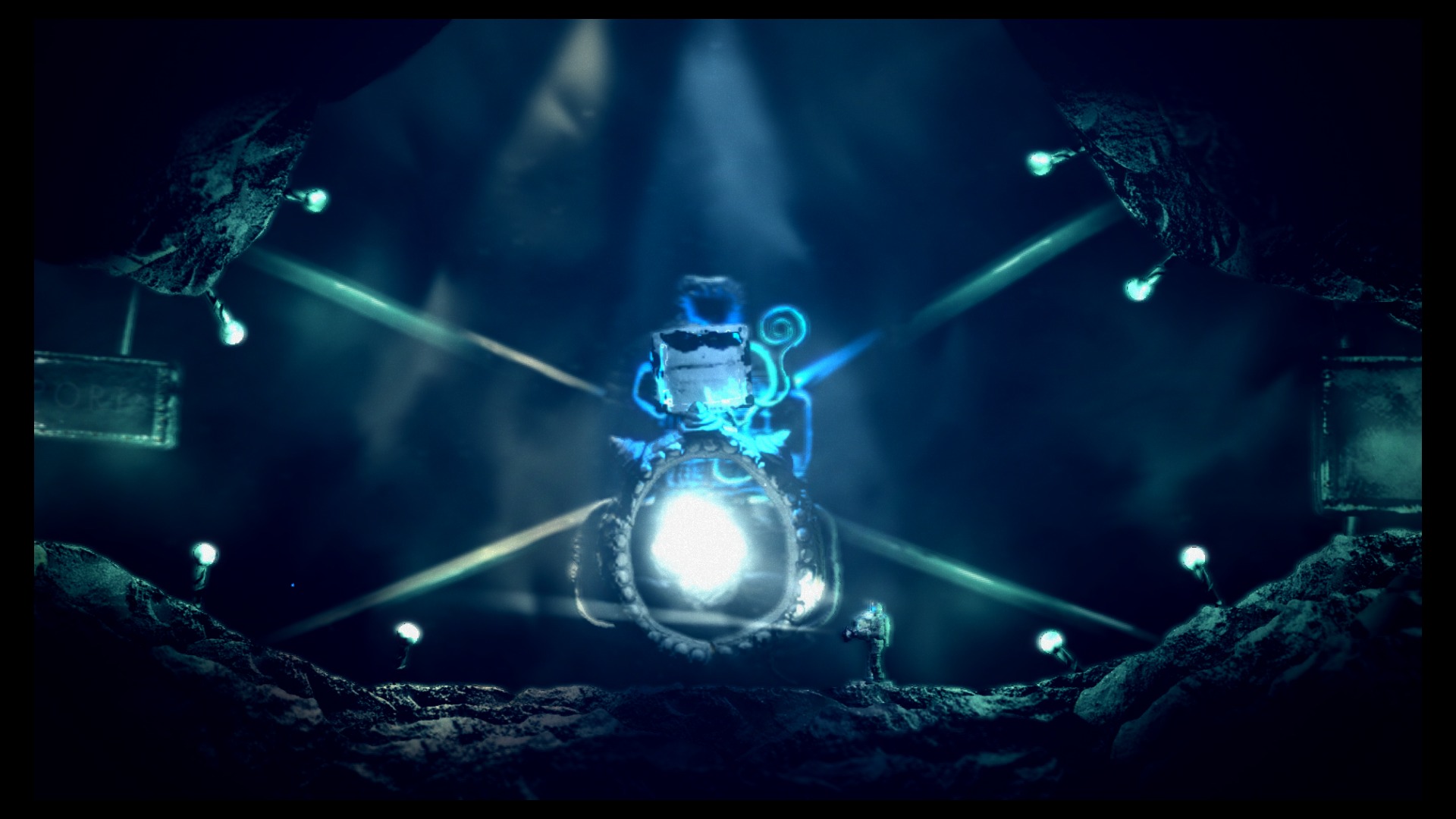 Adding to the difficulty of the individual puzzles is a variety of light sources – red and blue – that prohibit the use of the swapper's technology. One light source will limit your ability to produce a clone through, while the other will negate your ability to swap control. These light sources, generally controlled through a number of switches (or floor plates), need to be triggered to progress further in order to solve many of the puzzles. Therein lies the ingenuity of 'The Swapper'. Knowing where to place each clone, moving them into position, while working within the pre-defined limitations of the technology, will often take time to mentally register and resolve. In the end, arriving at the puzzle's solution provides some incredible 'ah-ha' moments that rival the discovery associated with Valve's 'Portal' series. They are immensely satisfying and inevitably prompt further investigation.

Although some of 'The Swapper's' puzzles will undoubtedly take longer to solve than others, the entire game concludes in just a few short hours. While some fans of the genre may be disappointed at the overall length of the game, I felt that it was an appropriate amount of time and concluded nicely. With that said, it wouldn't hurt my feelings if the developers see fit to provide future content. 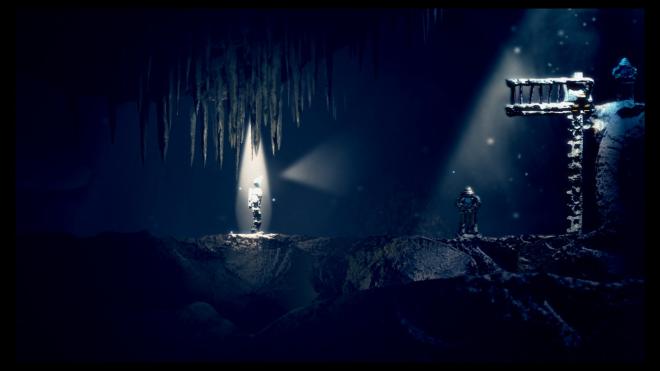 With light and shadow playing such a significant role in the mechanics of 'The Swapper', it probably goes without saying that the developers at Facepalm Games ensured that not only the mechanics work, but that they represent a significant visual style to the overall game. And indeed they do. Not only do the variations in color heighten the atmosphere to an otherwise extremely dark and foreboding game, but the added use of particles floating through these light sources further the sensation of isolation; as if nothing and no one has walked the halls of Theseus for an eternity.

Even more impressive are the impeccably detailed and originally crafted environments. Created through the use of clay and other real world materials, in place of the more traditional digital art most video games are associated with, the developers presented a world both unique and immersive. The cold and dark commonly associated with the deepest recesses of space are creatively matched with a style of visual representation that perfectly represents the mood and setting the game is attempting to capture. 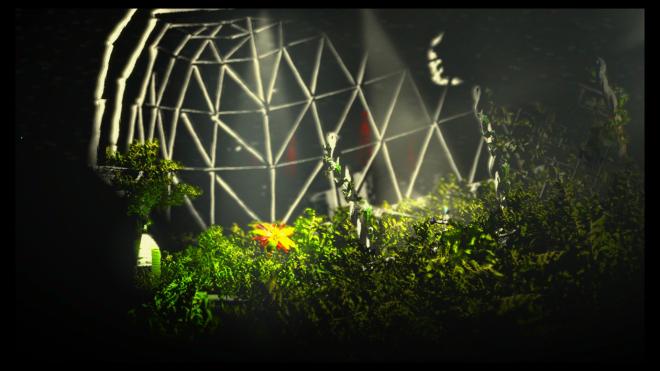 It's easy to fault a video game for poor voice-overs and lackluster sound effects when the end result is uninspiring and lacking detail. In contrast, 'The Swapper,' and its intentional limitation on the use of audio, helps to further immerse the player into a world that is clearly focused on isolation. Aside from occasional, yet brief, sequences of dialogue, the only other audio representation the game provides is from the various interactions with the space station itself: switches rotate light sources and elevators hum with repeated use. The muted sound effects and dead silences can often be more deafening than the loudest explosions generally experienced with AAA titles. It was an often odd and somewhat uncomfortable feeling that consistently reminded me of the now infamous tagline from Ridley Scott's 'Alien' – In space, no one can hear you scream.

As is the case with most puzzle games that have come before it, completing 'The Swapper' leaves little room for replayability. Unlike games that offer multiple branching story paths or a variety of alternate endings, 'The Swapper' clearly ends after the puzzles have been solved and the story has been told. A second or third play through of 'The Swapper', while not altogether inconceivable, may be better appreciated and better served after a nice break. 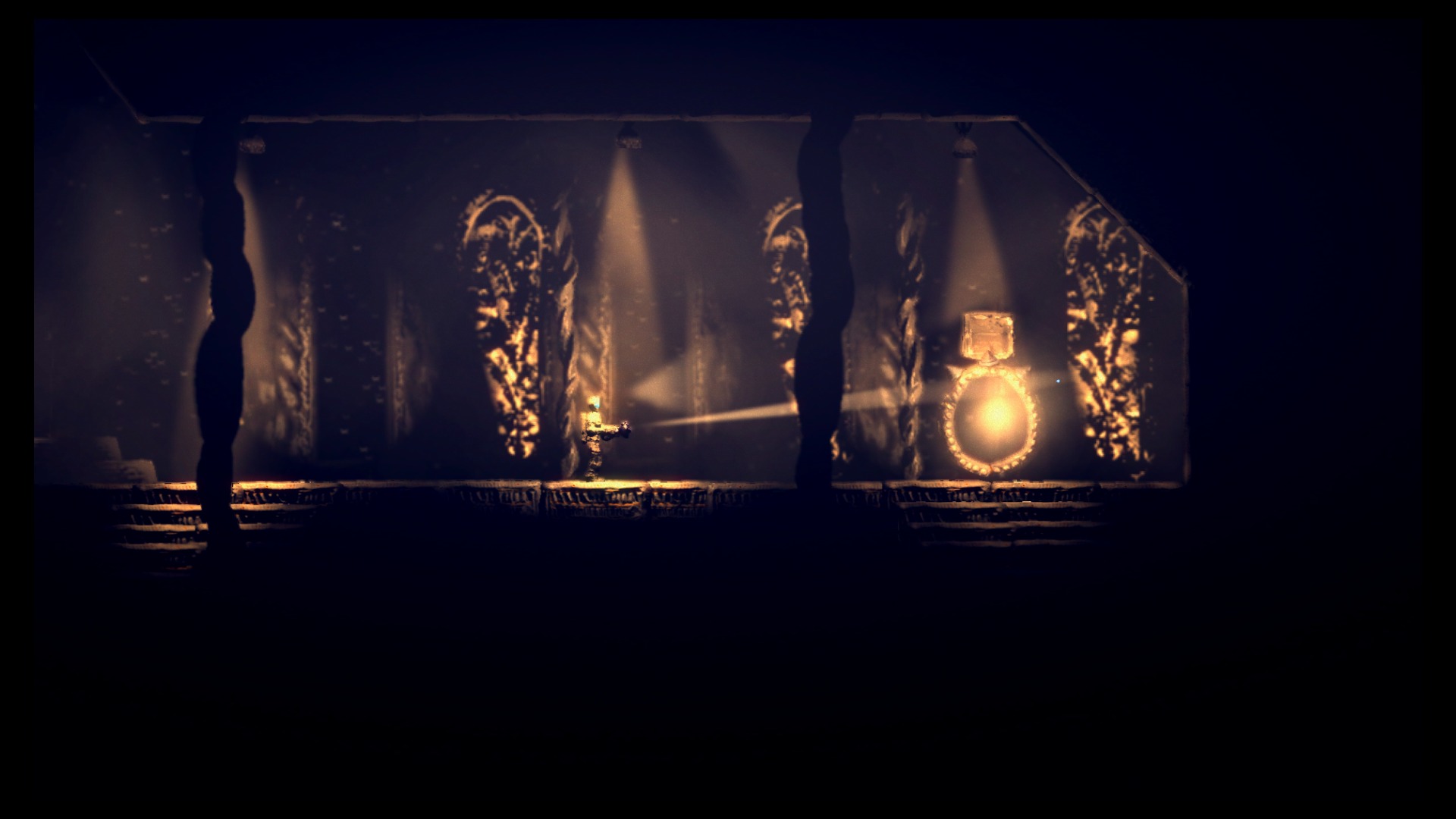 I came away from 'The Swapper' with that rare feeling of video game content and satisfaction. From the intriguing puzzles and puzzle mechanics, to the awe inspiring handcrafted visuals, there is very little that I didn't admire and appreciate. Released at a time when most gaming consoles are experiencing their yearly summer dry spell, it was a welcome addition and more than just simple filler. It prompted questions of morality with a deeper-than-expected story, while satisfying on a variety of levels with unique and challenging puzzles.