When it comes to pinball, Zen Studios continues to carry the torch in a manner that means new, inventive, pinball tables on a variety of platforms, including the Sony trio of PS4, PS3, and PS Vita. In addition to the many tables solely available in 'Zen Pinball 2,' there is a subset of six 'Star Wars Pinball' tables, to which, Zen has added 'Star Wars Pinball: Heroes Within.' With everything currently going on with the 'Star Wars' license, it seems that these four tables have been positioned as the epic finale for the 'Star Wars Pinball' series

As with so many of Zen Studios pinball tables, there are two key components to each table, the execution of the license and the effectiveness of the pure pinball design. Let's be clear, this is the 'Star Wars' license, and these are four varied table designs, even when compared with all of the 'Star Wars Pinball' tables. If purchased correctly (i.e. on the Vita or PS3), $9.99 will net the buyer versions for the PS4, PS3, and Vita. So the value proposition isn't really a consideration though there are demo versions for the unconvinced.

What remains then is to figure out just how good these tables are, and to ferret out some common features. One point to make quickly is that these four tables, for the most part, are completely focused on the original trilogy of films, with little evidence of the other three movies or 'Clone Wars' stuff. For me, this is a major plus. 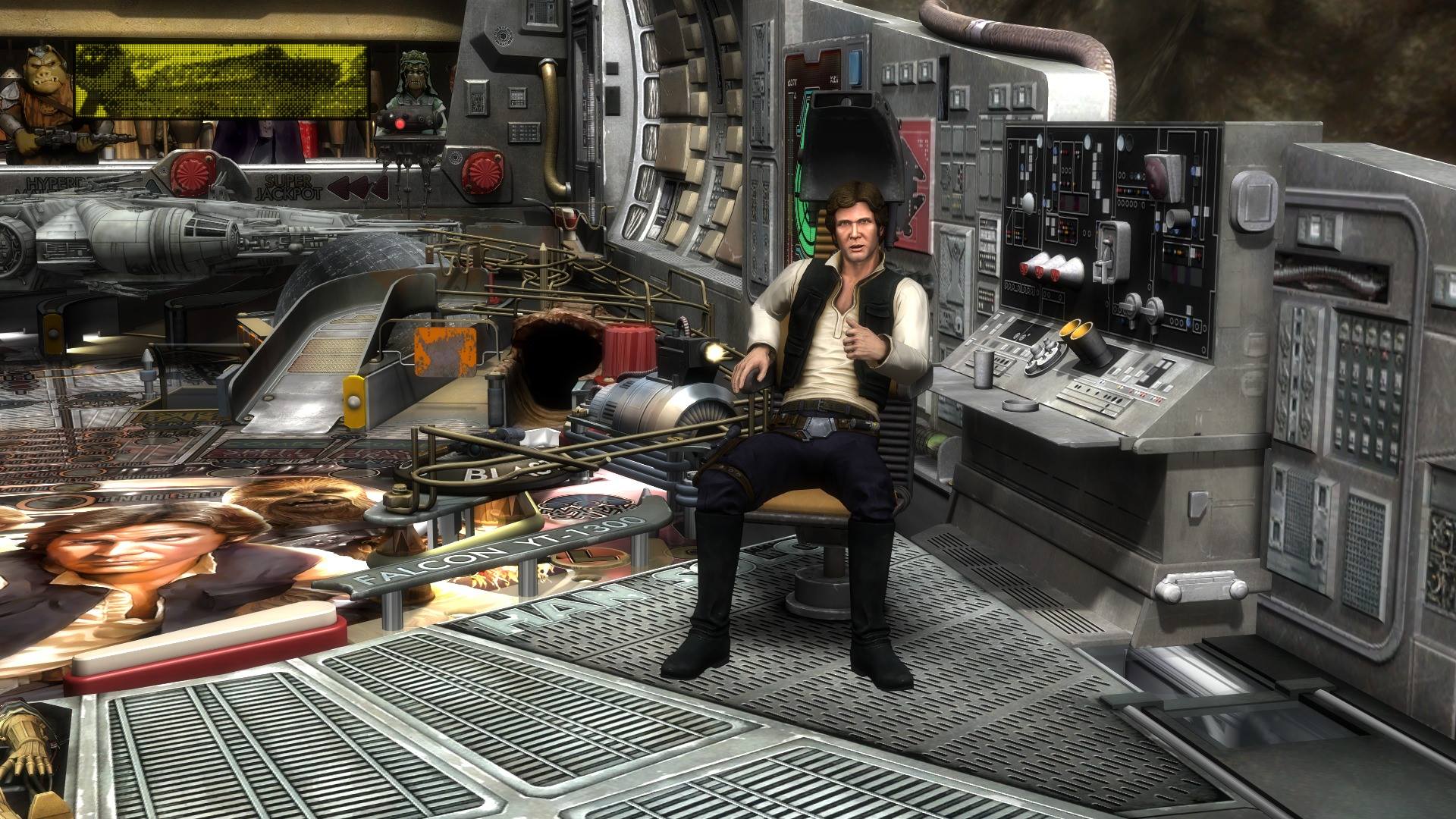 Though I first was put off by the five flipper design, the 'Han Solo' table is my favorite of these four new tables. It's the strongest of the character themed tables, and that's not because I like Han Solo so much. It's the table's design, both in basic routes and in missions/mini games. If there was something that I would change, it would be to add another Han Solo ball launching animation/audio cue and another one or two audio tracks. For whatever reason, this is the one table that seemed to offer some distinct features between the PS4 and Vita versions. I did manage to break this table on the Vita (in the asteroid minigame) worse than any other Zen Pinball that I can recall, but that may even be fixed by now. 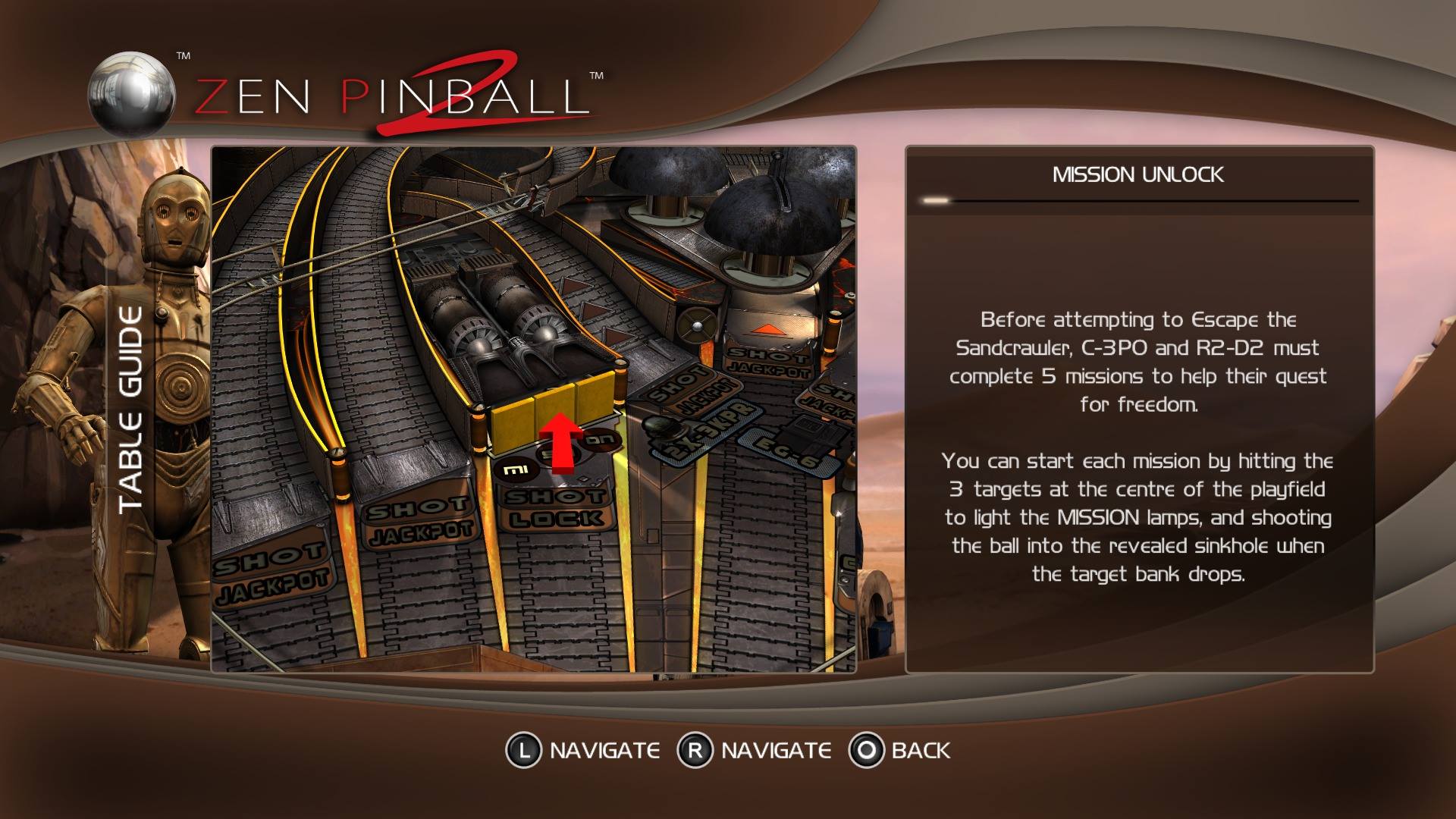 While 'Han Solo' is my favorite, the 'Droids' table is the one likely to immediately standout. The combination of sandcrawler theme, 'Escape the Sandcrawler' missions, and Droids antics reflect that this was someone's passion project. This also happened to be the table I was best at scorewise. This is also the one table of this group to have a manual launch based skill shot. (I'm still trying to figure out the upper left flipper.) Gathering up the pieces of C3PO is really fun, though the torso can be a pain, and he'll even momentarily block your view if you fail. 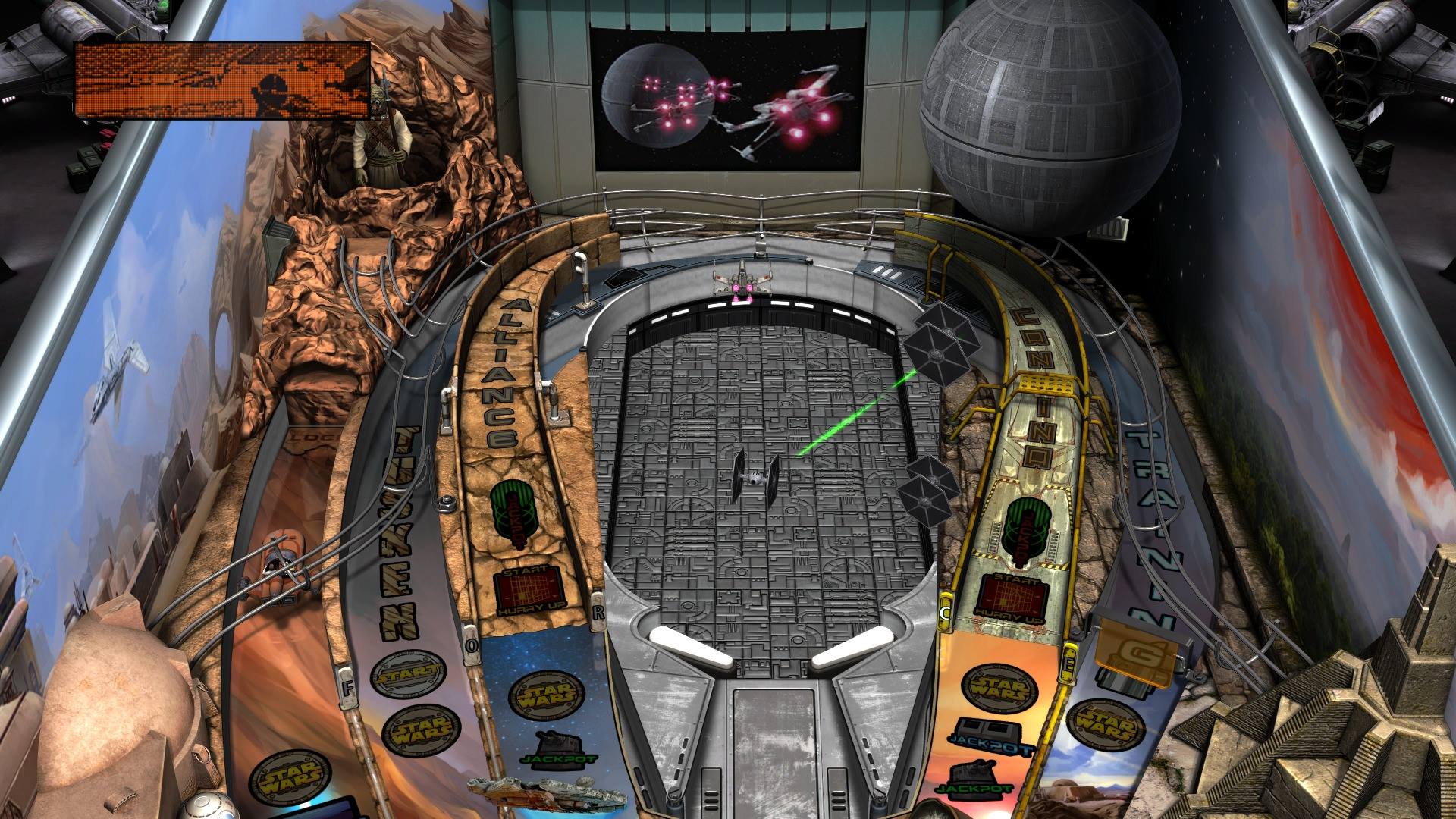 As an episode based table, this one is the most pure. The missions are all based on very specific scenes from the first 'Star Wars' movie. The layout though, is not my favorite. The two flipper design is fine, but the rotating center makes out of mission play less fun than either the 'Han Solo' or 'Droids' table. 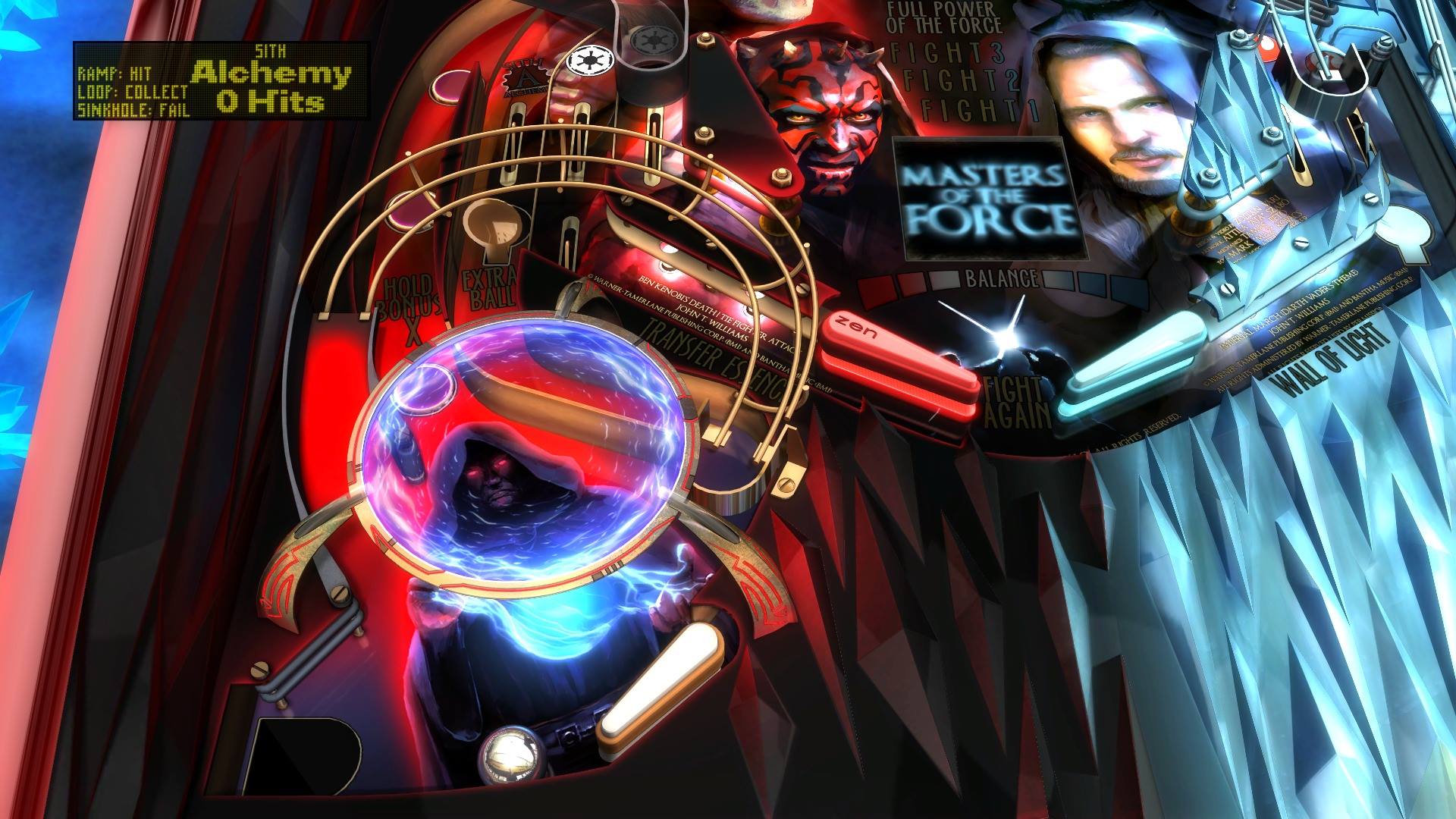 This is going sound ungrateful, but the 'Masters of the Force' table was revealed as a bonus fourth table, and a rough, unfinished quality makes this table the dog of the bunch. The basic table design is ok, but is also cause for nonstop 'Hit the Jedi/Sith Holocron' audio cues. The bottom of the table features six Jedi/Sith as part of overall red/blue scheme that does not stand up well next to the other tables, and the little render-to-texture screen's charm is lost on me. Best to treat it as a bonus.

All tables feature leaderboards and fit into the Force Rank system, and it is fun to match scores against either yourself, friends or globally. The Force Rank is as ever a nice bit of progression bonus. When playing on the Vita and away from the internet, these features are missed. The Vita can handle Trophies and local leaderboards in this mode, so not all is lost. On the PS4, the ability to quick-save when exiting a given table while in the middle of playing is nice, and the game's selective three count resume from pause can be a ball saver.

The shoulder buttons on the Vita are excellent for the flippers, and on the DualShock 4, I found R1/L1 to be preferable over the triggers. (Both are enabled at the same time.) 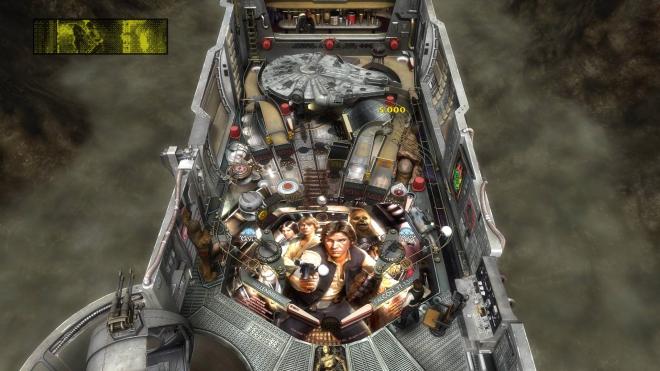 These tables are just amazing as every nook and cranny is packed with little touches. (The aforementioned quality drop in the 'Masters of the Force' table being the exception.) Furthermore, comparing the nice looking Vita version with the PS4 can feel like night and day. The extra geometry and texture resolution on the PS4 really help to present all of those details, and the animations take a similar step up. The Vita version tends to have some unpredictable load times. 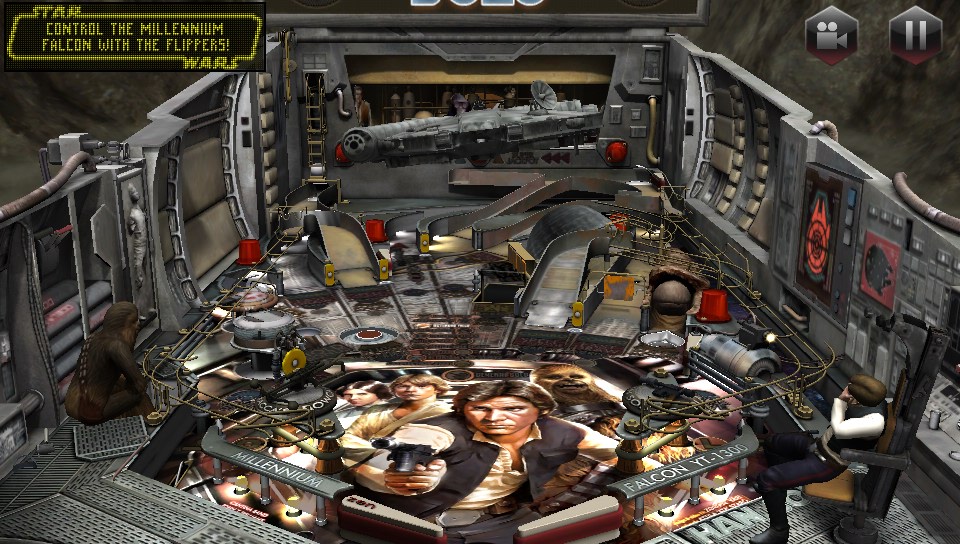 Though the game has an array camera view options, it's always View 3 for me, which essentially is the most zoomed camera. It not only allows for my best focus, but also reveals the greatest amount of detail. 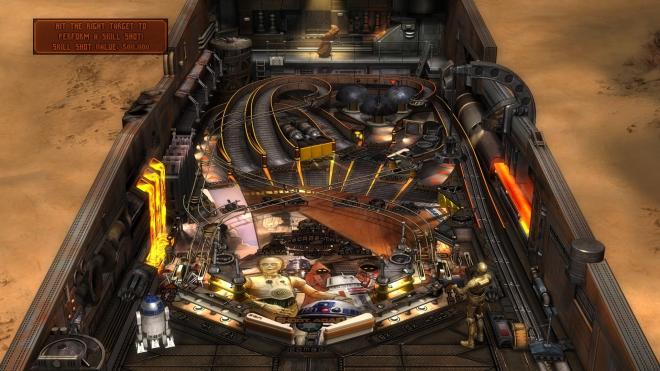 The audio isn't as much of a slam dunk as I would like. As a pinball game there is an understandable amount of repetition in the audio, and that means that some of the weaker voice actors, like with Yoda, hurt the presentation. Still, both the pinball sounds, and classic 'Star Wars' sound FX and soundtrack are exactly as most would expect, excellent. 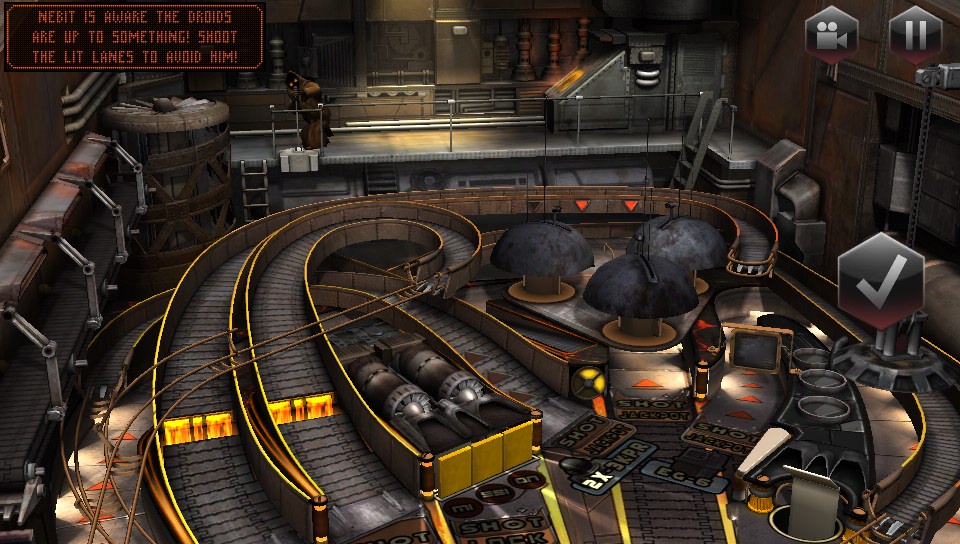 There's real challenge here, both with pure score and with mission completion. Though I didn't try the PS3 version, it's conceivable that a player could pursue the Trophies, Force Rank, and Leaderboard position for all three versions. For more casual players, the 'Han Solo' and 'Droids' tables are great both as demo material or just an occasional Pinball fix. And that's true even if you own an actual 'Star Wars' pinball table.

Vita Masters of the Force: 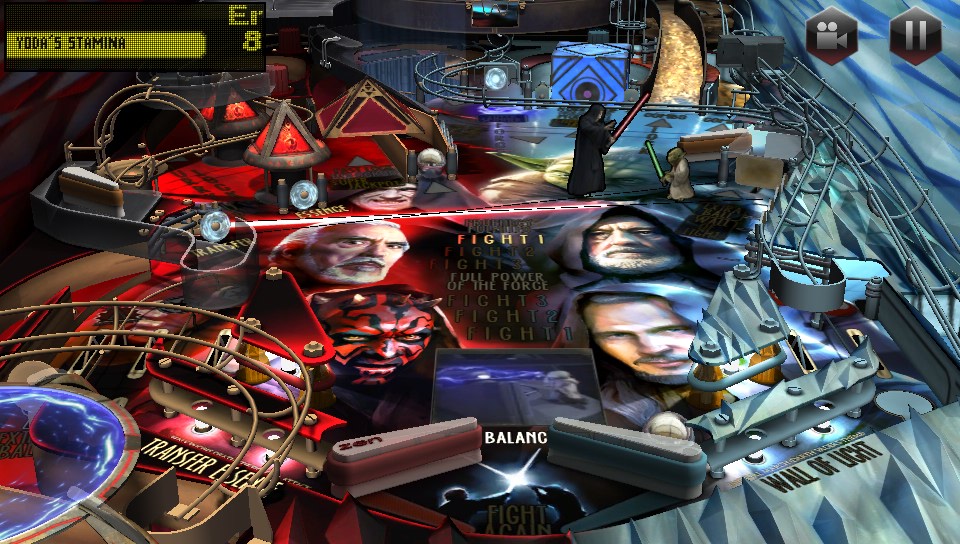 It's a little tricky, but if you buy the tables on either the PS3 or Vita, you can then import them into the PS4 version, netting all three versions. Considering that, it would be nice if the PS4 version and Vita version played better together with some kind of shared leaderboard. There is enough difference in the versions to make a single leaderboard not make sense, but being able to at least view your scores would be nice. The Vita version has a few touchscreen bonuses, such as a ball magnet on the 'Han Solo' table. The Vita can also be used to play with a vertical screen rotation, though the ensuing need for touch screen flippers makes this more of a novelty. The same could be said of Remote Play, but it works well enough. 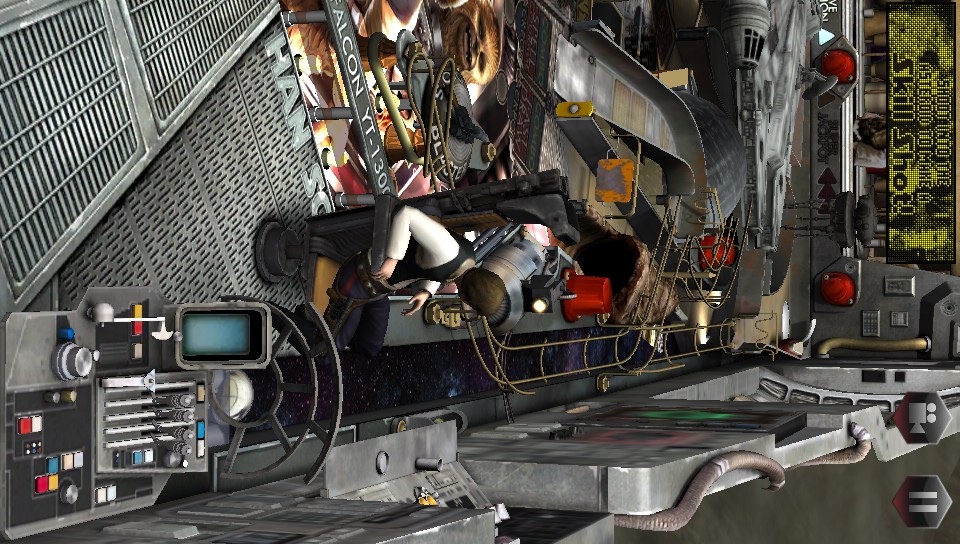 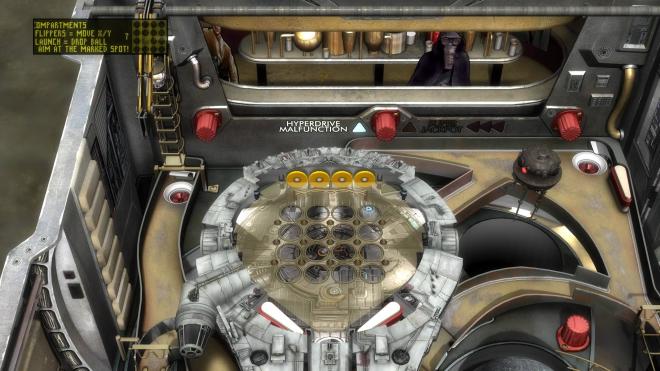 Though these are not the first 'Star Wars Pinball' tables from Zen Studios, they may be the last. That's a shame as these tables feature some of the studio's best work and are recommend for both casual 'Star Wars' fans and those though that sometimes get the urge to play pinball. These tables play great on the Vita, as even the weaker entry 'Masters of the Force' has some fun design elements, and on the PS4, 'Star Wars Pinball: Heroes Within' reaches its zenith.