The Wolf Among Us: A Crooked Mile

PC version reviewed. The episodic series is story-intensive, and the review is free of spoilers with the exception of the indicated spoiler-light section.

After the first two 'The Wolf Among Us' episodes, 'Faith' and 'Smoke and Mirrors,' established the special Telltale version of 'Fabletown' and an entire set of good, bad, and ugly fables, the third episode, 'A Crooked Mile,' arrives with some dire expectations. In contrast with the second episode, the wait between episodes has only been a reasonable two months, but also arrives as some Telltale are expressing a wish for longer episodes. 'A Crooked Mile' has the quite the tall task.

For those playing 'The Wolf Among Us' episode by episode, it's natural, bit by bit, to get a better feel for the characters, both major and minor. This leads of course to a better sense of the overall presentation of Fabletown, and the events of each episode. But what's equally obvious is how much more focused the development team is. The cliffhanger between the first two episodes was somewhat clumsy, after which the story was injected with a much-needed jolt of intrigue, sleaze, and degradation. These elements are integral to this kind of story whether it be 'The Maltese Falcon' or 'The Silence of the Lambs.' 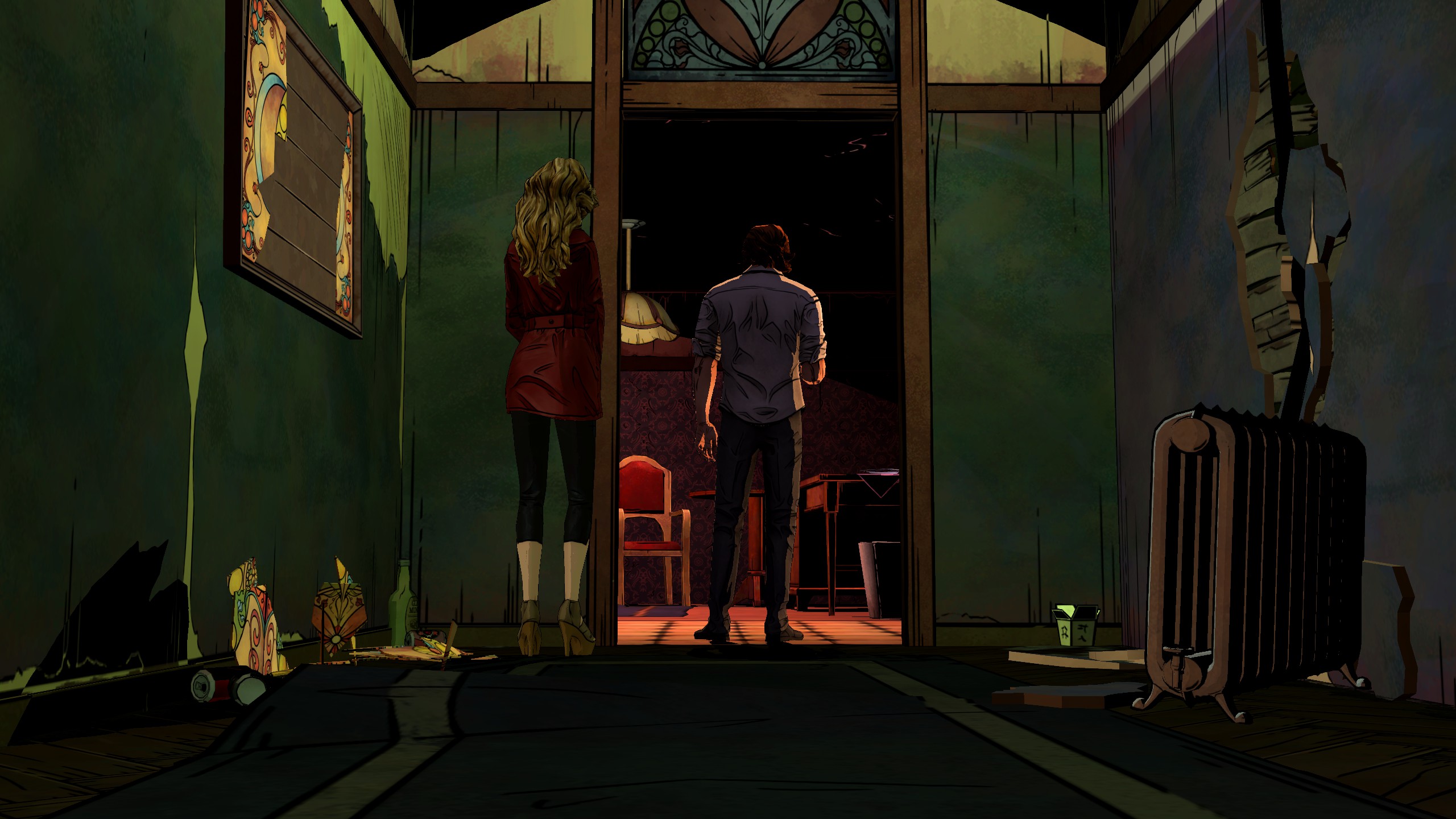 In a way, degradation is the core fiber runs through the entire concept of 'Fabletown.' With the exception of the most powerful, and likely most corrupt Fables, every character is down on their luck, trying to make ends meet, and/or willing to deep-six their scruples to keep going and maybe get ahead. And it's these people that Bigby (and whomever is aiding him at the time) must deal with. At every turn of his investigations, there is a character that is simultaneously accusing the sheriff of not doing enough, not caring enough, not doing things right, and asking for either favors or a fight before any semblance of cooperation can be considered. 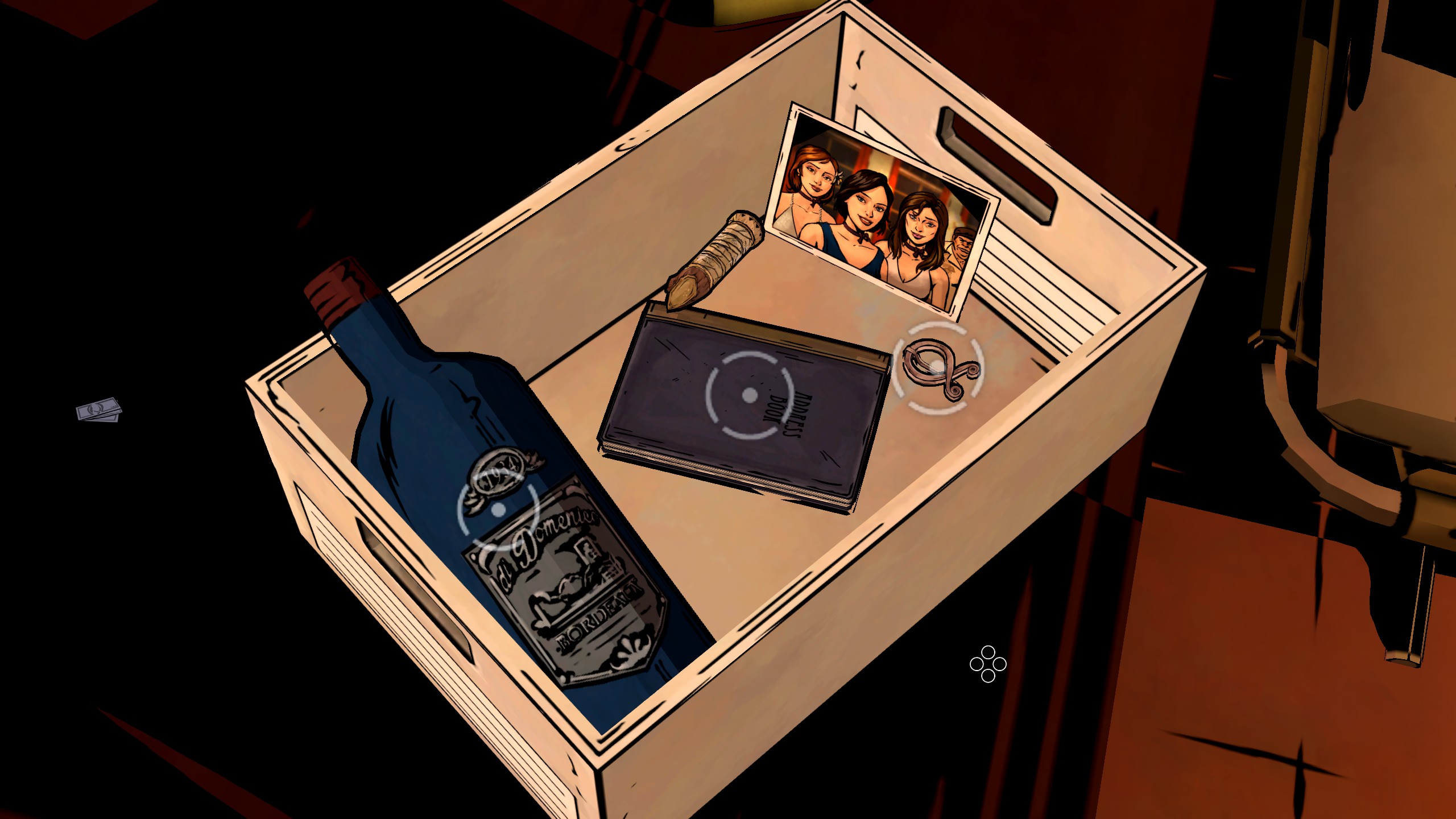 In retrospect, the first episode feels like a TV pilot, whereas now everything has been retooled for the better. The formula of clicking the environment enough to move on to a quick time action scene has been completely displaced by shrewd wordsmithing.

'A Crooked Mile' picks up directly with the concluding scene of the second episode, and while it helps to establish the thread of the story, the ongoing annoyance of Beauty and Beast is enough to make swear out loud while playing. It's to the point with their characters that I wish I could fast forward through them and their endless marital squabbles. But after they depart for the better, the subsequent (pre-credit) under the bridge funeral scene instantly crushes all of the settings of the first episode. After negotiating that particular volatile situation, the player will have to decide who to listen to as to where to take the next step of the investigation, and even consider how best to pursue three possible leads under a deadline. 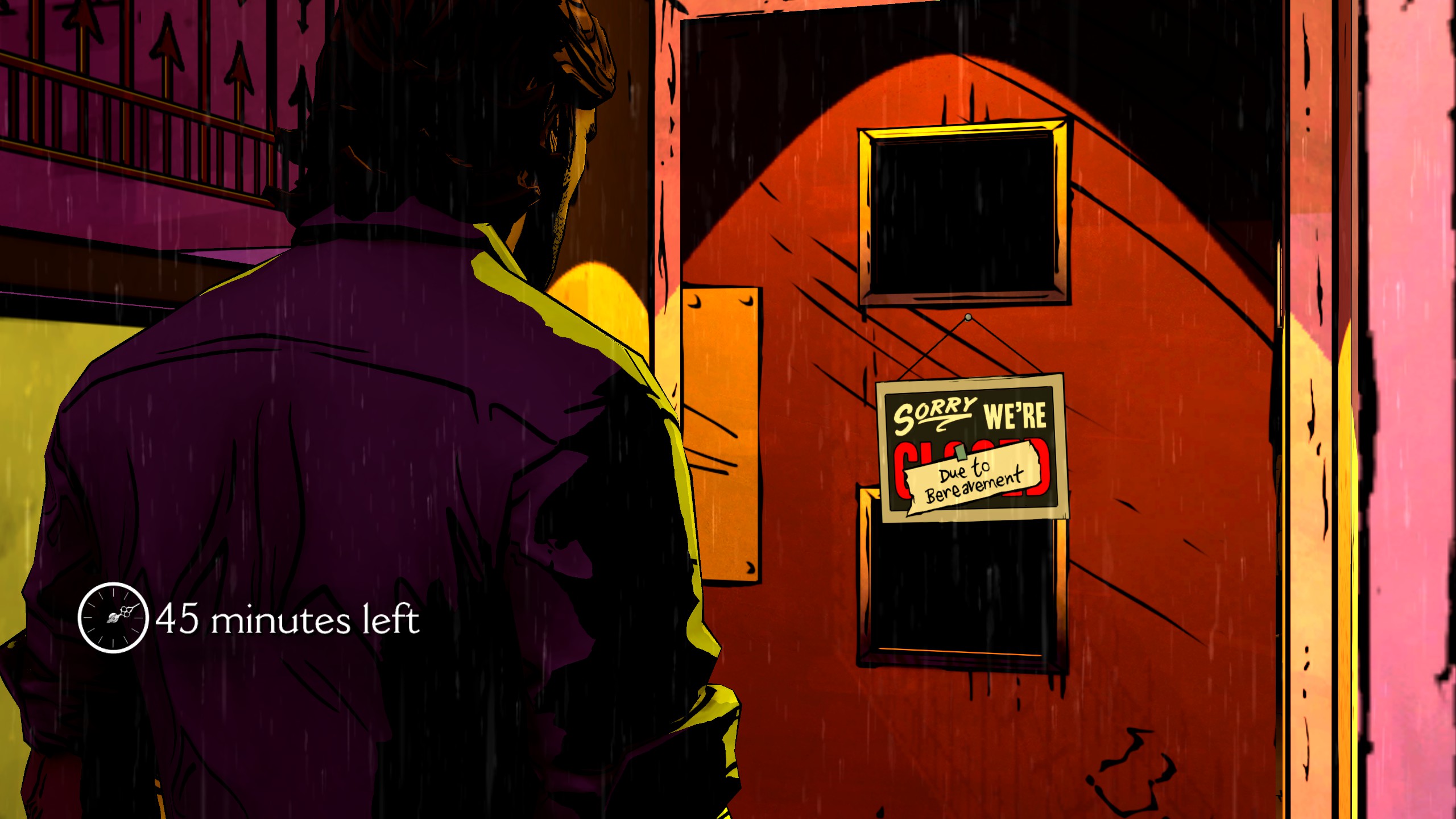 'A Crooked Mile' manages to satisfy one of the biggest case aspects opened in the series thus far while carefully introducing the next echelon of corrupt antagonists. Playing as Bigby as he navigates through so many charged characters, can feel like walking on eggshells, which makes cutting loose all the more savory.

One common complaint about the second episode was its length, and 'A Crooked Mile' may be even shorter. There were a few times when I felt frustrated by having to talk to certain characters and not having the freedom to cut to the chase, but this impatience seems very in line with the story and the normal uncooperative nature of the Fables. Other than that, it feels like a lot of the fat has been trimmed away, making for a much potent game. Previous episodes tended to force long interactions with the Mirror, for example, or have you search around an entire scene only to have one character or camera then move and direct you to search again. Not this time, and that suits this reviewer just fine. Nothing but the best that the game has to offer. It made the times when I was in full control of Bigby feel worthwhile, and made the investigation feel more like my own. 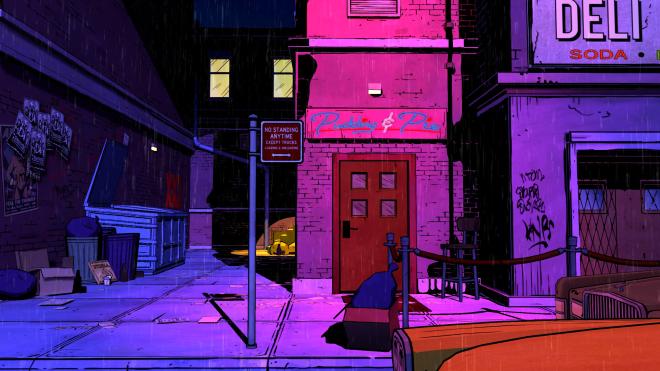 While several settings were recycled from the prior episodes, it no longer feels like an issue. The Trip Trap for example was put to excellent use with a very economic amount of new environment added in. Though lacking the dynamite ultimate scene of 'Smoke & Mirrors,' it just seems evident that each area is given more personality. No yards or living rooms to wander around pointlessly in. (There actually is a living room, but it doesn't feel pointless.) Not unlike certain plot points, there are few things visually (areas, characters, etc.) that seem extraneous and inordinate now, but likely will come into play in latter episodes. (Not unlike watching 'The Winter Soldier') 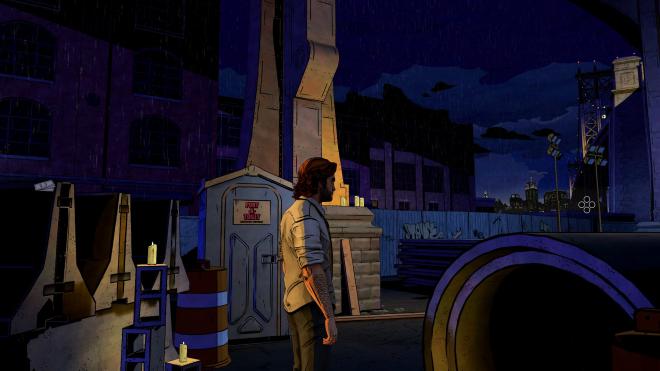 I love the soundtrack as it cooks the mood perfectly. And yet, could we maybe get a new audio track or two? At one point I thought, "Wait, is this music all there is for the next two episodes?" The sense of recycled Telltale voice actors returns but is nowhere near as big an issue as it was in 'Smoke & Mirrors.'

In general, the audio feels less dynamic than it should be. The scene with the answering machine is just one example how overly quiet the sound design is. Presumably, Telltale wants dialogue to always be paramount, but the lack of ambient sound hurts an otherwise strong and stylish audio presentation.

The triple option, time-limited investigation is instantly tempting to replay, and the splashy last sequence comes to the player seemingly without the typical artificial lengthening, though there is one new character that just seems to be begging to be thrown into the fire as recompense for wasting Bigby's time. Still, the cliffhanger nature of the episodes dictates that the gravity of any episode is subject to the whims of the succeeding episode. 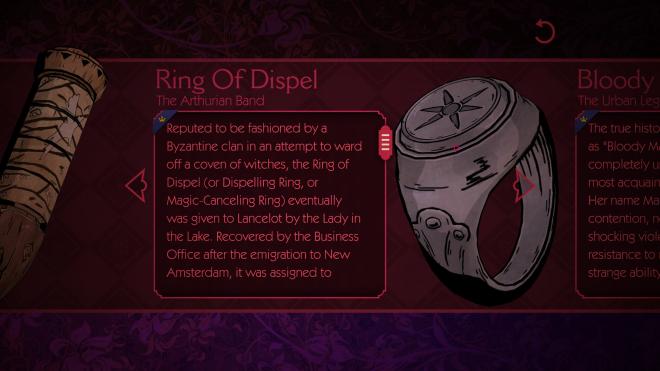 Hurray for the return of working global player choices. The purely investigative issues are the most interesting for me and succeed in making the experience feel a little less solitary. Playing the game with others present is as fascinating as ever. The character entries are getting water downed episode by episode, and the very vanilla achievements have really fallen into an uninteresting state. 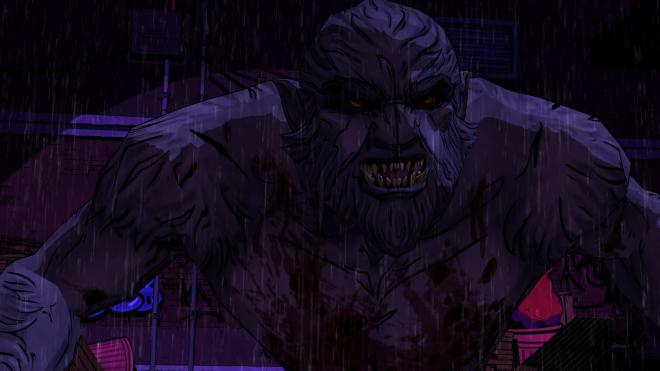 Detractors of the second episode are likely to get even more chirpy after playing 'A Crooked Mile,' but I completely welcome the well-focused story, investigative avenues, and the excising of the less compelling, enter a room and click things formula. Bigby and Fabletown have grown into vivid characters worth playing while the series seems to be subtly approaching a critical mass. While it would be luxurious if Telltale would spring for more music tracks and some achievement-worthy objectives, the hope has to be that the final two episodes of the series can maintain the high quality achieved in the second and third episodes.