The Game Itself
4.5 Stars
The Video: Sizing Up the Picture
3 Stars
The Audio: Rating the Sound
3.5 Stars
Replay Factor
4.5 Stars
Bottom Line
Recommended

Digital 360 version reviewed. A big thanks to White Noise for delivering the review code.

The 'Tropico' series began in 2001 as a development and management sim created by PopTop Software, which would later fold into Firaxis. The idea being that the player had to dictate the running of an island nation, and the series has persisted on the this fun concept ever since. After several developers and publishers worked on the series over the last decade, 'Tropico 5' was released on the PC earlier this year. It is now available on the Xbox 360, having been developed by Bulgarian studio Haemimont Games. Like its predecessors, the game is a real-time strategy (RTS), with the player in charge of the development of a small island nation.

'Tropico 5' is a management and city building sim, not vastly different from a 'SimCity' or a 'Civilization' title, although unlike the latter, this game does not have turns. The game can be paused to give orders, and time can also be sped up indefinitely. The player is primarily responsible for guiding the nation’s economy, which is done by building roads, plantations, ranches, mines, and other industrial facilities. As the diversity of products increases, the value chain becomes increasingly complex. Basic resources like fruit, meat, and ore can be converted into far more valuable commodities like textiles, alloys, and luxury items. All resources can be exported, which is how the nation earns money. Technology is unlocked with academic institutions, allowing advanced upgrades and buildings. Time is measured in months, with each month equating to a couple of minutes of real time. 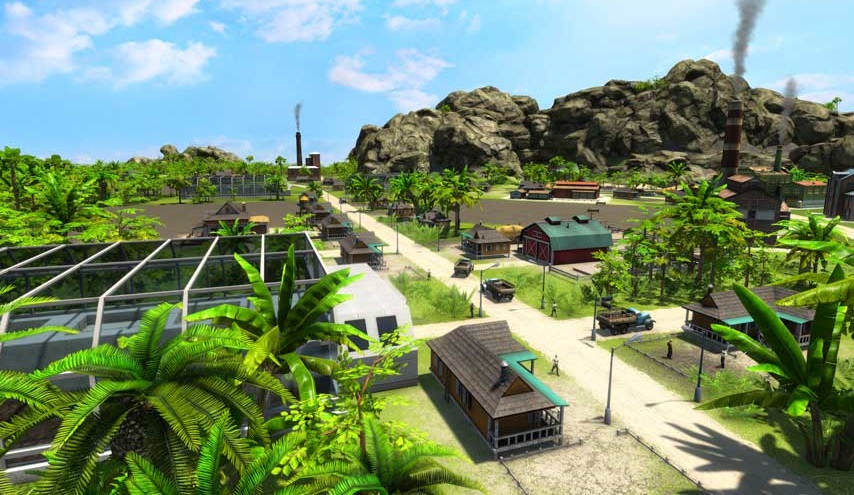 The campaign goes through several stages. The first stage is the colonial governorship. As governor, I was responsible to the distant Crown. They gave me a temporary term of four years, which they extended by completing specific objectives. Sometimes they had me build designated facilities, other times they demanded a tribute. Tropico must gain its independence before the colonial governorship expires, which moves the campaign on to the next stage, the World Wars. Each stage roughly corresponds to a real life period throughout the 20th century and beyond, and each stage has a different objective that must be met to move on. The game uses two separate islands which are alternated between stages, allowing for completely different management styles throughout the campaign. One of my islands became a sterling example of democracy and freedom, with high happiness ratings and frequent, free elections. The other was a proto-Soviet totalitarian police state, with infrequent, rigged elections, a nascent rebel network (which I frequently meddled with through the use of bribes and murder), and rampant dynastic corruption. In short, I was an enthusiastic dictator. 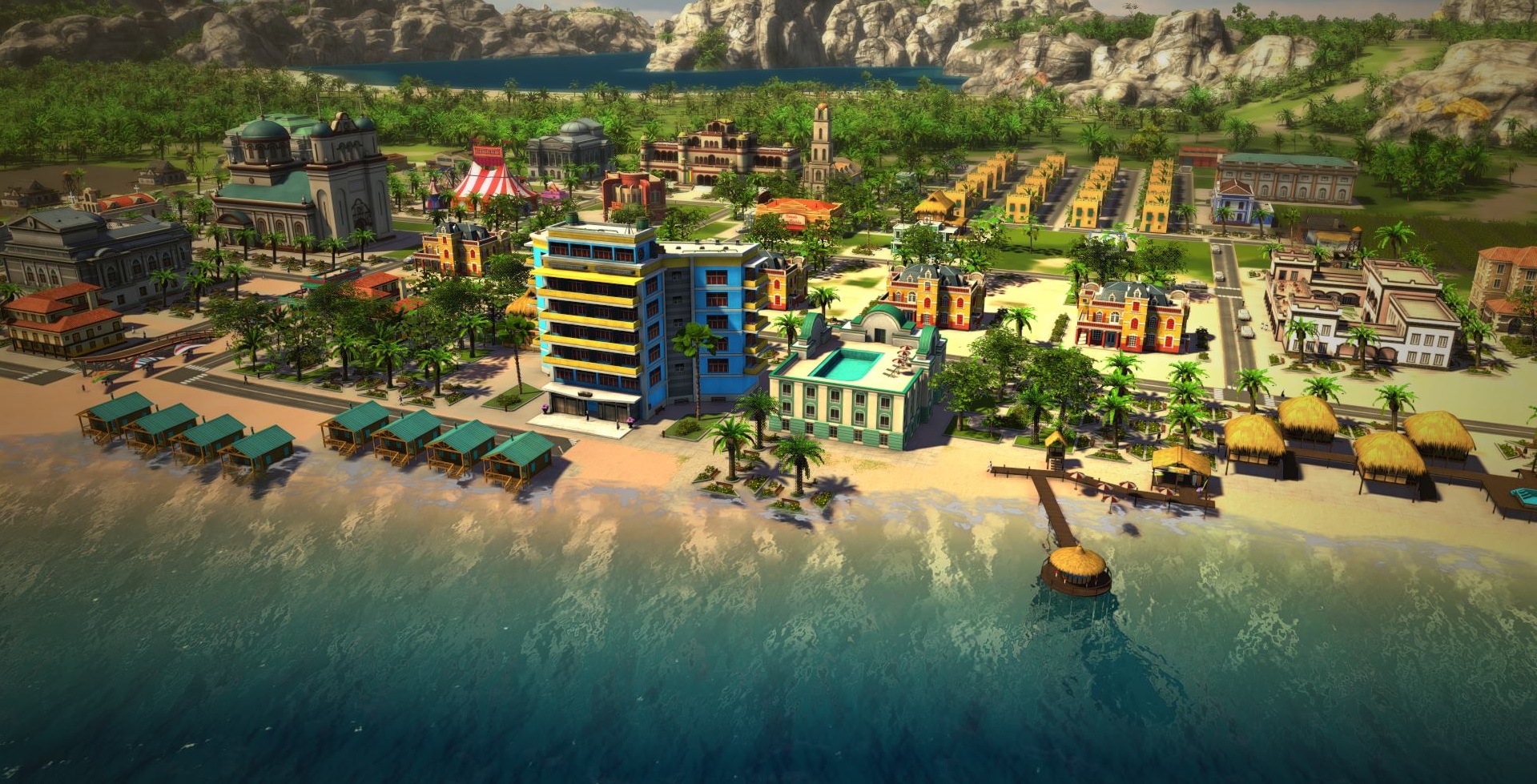 Rather than shy away or vilify the role of the dictator in politics, 'Tropico 5' embraces it. Concepts like graft, political and religious oppression, and the lavish lifestyles of despots are caricatured and satirized. The game has a sharp, dark sense of humor, quite content to crucify tyrants and foreigners alike. One of my favorites was the depiction of tourists, which are categorized into slobs, hippies, richies, and more, with strategies for attracting each type into Tropico for profit. As a frequent tourist myself, I can appreciate the sentiment.

'Tropico 5' allows for a high degree of micromanagement by the player. Supervisors can be hand-picked for each building based on the bonuses desired. Upgrades can be purchased to increase efficiency and environmentalism. The budget can be set for each facility, down to the smallest houses. Opposing factions vie for power in each stage, both within and without. Embassies can be built to court favor with global powers. Invasion can even occur if other nations are not appeased. During one particular invasion by a neighboring island I had been squabbling with, the battle was not going well for me. I had lots of infantry and they were loyal because I had approved higher military pay, but were unable to take down the mass of enemy tanks. Just as they were approaching my palace for the coup de grace, the 'Tropico' gods smiled on me and sent a tsunami. This flooded many of my buildings, but also washed away the rest of the opposing force and allowed me to survive. 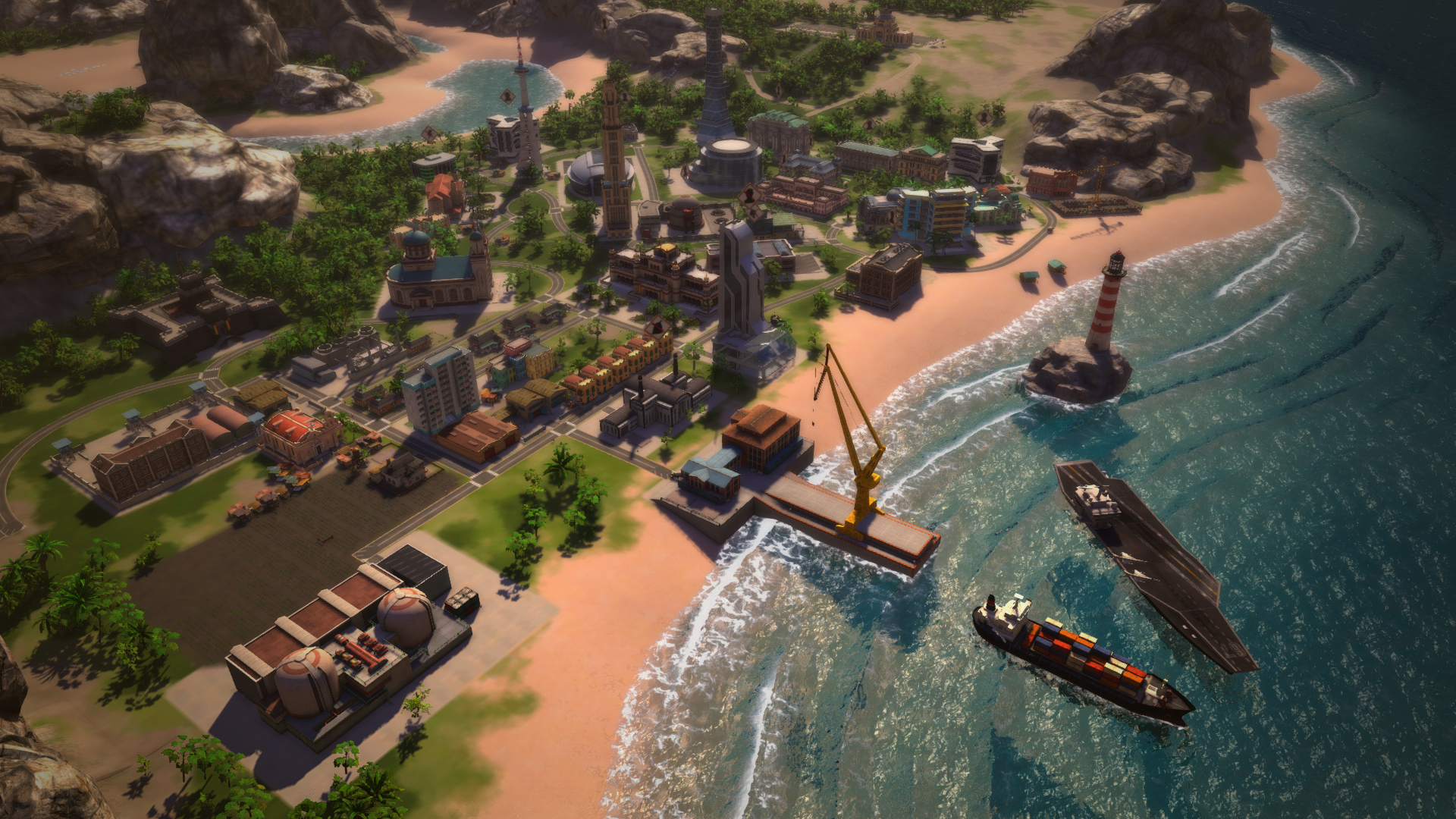 Despite the intricacies of the mechanics, there is only a short tutorial on offer, which does not explain every feature. This wouldn’t be so bad if there were tooltips or some such during gameplay to explain different concepts, but I was mostly left to sink or swim. For instance, freight trade is crucial, yet it was hardly touched on during the tutorial. There are various overlays that can identify weak spots in police and environmental conservation, with nary a word to explain their use. There is definitely an assumption here of previous 'Tropico' experience by the player. Gamers new to the franchise will have a handicap. There are also problems with the controls. Any console port of a strategy game is going to have problems, because this type of game is just not ideal when played without a mouse and keyboard. Because of this, the controls are a bit fuzzy and inaccurate. Trying to select the correct building in a densely developed area took me a few tries, even when the camera was fully zoomed in. The in-game menu is poorly designed for a console, as holding either trigger brings up a row of pictures with no accompanying text to describe them, requiring trial and error to memorize their function. 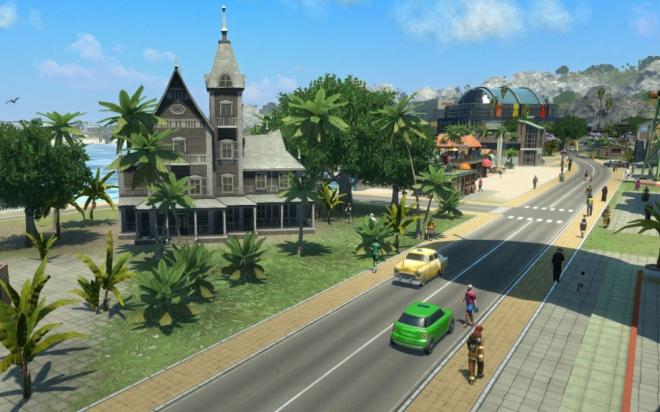 For a release so far into the Xbox 360’s lifecycle, I had expected a prettier presentation. Even for a more budget-oriented series, 'Tropico 5' looks a bit old. There hasn’t been significant progress on the visuals since 2009’s 'Tropico 3'. Models are blocky and simple, the lighting is anemic, and the smoke and water effects are dated. Objects have a habit of popping in and out as the camera is moved around. 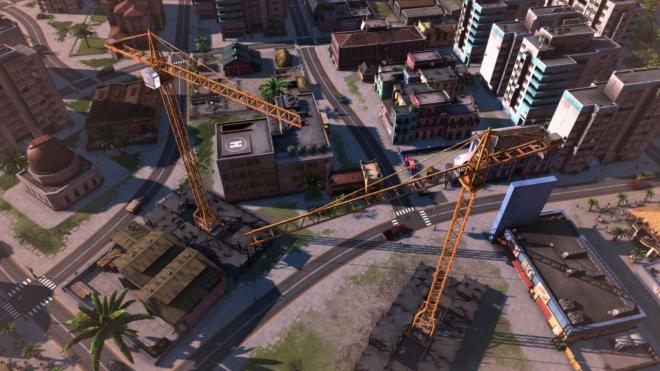 There is a Latin- and jazz-themed soundtrack that fits in perfectly with the game’s banana republic aesthetic. It is rather short though and plays itself out quickly, soon becoming background noise. The voice actors ham up their stereotyped roles very well, especially the young girl who does the propaganda broadcasts with aplomb. She serves as both comic relief and an advisor by making fun of citizens when they complain about services that are insufficient.

'Tropico 5' is the kind of game that lends itself well to endless replays. It has a glorious sandbox mode where all manner of options can be tinkered with, from the size of the island to difficulty to frequency of natural disasters and many more. Each playthrough can also be started from a different era and with new victory conditions, allowing for more diversity. 'Tropico 5' is also the first game in the series with multiplayer. Matches can be played with another player in co-op and versus modes. Each mode is won by completing random objectives assigned to players. Multiplayer is fun, but a versus match is rather long - at least an hour, usually closer to two. As with any multiplayer game, the chances of the opposing player sticking around slowly dwindles as time goes on. An incompetent AI opponent will fill in if a player drops, however. 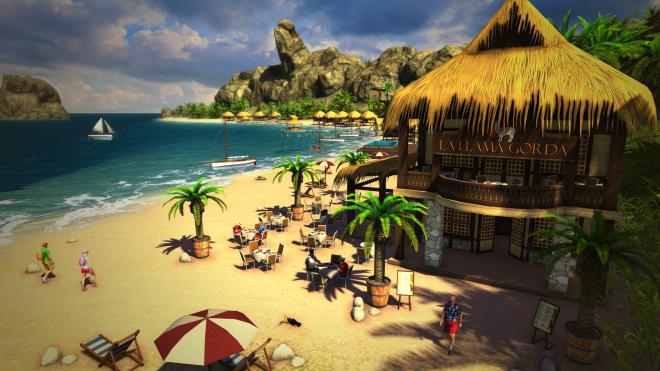 'Tropico 5' is less of a sequel and more of an update for the franchise, as could be said of its immediate predecessor. It is more accessible to a grizzled 'Tropico' fan, but the gameplay is still as addictive as ever. The limited multiplayer and lovely sandbox mode give the game legs, even if it’s hampered by some visual and tutorial issues. Deep city building mechanics and a sardonic sense of humor make it stand out in the sparse field of simulation titles on the 360.