The Game Itself
4 Stars
The Video: Sizing Up the Picture
3 Stars
The Audio: Rating the Sound
2.5 Stars
Replay Factor
4.5 Stars
Bottom Line
Recommended

When taken in the context of the first-person shooter, specifically the online component, the sniper class is viewed by many as "cheap" or the go-to for the dreaded, "camper." Yet, I'd make the case that even those who malign said class, find it infinitely rewarding to play as now and again. The sniper has made his way into many games, including two series' specifically devoted to his stealthy specialty. It's Rebellion's 'Sniper Elite' series that since it's inception in 2005 has amassed a tidy following with the original Xbox/PS2 version fetching a pretty penny on the secondary market. 2012's 'Sniper Elite V2' would bring the little underdog of a game series back into the forefront with a solid but not flawless single-player campaign and largely tacked-on multiplayer. With two games taking place in the familiar locales of the WWII Western Front (i.e. a lot of bombed out cities, bases, and countryside), 'Sniper Elite III' enters the fray taking not just the series, but the WWII game genre to a vastly unfamiliar territory: Africa. Dropping players into action as Karl Fairburne, a gravely voiced, stoic OSS officer; budding snipers will find themselves entering an entirely new realm set across eight distinct missions, opting for a more open-world feel to gameplay than either of its predecessors.

As has been the bane of the previous 'Sniper Elite' games, 'Sniper Elite III' suffers from a pure afterthought of a story, giving characters a clichéd hero to rally behind and a plot pulled from any number of WWII games, films or both. The end goal is always the same: find your target and kill him. Along the way, as players stretch through the vast and sometimes confusing landscapes, optional objectives pop-up from the mundane disabling an enemy motor pool to meeting up with informants inside heavily guarded fortresses. The third-person action from the previous games holds up wonderfully here and the Asura engine feels a little smoother on this outing, although there are still a fair share of minor glitches including but not limited to clipping and barrier issues (namely your bullet hitting an invisible collision when peaking ever so slightly over a ledge). It's not a game breaker, but at the same time, are factors that stretch back to the original game in the series and continually hold the franchise back from being a truly polished piece of work. 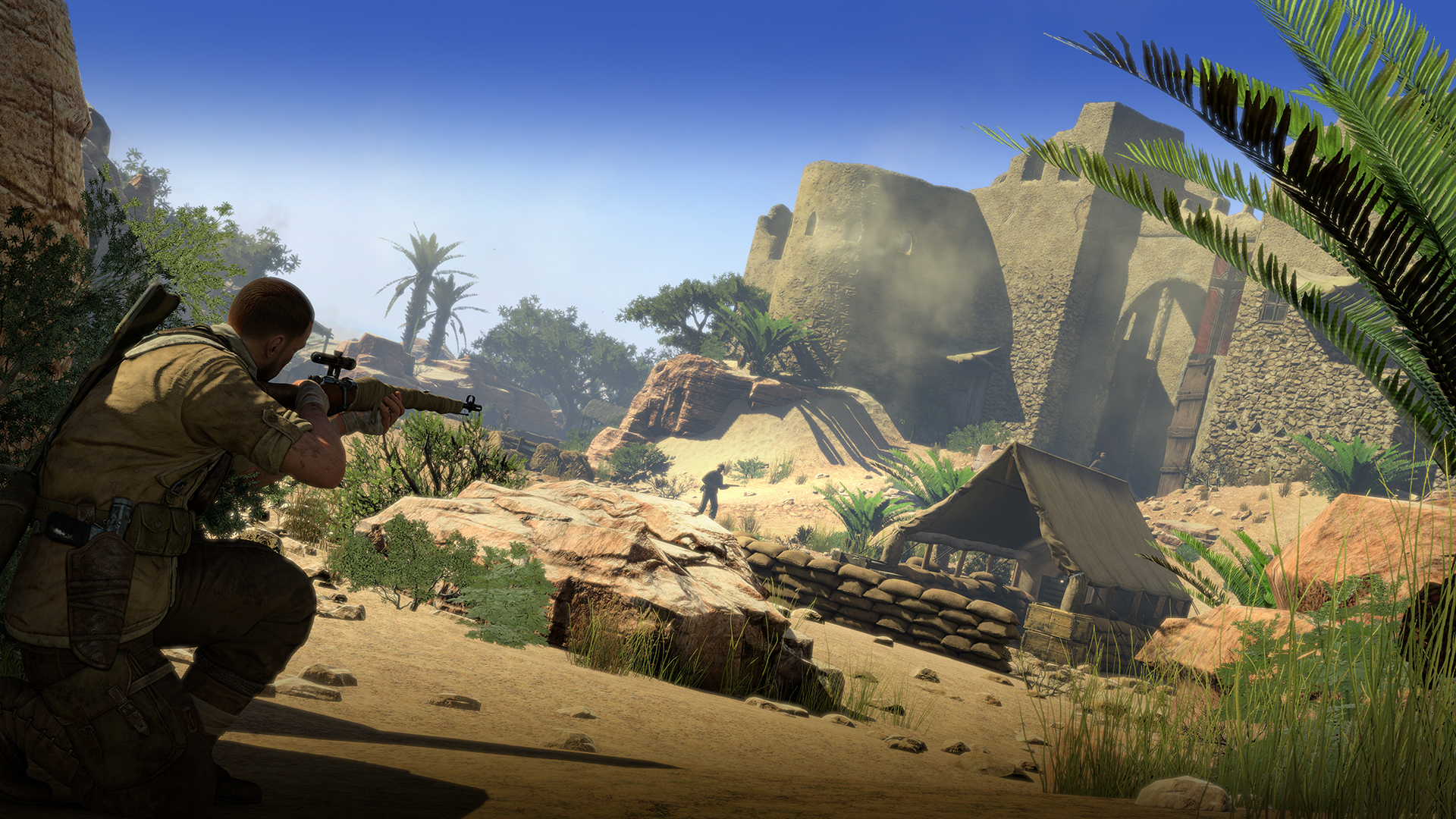 In-game action does reward those taking the more stealthy approach with sniper nests to find, mechanical components to sabotage in order to mask shots, and a healthy dose of explosives to set-up as booby traps for infantry and vehicular opponents alike. There's also the option of a silenced sidearm and for the more direct approach a very loud, but deadly SMG. Over the multiple hours I played around in the game's eight distinct missions, I tried taking the Rambo approach every so often, and it only paid off once and just barely at that. The game's ultimate reward is getting behind the scope of a rifle and setting up spectacular kills adjusting for wind and elevation, all while keeping your eye on the noise meter. Do it all perfectly and the reward is the series' showpiece: the X-Ray Kill Cam. It's indeed graphic and gratuitous and in a very big way glorifies/trivializes the conflict at hand, but it's a big selling point of the game and on the flipside, separates the sniper from its many FPS outings: the result is never pretty. 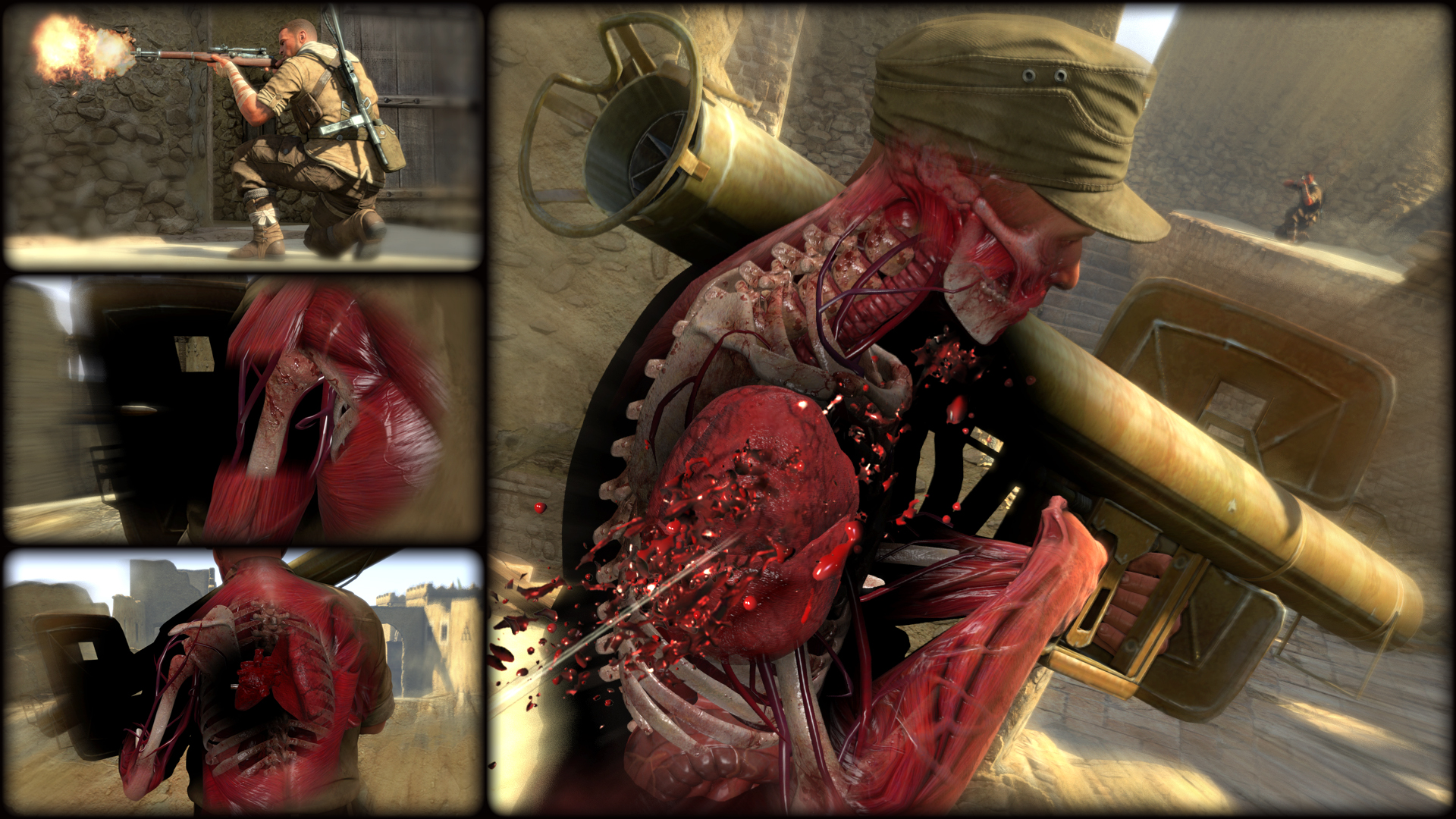 While eight missions seems a pittance compared to the previous games in the series, the open-world approach taken rewards multiply playstyles, going as far as making entire mission completions via entirely separate routes. While the sniper nests do give a big hint for players to stop and clear the path ahead, the players who will get the most out of what 'Sniper Elite III' has to offer are those taking a stealth approach and seeing every optional objective completed. For those more hurried along the way, the game offers enough diversions from shoot and sneak, including some intense battles with enemy tanks that reach a new level of excitement thanks to the increased steady aim/breath holding feature. On the lower difficulties the reticule for bullet impacts are more precise and vehicles reveal their weaker points. 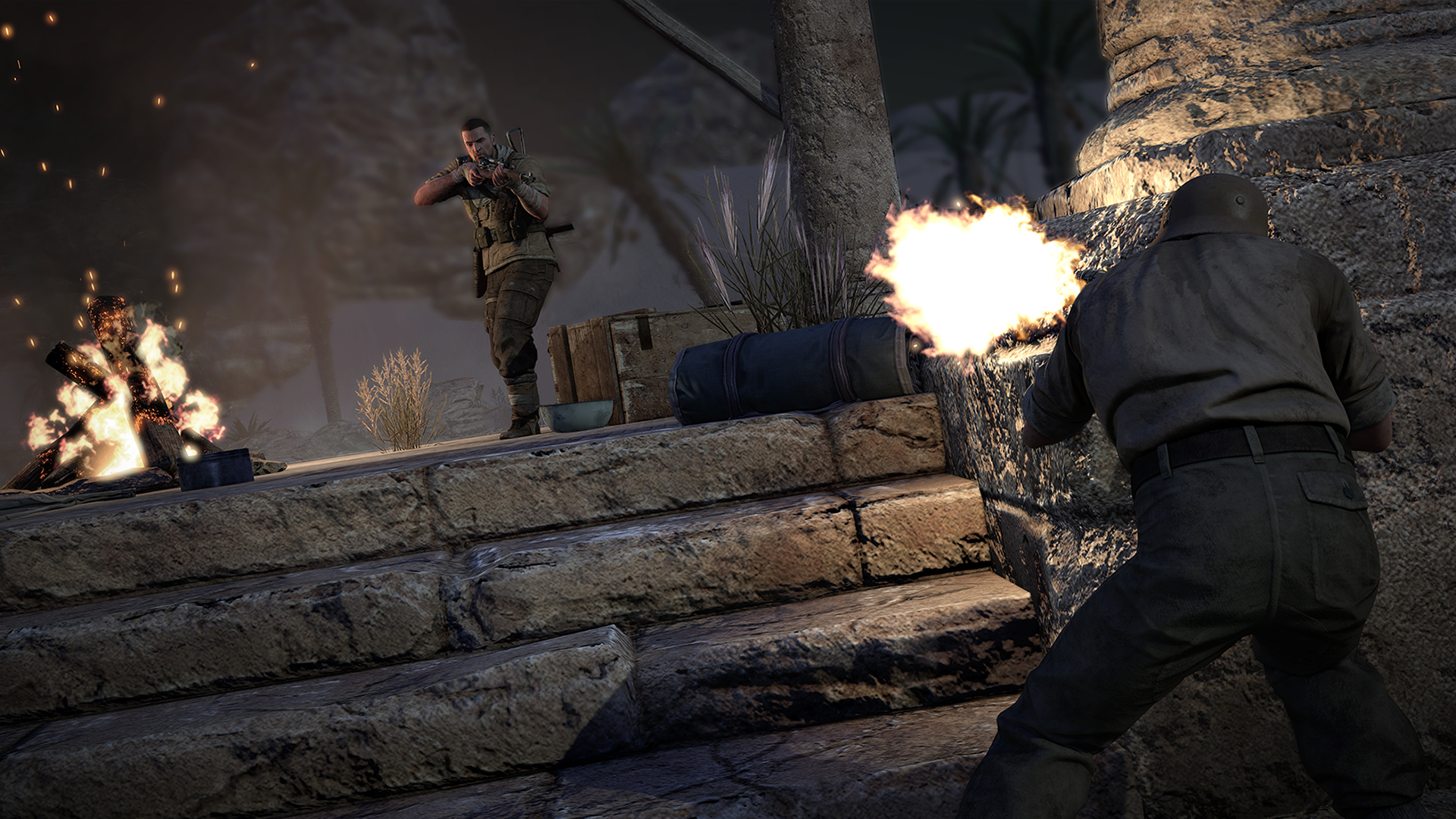 Once the single player action comes to a halt (and frankly, due to the lack of any penalty for completing botching the stealth approach, the single player campaign can be tackled in the seven-hour neighborhood), the surprising engaging multiplayer mode beckons. Less a straight deathmatch approach a la 'Sniper Elite V2,' there are creative challenges that go for long-distance kills and force sniping due to level layout. Most interesting is the co-op mode that lets one player serve as a spotter. If that weren't enough, the survival mode makes a triumphant return and willing participants can relive the entire campaign with a friend along for the ride as well. 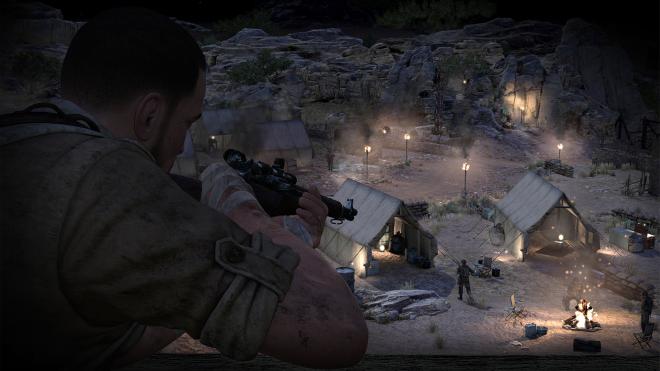 Visually, 'Sniper Elite III' looks a good notch above 'Sniper Elite V2' but has a ways to go toward perfection. The environments are serviceable but can be more than tad bland. Color palette choices are logical and pleasing for the genre, but don't help the bland textures. Character models and animations aren't quite as fluid as desired and there's a healthy infusion of glitchy ragdoll physics (including enemies killed near the edge of a roof awkwardly bouncing on the ledge or getting stuck in the environment itself). The framerate of the game holds up admirably and sadly (or not depending on why you picked up the game), the X-Ray Kill Cam is the most consistent, visually accomplished element in the game. 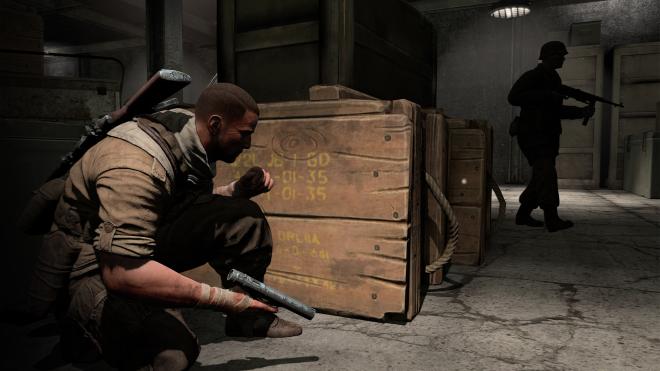 Frustratingly simple in overall execution, the sound design of 'Sniper Elite III' just merely suffices. Effects are natural but not overly impactful and gun noise often sounds identical. The voice acting is either melodramatic (the enemy AI) or woefully disinterested (the main character). Holding it all together is a serviceable but generic war-themed soundtrack that does mix nicely into the chaotic action at times, but there's nothing hear to put your sound system to the test or add to the immersive nature of the game.

With a very nicely balanced single-player campaign and far more refined multiplayer offering, 'Sniper Elite III' is definitely going to keep fans of the series coming back for more and newcomers interested a lot longer than previous installments. The game's loadout and leveling system encourages repeated playtroughs to unlock the best armaments, allowing for new approaches to mission replays. The highest compliment I can bestow on the game is that it evokes a lot of what made the 'Hitman' series one of my all time favorites. Now it doesn't quite get that deep in gameplay or replay value, but for a third-person war themed adventure, I see it getting a lot more time spinning in the disc tray than other genre competitors. Add to all that a large number of collectibles to snatch and areas to discover and your seven hour campaign almost doubles instantly. 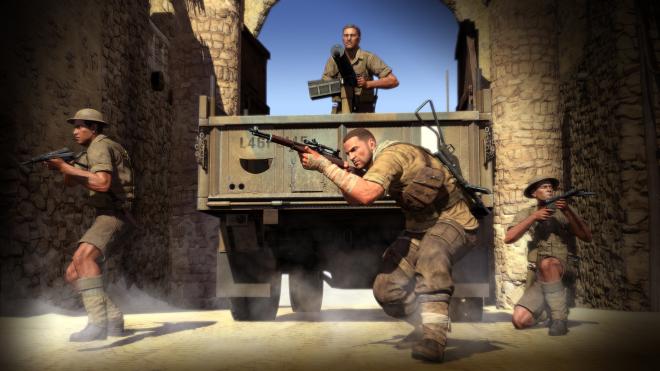 A huge improvement over the fun but flawed 'Sniper Elite' and 'Sniper Elite V2,' 'Sniper Elite III' is a welcome breath of fresh-air in the series and the WWII game genre. The trip to North Africa gives players environments unfamiliar and exciting, while the open-world approach to missions makes sure there's not just one right way to get things done. There's still a good deal of improvement left possible for the series, but the replay value of this outing, including the understated multiplayer system makes this a game worth checking out.