The Game Itself
2.5 Stars
The Video: Sizing Up the Picture
2.5 Stars
The Audio: Rating the Sound
4 Stars
Replay Factor
2 Stars
Bottom Line
For Fans Only

To try and make any semblance of the 'Transformers' storyline in the grand scheme of things, is a futile task. Years of cartoons, comics, games and live-action films have rendered the franchise a very messy place. Currently, amid all of this mess is a fourth Michael Bay 'Transformers' movie, and the void left after the two successful High Moon 'Cybertron' Transformers games. With that void in mind, Activision tabbed Edge of Reality to develop a game that part new movie tie-in and part sequel to 'Transformers: Fall of Cybertron.' With multiple 'Transformers universes merging, it's sure to be a confusing muddled narrative, but does it standup to its well-received non-film based predecessors?

In 'Transformers: Rise of the Dark Spark,' players are tasked with uncovering the story behind the Dark Spark the narrative antithesis to the Autobots' famed Matrix of Leadership. Set somewhere between the two non-film games as well as somewhere before, during, and possibly after the latest live-action film, 'Age of Extinction.' 'Rise of the Dark Spark' offers exactly what one could hope from a Transformers game: robots destroying other robots. Players choosing to jump in will recognize a familiar cast of Autobots, Decepticons as well as allies and foes ranging from Lockdown and the Insecticons to the great and mighty Grimlock (don't get too excited, he's fun, but his brief appearance is quickly repetitive and provides zero challenge). 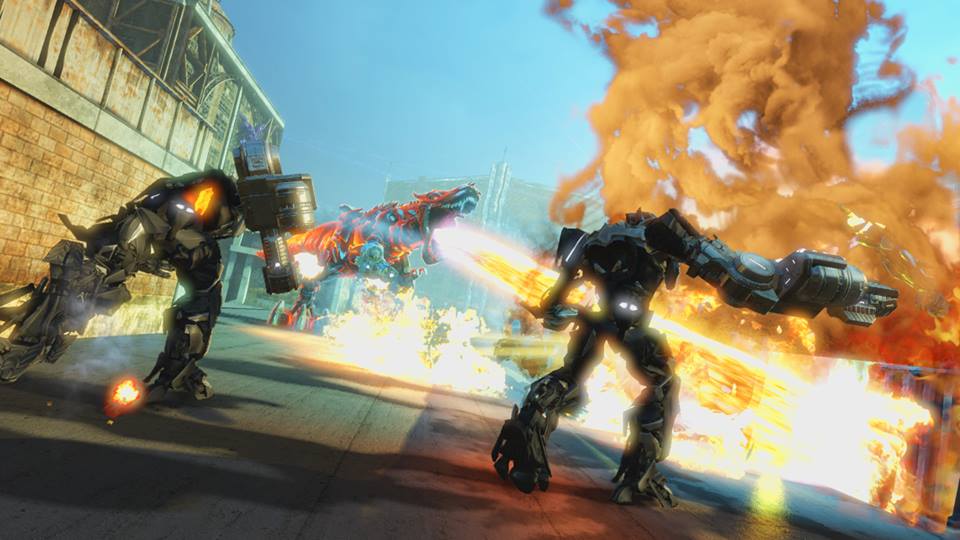 Full disclosure, I personally checked out of the 'Transformers' film franchise midway through 'Revenge of the Fallen' and when it comes to the games, had the misfortune of playing the original tie-in and vast fortune of playing 'War for Cybertron.' The one positive right out the gate that 'Rise of the Dark Spark' has going for it is the pedigree of both 'War for Cybertron' and its sequel 'Fall of Cybertron.' Adopting a straightforward third-person approach to action, 'Rise of the Dark Spark' controls fluidly right out the gate with only a few minor hiccups when it comes to misjudging rising elevations or slightly less than desirable boundary markers on objects that appear a cinch to jump over. The game gradually brings players into the action, offering a variety of Autobots and Decepticons alike to play as over the course of 14 levels of moderate length. It takes a few levels to see exactly where the customization options fall into play, with players given the option of both a primary and secondary weapon as well as 'hacks' that alter gameplay to provide extra challenge and a boost in XP. Weapons themselves are earned by completing in-game challenges that net you 'crates' of varying values. The crates offer things as simple as one-time use items, to full weapons, weapon upgrades and additional characters for multiplayer. On the surface there is a definite value to the crates, in actual execution I struggled to find a major distinction between most. 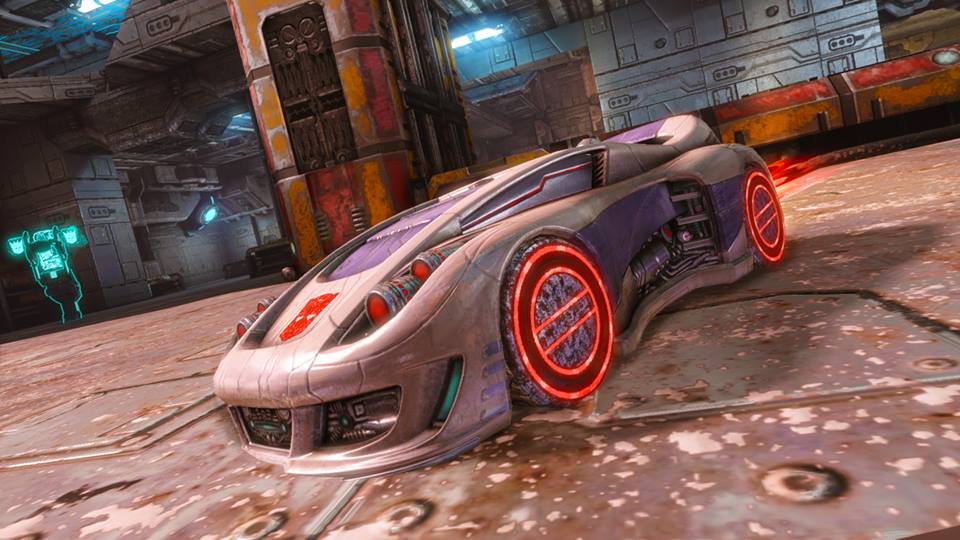 The pacing of the early levels is a huge issue in the overall investment one will find in the game once it becomes apparent how simple the gameplay is. You can run, shoot, deploy a special move and ultimately transform to your alternate vehicular form (flight based Transformers are notably more fun and useful to control in both offline and online modes; in other words, Starscream reigns supreme). The game does all this nicely, but tries to paint the bigger picture as something it's not. By the time the narrative shifts to accommodate the less than fluid inclusion of the Decepticons, the game has developed a plodding tone to compliment a general lack of skillful challenge by the AI. Difficulty comes in occasionally overwhelming waves of enemies, but if one selects the best weapons the game has to offer (unlocked via the seemingly random 'crate' system) sticks with them, the action becomes a cakewalk. Eventually, the game rights itself on the narrative train and familiar characters (i.e. Optimus Prime and Bumblebee) become the focus of the attention, before the game rather abruptly ends. While there may very well be 14 chapters in the game, the last 6 feel considerably quicker than the earlier ones. 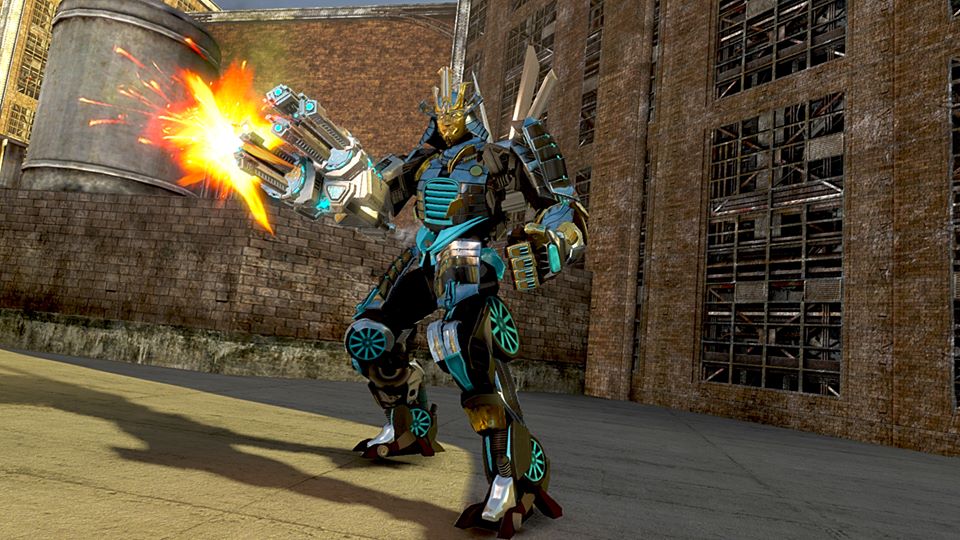 From a narrative standpoint, the game is a mess, with timelines unclear and the connection to the newest movie itself feeling quite thin. Worst of all, the game's ultimate conclusion is little more than the set-up for another title, hopefully more on par with the non-film tie-in games. To add insult to injury, competitive multiplayer has been stripped out for a ho-hum 4-player Escalation mode, which roughly translates to wave survival. Everything you do online translates to offline and vice-versa, meaning a player who invests a lot of time in the offline first will find the campaign significantly easier due to having a higher level and numerous load out options; the same goes for someone who tackles the campaign first (I personally made it to rank 18 out of 25 just off a quick run-through the campaign and found the Escalation dull until the last five waves). It's a necessary but disappointing evil as separating the two modes would probably drive off the player base even quicker; it's that dull of a game. 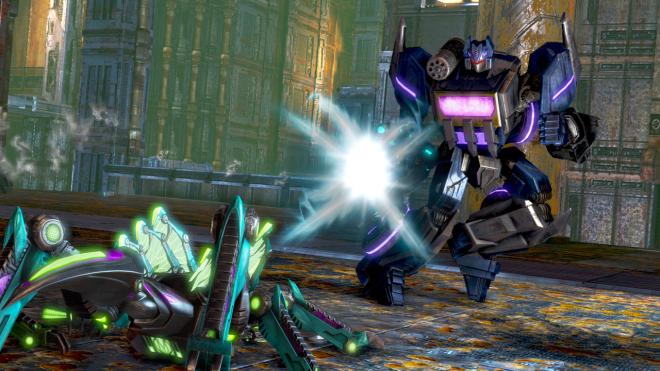 Graphically, 'Rise of the Dark Spark' is as mediocre as its gameplay. (Editor: Most of the character models look to be lifted from both the Cybertron games and the previous movie tie-in with a emphasis on quick and dirty.)  Textures are less than eye-catching and the character models just slightly above average in detail. Colors are suitable but often obscured by pointless environmental effects. On a whole, the graphical design is flat and lifeless; you could put all the characters amidst a white background and you'd get most of the same effect. What little environmental interaction exists is poorly animated and frankly embarrassing. Framerates on a whole are average with occasional slowdown and brief but abrupt mid-level loading pauses. 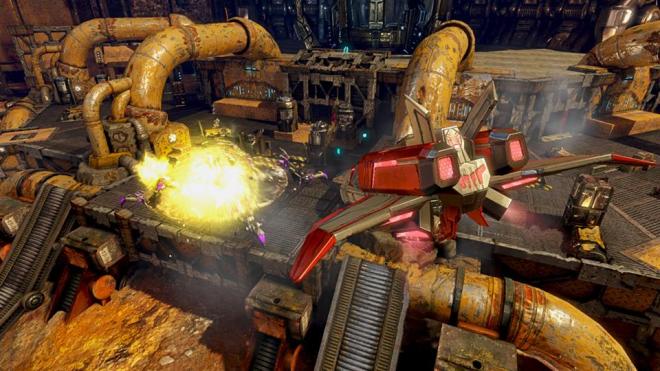 "Rise of the Dark Spark's' sound design takes a little bit to fully warm-up and envelop the player, but once it does, there's a lot to take in. At times the overall mix is chaotic and messy, but for the most part the weapons have unique sounds and the classic effects of the cartoon and films are all present. It goes without saying the voice cast, led by the great Peter Cullen is top-notch, and it's only their spot-on performances that make the clueless script and weak story arc tolerable at all. 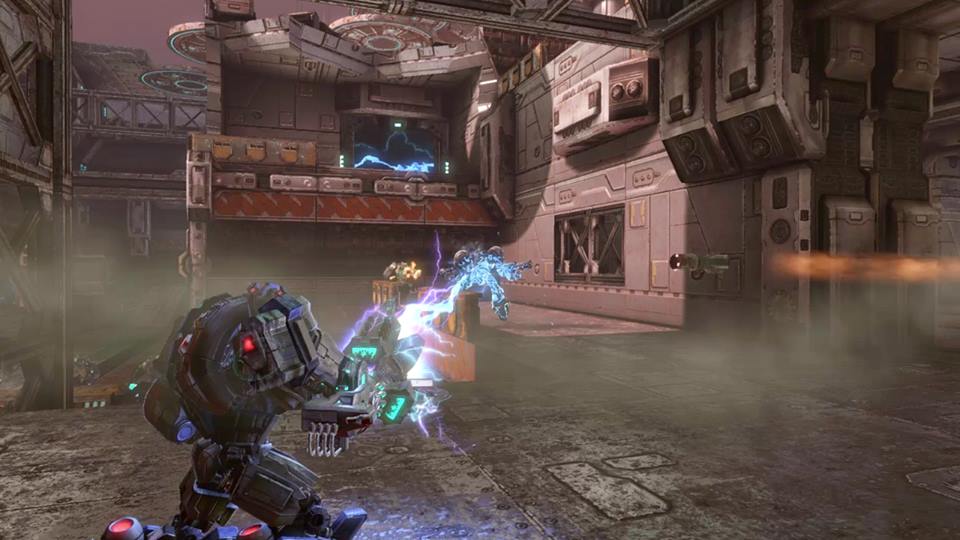 From a replay standpoint, 'Rise of the Dark Spark' does offer the very 'meh' Escalation mode, but that aside, repeated playthroughs to complete in-game challenges as well as standard achievements are likely the sole motivator to revisit this a second time. That said, the challenges truly are challenging, and only the most devoted will earn enough XP to reach Prime Mode (i.e. Prestige) as well as unlock every multiplayer skin and weapon present (I was still three characters and one weapon shy). All in all, I could see most players getting all they need to out of the game in 10 to 12 hours. 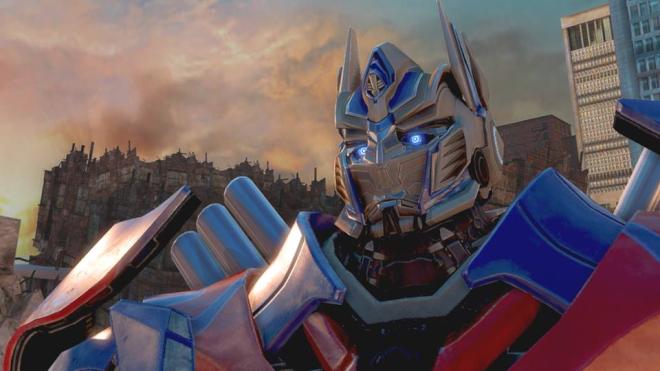 'Rise of the Dark Spark' might not reinvent the wheel in terms of third-person 'Transformers' action, in fact, in some cases it regresses, but it does offer up moments of sheer bliss, most notably its final act. Sadly, that's a very short portion of a game that feels much longer than the five to six hours I invested in my first campaign run-through. Add to that mediocre graphics and a wasted opportunity in multiplayer territory, and you have a game only for the most loyal Autobot or Decepticon supporter. Let us hope the battle surrounding Cybertron picks up where it left off and the next title restores the Transformers videogame legacy to its mark of high praise.