Goichi Suda (better known as Suda51) is a strange developer. In the West he is best known for 'Killer7', an unusual title that was full of crazy messages to read into and absurdities to marvel at. Since 'Killer7', his name has been attached to many projects coming from the studio he founded, including 'No More Heroes' and 'Lollipop Chainsaw'. In 2013, Suda51 released 'Killer Is Dead' to the PS3 and 360 in the West, and although it does feature the man's unusual flair, it is not a sequel to the cult classic 'Killer7'. Now, the 'Nightmare Edition' comes to the PC as exclusive with some new features, hoping to garner for favor with fans of the quirky and different.

Mondo is a strange man. Wielding a katana in his right hand while his left arm is a cybernetic monstrosity with 99 different functions, he assassinates evil beings while using his cold charm on any female that may cross his path. He has a sidekick, Mika, who tags along because she can cook soft-boiled eggs. He picks up work for a mysterious group that works for the State, led by a man named Bryan that is just a few cybernetic transplants away from being a pure robot himself. The targets Mondo must kill can be vampires or Moon beings or whatever other monstrosity you could dream up, with little rhyme or reason as to why the world exists in such a chaotic state. 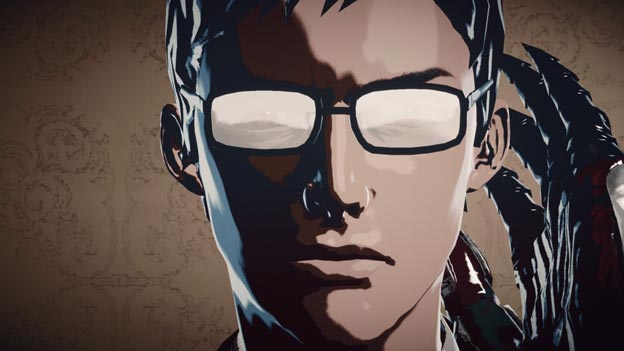 'Killer Is Dead', on the storyline front, is a bit of a disjointed mess. It certainly has a feeling of 'Killer7's unusual storytelling methods, but instead of coming across as deep and meaningful, it comes off as a bit unnecessary and nonsensical. Some of the plot threads come together at the game's conclusion, but many of them are left hanging, or worse yet, presented without any sort of explanation or elaboration, leaving a rather unsatisfied feeling at the end of it all.

As such, 'Killer Is Dead' must instead stand on its gameplay to make it through the eight-hour endeavor. Mondo mainly attacks swathes of foes with his powerful katana, slashing and cutting down foes. He also has access to a few punching combos, allowing him to break through armored foes or enemies when they have their guard up. Mondo also has access to multiple sub-weapons, which can be used to attack foes from afar and for other unique purposes. Finally, he can activate an Adrenaline Rush, which uses Blood (think of it like magic in most games) to aim and attempt to behead an enemy, which is required for tougher mooks and boss battles.

While there seems to be a lot of variety, after learning the basics, running through the levels can feel very dull. For me, all that the normal battles boil down to is to slash furiously with the katana for a couple of seconds, dodge (whether or not the enemy was attacking since another foe is typically creeping up from behind), and continue the assault as such until the enemies are all dead. There were other options available to learn, but the AI of the enemies never really forced me to learn anything else outside of a few unique situations, making the majority of the gameplay a bit on the boring side. 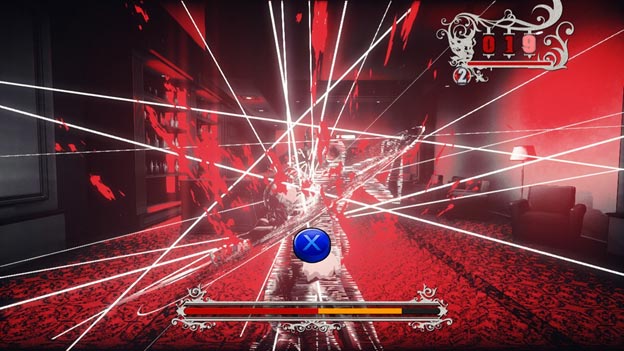 Boss battles on the other hand, are a different story, and the mechanics really get to shine when up against certain bosses. While some bosses are a little on the boring side themselves, other boss encounters in 'Killer Is Dead' challenge the player to find and exploit weaknesses, while dodging and guarding against the foe's constant assault. It makes for the more memorable and rewarding moments of the game, but it's unfortunate that it is usually preceded by having to work through at least ten minutes of uninspired action game AI beforehand.

Also, a special mention must be given to the Gigolo Missions. As the name suggests, these side missions have you attempting to court various Beauties in order to take them home and have relations, which in turn yields new sub-weapons to use during the main game. Mondo works to woo these ladies by donning the Gigolo Glasses and looking through their clothing to gaze at their undergarments while they aren't looking, building up enough Guts to give them a gift. If Mondo manages to fill up the Heart Meter, then he is invited to spend the night; if he is caught staring inappropriately too many times or takes too long, then he is denied the Beauty's company.

It's really a rather weird mini-game, but it does fit in with what 'Killer Is Dead' pushes Mondo to be: A cold hearted Casanova. The mini-games in themselves are a little difficult; it takes a while to build up your Guts meter, and what gifts the chosen Beauty might enjoy change seemingly every second, so running out of time is a constant worry. Of course, failing isn't really that bad; after all, the animations that follow are pretty hilarious. 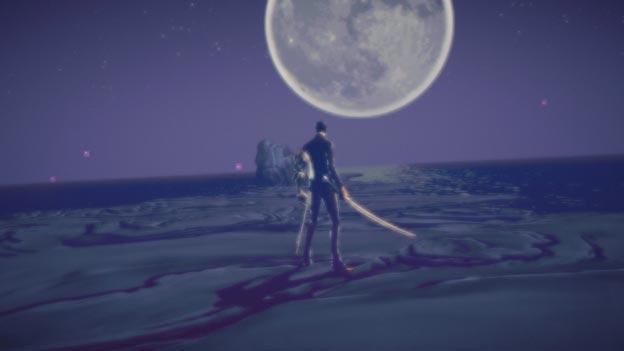 If there's one thing that really stands out about 'Killer Is Dead', it is its visual flair. Every episode starts with a highly stylized intro, followed by a cartoony, almost pleasant retelling of the client's dilemma that Mondo must resolve. Then, it's off to the assassination target's location, which could be anything from a demented house to a music company to the moon itself. Almost every place has a distinct feel to it, feeling like it could be something coming from our own world slightly in the future, but still feeling rather alien and surreal.

Much of the story in 'Killer Is Dead' is a bit understated, but the visuals really help to emphasize certain aspects and themes and are nearly better at telling a story than any other aspect. The impressive art direction is a marvel and makes for the most compelling reason to play the game. Naturally, the art direction comes through best on a more powerfully PC, but even on lesser PCs, the graphics still look great. 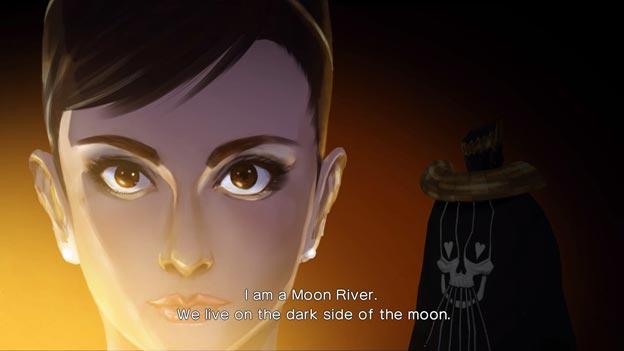 Overall, 'Killer Is Dead's' soundtrack is pretty good, but compared to the stunning graphics it tends to get lost in the shuffle. The music and sound effects are rather fitting for the game, fitting the 'believable yet surreal' aspect of the title. The biggest fault of the soundtrack is how it tends to get mostly drown out by the sounds of constant battle.

The English and Japanese voice tracks are also well done. No actor's performance feels out of place for any character they voiced, even if the characters themselves feel a bit weird in terms of the plot. Mondo's English voice actor in particular fits his role as the hard assassin very well, making the English track preferable on its own. 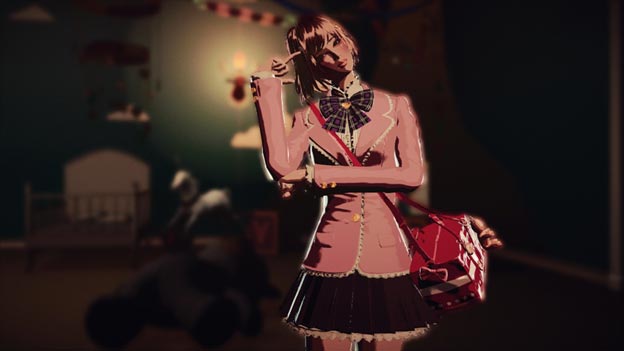 'Killer is Dead's replay value depends solely the player's desire to relive the game's style. The main thing to do after beating the game is to work on getting a better on the missions, and maybe mop up the remaining side missionso. There's also the ability to play with the differrent difficulties, and earning more money for more gifts for Gigolo Missions, but that's about it. Only fans of the gameplay mechanics and action are going to get any mileage of anything beyond the main story. The PC version does sport Steam Achievements, which revolve around displaying some skills with the game's combat system. 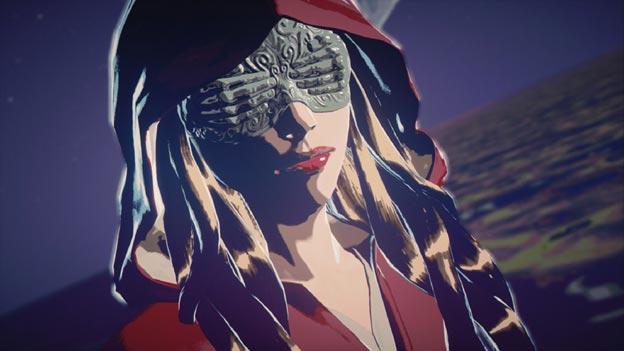 The Nightmare Edition contains all of the content of the console versions, plus a new Nightmare Mode difficulty and the 'Smooth Operator' DLC. In the new difficulty, enemies will only be able to be defeated by special methods, making you unable to button mash with the normal combos to achieve victory. It's an interesting edition, but quite honestly it won't mean anything to anyone but the most steward of fans, and certainly doesn't warrant another purchase for those that have the original version.

The 'Smooth Operator' content, which was DLC for the console versions of the game, adds a few bonus items out and a special Gigolo mission, but little else. 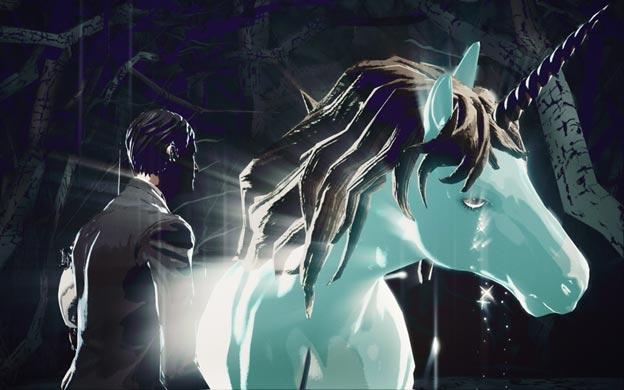 There is an audience out there for 'Killer Is Dead', certainly; but that audience is only going to be the most diehard fans of Suda51's work. The game is wrapped up with a wonderful art style and some good voice work and music, but the stilted, nonsensical storytelling is bound to drive away a lot of the audience that would care to enjoy it. Add in the repetitive nature of battling, which only really shines during certain bosses, and 'Killer is Dead' can be both too monotonous and spontaneous to fully enjoy. Unless you're a huge fan of the likes of Suda51's laster action titles, stay away from 'Killer Is Dead.'