'Titanfall: Expedition' marks the first of three planned map packs for Respawn Entertainment's exquisite multiplayer shooter, 'Titanfall.' Though the need for new maps is debatable, as DLC, map packs sell well, and so maps it is. Whether or not they fit in the mold or carve out a new corner in the experience is the only question worth answering. That and: how many titans can you fit in a sewage drain?

As post-release support for games of all sizes becomes more complicated, our expectations for improvement on those games grows. 'Titanfall' lived up to the hype upon release, though a craving for more content follows the game as it does any popular shooter. The loud demands went something like, more guns, more abilities and, of utmost desire, more game modes. Oddly enough, the game's first DLC, 'Expedition,' is more of something the game really doesn't need. That's maps. And yet, when two out of three of the maps are this good, it's hard to complain. 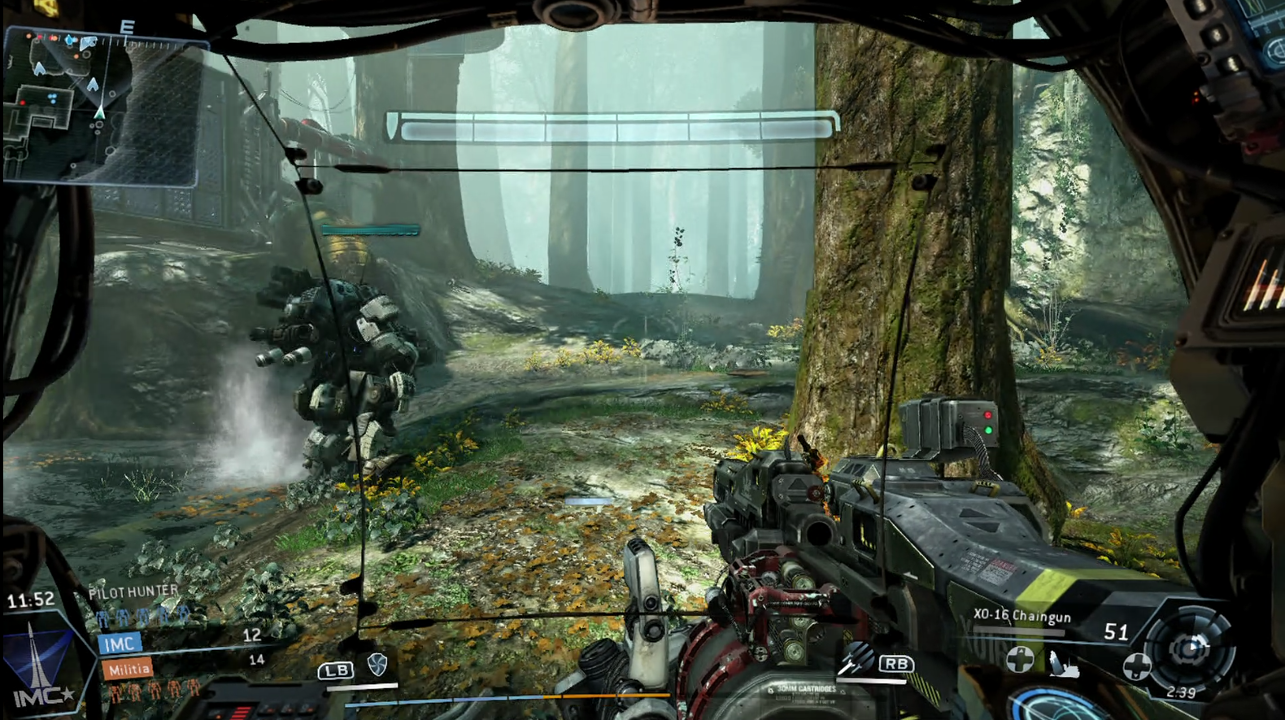 Think of 'Swampland' as a way for the developers to eliminate those pesky buildings without stripping away the game's unique pilot/titan mashup. Instead of dashing between enclosed set pieces, avoiding enemy titans until you come across an advantageous sightline, you leap across massively tall trees while the titans duke it out below. It's both freeing and challenging, as there aren't really any set pathways from one side to the other. It's more a jungle gym to the majority of the maps' monkey bars, and it plays well in any of the game's limited number of modes.

At the center is the forest, and the trees within act as a pilot's connected dots on the path to any of the outlying structures. You can imagine how hardpoint domination might play out, but it's capture the flag that really shines. Going for a direct route through the trees for a quick capture balances against the safer perimeter routes, and so it's really a matter of skill and choice that beckons a winner.

Just as in the original maps, 'Swampland' births any number of emergent moments, whether you're flung onto a titan below from a tree up on high, the flag on your back and a tiny, harrowing adventure of potential victory at your front. Happily, with these moments among the organic swamp and in the free of open air, 'Swampland' feels markedly different and proves Respawn capable of more than industrial pragmatism. 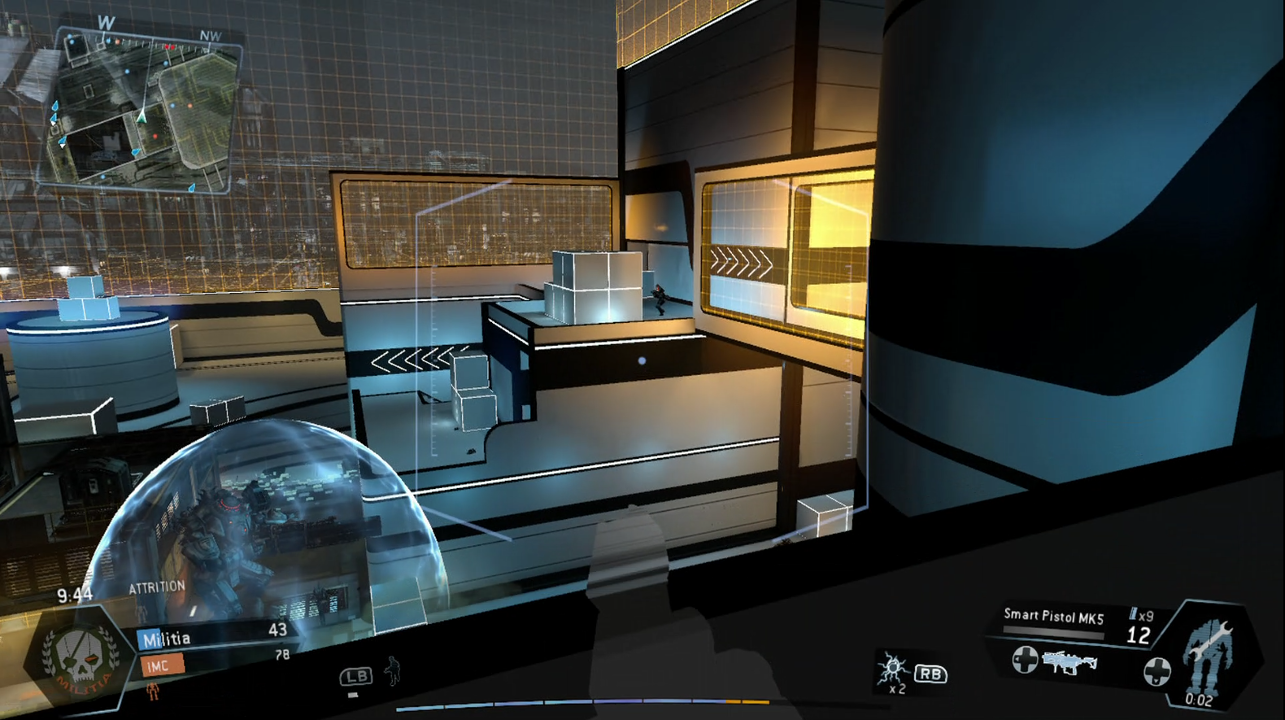 Any time I see recycled assets, as in many of the 'Battlefield' sprawls, I roll my eyes and humbly accept the horrors of game development costs. For the implementation of repeated assets in 'War Games' I actually gain a bit more respect for Respawn, who couldn't simply sit comfortably using what I imagine is a very large and complicated copy and paste button. No, they had to theme the whole thing as a simulation of past battles ('Expedition' as a whole takes place after the game's campaign), and thus weave small chunks of old maps together with Tron-like blank slate segues.

The result is initially a bit confusing, as the browns and greys of broken down buildings come into jarring contact with the pure white, blue and orange of a futuristic computer simulation. It's hard to immediately draw the lines around the map and even find the epicenter of the action (play objective-based modes first, it helps). The tradeoff, eventually, is a wonderfully complex zig-zag of a map that rewards swift appropriation of set pathways. Two highlighted wall-running paths, elevated over the titan-friendly bottom floor, lead from the outer old-map segments to an inner convergence, the "Bravo" hardpoint domination point.

At times you'll feel the various landmarks are a bit too far away from each other for comfortable wall-running shenanigans, but I think that's a part of the entire pack's intention to maximize the payoff of a well-considered path to wherever you're going. Unlike 'Swampland,' however, 'War Games' sets out a few obvious lanes, so you're more likely to come into direct contact with a foe while traveling along a wall or making some daring jump. The conflict is welcome and makes 'War Games' the most high-stress of the three. 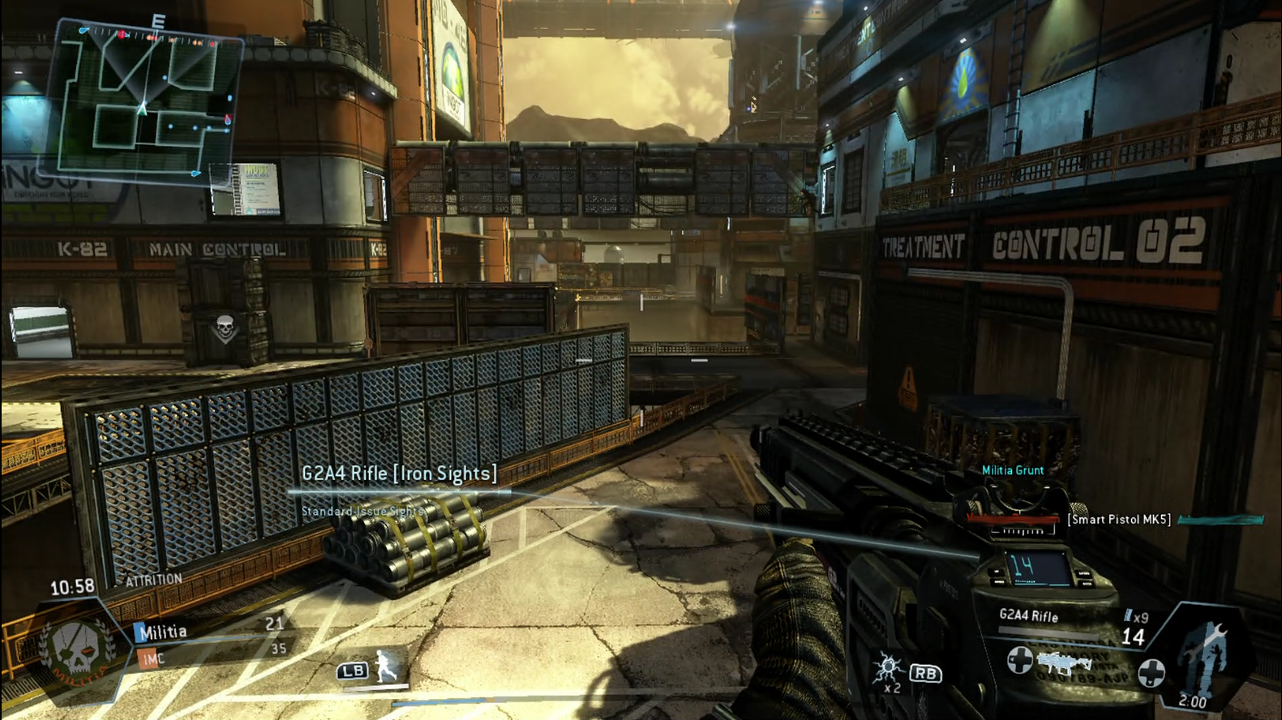 As the least exciting, by which I mean most boring, 'Runoff' distills the various systems of 'Titanfall' to their most basic, doing so with the geometric complexity of a portapotty. Set in some sort of water filtration center, the upper level is basically four or five large, square and very tall buildings, separated by titan-wide walkways and raised bridges. The scale of the map is undeniably awkward, as pilots will lean back and forth from sniping from raised perches to utilizing run-and-gun tactics down below, even though the sightlines don't really encourage or reward one style or the other. The large buildings cut off would-be sniper advantages while sprinting along the ground can feel like a chore, especially in hardpoint domination.

Beneath the whole stage, however, is a drainage area titans can use as a shortcut from one side of 'Runoff' to the other, which on both ends leads out to a large dueling area for the mechanized beasts. Having that open space to square off against one or two foes is definitely appreciated, however the lower level isn't utilized enough in any of the objective modes.

If anything, 'Runoff' lends itself best to Last Titan Standing, but only the most basic version of that mode where everybody is (literally) on even footing. 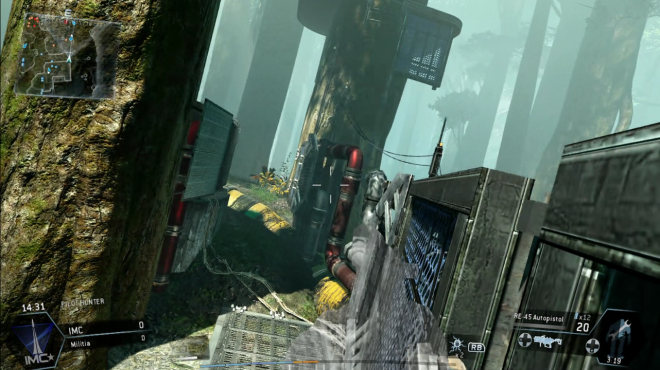 Both 'War Games' and 'Swampland' stretch the visual variety in unexpected and pleasing ways, while 'Runoff' fits somewhere between drab and spacious on the spectrum of map design. I'd even go far as to say 'Swampland' promotes a real sense of mystery in its fogged-over landscape, though essentially the games play out just as frantically as ever. 'War Games,' on the other hand, has a lot more fun with some original 'Titanfall' map ideas and challenges the tenet of visual cohesion present in most multiplayer games. 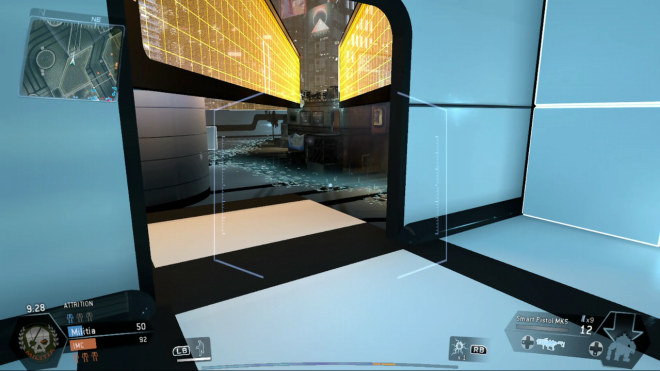 Not much changed or improved here. The titans still clash with alarming crunchiness and the pilots still "squish" beneath their feet.

All three maps extend the replayability of 'Titanfall' as a whole, and it's the various complexities of 'War Games' and 'Swampland' that will turn you back to the game after the first couple of hours in the new DLC. Both of those maps are full of nuance and intricacy, both in their own way. Of course, 'Runoff' is interesting for a bit, but falls flat in a number of ways. Namely, running from point A to point B is rarely accomplished in a different way. The same can't be said for the best of 'Titanfall,' and, importantly, the other two maps in 'Expedition.'

The biggest mistake Respawn could make in any DLC is to include content that some people can use and others can't in the same match. Guns and abilities don't separate people from playing with each other, but maps do, so it's fine to create a new playlist for people with the DLC. On the other hand, game modes define those playlists, so perhaps a new mode or two could have shaken things up for devoted players looking for more content. 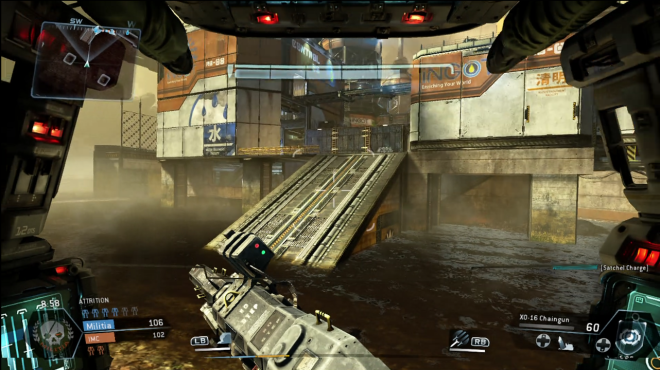 'Expedition,' with just three maps and nothing else for the game, is fulfilling only for those with bare expectations. However, two of the three maps are now among the best the game has to offer, which means that 'Titanfall' as whole is indeed improved. Between finding routes amongst the crowded forest of 'Swampland' and navigating the complex maze of 'War Games,' the already excellent gameplay takes turns exploring new, fun, and interesting directions, which is the best you can ask from new maps.