The Wolf Among Us: In Sheep's Clothing

PC version reviewed with some notes regarding the hardware. The episodic series is story-intensive, and thereby, the review is as spoiler-free as it can be.

Make no mistake, after the first three episodes of Telltale Games' 'The Wolf Among Us,' there is something in the air. After shaking off a decent introduction, each episode has dripped with fantastic destitution. Playing as Fabletown's Sheriff has meant balancing force, deduction, and the delicate-to-harsh sensibilities of the other characters. In 'Sheep's Clothing,' the fourth and penultimate episode of the season (which will hopefully be followed by another), begins with Bigby in a tough position physically, but in a worse one emotionally. Can the Sheriff find and punish the brutally guilty while still protecting the common folk who resent his lone and authoritative status?

In this fourth review of 'The Wolf Among Us' I am forced to explain that this review is a bit different than prior installments. Normally, when approaching a review for any game, I'm able carve out solid chunks of time on my best equipment, and for Telltale Games episodes, this means an unbroken playthrough at 2560 x1440 in the wee hours prior to the episode's public release (or after, depending on Telltale's review cooperation). This time around, I had to find a small town bar just to be able to download the new episode. My playthrough was done with Sony Vita earbuds and a HD 4000 "graphics solution," and it was anything but unbroken. Most of it was done in Steam's offline mode.

Thus, I can easily state that for such a story dependent game, one whose twists are much more illusionary than substantive, it's compelling nature is undeniable even under less than ideal circumstances. 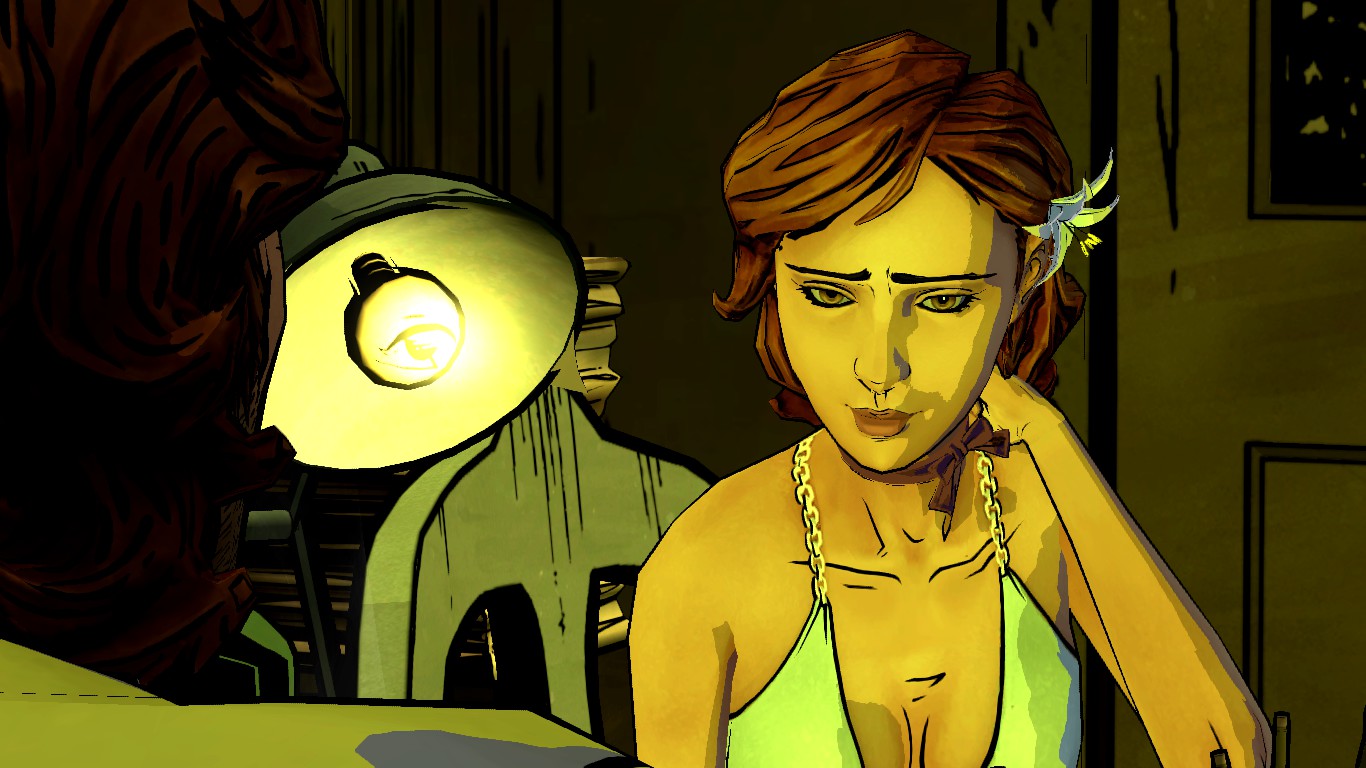 Once again, Bigby is chasing clues, villains and their associates, and in some instances his tail. And yet, from the very beginning of the episode, the tone shifts, the prior episode's extreme balancing act gives way to something much more personal. Bigby is truly hunting now, looking to make right what he was "crookedly" forced to do in the prior act. Fabletown's inhabitants are coming full circle now as the organized, exploitive force that is mixing desperation and illegal magic is becoming more and more visible.

In some ways, this could be viewed as a filler episode, but that personal nature of the events, the fury which drives Bigby in a controlled state of rampage sets up a series of confrontations with all sorts of nefarious characters, from the lightly compromised, the hopelessly illicit, and the downright devilish. 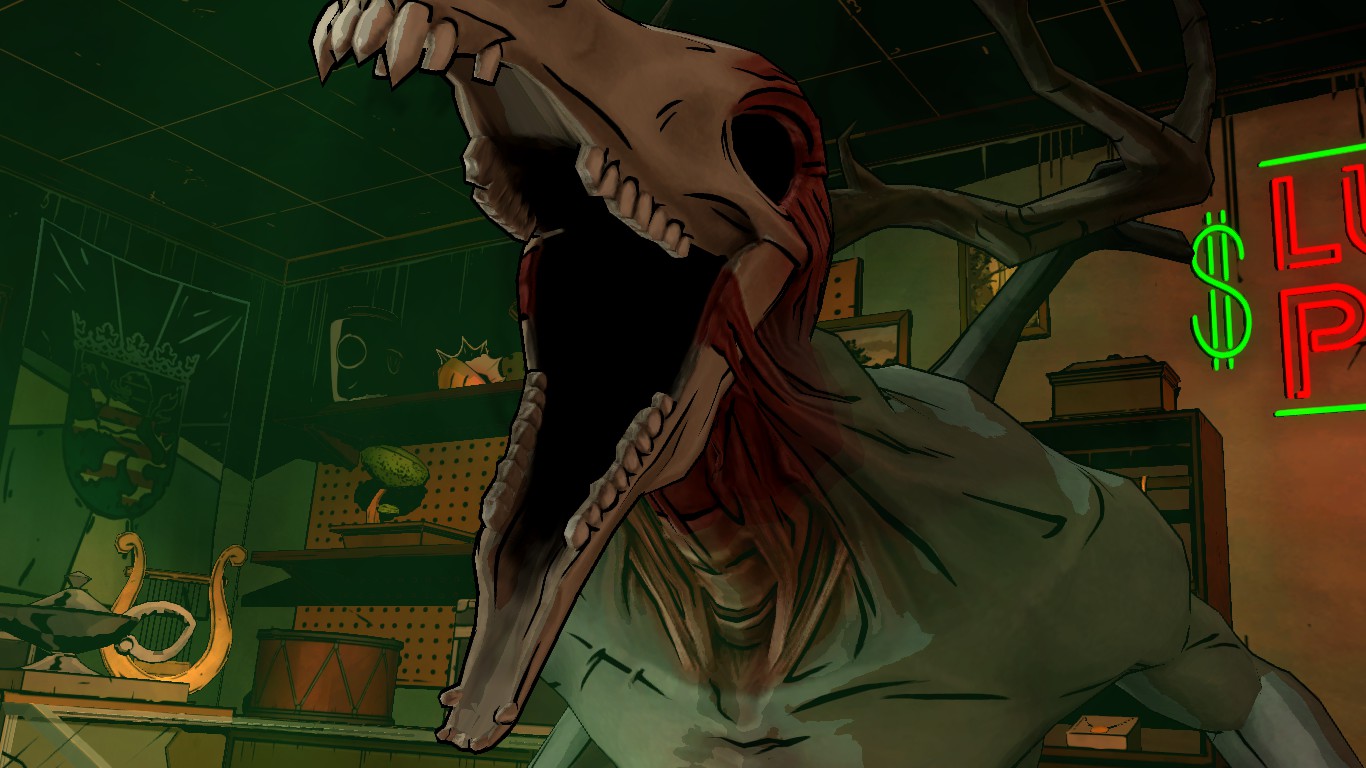 Thinking on the progression of locales and characters, and again, the stock 'Fables' side characters rear their ugly heads. Throughout the episodes there are certain characters which feature prominently in the comics who appear and spew one-note characterizations and usually come off as intentional or incidental time-wasters. This time around, their collective roles are fortunately restrained and thereby don't detract as much as they have in some prior episodes. 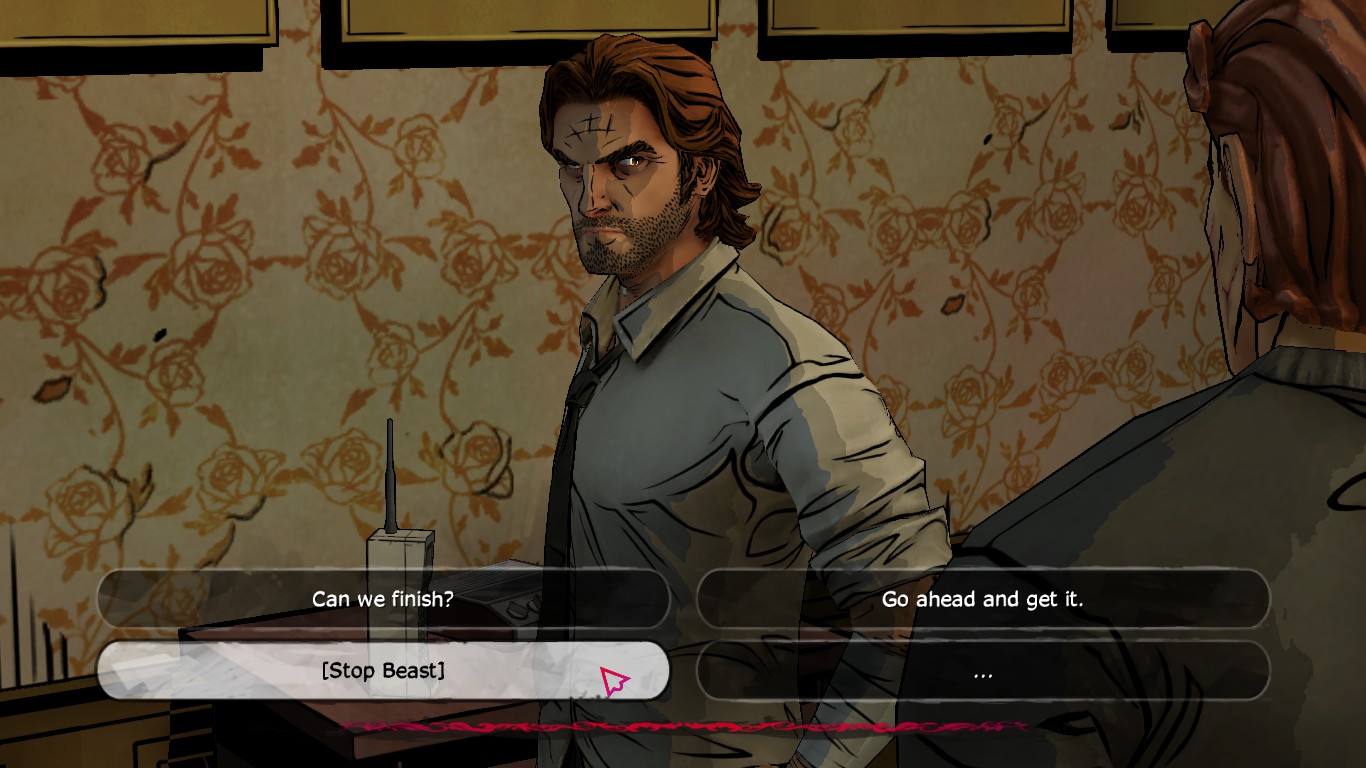 One of the more obvious plot points, the ribbons, is finally directly addressed, and all-in-all, the episode does a great balancing out older settings with new ones. Three later segments, the pawn shop, the butcher shop, and the final setting come together to reflect, if not the best segments of the series, proof positive that this story, even while swelling to a climax, is firing on all cylinders. 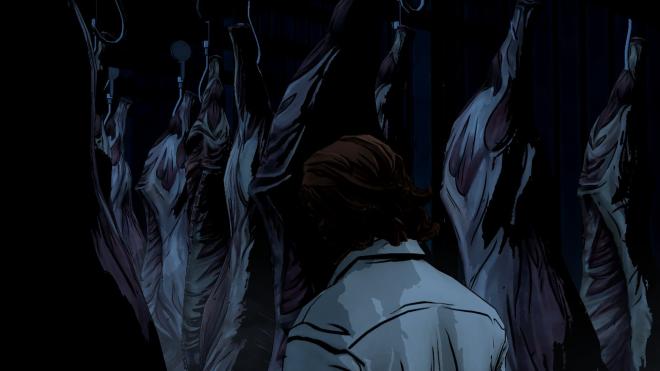 There's a certain judiciousness in how each scene's setting is parceled out as either pedestrian or extraordinary, and there's more to it than just whether it's being reused. When a well-lit ho-hum pawn shop takes on a grind-house quality, or a dank meat locker can achieve a dense forest effect more unsettling than even the horror beyond it, it's easy to see that this team is working wonders with the engine. There were times, like seeing the dry splatter on Bigby's shirt, where the individual character texture resolution appeared to need a boost. Other factors, like octagonal earrings, errant shadow blending, and jittery character animation just seem like spots where Telltale has settled for now. Even so, it's nice to see the game look so good on such unspectacular hardware. 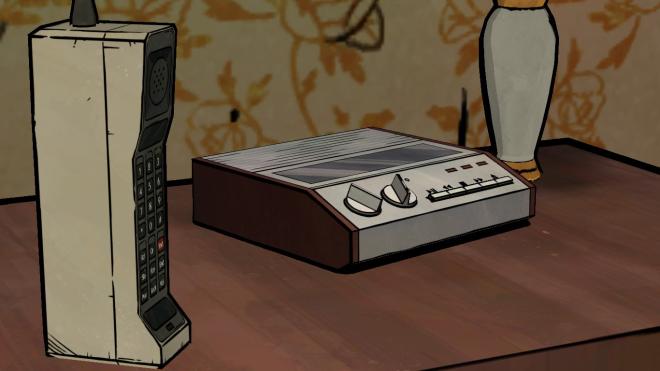 Once again, I love the soundtrack. It cooks the mood perfectly, but I despair to hear no new music ever even hinted at. The voice acting is very good, with the biggest exception being a certain blowhard. Even with just stereo, the steady improvement in sound design continues, and I'm very expectant for this area to really pop in the next episode.

I may feel differently once the final episode it out, but for now, this is likely the most repayable episode of the series, even edging out the thrilling 'Smoke and Mirrors.' Playing as a hurt and angry Bigby on the warpath is a blast, with several chapters worthy of replay on their own or as part of the whole episode. 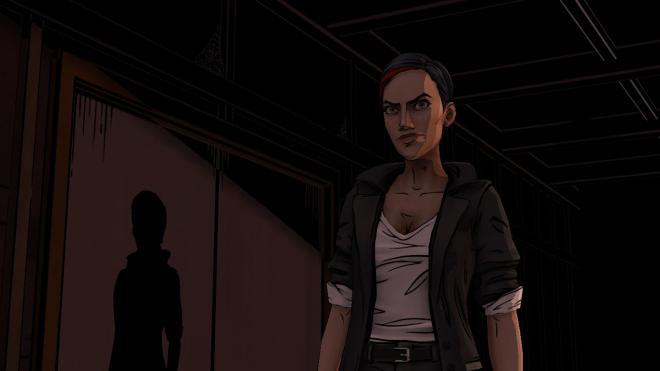 Most of my player choices landed shy of 50%, which is pretty surprising. I took it as the result of nuanced choices, as Bigby faces multiple instances where grades of empathy and viciousness are less obvious than black and white. 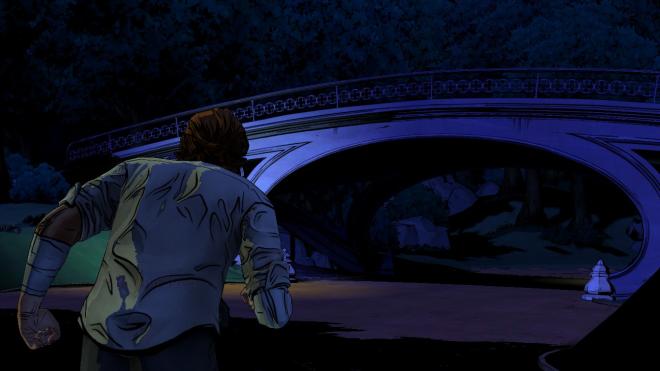 When announced, the idea of playing as the Sheriff in the prequel Fabletown wasn't exactly a homerun. Boiling the tapestry of characters and locales down to a single character's point of view was no sure success, but when playing 'In Sheep's Clothing' the payoff is apparent. Bigby, gruff and reformed, isn't the most righteous of characters, but stepping into his place and trying to redress all of the sick and twisted acts that have accumulated over four episodes, has meant becoming an integral part an engaging narrative, and brings to my mind the exploits of William Munny in 'Unforgiven.' As for the conclusion of 'In Sheep's Clothing,' it somehow makes the wait for the finale interminable and yet the cliffhanger seems like one worthy of great anticipation.