The Game Itself
4 Stars
The Video: Sizing Up the Picture
3 Stars
The Audio: Rating the Sound
3 Stars
Replay Factor
5 Stars
Bottom Line
Recommended

'FIFA World' is in an ongoing open Beta, and the review reflects the game at the time of review.

By basically taking the Ultimate Team concept introduced in 'FIFA 09' and moving it online, EA Sports has just launched the open beta for 'FIFA World,' a new kind of free to play online sports game for all soccer fans across the globe. The game marries 'FIFA 14's gameplay engine with a collectable card game as well as bringing a bit of RPG elements into your team building in the process.

As for the Ultimate Team concept, it's basically 'Magic the Gathering' with soccer players. You play with 18 cards in a match, 11 starters, six bench players, one (very important, but not during matches) coach. Other cards are used between matches to improve existing cards, and you get cards through winning or through buying. The coach is key for contract negotiations, and a good coach card should be one of the first cards pursued by new players.

In 'FIFA World,' you start out with a basic roster of players and as you play and win matches, progressively build your team. Anyone who has played the Ultimate Team mode in any previous 'FIFA' games will be instantly familiar and can jump right in. The setup is like a traditional football pyramid, you begin at the very bottom of division 10 and you play nine matches a season. If you can secure enough points, you might be promoted to the division above yours. If you fail to meet the minimum points you will be relegated down below. 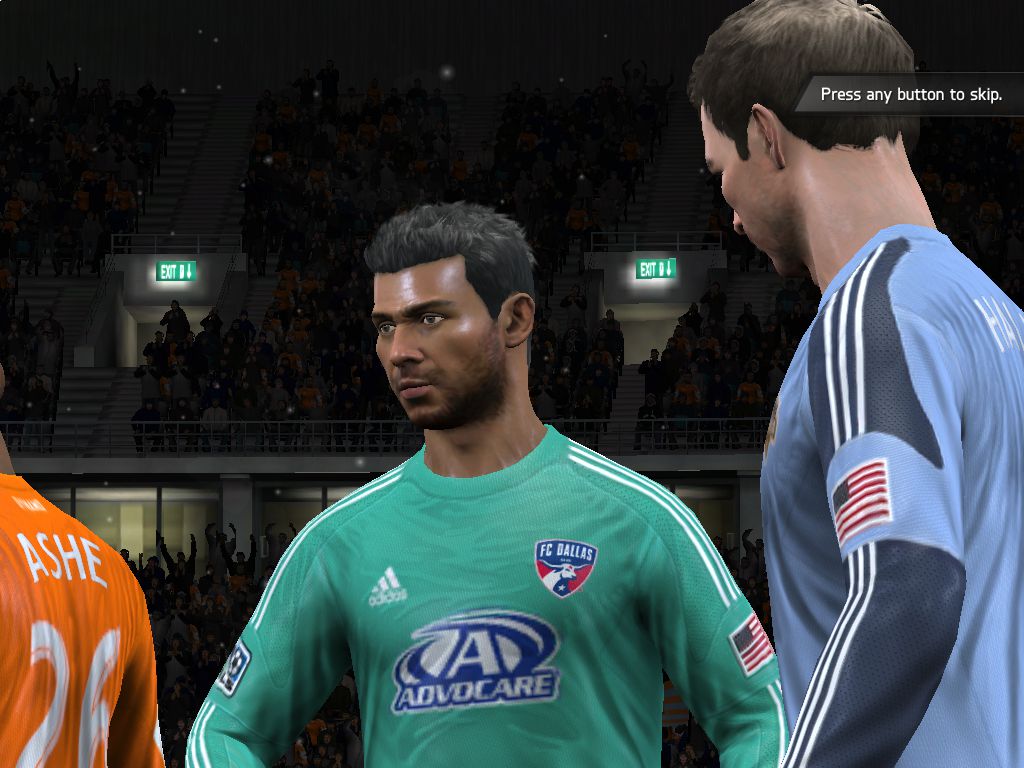 And while this is not that different than your run of the mill soccer game, the hook is in the fact that you build your team yourself. The players you can acquire are grouped into four classes. Bronze players are cheap and plentiful but don't offer great abilities and mostly top out at 65 in rating. Silver players range from 66 to 75 and Gold from 76 to 88. Players above 88 like Cristiano Ronaldo and Lionel Messi are 'Special' players and can only be unlocked via the transfer system (basically buying them from another user online) or buying card packs from the online store with FIFA bucks (which costs real money to acquire). Either way, if you want a transcendent player on your team, you're going to have to pay through the nose for one, just like in real life. 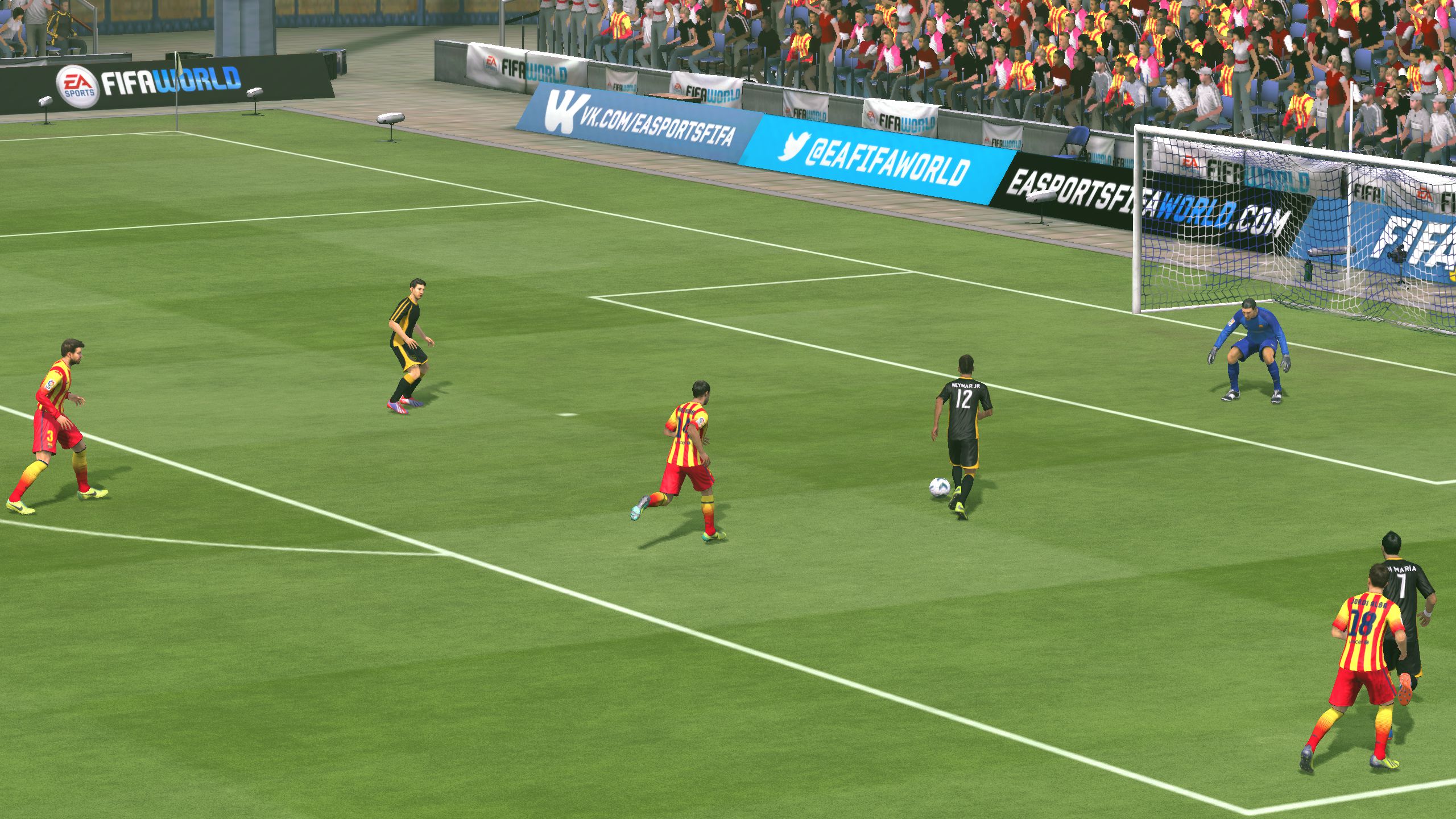 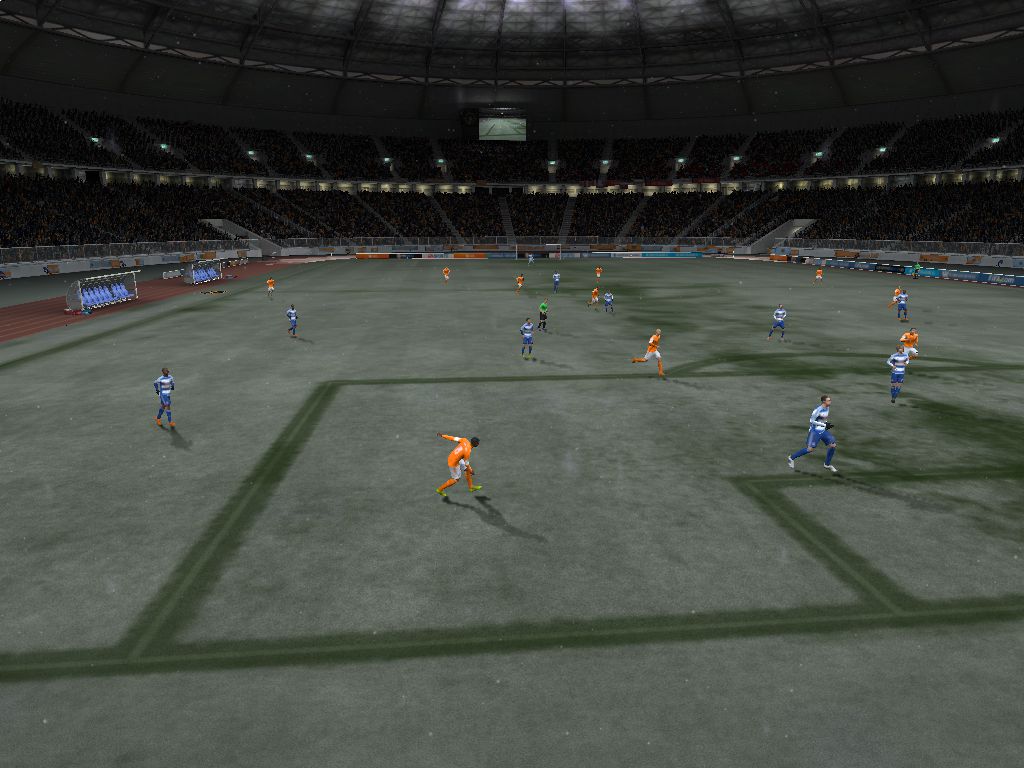 In addition to those, you also have manager cards, coach cards, physio cards, team uniform cards, stadium cards and even a soccer ball card letting you choose which one to use in game. Basically everything that is customizable in real life can be done in the game. 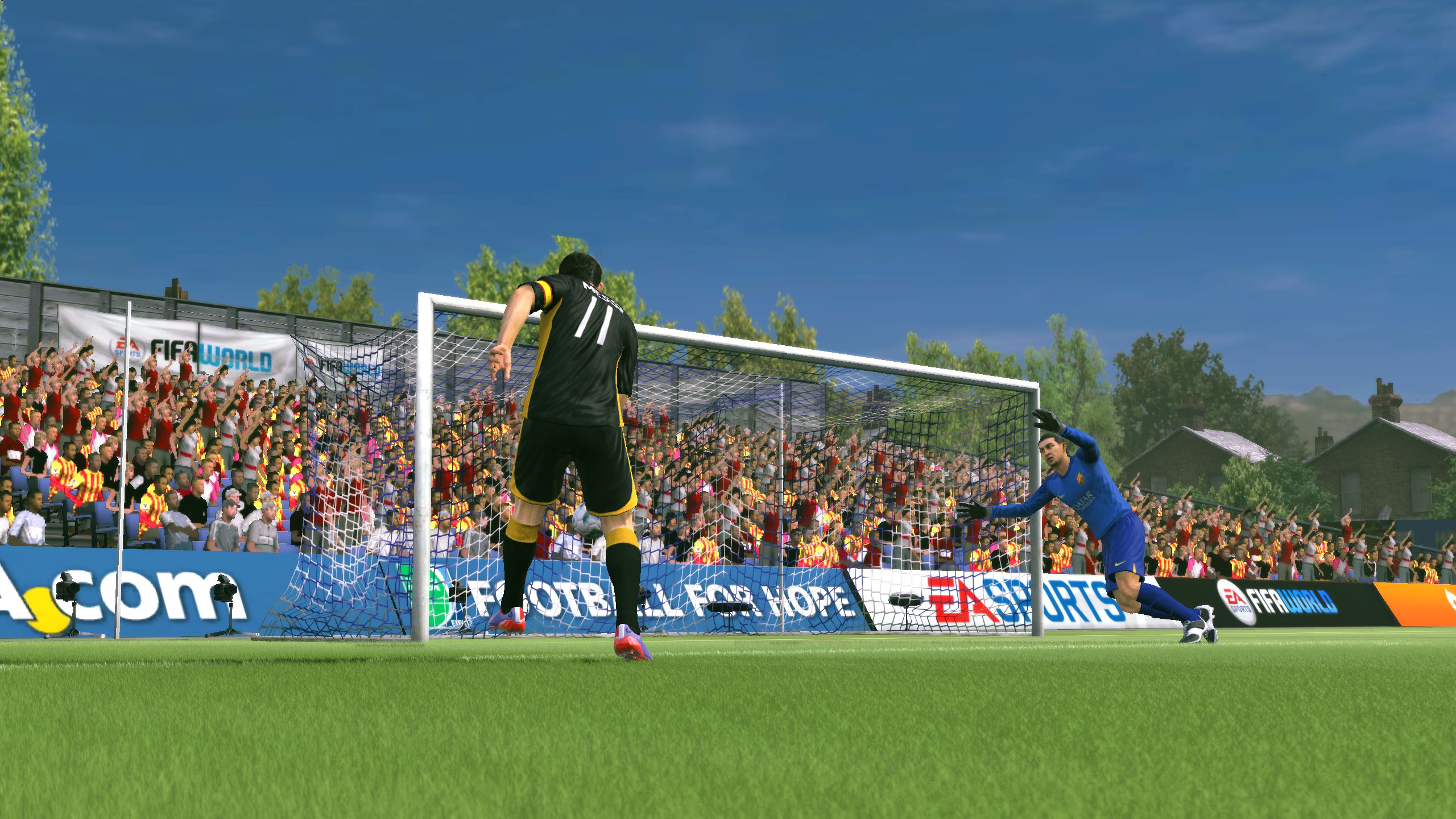 The in gameplay is close to 'FIFA 14' level, but it is watered down somewhat. While most of the basics are here, some of the more advanced skill moves have not been ported over to 'FIFA World' yet. This may be fixed in later patches but I have a feeling that they might be absent due to lag issues. 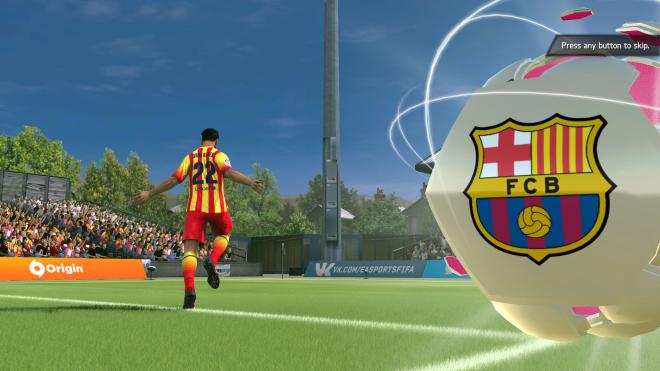 The graphics are nice but nothing special. If you've played the newest 'FIFA' on PS4 or Xbox One you've experienced a much better visual experience than anything you'll get in 'FIFA World.' That being said, the game doesn't look bad. In replays and pregame introductions, the detailed animations and player models really do shine. Depending on the level of your PC you can scale the graphics to different levels but overall don't expect a new gen experience. 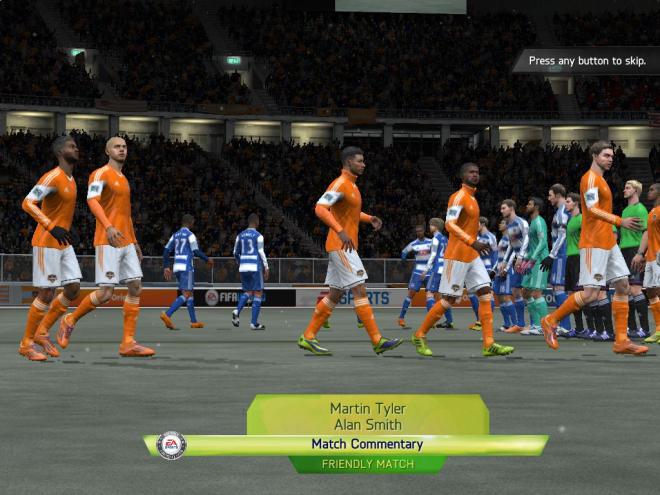 Quite middling fare really. The sound is definitely serviceable but nothing that will pop out at you aurally. The downgrade of the commentators track is quite a blow to the in-game ambiance but seeing as almost all of the teams are custom rosters, I understand the choice they made.

A perpetual online soccer game world is a unique concept, and if you play it, it will hook you. The card system will rope you in with the old 'Magic the Gathering' trick of "opening just one more pack" and hoping for an awesome savior to bolster your squad.

The price point is excellent (free), and the pay-to-win quotient is quite low(you can easily overcame a higher ranked team if you play the game with more skill) make it a perfect storm of rewarding both time spent and ability.

I will be playing the game for a long time. Now if only I can get a better graphics card to see what it really looks like. 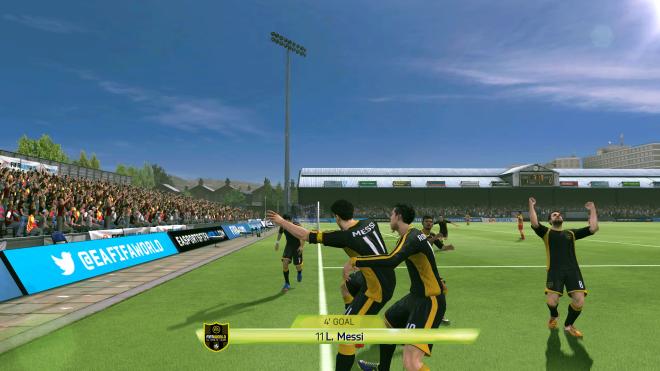 EA Sports 'FIFA World' is really the next logical step in sports games, and I would be shocked if a similar platform doesn't roll out for NFL, NHL, MLB, and NBA in the near future. The game is fun, fast paced, addictive and best of all free. If you like soccer, especially international soccer you owe it to yourself to check out 'FIFA World.'