The Game Itself
3.5 Stars
The Video: Sizing Up the Picture
4 Stars
The Audio: Rating the Sound
4.5 Stars
Replay Factor
2 Stars
Bottom Line
Worth a Look

Survival horror purists have been clamoring for a resurgence of the genre for years. Games like 'Dead Space', along with the more recent entries into the 'Resident Evil' franchise, have not met their standards of what a survival horror video game should be. Fear and tension have been replaced with explosions and an arsenal of weapons. While there may be some amount of truth here (I, for one, adore the 'Dead Space' trilogy), fans of survival horror have not been forgotten and are seeing an abundance of titles that better fit that mold. From 'Amnesia' and 'Outlast', to the more recent 'Alien: Isolation', terror, in all its glory, is on the rise.

In the midst of this resurgance comes Bethesda's 'The Evil Whitin.' Video game designer Shinji Mikami, godfather of 'Resident Evil' and proponent of the survival horror faithful, along with his new studio Tango Gameworks, have promised the next chapter of fear. This ought to mean survival horror and in turn, a focus on confined spaces, limited resources, and an emphasis on running and hiding over engaging in combat. These trademarks of a true survival horror game have certainly been promised, but does blood, gore, and an elevated heart rate equate to an enjoyable game?

We've all experienced bad days. The car breaks down on the way to work. The kids won't stop fighting with each other. You ordered a burger and fries in the drive-through only to find out they packed a chicken sandwich and onion rings. To some, days like these are mostly an annoyance. To others, it's the end of the world. It's safe to say those doomsayers have yet to walk in the shoes of veteran police detective, Sebastian Castellanos. His day starts out bad, turns ugly, and gets downright evil. And as luck would have it, his well worn shoes stand ready to be filled for those venturing into 'The Evil Within'. 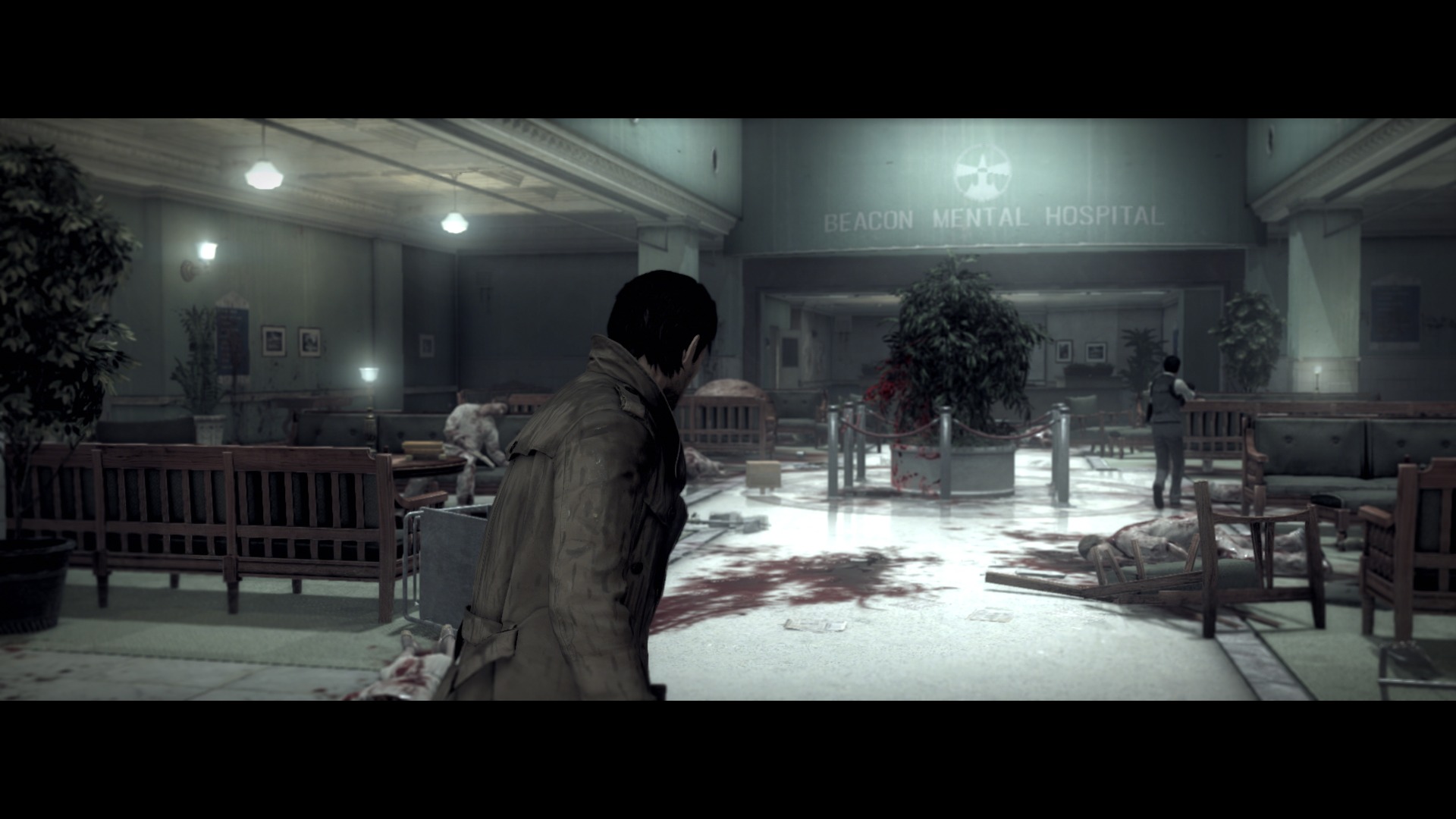 Responding to what begins as a routine emergency call takes a turn for the extreme soon after arriving at the gates of Beacon Mental Hospital. Abandoned police cars are scattered about the driveway, and the lobby of the hospital is littered with the mutilated bodies of the hospital staff. Unfortunately, this grisly scene is just the beginning of the twisted and macabre rabbit hole that awaits Castellanos, and by extension, this reviewer. 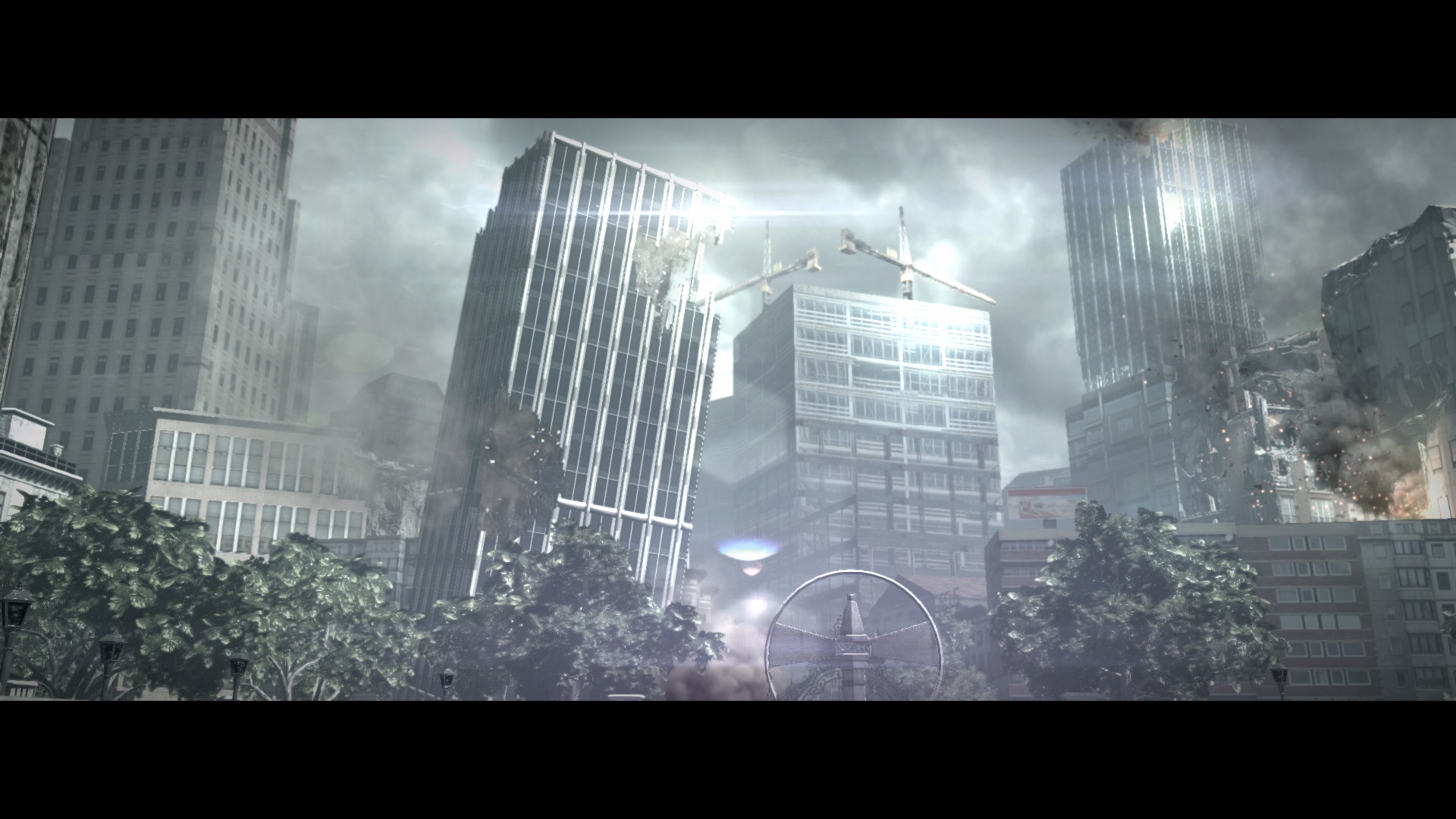 Taking obvious cues from 'Resident Evil and 'Silent Hill', 'The Evil Within' instantly succeeds with its initial pacing. The opening chapter is quite possibly the most bizarre, and enjoyable, experience I've had with a video game in the last several years. The mood is dark, tense, and undeniably disturbing, and I believed it was setting the stage for the remainder of the game. In many ways, it did. Resources are extremely limited, and mastering the ability to sneak your way past the steadily growing horde of humanoid creatures seemed like a perfect blend to match the overarching tone of madness and extreme violence. And yet, somewhere along the way, the mood changes, and the fear I was feeling morphed into gun-toting frustration. 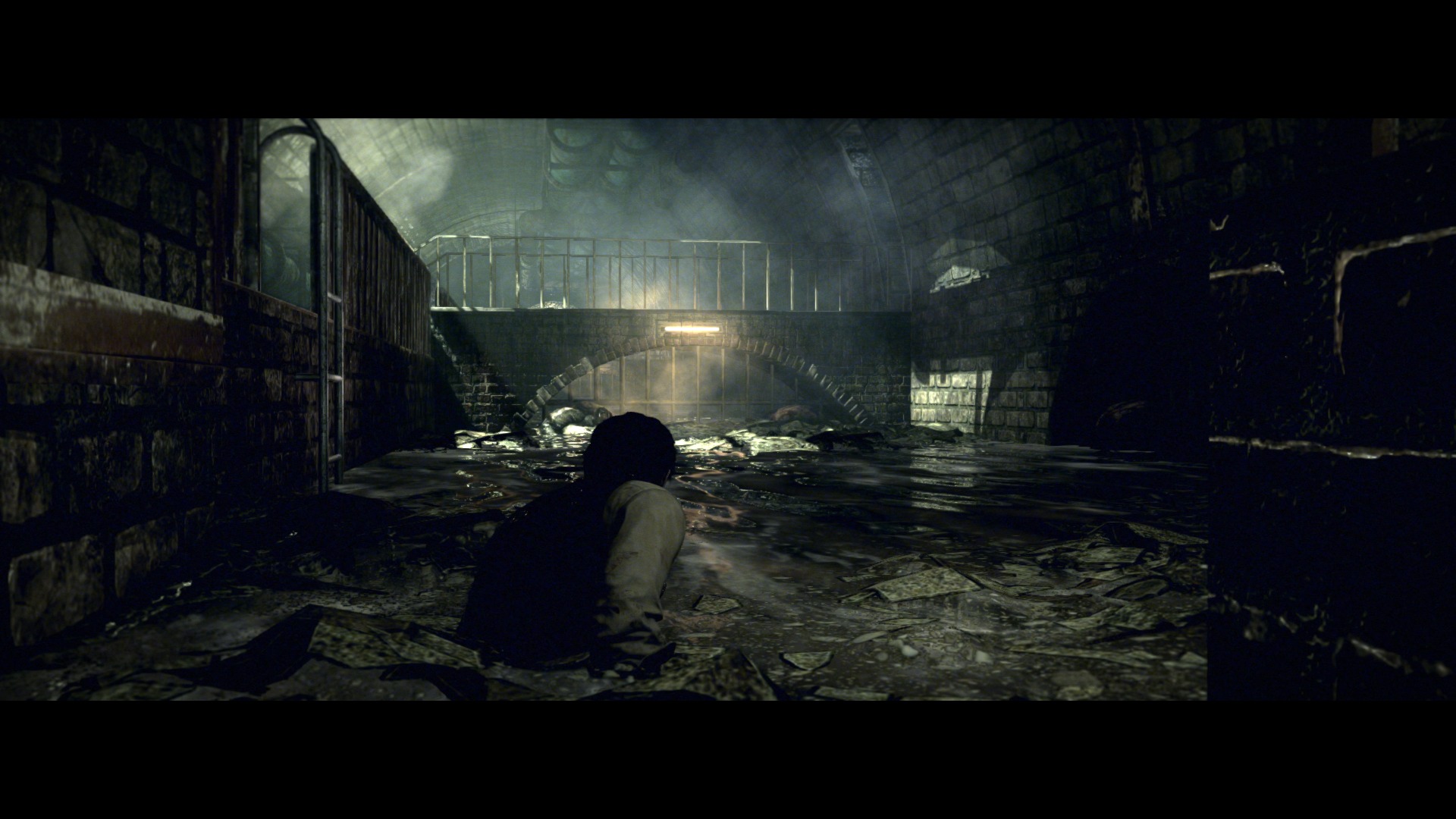 In the game's early parts I was quite contented as I relied on a pistol as my only means of protection. Ammunition was constantly in short supply, and the idea of having to burn the bodies to ensure their death was a nice touch. The creatures were slow, but determined. While they weren't terribly smart, they have a bag of tricks that often surprise. However, at some point, managing my resources shifted from conserving matches and a handful of bullets to scouring for shotgun shells and crafting explosive arrows for the, um, Agony crossbow.

Initially, I considered this shift in gameplay a means of providing additional resources if things became too overwhelming or perhaps just a symptom of a game with different but viable playstyles. The truth is, 'The Evil Within' was setting me up for all-too-common boss battles that almost always found a way to tear me from an otherwise terrifying experience.

While not entirely few and far between, I eventually realized that these encounters were prompting me to think beyond the commonalities of the typical chapter-ending boss battle. Although this epiphany came at the expense of numerous repeated deaths, 'The Evil Within' forces the player to strategize and plan in ways that best utilize the environment and the dwindling resources. For example, lure the beast into the traps and trip wires that have been have previously identified. Set fire to surrounding objects to direct the beast's path. Save a last grenade to finish it off. The options are there, but recognizing them and succeeding with the plan is typically much easier said than done. More importantly, I was never convinced that this form of gameplay was a good fit. 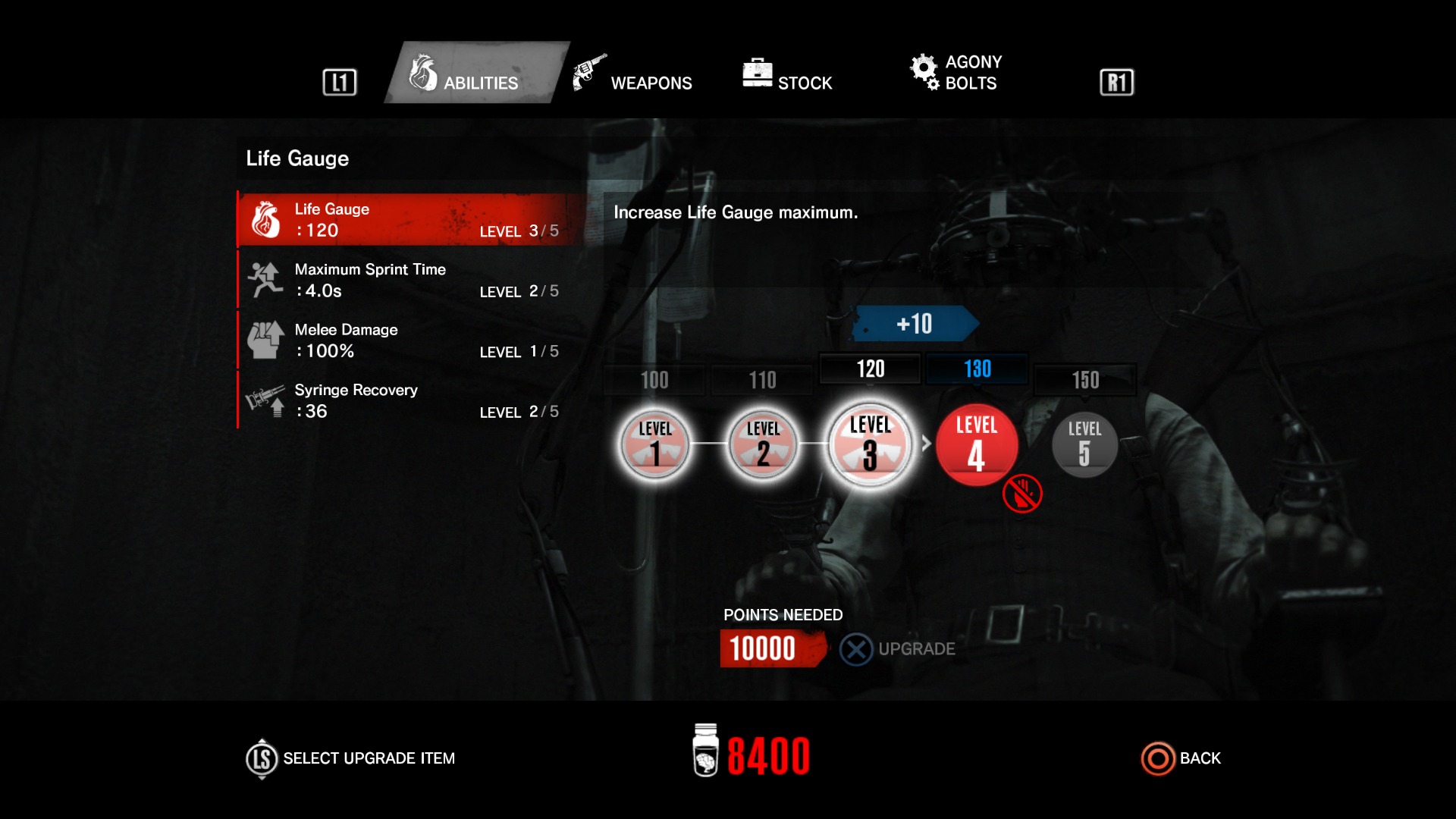 'The Evil Within' also provides options to level up the character through the utilization of a Clive Barker-esque, torture chair. Jars of green, viscous gel found scattered about the environment and left behind by dispatched enemies are a bizarre form of currency that enable you to further enhance your character's abilities (health, stamina, etc.) and weapons. Although an odd mechanic for a survival horror experience, doing so will help to even the odds in an already brutally difficult game.

Shinji Mikami's latest development effort wasn't entirely what I expected it to be. But that doesn't mean that it was a bad game. On the contrary. I believe it achieved what it set out to accomplish – to terrify the player through brutality, gore, and violence. Unfortunately, their means to an end were often interrupted by unexpected (and unnecessary) video game tropes. Thankfully, these sections of the game are mostly outweighed by the disturbing environments, psychologically twisted storyline, and interesting level design. The game's promising start generally holds true, and fans of the horror genre will likely embrace this game for what it is. 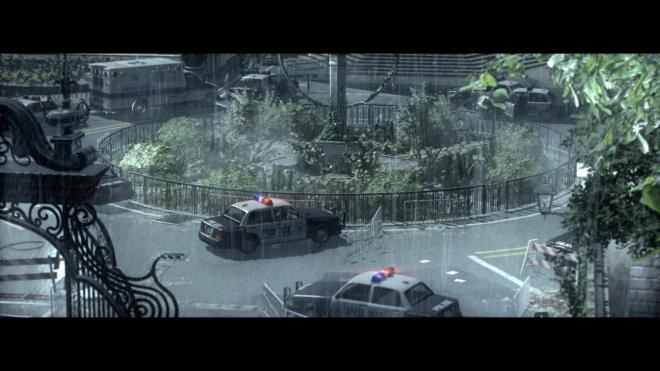 A game like 'The Evil Within' demands a high level of nightmarish visuals, and I'm guessing the artists at Tango Gameworks were set loose to create anything that came to mind. As a result, the M-rating is both justified and applicable. Blood and gore are in abundance and the creature designs would make even the most recognizable names in Hollywood creature effects envious. 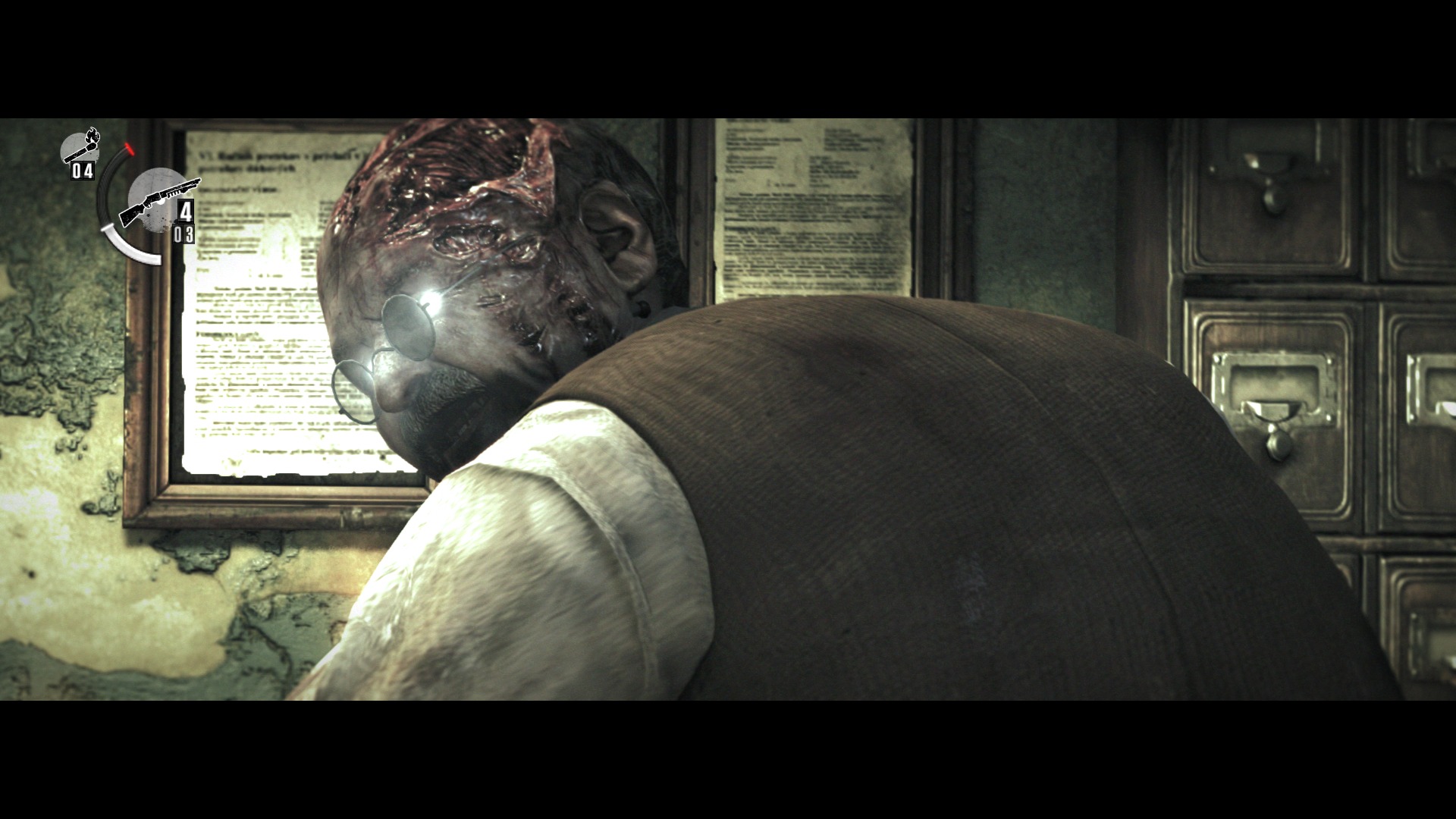 Just as important (and impressive) is the environmental variety and effects. Whether an abandoned village, decrepit mental hospital, or sewer system flowing with blood, the locations are nearly as unsettling as the creatures that inhabit them. The use of light and shadow – flashes of lightning, flickering lights, fires burning in the distance – is brilliant and reason enough to cause hesitation when exploring. And while there is the occasional texture pop-in, most noticeable during cut-scenes, it was never enough to detract from the rest of the game. 'The Evil Within' delivered a terrifying world that I'll not soon forget. 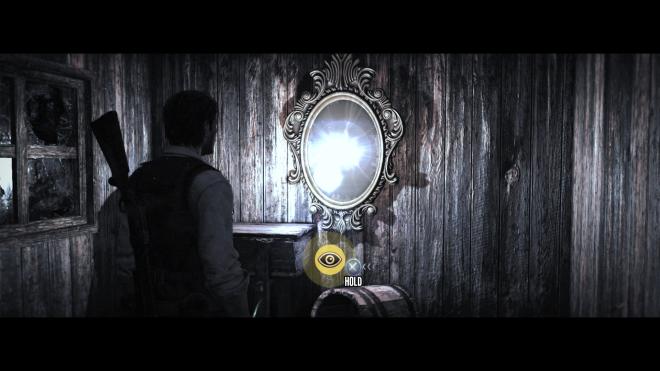 Campy dialogue aside, 'The Evil Within' does a fantastic job with its sound design. Whether using a quality headset to localize the audio experience, or enjoying the game through high-end 7.1 surround sound, I was consistently impressed with the level of audio detail the game offered. Creaking doors, drips of blood, and creatures sneaking up on you are all realized with near perfect directional accuracy. 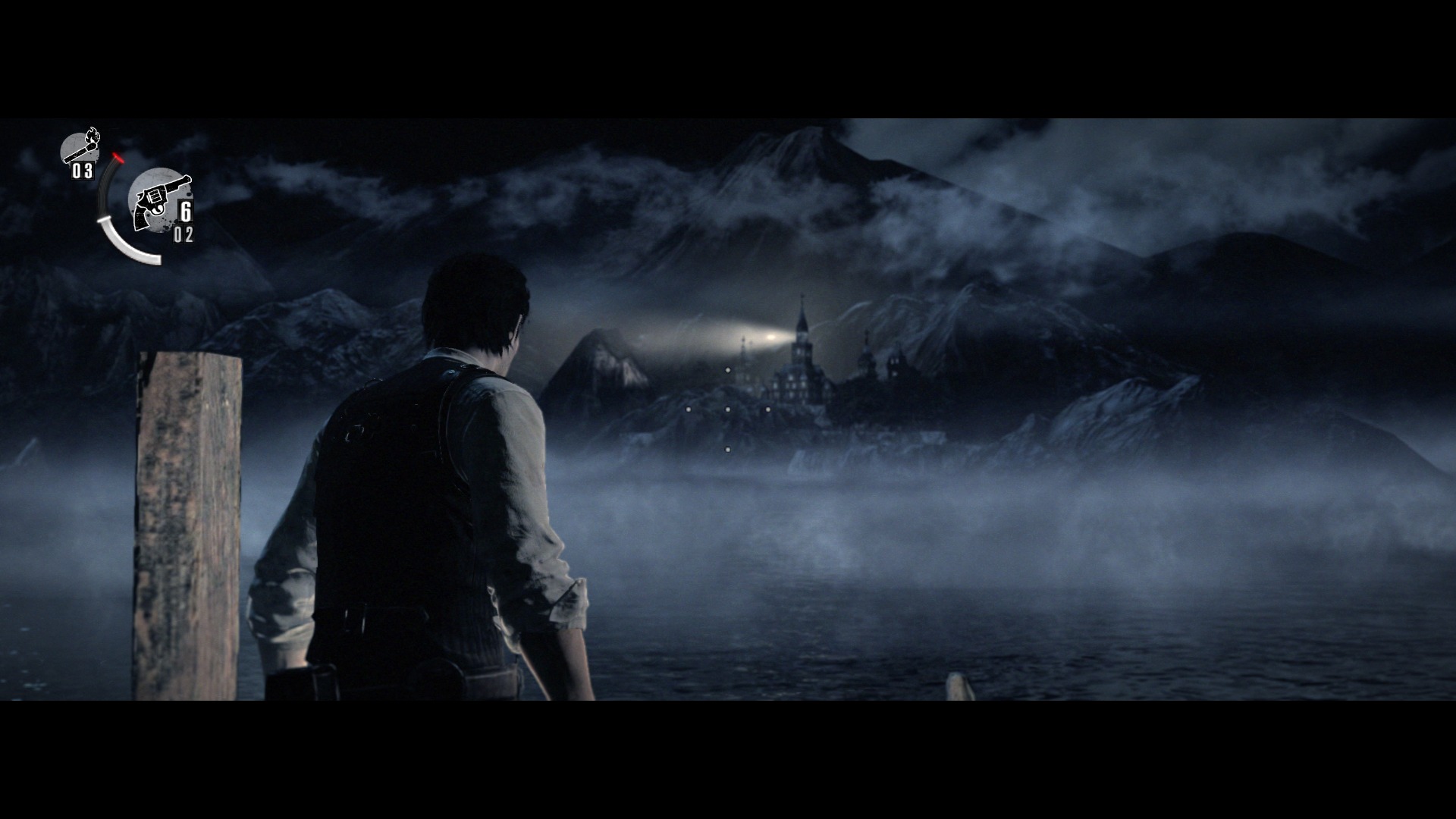 Adding to a high level of sound effect realism (you'll never look at a cantaloupe the same way again), is a musical score that seamlessly heightens the tension occurring on screen. Haunting violins and a somber piano signal your proximity to a save point, and the opening credits song, 'Long Way Down', perfectly sets the mood while rivaling the beautiful guitar work of Gustavo Santaolalla and the incredible recordings he did for Naughty Dog's 'The Last of Us'. The audio of 'The Evil Within' has raised the bar for sound design and will be a challenge for future games in a similar genre to meet or exceed.

'The Evil Within' provides the option to begin playing the game on either the Casual or Survival difficulty setting. During the game, the difficulty can be reduced if things become too overwhelming. Completing the game will unlock the Nightmare and Akumu (translated as Worst Dream) modes. Shinji Mikami has advised that playing on Akumu mode requires '…a high level of mental ability as well as technical ability'. Those looking for a greater challenge to an already difficult game are likely to embrace these additional modes as they become available. 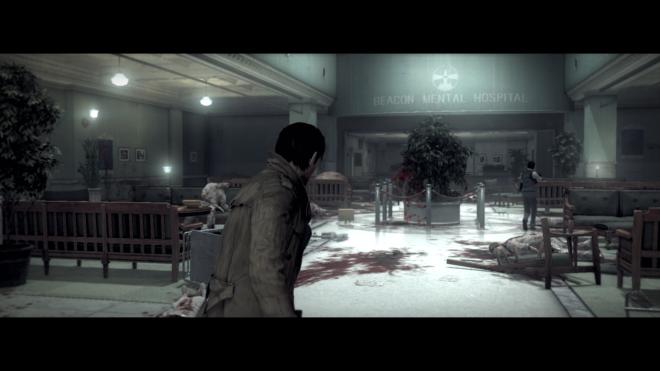 I've been a fan of the horror genre for the majority of my life. From books and comics, to movies, video games, and board games, I'm always on the lookout for something to give me a good scare. However, I've never been a huge fan of the survival horror style of video game. Don't get me wrong, they're good fun, but I've always enjoyed those games that attempt to balance horror and action set pieces more. 'Dead Space 2', in my opinion, is nearly perfect. I was even a fan (albeit, in the minority) of 'Resident Evil 6'. While 'The Evil Within' walks a tightrope that straddles these two types of horror games, it occasionally leans a bit more toward the survival horror side of things. By mixing in some frustratingly difficult boss battles, the games veers off in the other direction. Although both styles of gameplay can be exceptionally fun and exciting, I would have ultimately preferred the game remain exclusively focused on one or the other. The gore and violence reaches a boiling point very early on and people who either take offence or have a weak stomach for such experiences should avoid 'The Evil Within' at all costs. Those looking to test their skills and enjoy an all-out blood bath need look no further.