Digital PS4 version reviewed. The PS4 version is based on the recent 20th Anniversary PC version. As a cross buy title, a single purchase includes the PS4, PS3, and Vita versions.

1991 was an excellent year for popular culture. Disney's masterpiece 'Beauty and the Beast', Nirvana's breakthrough album 'Nevermind', Michael Jackson's best in 'Dangerous', Steven Spielberg's amazing 'Hook' and many many more titles that left more than their mark on many a generation. On the gaming front, few games made as big an impact as Éric Chahi's 'Another World', which was originally known as 'Out of This World' in North America. Remakes and re-releases have popped up on different platform over the years, and now, just in time for its, eh, 23rd anniversary, The Digital Lounge (in collaboration with the original creators) has prepped 'Another World' in full high definition for the current generation of consoles. Is this a cause for celebration, or a new bane of a reviewer's existence?

Back in the day, the gifted, visionary and only slightly crrrazy Éric (to be pronounced with the voice of the 'Crazy Taxi' commentator) came up with a game concept that one can sum up in a mere two lines: Lester, a youthful scientist, is zapped to another world (the title was a dead giveaway) and fights off hordes of monsters in a vain effort to get back to his homestead. Really, that's all there is to the plot. No extraneous padding, no forced back story. 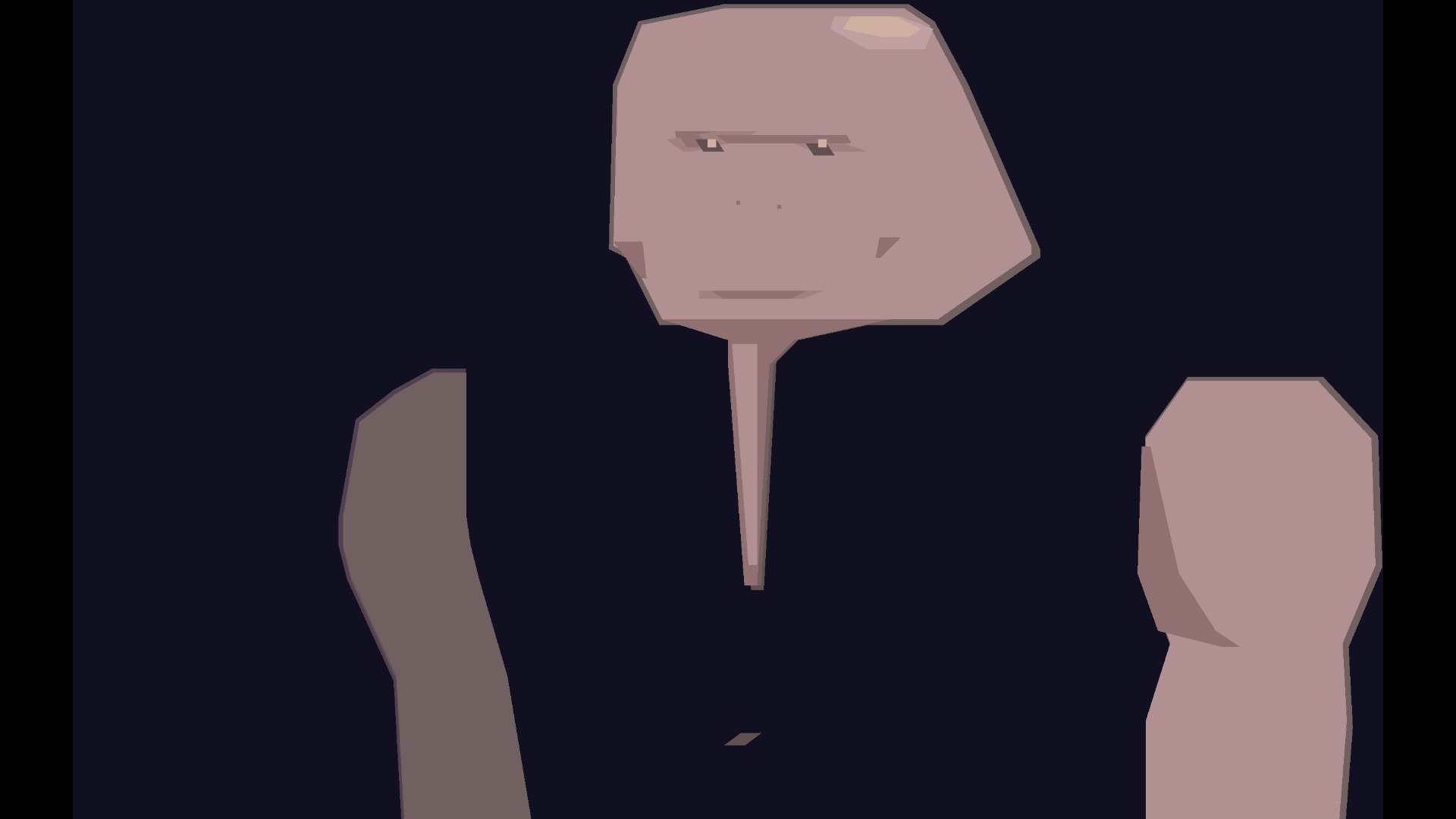 In terms of gameplay, 'Another World' is ostensibly a platformer, but with just a few controls to allow Lester to roam the land, the game can feel more like an adventure game than your graden variety platformer. Part of the distinction stems from the health system. Much like the latter SNES 'Donkey Kong Country,' the game keeps players on their toes by offering neither status bar nor heads-up display. You start out helpless, with a faint kick as your only defence. (Remember 'Bram Stoker's Dracula' on the SEGA CD?) Later on, you do find one weapon with three shooting modes: a standard shot, a short burst that will create a temporary shield, and one massive charged blast that can destroy walls (but takes a long time to load).

While challenging, engaging and expertly designed, the game relies far too many times on coincidences. Allow me to give a non-spoiler as an example. At one point in the palace, one of the guards drops a pre-Gungan goober ball if you corner him well enough with one of your shielding force fields (of course, without killing the guard first). Said ball will subsequently create a hole in the screen below, which will then be your one and only way out. Pardon my French (for this is a French game), but that's 'Castlevania'-style whirlwind bollocks. You can't expect a reasonably skilled gamer to find the best way to kill a guard (corner him, then make him drop a crystal ball). In this Nintendo hard game, with one hit kills, you want the quickest way to kill a guard. And what makes it all the more infuriating? Without the hole created by one lucky ball, you're completely stuck. You have to kill yourself, and try again.

Exploration and discovery is a big part of the game, but it takes serious trial and error to find what is almost always a single specific solution to progressing.  Finding a second way through the game should be supported. Here, you're punished for it. Can I say ça alors? Merde, maybe? 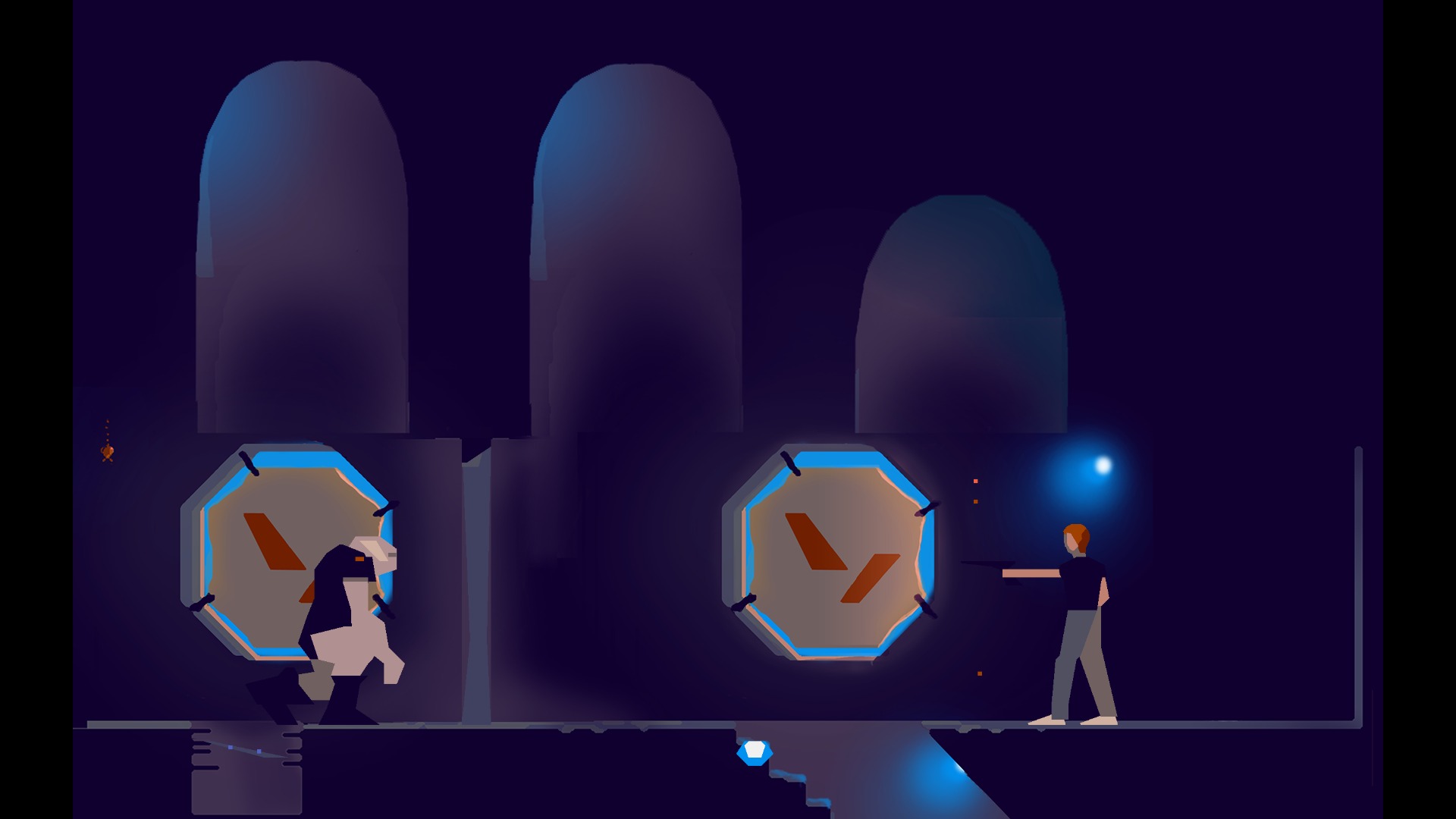 Of course, figuring out a solution is only half the battle.  Executing the solution can be brutually tough.  Expect to be killed a lot, for these guards carry golden guns with silver bullets: one hit spells doom. As such, eventually reaching the end is therefore very rewarding.

The key to playing the game now is more than just just gettign from the beginning to the end.  So many of the game's sequences are unique, or else form the design basis for dozens of games made sense.  There's a moment in the game when you can look out of a tower and over a city, the idea was that the player had a peek at areas where they would later go... which sounds a lot like 'Demon's Souls' and several other current AAA games. 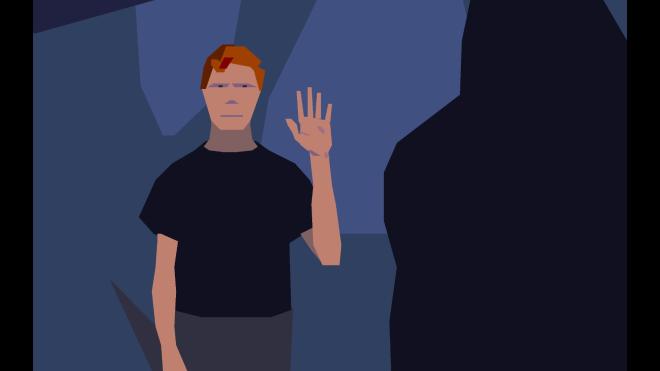 The new graphics are exquisite with a healthy hint of Saul Bass influences. Characters are composed of large mattes that become especially apparent in close-up. A palette of just a few basic colours (a stylistic choice not unlike that of Warren Beatty's 'Dick Tracy') pays off with well-defined and pleasing results. Even better, a genuinely impressive feature allows the gamer to alternate between the old and the new graphics with just one flick of the switch or one press of the button. I did hope for one or two hidden features through switching (say: showing a hint by going back to the 1991 style), by that sadly wasn't in the cards. 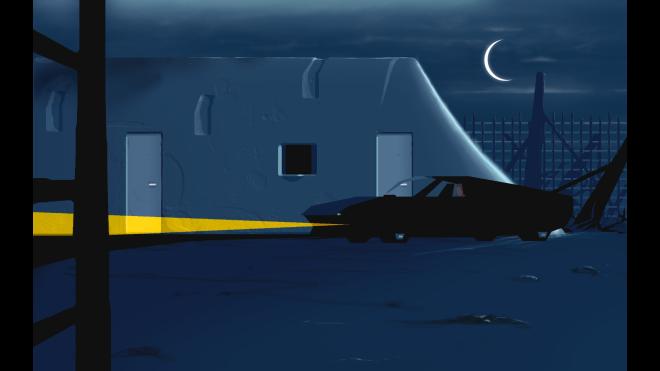 J.F. Freitas composed ethereal Vangles-esque, 'Blade Runner'-inspired music, which is quite fitting and beautiful. The soundtrack can be adjusted according to the player's own wishes: the original edit (with sparse sound effects), the remastered version or a combination of both. I opted for the latter. There is no dialogue in the game, and only a handful of written lines in the prologue. The whole opening scene oozes cool and street credibility, and has undoubtedly influenced French electronic artist Kavinsky. The car, the sounds, the attitude, it's all there. Very atmospheric, and very well done.

Unless you really want to test how far you can stretch the agility of your heart before going into cardiac arrest, I wouldn't advise playing through the 'hard' version more than once. In fact, the 'easy' option is plenty tough as it is.

Sadly, this digital rendition of 'Another World: 20th Anniversary Edition' doesn't offer any bonus content worth writing home about beyond the dual graphic and soundtrack options. The PC version on which this new console version is based included several behind the scenes and retrospective content pieces, which are sorely missed here. 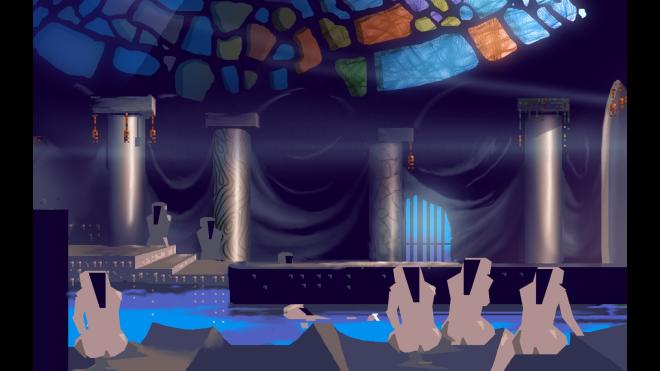 Make no mistake, 'Another World' is the same game from 1991 in a flashy high definition disguise. But a classic is a classic no matter what, which is why 'Another World' comes recommended. Pesky, difficult and challenging, but never impossible, this 23rd Anniversay Edition impresses with a no frills attitude and tons of respectable fun. New gamers may be put off by the simple graphics or the gameplay of yore (the fiancée of one of my best friends is a 'Mario Kart 8' and 'Luigi's Mansion' fan and couldn't believe how old fashioned 'Another World' looked and played), but serious gamers can safely download this festive edit without expecting too many changes. This is still a short game, but it's challenging until the literal end. Enjoy it with some French Belgian fries and a chilled glass of Chardonnay.