The Game Itself
4.5 Stars
The Video: Sizing Up the Picture
4.5 Stars
The Audio: Rating the Sound
5 Stars
Replay Factor
2.5 Stars
Bottom Line
Must Own

Ori and the Blind Forest

'Ori and the Blind Forest' was created by Moon Studios, a team of developers who work from all over the world and have no centralized headquarters. It has been in the works for at least four years, and was picked up by Microsoft for publishing during that time.

Moon Studios has been very clear throughout the development process that they wanted to create an homage to the action/platformer/RPG games of the early 1990s. This kind of fast-paced platformer is referred to as a "metroidvania", in reference to the 'Super Metroid' series that helped shape the genre. 'Ori and the Blind Forest' feels a lot like one of those games.

Ori is a spry little forest spirit whose homeland has recently been devastated by some kind of horrible plague or corruption. He lost his best friend Naru in the cataclysm, and is soon adopted by another spirit, Sein, who guides him on his path to revive the forest. At first, Ori is limited to a single weak jump, but throughout his journey can find upgrades to enhance his abilities. Defeating enemies and finding certain collectibles adds experience points that can further upgrade both Ori and Sein. Before long I was double and triple jumping, breathing underwater, and launching myself off of the backs of enemies. 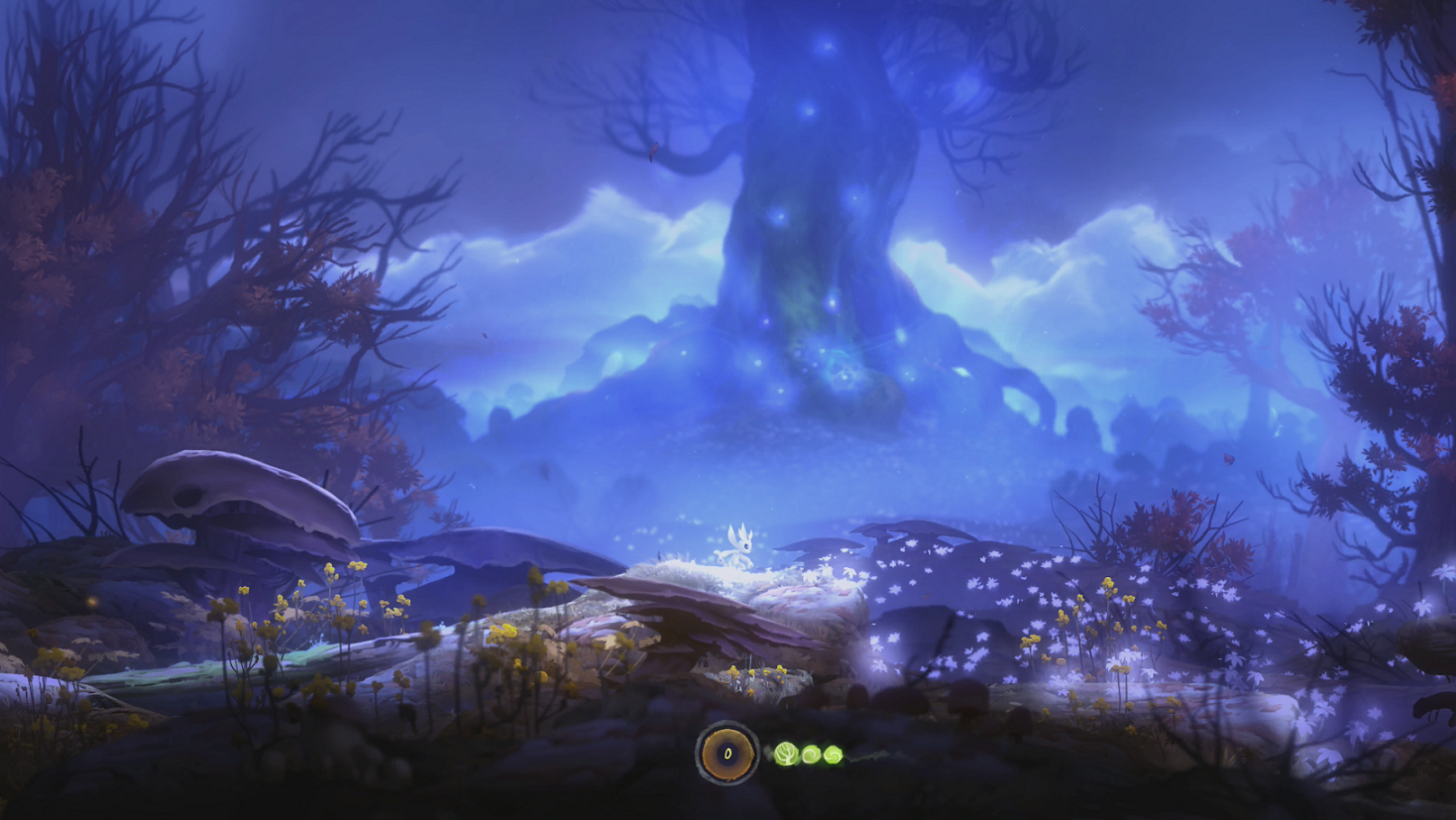 'Ori' plays very smoothly, with excellent controls and an intuitive, organic platforming rhythm. Learning to control Ori is a snap, and he can cover ground quickly once the basic controls are mastered. The level design is similarly masterful. The game includes environmental puzzles, and quite a few of them, of varying difficulty and complexity. The storyline is only a fraction of the fun. Every time Ori leveled up, I would scour the map for power-ups that had previously been just out of reach. 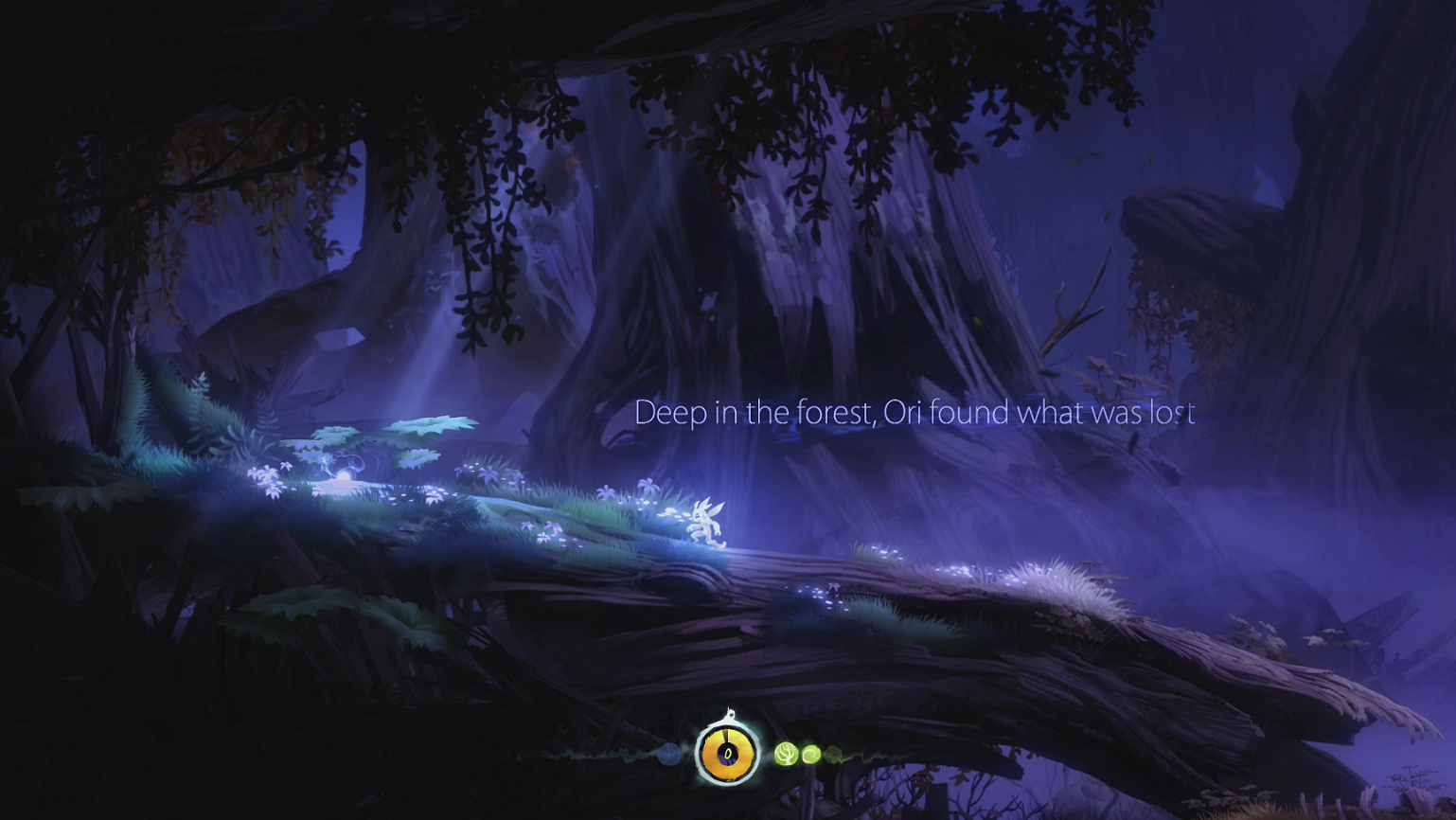 'Ori's story is conveyed subtly, with sparse cutscenes that rarely slow down the pace of the game. Most of the plot is communicated to the player with a cryptic line of text over Ori’s head and some rumbling voice-over narrating said text. It’s a simplistic approach, but it also works wonderfully. Ori’s journey is heartbreaking and uplifting. While the darkness in the world has robbed him of a friend, it also gives him the opportunity to leave the overprotective Naru and experience what the Nibel Forest has to offer. He meets new friends along the way, some of whom he rescues from their own darkness. 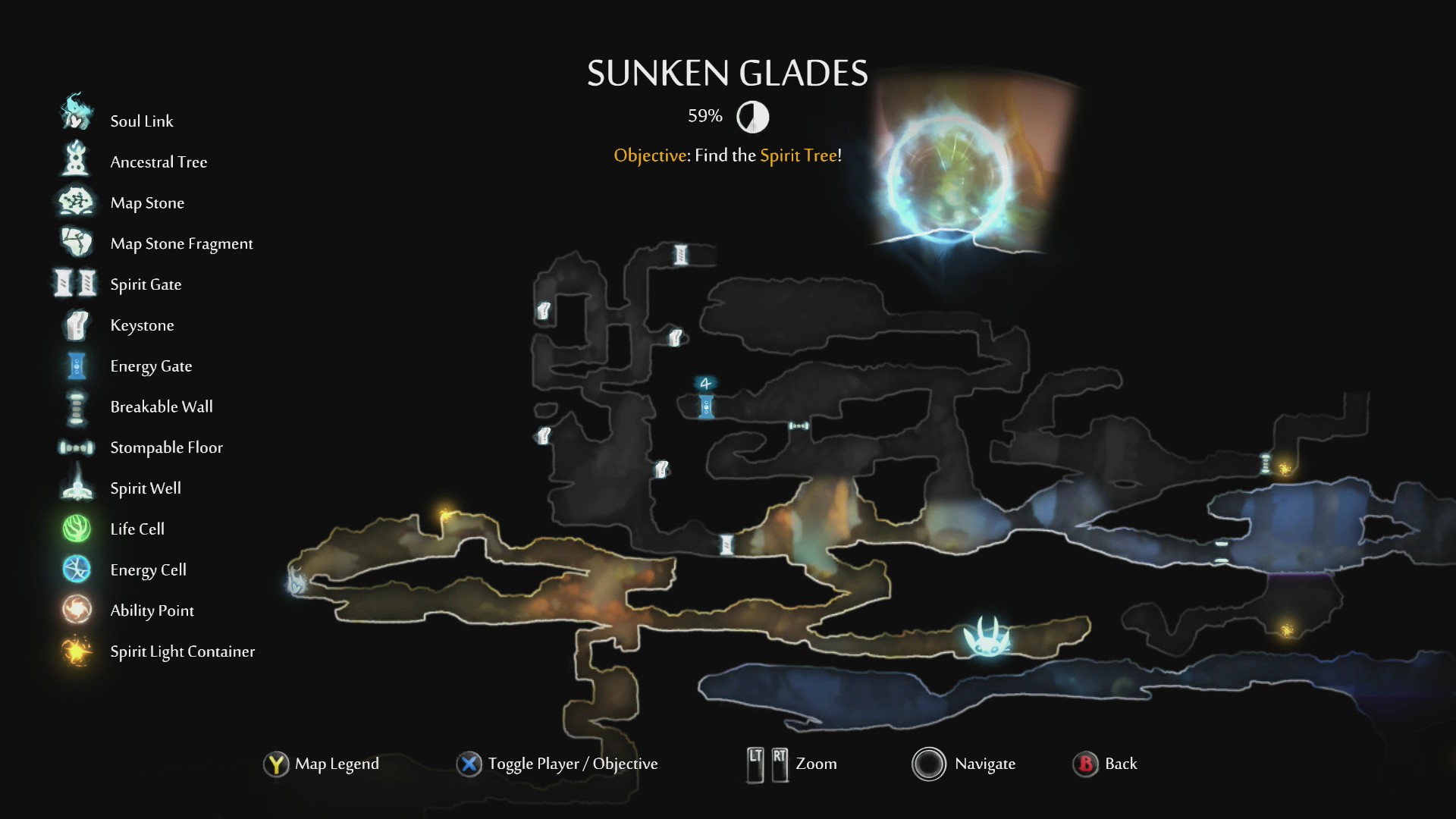 Despite the smoothness and ease of gameplay, there are sudden difficulty spikes. These typically come when new enemies or mechanics are introduced, as Ori is thrown into the mix with little warning. One particular sequence, after purifying the interior of an ancient tree, was particularly hard. Water rushes up from below, threatening to drown Ori if he doesn’t rush up the walls of the tree fast enough. It was one of the most difficult and exhilarating platforming sequences I can recall ever completing, and it took at least 30 attempts. Moments like this are uncommon, and as frustrating as they are, I have to hand it to Moon for making me love 'Ori and the Blind Forest' even more. 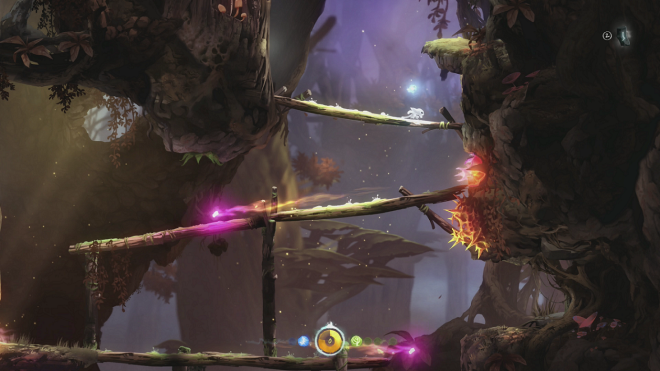 Nibel Forest is a beautiful, charming portrait. Imagine the alien, brightly colored, luminescent world of Pandora from 'Avatar', stretched out into a two-dimensional canvas and filled with ledges, pits, and glowing orbs of energy. It feels alive and about as real as a 2D video game forest can get. The effects are excellent, especially light and water. My only real complaint about the art design is that some of the backgrounds are very light in color, which camouflages the completely white Ori. This can make some jumps difficult when in those environments. From a technical standpoint the framerate is smooth, although there is the occasional lockup that lasts a few seconds. 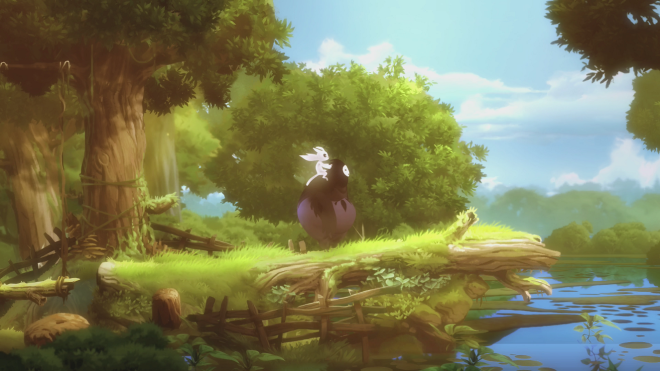 The music of 'Ori and the Blind Forest' is hauntingly lovely. Woodwinds abound throughout, lending it a primordial, indigenous feeling. The accompanying piano is contemplative and almost sad. Sound effects are sharp and distinctive. The only voices are the narrator and the occasional squeak from Ori, and in total, the audio presentation was flawless.

'Ori' is relatively short, perhaps 10-12 hours for a completionist and half as much for just the critical path. It can quite easily be finished in a weekend. While the game is a masterpiece through and through, knowing the story and all of the puzzles lessens the appeal of a replay. 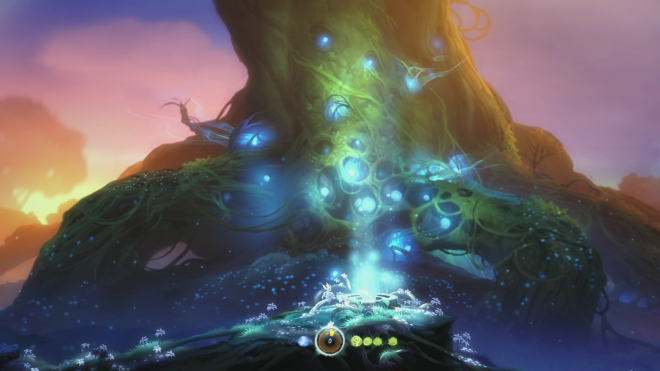 'Ori and the Blind Forest' isn’t just a great platformer, it’s a work of art. It oozes style and charm and has an accessible and touching story. Games like this don’t come along every day. Despite its brevity, $20 is well worth the experience.