After Midway’s bankruptcy in 2009, Warner Brothers acquired the 'Mortal Kombat' IP and rebranded the studio as NetherRealm. One of the game’s two creators, Ed Boon, is still employed at NetherRealm. The franchise was rebooted with 2011’s 'Mortal Kombat', distilling and recooking nearly twenty years of in-game lore. Now we have 'Mortal Kombat X', which continues the rebooted story from the previous game.

'Mortal Kombat X' is, by and large, a modern translation of the earlier games in the series. Gameplay and visuals have come a long way, but this is a good old-fashioned fighter. During story mode, a constantly rolling narrative provides a justification for each fight. It goes through several chapters, each of which features a different character doing the fighting for the player. The storyline jumps around in different time periods but, as usual for 'Mortal Kombat', is about gods and sorcerers trying to take over Earth, while a hodgepodge collection of fighters defend it. 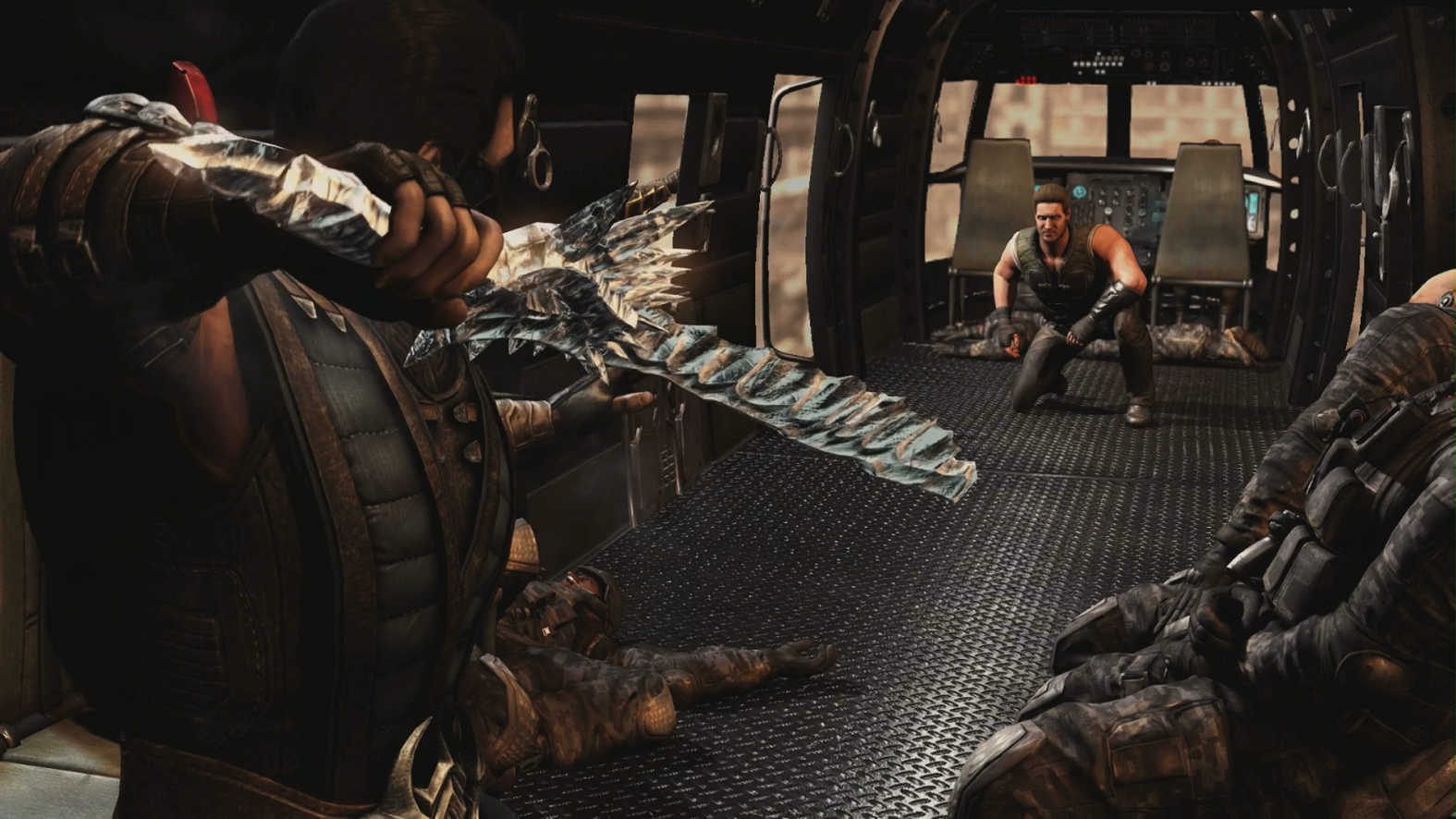 The tournament format of the apocalyptic invasion of Earth has been abandoned, and now it’s just a fistfight between the forces of Shinnok, disgraced elder god, and Raiden, god of lightning and self-proclaimed defender of the Earthrealm. There are also ninja clans, Shaolin monks, alien creatures like D’Vorah and Reptile, and lots of other strange things. The storyline mostly makes sense in a disjointed, time-travelling way, but is just a preamble for the main event, the fighting. The dialogue in particular leaves a lot to be desired, except as camp entertainment, in which case it’s great.

The brawling itself is deep and rich, with a wide array of fighters and huge move lists for each one. There are of course the series mainstays, like Sonya Blade, Johnny Cage, etc. (and their children, of all things), but there are also new fighters like mesoamerican Outworld leader Kotal Kahn and his henchman Errol Black. Each fighter has three different stances that change their skillsets and abilities. Reptile, for example, has a stance for camouflage, for his signature venom, and for increased mobility. Each variation preserves the core combo sets, but offers new special moves.

Combat can be as easy as button mashing, or with practice and dedication, it offers much more. Attacks can be countered and reversed, combos can be strung together for big damage, and the environment itself can be used for attacks or movement. An energy bar builds up over time that permits even more useful moves, like combo breakers and the grisly x-ray attacks. Only a few issues with controls get in the way - blocking in particular can be fussy, and trying to dash or run is a pain.

As this is a 'Mortal Kombat', the game would be remiss without including spectacular displays of violence and gore. It’s almost laughable how far we’ve come from the "morality" controversy from the first game’s release in 1992, when the US Congress demanded that the industry create a rating system for parents (now codified in the ESRB). Back then all we had was some digitized blood and assorted bones being removed from bodies in a pixelated fashion. Now we have extremely detailed and anatomically correct fatalities and x-ray attacks. Spines are snapped in two, skulls are crushed, and other unspeakable horrors await brave players. I’m not saying any of this is bad, I’m saying it’s 'Mortal Kombat', and the devs have really outdone themselves with their morbid creativity. 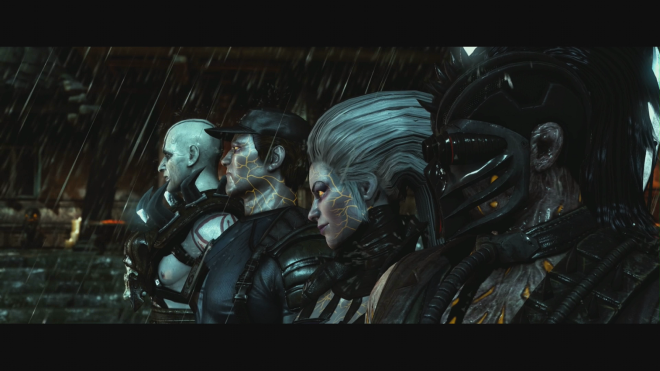 'Mortal Kombat X' looks pretty nice on the Xbox One. The camera is fluid and cinematic, moving up close for quick shots without breaking the flow of combat. The backgrounds for most of the stages are well done. Lighting and other visual effects are vivid. The textures could use some work, especially on some of the character models during cutscenes (Johnny Cage, for instance). Loading screens are frequent but short-lived. 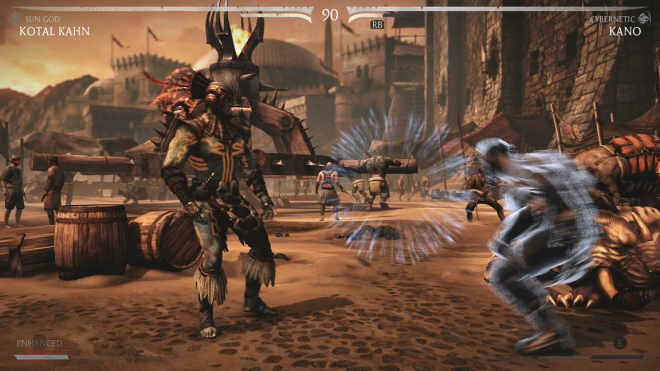 The game’s music was done by Black Mass and has a dark, bassy feel to it. It’s not unlike a sci-fi movie soundtrack - lots of percussion and pensive segments leading to strong crescendos. Sound effects are thick and heavy, especially in the x-ray attacks and fatalities where they lend an almost sickening realism. The voice acting is good but, with the dialogue the way it is, can come off as hammy.

Story mode isn’t the strongest part of 'Mortal Kombat X', but thankfully there was a lot of other content to keep me occupied. Tower mode has successive lineups against many different characters and with changing variables, and it was there that I spent the bulk of my time with the game outside of the campaign. There is an online mode with simple matches and more engaging team fights. King of the hill returns from the previous game. The faction page lets the community compete against itself for prizes, similar to the daily challenge systems found in other multiplayer games. The player accumulates "koins" for each match that lets them purchase new moves, skins, and other tchotchkes in the Krypt. 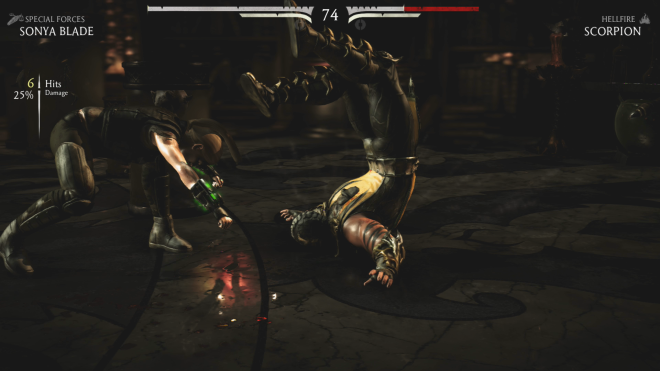 The latest 'Mortal Kombat' is a solid entry in the franchise and a great fighting game in its own right. It has much more content than I expected, and the huge roster and addition of stances for each character give it long legs. The microtransactions are real, but manage to keep to the shadows enough to not spoil the hard work that NetherRealms has been doing. Fighter fans will find a lot to like about 'Mortal Kombat X'.