The Game Itself
2.5 Stars
The Video: Sizing Up the Picture
3 Stars
The Audio: Rating the Sound
4.5 Stars
Replay Factor
2 Stars
Bottom Line
Skip It

Disc version reviewed for Xbox One.

'The Crew' is Ubisoft’s foray into the road racer genre. It was developed primarily by Ivory Tower with assistance from Ubisoft Reflections. Ivory Tower has a large number of developers from Eden Games, best known for the 'Test Drive' and 'V-Rally' franchises. Ubisoft Reflections is formerly Reflections Interactive, which worked on the 'Driver' racing series.

'The Crew' is an ambitious racer set in an open world model of the United States. The world is not to scale, of course - the distance from Detroit to St. Louis is about fifteen miles, for instance. It is an online, persistent world that’s not quite an MMO. Much of the single-player narrative can be shared with friends or randoms, and racing with others is a drop-in/drop-out affair. Neighborhoods are instanced so that a handful of other players are visible at any given time, and those people change frequently when not in the party. When starting a mission, a co-op option can be selected, and when not in a mission, requests from other people will drop onto the screen. 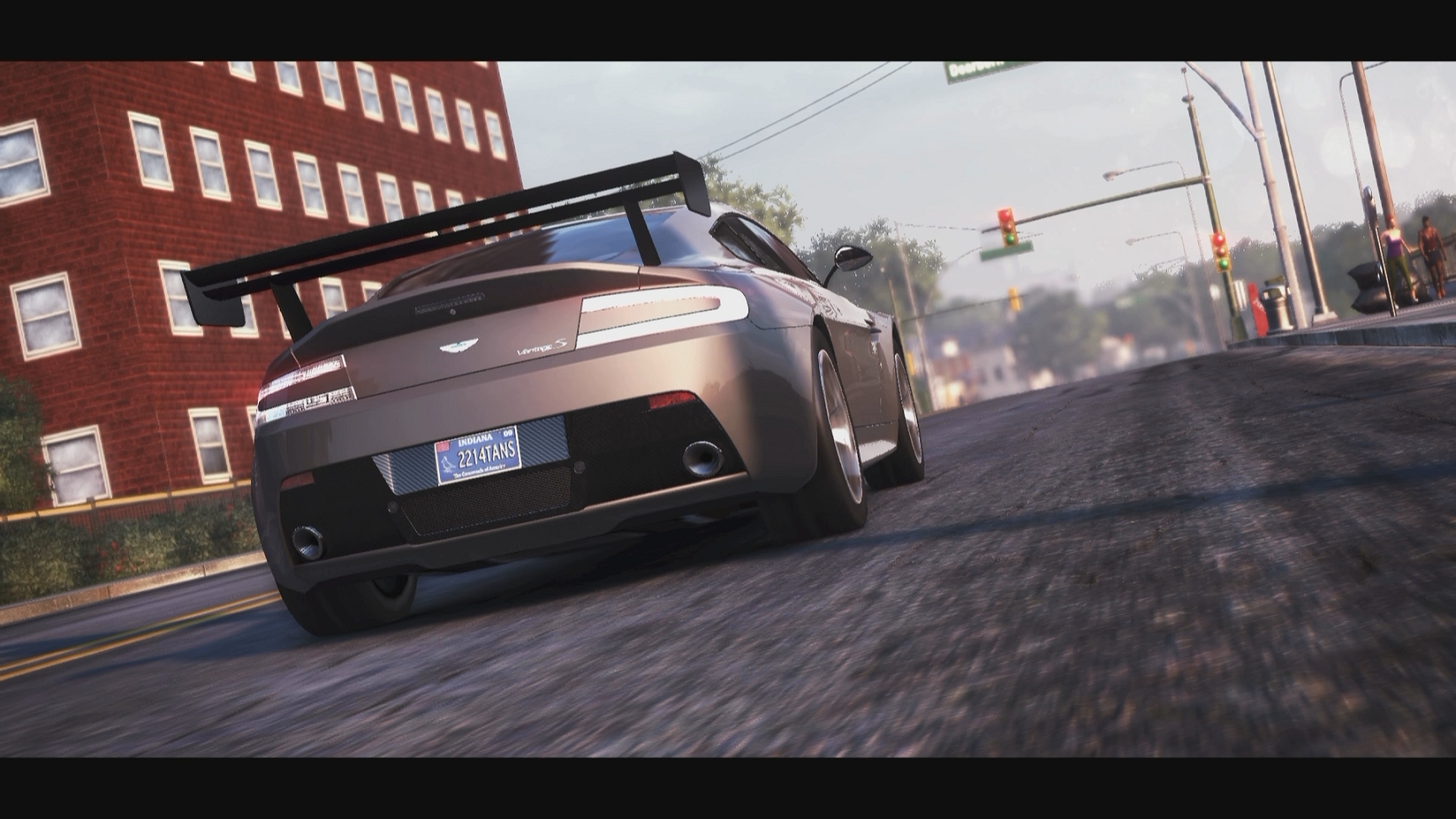 MMO elements are represented in a kind of character development system as well. Completing races, missions, and open world events award money, parts, and experience. Parts have a level of their own and add minuscule benefits to a car and raise the car’s level. New cars can be purchased and upgraded with existing parts. "Classes" are included in the form of specs - road spec, dirt spec, and so on, each better on a different surface or in a different role. This is all separate from the player’s level, which is used to gain entry to more challenging events and award perks, which also provide minuscule bonuses to various attributes. 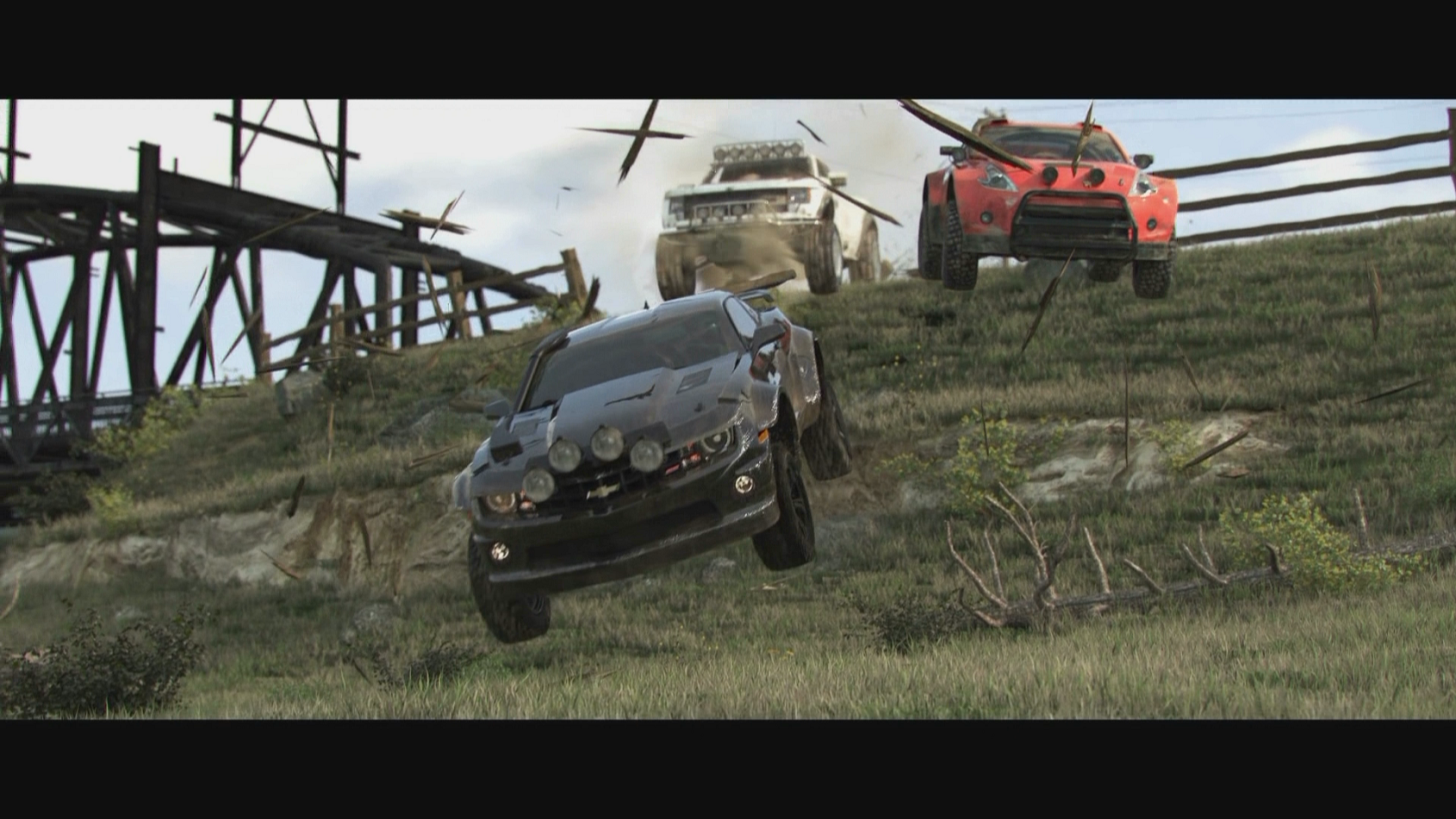 Frustration rears its ugly head when this grind-heavy system, one of the worst parts about the MMO genre, is combined with 'The Crew’s' AI. Most races are tightly scripted and the computer opponents are on rails. Whenever I played the same race more than once, the other cars drove exactly the same way as the previous time. Unless I got significantly better in that thirty seconds since the checkpoint restart, I could usually anticipate how the race was going to end. The cars inexplicably speed up and slow down at dramatic moments. Even if I had the best performance of my life, the second-place car would sometimes zoom up to mach 3 in the last few seconds and I would stare wearily at a game over screen. Some races can be won just by memorizing the routes of opponents, which makes me feel less like I’m driving a car and more like I’m counting cards or participating in a behavioral learning experiment. Competitive co-op races aren’t much better, as the lack of clear rules means that players turn each match into a demolition derby instead of just racing. 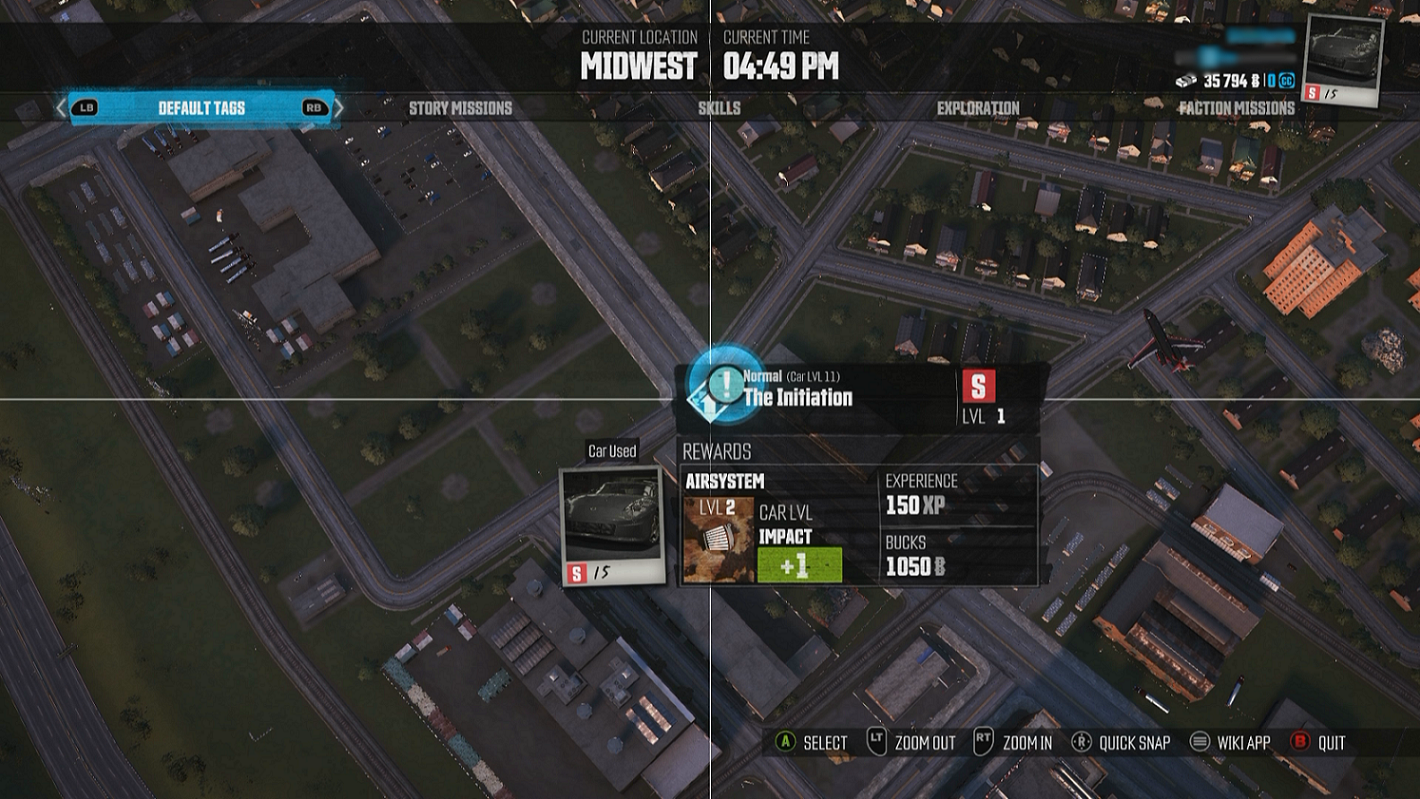 The physics of the cars is also vexing. Especially at lower levels, the vehicles tend to slide more than drive. Even a restrained flick of the handbrake often results in a race-losing, predestrian-ramming spin. Mild turns at moderate speeds can send a car careening out of control. Some of the open world events require more precision, like running through a line of targets, and the wobbly nature of the driving often spoils it. The UI doesn’t help, as it is constantly dropping notifications, info windows, and co-op pop-ups onto the screen, accompanied by endless phone calls from supporting characters. My driving is reckless enough without all of the distractions.

The game’s storyline is cheesy, and not in a self-deprecating, B-movie fashion. It’s like the writers took the plot of every auto racing movie and smashed them together into something they thought the average teen boy would understand or want to get involved in. An overconfident and brash rookie gang driver watches his brother get killed by a corrupt cop and is then framed for said murder. Years later he is released from prison by an attractive FBI agent who wants him to help her set up the corrupt cop by infiltrating the same tuner gang that killed his brother. Don’t worry, there’s an explanation for why none of the gang members will recognize him. The story gets in the way of the experience instead of supplementing it, and encouraged me to spend more time in co-op and the open world. 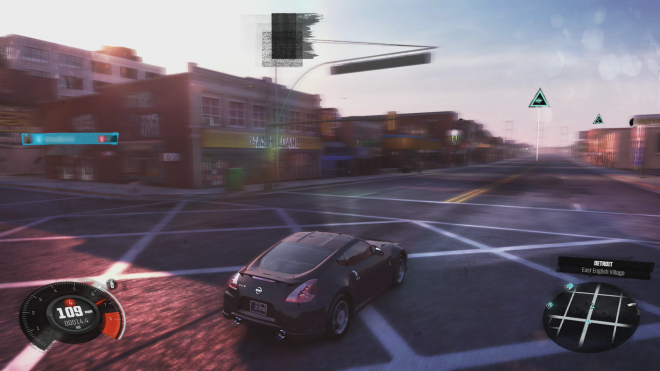 Some of the cars look nice, with smooth textures and detailed lighting. Others lack the slick appearance of those found in other racing titles. Outside of the car, the game suffers from odd pop-ups and visual artifacts, and a comparatively short draw distance (very important in a game where the camera frequently travels above 100mph). Objects in the distance are fuzzy, and an added motion blur at high speed just disoriented me instead of the desired effect of making me think I’m going really fast. 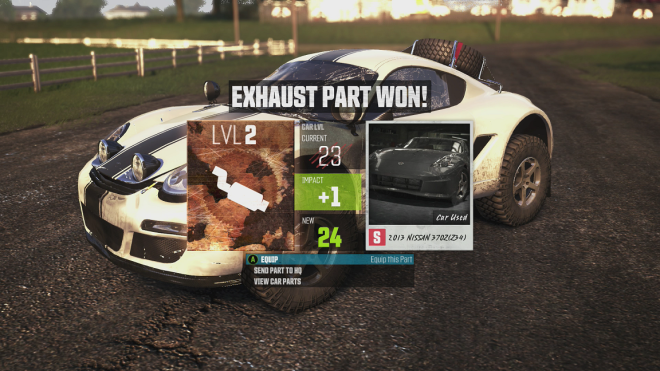 The cars sound suitably powerful, especially engines in the perf and circuit specs. The in-car radio soundtrack has several modern rock, hip-hop, and electronica stations with good selections. The techno-inspired score is catchy when it is not drowned out by an engine, police sirens, or the radio. The voice acting is average, even if the tepid script doesn’t help.

As a persistently online game, 'The Crew' is all about playing things over and over. Got a bronze medal on a jump event? Play it until you get a gold. Finished today’s challenges? There will be more tomorrow. Can’t afford a million-dollar car? Here’s $100 per race, or you can just spend real-life money to unlock them. Ubisoft’s recent games don’t yet have the paywalls found in mobile games, but they do have more microtransactions than I would expect in a $60 retail title. 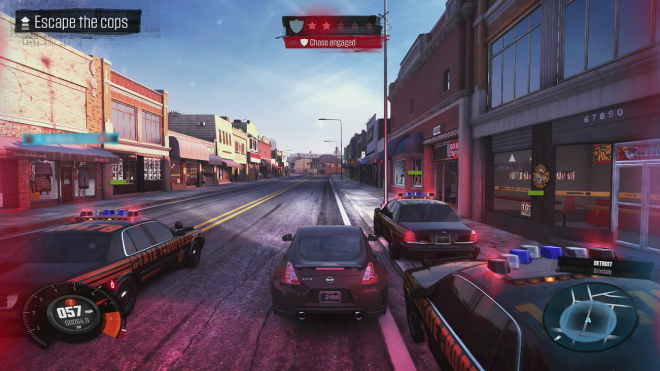 'The Crew' is a strained lovechild of 'The Fast & the Furious', a pay-to-win MMO, and the “always on and never alone” character of social media. Under the grimey physics, abusive AI, and lame story, there is almost a decent casual racer here. The distinction between city environments makes it somewhat fun to drive around the country, even if the tedious missioning and lack of a real reason to play in co-op undermine its charm. If you are a fan of racers, there are far better places to spend your money.