The Game Itself
2 Stars
The Video: Sizing Up the Picture
2.5 Stars
The Audio: Rating the Sound
2 Stars
Replay Factor
0.5 Stars
Bottom Line
Skip It

'Escape Dead Island' is a spin-off of the 'Dead Island' first-person tropical island zombie-killing quasi-MMO franchise. Unlike the first two releases in the series, this title was developed by small Swedish studio Fatshark, whose best-known console title to date is probably 'Bionic Commando Rearmed 2'.

'Escape Dead Island' fundamentally diverges from its predecessors in both tone and presentation. It is a third-person action game that incorporates some stealth and gunplay, and it has noticeably dropped all pretense of an RPG. The player character and zombies have no levels, and the only character building to be done is in the form of medkits that increase max health. Weapons are sparse and static, with no tinkering or crafting.

The player character is Cliff, an ambitious young dudebro who is exploring rumors of a zombie outbreak on a remote island in a misguided attempt to impress his telecommunications mogul father. He is joined by the equally unqualified Linda and Devan, who soon sink their boat and are left stranded on Zombie Isle. 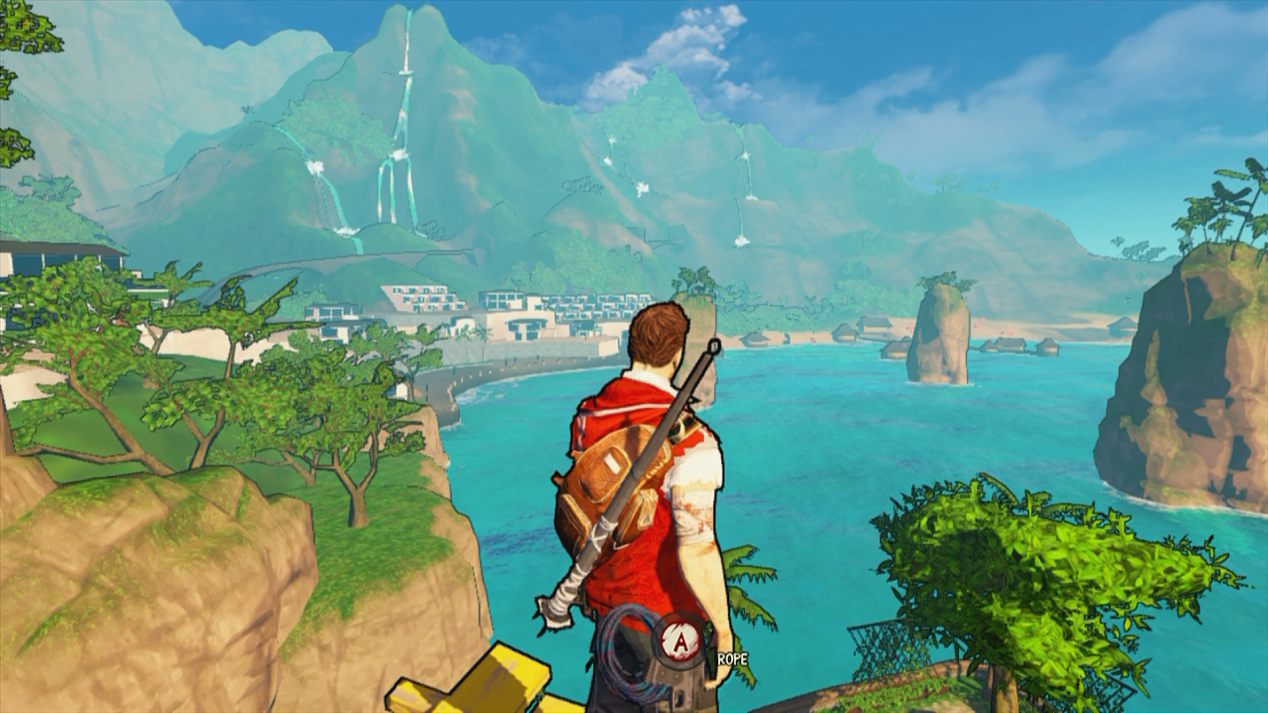 Things turn Lovecraftian as Cliff begins to doubt his own mind, and the story takes a turn for the worse. Characters from old 'Dead Island' titles appear, an origin story is flirted with, and "real" events meld with Cliff’s hallucinations. All of this creates an unrecognizable soup of a plot that tries hard to be both existential and self-aware but never really finds its footing. Not even the publisher takes the story seriously, as they have declared it a non-canon entry in the series.

The game tries to pair this story with a lighter, less serious theme, which works a bit like oil and water. But, narrative issues aside, 'Escape Dead Island' is just not fun to play. The controls are sticky and Cliff doesn’t respond quickly. He has an extended dodge that makes counterattacks impractical. His offense is very limited: one regular attack, one heavy attack, and infrequent shooting (due to the sparseness of ammo). Clusters of zombies present a serious challenge so stealth is encouraged, but those mechanics fare no better. Zombie AI is wonky. Sometimes they inexplicably turn around without warning, see through walls, or have a huge line of sight. There are a few different types of zombie, but their behavior doesn’t differ greatly. Most of them are happy to run up to me and bash indiscriminately without guile, but they often behave oddly. One of the first special zombies introduced, the Bouncer, can make long jumps to reach its target. I was losing a fight against one and, rather than strike the killing blow, it ran away in order to make its big leap attack, which is easily dodgeable. Despite the AI weirdness, death is common due to the weak controls, even after collecting a bunch of health upgrades. There is also a long interval between each checkpoint. 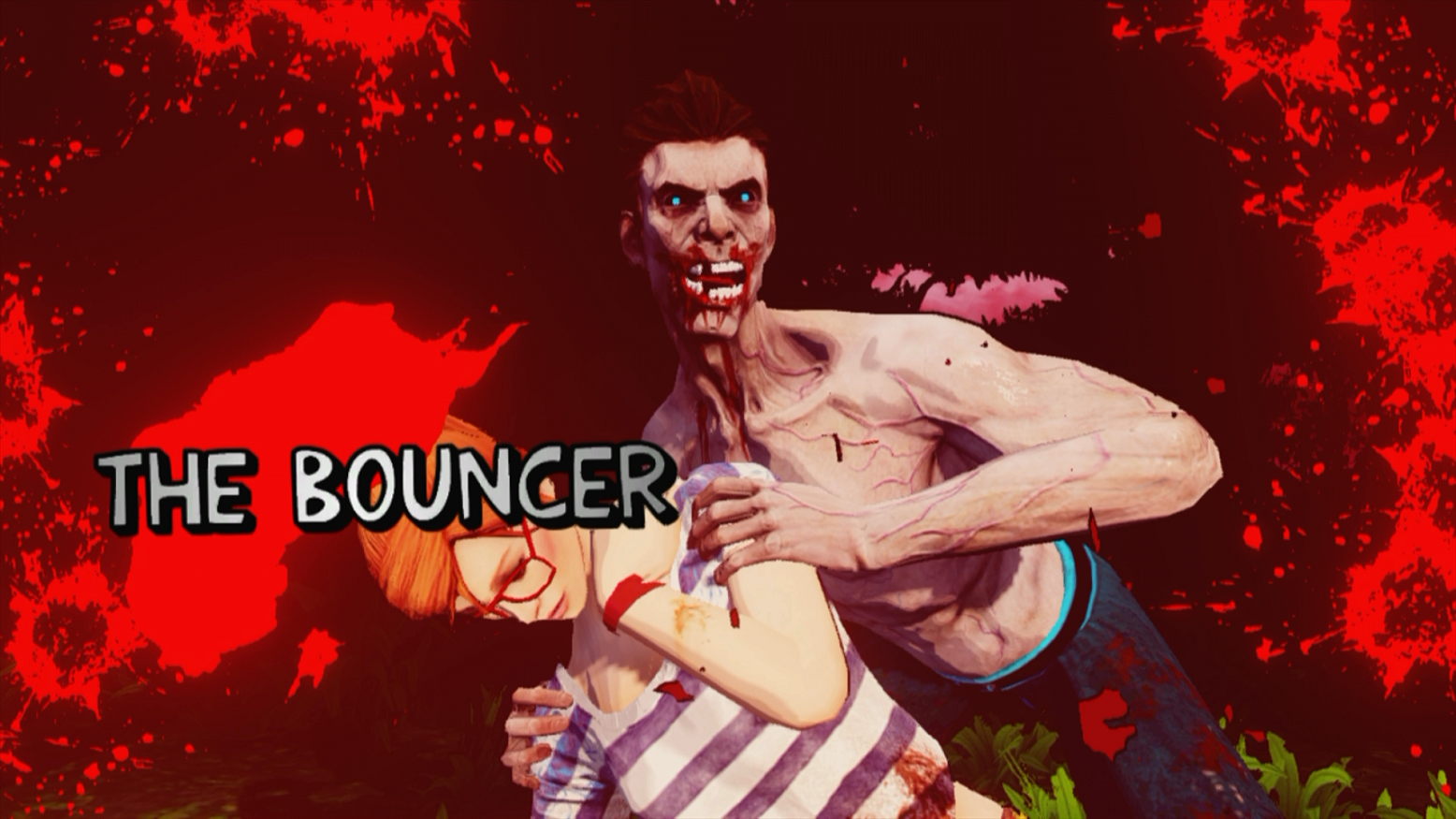 Level design is bland, and much of the gameplay consists of backtracking through dark corridors, rocky crevices, or abandoned housing with nary a zombie in sight. It’s very linear with only one objective at a time; no sandbox or passing attempt at player choice to keep me interested or add side content. In other words, it’s taken everything good about the 'Dead Island' series and tossed it, replacing it with a boring and relatively short experience. The stealth and combat are extremely repetitive and exasperating. The characters add little in the way of entertainment. They aren’t very likeable and many of their interactions are long, naggy diatribes on Cliff’s radio. 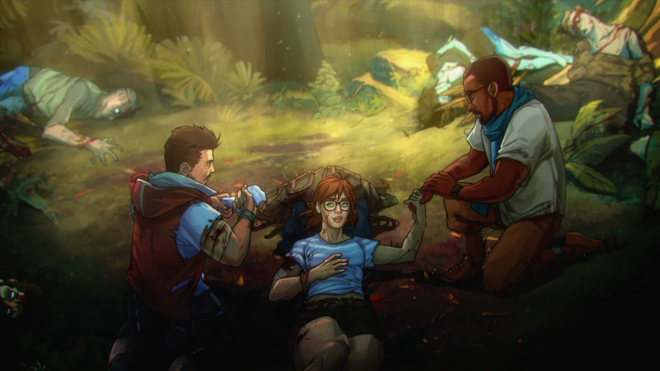 'Escape Dead Island' eschews traditional visuals in favor of a cel-shaded motif, which is increasingly common in contemporary gaming. In this game the visuals are not flattering. Colors bleed into one another or are otherwise oversaturated, models are subject to frequent clipping, and the textures exhibit a low level of detail. The draw-in is abysmal, with shrubbery and other background objects filling in just a few feet away from Cliff. Action is punctuated with comic book-esque text pop-ups (think the old 'Batman' TV show, with exclamations like "kapow” when a zombie is executed) that are subdued and faint. A camera mode exists for no other purpose than to relay one-liners and make Cliff vulnerable for eating. The whole thing just looks kind of cheap. Bugs are relatively common, and the game has a tendency to freeze during checkpoint restarts.

There are solid frame, hand-drawn screens that pop up during some cutscenes. These are actually well-done and, despite the clear inspiration from graphic novels, add more realism than the cel-shaded theme does. 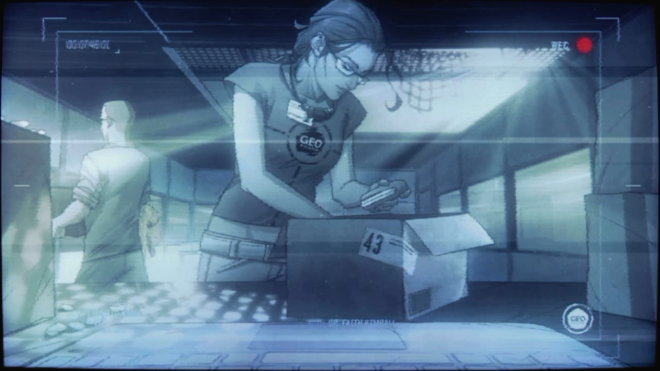 The game’s audio adds little to the experience. The music is instantly forgettable and the sound effects are generic. The voice acting is decent at best and some of the performances are just not good, like those for Xian Mei and Kilo Two. Linda and Devan are some of the better performances, but the wan script gives them scant chance to shine.

Nothing about 'Escape Dead Island' screams for it to be replayed. The collectibles provide small snippets of backstory, but the backstory just isn’t that compelling. It’s the same zombie outbreak story we’ve read and played and watched a dozen times before. The game itself is so linear that there is no capacity for a different outcome or player choice.

'Escape Dead Island' is more or less playable from a technical standpoint. I wish I could praise it more than that. It has almost no redeeming qualities, no personality to speak of, and really isn’t fun at all. Many of the design decisions are inscrutable. The 'Dead Island' series is not the best zombie gaming experience out there, but the previous two titles are at least worth playing. This one is not.