The Game Itself
2.5 Stars
The Video: Sizing Up the Picture
4.5 Stars
The Audio: Rating the Sound
4.5 Stars
Replay Factor
4 Stars
Bonus Content
2.5 Stars
Bottom Line
For Fans Only

Depending on your perspective, 'No Going Back' is either tenth, fifth, or even eleventh episode of Telltale Games 'The Walking Dead' game series. And with this new episode, 'The Walking Dead Season 2' ends. Clementine and what's left of her little survivor's group are set to crawl out of their latest predicament, newborns and bullets intermingled into the cliffhanger fray of 'Amid the Ruins.'

Things, happenings, events and the like were all supposed to very much matter over the course of this finale, and you were supposed to come away with some version of Clementine that theoretically only came into existence as these events molded her and forced her into maturity. That's the call of 'No Going Back,' in title and proposition of writing alike, but the end result is so utterly lacking in intrigue that I found myself recalling such events with only mild cogency as I tripped along to the rest of my life. As the only direct comparison, Season One became a part of me and my criticism over games. The cherry on top of season two, 'No Going Back,' serves only as a reminder that, most of the time, lightning strikes just once.

We begin with the cliffhanger of 'Amid the Ruins,' where virtually every active, alive character with any semblance of development was at fatal peril, and even a newborn baby might've fallen prey to the violence. The punches were completely and utterly pulled. The bad guys lost, the good guys won, and we all move on just a little more pissed off (Kenny, especially). 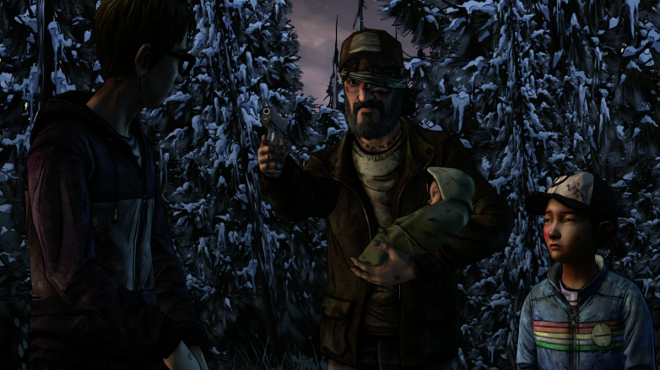 And that's essentially the running theme, no doubt against the intentions of Telltale, that every potentially emotional moment is run over by the desire to move the plot forward as fast as humanly possible. Some of that has to do with the poorly constructed characters, from the endlessly belligerent Kenny to tough, isolated Jane and pretty nice and nicely pretty Luke. No matter what happens, whether it's someone plummeting to his/her death beneath the surface of a frozen lake, or a brutal murder (aided by a comically long death gurgle) in the defense of your friends, whatever character might've been effected is reset within a scene, and we cycle through their hamstrung issues once again.

Most frustrating, in this aspect, is Kenny, our surrogate Lee for the purposes of this season's emotional climax. You can imagine, with a character as polarizing and illogical as Kenny, to use him as a foil for conclusive change isn't quite going to reach the heights of Lee's demise. Telltale did that anyway, because apparently they didn't have much else to work with. Without any expectation for Kenny to change, while he transitions from raging violence to apologetic father-type almost every scene, Clementine's final decision regarding the lunatic, either way you chose to go, felt more a relief than a payoff. There were no highs of exhilaration as I dodged through pointless conversations this time around, only lows relieved by forced deaths and departures, as a horror movie might pick off protagonists for the shear sake of instant sadistic gratification. 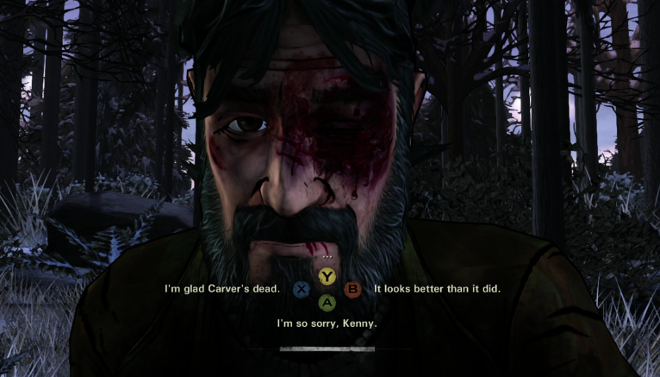 In other words: how can we start this episode with an entire cast, and then distill the whole thing down to three characters so Clementine's decision doesn't totally screw with our ability to begin season three? It seems we've reached a total fallacy of Telltale's design, because looking back, season one ended the same exact way. It worked then, but, for me, it won't work again. I'll see it all coming, again and again, until Telltale pulls some kind of brilliant move. They're capable, no doubt, but not here, not now.

Another thing Telltale might consider doing in the future is making an actual game. The series has devolved into a very long interactive cutscene. It's even humorous at times, like when Clementine goes blindly through a snowstorm, the indecisive manner by which Telltale chooses when to let you control anything at all. Three or four times over the course of Clementine's snow-drenched trek the game transitioned between cutscene to gameplay, for no discernable purpose at all. It was a wonderful little scene punctured by poor gameplay design. 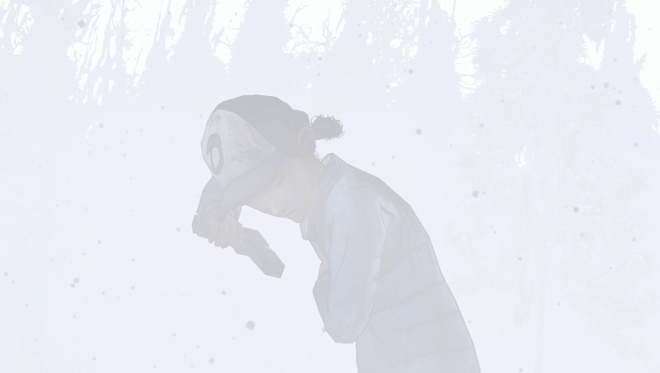 Even some of the decisions seem just as forced. During the aforementioned frozen lake scene, one of your five crucial decisions comes down to how you should help a certain character, not whether you should help. Either way you go, though, that character's fate remains the same. Turns out, choice doesn't matter. One could confound that into an intentional point on behalf of Telltale, or one could roll one's eyes as one might do when one uses the word one as self-referential too many times in one sentence, and then uses the word completely differently to make one's own point.

But, of course, what it all comes down to is that final choice. I'll admit, it's a doozy, even if the characters involved are doozies themselves. What matters, though, is Clementine, and Telltale continues to ensure her spot as the defining protagonist in all of video games. Despite the iffy direction of this season, I'd still follow Clementine into any category of apocalypse, if only to make sure her hair is short enough to survive. Inevitably, I'd perish in the name of her personal growth. 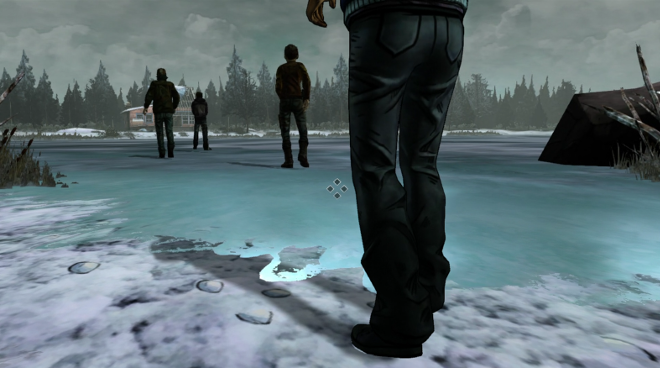 The imagery at hand is provocative for its bluntness, as Clementine stumbles over that frozen lake, through a half-built house and, finally, blindly into the snow. Yes, she is lost and no good thing builds to fruition. It can slip away at any time. See? I did it. I connected the dots, and compared to most video games that rely on one straight line through its plot, I'm ever more appreciative of the opportunity to think things through. The environments and the expressiveness of the characters actually peaked my interest far more than what they had to say in 'No Going Back.' Well done to the artists. 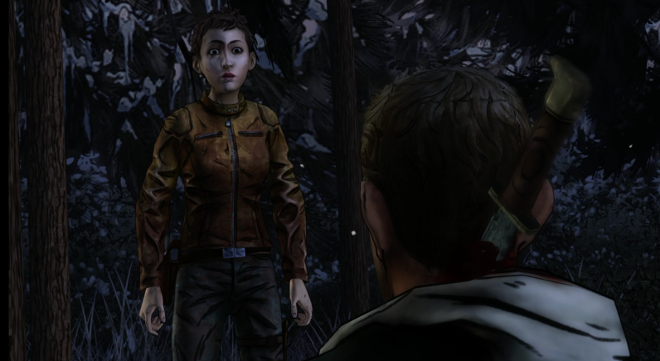 As always, the voice acting is top notch, and the music matched well with the absolute dire tone of the final 30 minutes. Again, a great job in creating the atmosphere and the reality from all involved here.

The finale splits five ways, depending on your last couple of decisions, so those who want to experience it all will actually have more to do here than ever before in an episode of 'The Walking Dead.' Like I said, that last decision is a doozy. A lot of work went into setting it up and splitting it apart, so while the emotional aspect may not ring too loudly, you'll still be rewarded for going back and doing things differently.

Achievements and online decision comparisons, as always, pepper the experience. Turns out just a mere fraction of people went the same way as I on that last bit, which makes me feel both special and alienated, just like the internet should. 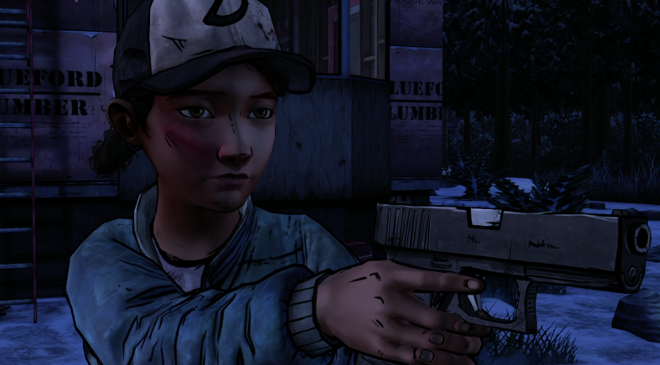 My overall negative attitude towards this episode exemplified in "The Game Itself" section is undoubtedly a little inflamed. The visual imagery actually hit some impressive highs, and the voice acting and musical backdrop did some excellent work to support the random plot, more than in past episodes, so the experience was lifted a bit by the team's artists. The writers, on the other hand, dropped the ball.

Somehow, with each passing episode, I felt the potential of this series give way to mediocrity, and the finale did nothing to stop that trend. Without a whole bunch of interactive control or emotive impact, I can't say Telltale achieved its goal and I can't say season three is looking promising. Perhaps there's another kind of enemy Clementine needs to survive.