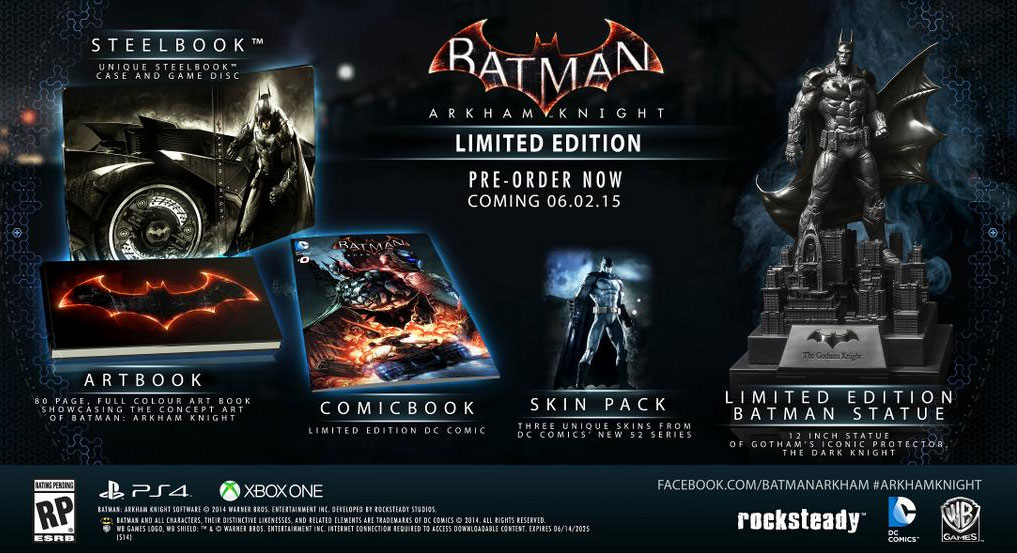 The Limited Edition includes a Batman Statue, an 80 page color art book, a 'Arkham Knight' comic, three in-game skins from the New 52 Series, a Steelbook, and a disc copy of the game. Right now, it only seems that the PS4 and Xbox One versions will be featured with a Limited Edition.