The Game Itself
3 Stars
The Video: Sizing Up the Picture
3 Stars
The Audio: Rating the Sound
4 Stars
Replay Factor
2 Stars
Bottom Line
Worth a Look

'D4: Dark Dreams Don’t Die' is an Xbox One exclusive by Access Games, a Japanese studio led by Hidetaka Suehiro (known as SWERY). Access Games has a reputation for unorthodox and occasionally divisive titles, and their latest title has stealthily hit the market after previously being touted by Microsoft. 'D4' is an investigative adventure game in an episodic format, with a prologue and two full episodes available as of this review.

'D4', at a base level, presents itself much like other adventure titles such as 'The Walking Dead' and 'Beyond: Two Souls'. The gameplay is minimalist: the player character moves around small environments, interacts with objects and people, and collects things. The real draw of a proper adventure game is the story. With a proper story, adventure games can be elevated above their simple point-and-click interface. 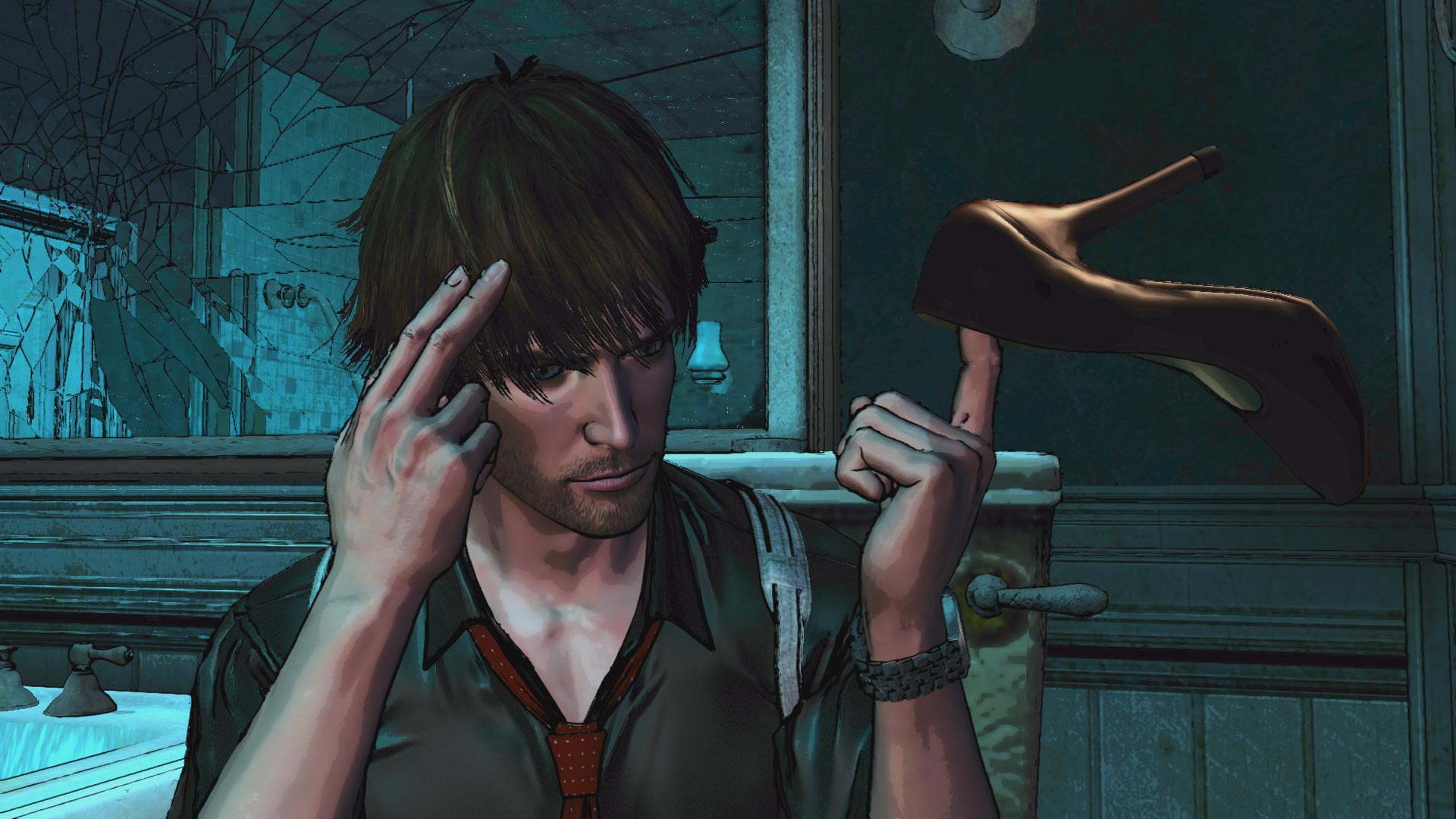 As I began playing 'D4', I felt some familiarity with its premise. Much like the film 'Memento,' the game’s protagonist, David Young, has lost his wife in a horrible murder. In the same attack, David was injured and now suffers from brain damage. He cannot remember many events prior to the attack except that the murderer’s name is "D", so now he has a single-minded, unhealthy obsession with tracking down this person. That is where the similarities end, and 'D4's' wacky, turbulent narrative begins.

Since the attack, David has the ability to travel into the past, a process he refers to as "diving". He does this with the aid of mementoes, objects that belong to people who David believes were involved in or know something about the attack. In each episode David receives a memento with which he can dive, and can return from the past to the present and vice versa whenever he likes. As with any worthwhile time travel, this process is only carried out in the bathroom. 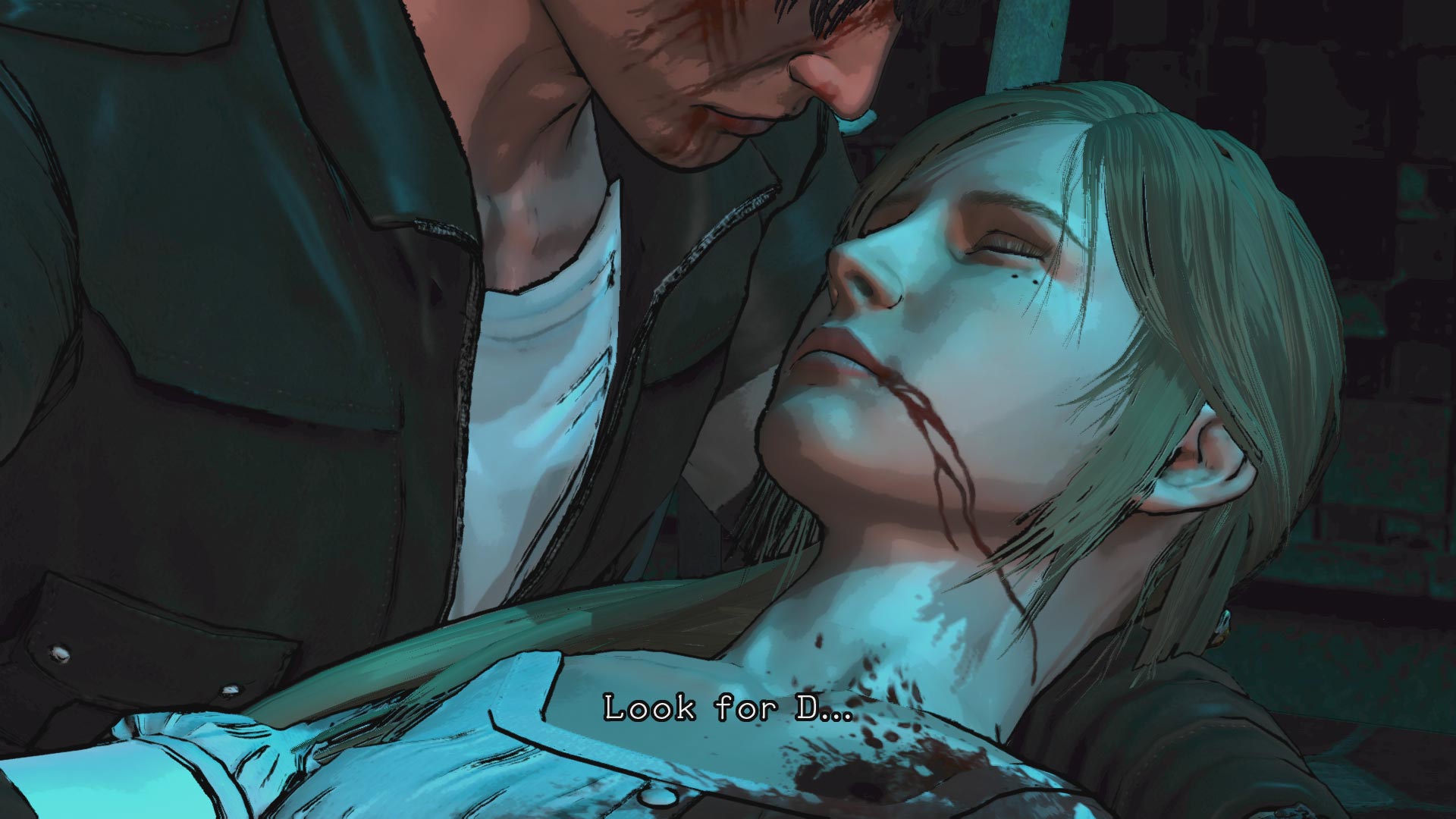 David’s accomplices in the present are his former police partner, Forrest, and a strange girl named Amanda, both who seemingly live in David’s house and assist him with mundane tasks such as grocery shopping and cooking while David goes about the serious business of time travel. It should be noted that Amanda does not speak, acts like a cat, has the same name as David’s wife’s cat, and wears that cat’s bow. None of the other characters seem alarmed by this, even in her introductory quick-time event where she spits a dead mouse into David’s mouth. Forrest is a bumbling, lovable glutton who regards David’s time traveling as a mere novelty instead of one of the most amazing things to happen in the history of humanity.

The other characters that David meets along the way are increasingly bizarre in a stylized, heavy-handed, Japanese kind of way. There is an effeminate and garishly dressed fashion designer accompanied by a matching mannequin, a violent bully of a US marshal whose interactions are limited mainly to threats, a taciturn giant in a surgeon’s mask and white coat, and more. David justifies interacting with these weirdoes through his pursuit of D, but most of the conversations are either baffling non-sequiturs or tedious tasks such as inspecting the carpet on an airplane. There is little exposition, no explanation for why these people are important to the story, and nothing interesting in most of their conversations. 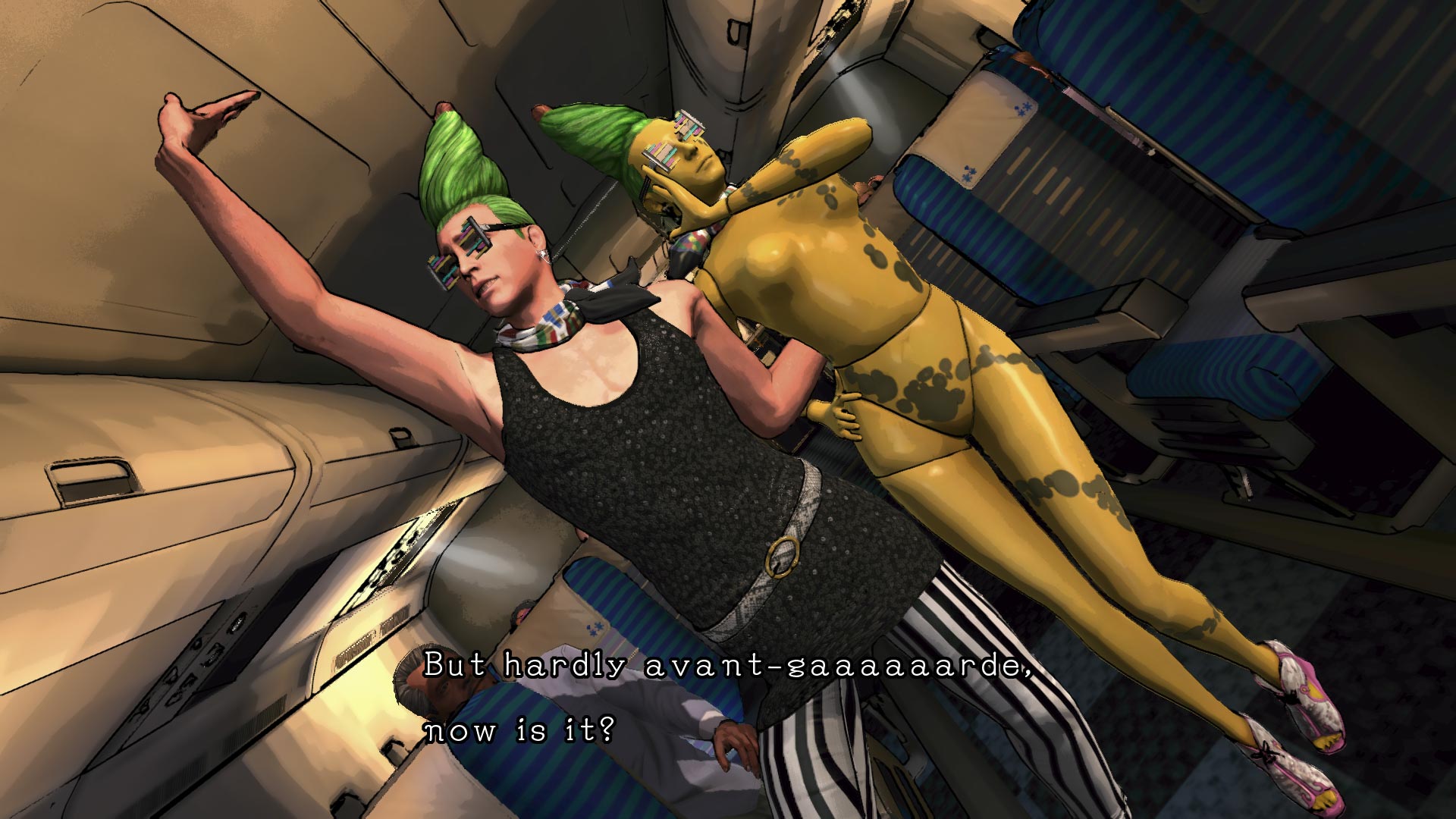 In between the conversations, David wanders around the tiny environments (of which there are precious few). He reads hockey magazines, collects tabloid newspapers, and pushes owls, squirrels, octopi, and any other animal he finds. Speaking with people or interacting with objects slowly reduces his stamina meter, which is replenished with food strewn liberally around the maps. He can use a Batman-like vision mode to identify items of interest, and has a life bar that can be diminished through extended quick-time events called "stunt scenes". There is one stunt scene per episode and each lasts about a minute or two, and is as close as 'D4' gets to action segments. The stamina, vision, and life bars can be enhanced by finding certain items or changing David’s clothes and facial hair. Just like in real life, the right moustache can make you tougher.

None of this make for a particularly compelling game, especially when the game’s myriad bugs are taken into account. This includes odd lip syncing, visual stutters, achievement problems, and even a loading screen hang that forced me to delete and re-install. The motion controls are buggy, making even simple commands with the Kinect laborious. But, despite its issues, there is something in 'D4' that demanded my attention, at least for awhile. The zany whirlwind of colorful characters and whimsical set pieces has an infectious quality, even if it fades rather quickly. The game itself is not particularly long at launch – if a lot of the wandering and item collection is skipped, the three episodes can be zipped through in a couple of hours. 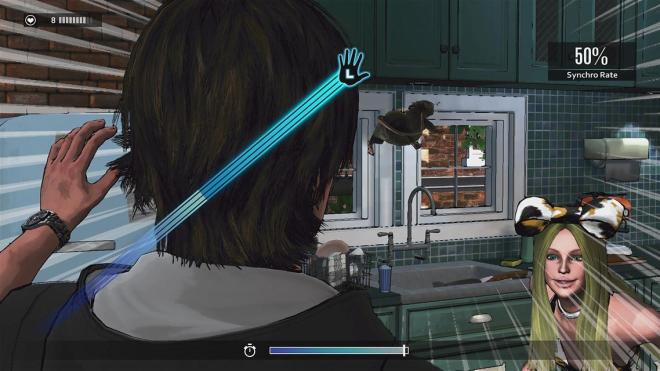 'D4' uses a cel-shaded art style which gives it a dynamic, wet-looking, comic book-style appearance. While there are examples of excellent color and detail, like a close-up of David’s eyeball, many of the characters have a stiff animation, and the background textures look like they would be right at home on the Xbox 360. There are a lot of dull browns and greens, without much contrast from surface to surface. There are some unsightly clipping issues as well, such as when the characters move and their angles don’t quite line up. The quality of facial features is pretty detailed, however, even with the aforementioned syncing problems. 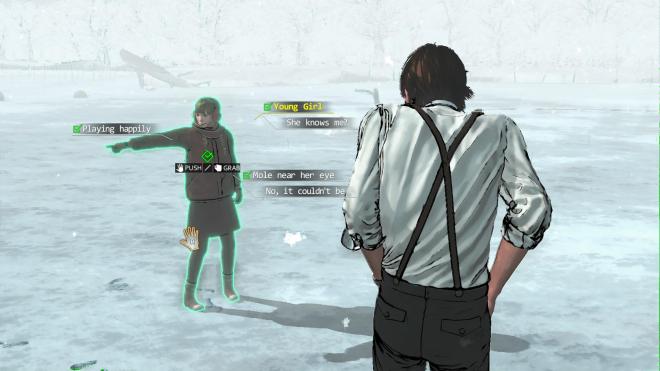 The game’s audio is not perfect, but does much towards immersing the player into the surreal, make-believe world of 'D4'. The soundtrack, while limited, is subdued and non-intrusive during the quieter, investigative segments, and picks up to a crescendo during stunt sequences and character drama. The best part of the soundtrack is the hopeful, plaintive piece that plays whenever David has a memory of his deceased wife. There is also a record player in the apartment that can be used to access tracks from records purchased from Amanda.

All three of the episodes can be replayed after their completion, but there is little incentive for doing so. A few new sidequests can be found, a few new collectibles and articles of clothing, but nothing really worthwhile. It doesn’t make the convoluted story any clearer or the characters more fascinating, and the twisted magic holding everything together starts to disintegrate when subjected to repeat viewings. 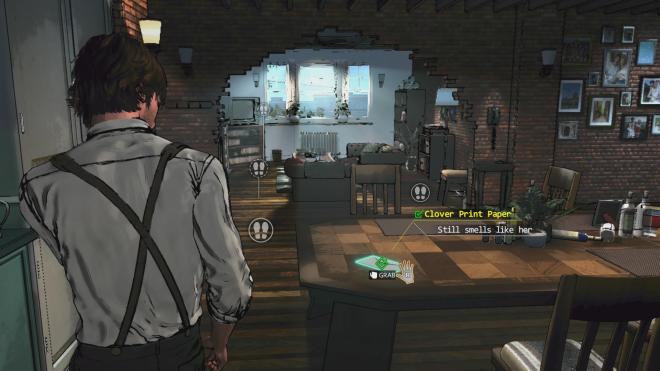 'D4: Dark Dreams Don’t Die' is an odd, quirky little game. It is not for everyone, and its cornucopia of bugs and stutters does not help its case. And yet, it does have a certain charm that started to grow on me during the second episode. Fans of SWERY’s previous outings will find a lot to like. It doesn’t have the legs of a full gaming "meal,” but it could serve as a light snack.