The AVerMedia Live Gamer HD capture card, like all HDMI based capture cards, doesn't natively capture from HDCP protected sources such as the PS3.

Getting video game footage captured and up on the web has reached a popularity that seemed impossible five years ago. For those looking to get their own content online, devices such as the Xbox One and PS4 offer built-in functionality for capturing or streaming direcly from the console. Getting beyond that basic functionality for higher quality, professional Let's Plays, video reviews, live streams, archives, etc. means purchasing a separate capture card. With capture cards releasing at a quicker pace than ever, the options are as varied as they are contradictory. And that brings us to one popular option, the AverMedia Live Gamer HD, which will now go under the microscope.

AVerMedia's Live Gamer HD isn't the most high-end option available, but before even digging into its features, it's pretty important to point out that it easily out performs the built-in capture quality of both new consoles. A streaming/capture rig may lack the convenience of a SHARE Button, but the resulting quality is in another echelon, which, depending on the user's needs, may be just what is needed. (More on the quality late.)

For the aspiring streamer, the card is a complete starter package with just enough oomph to get a quick capture/streaming PC rig off the ground. A small bit of technical knowhow is required, as the Live Gamer HD is indeed internal and needs installation in the motherboard's PCIe expansion slot. Like any PCIe card installation, it's a mostly quick and painless process. 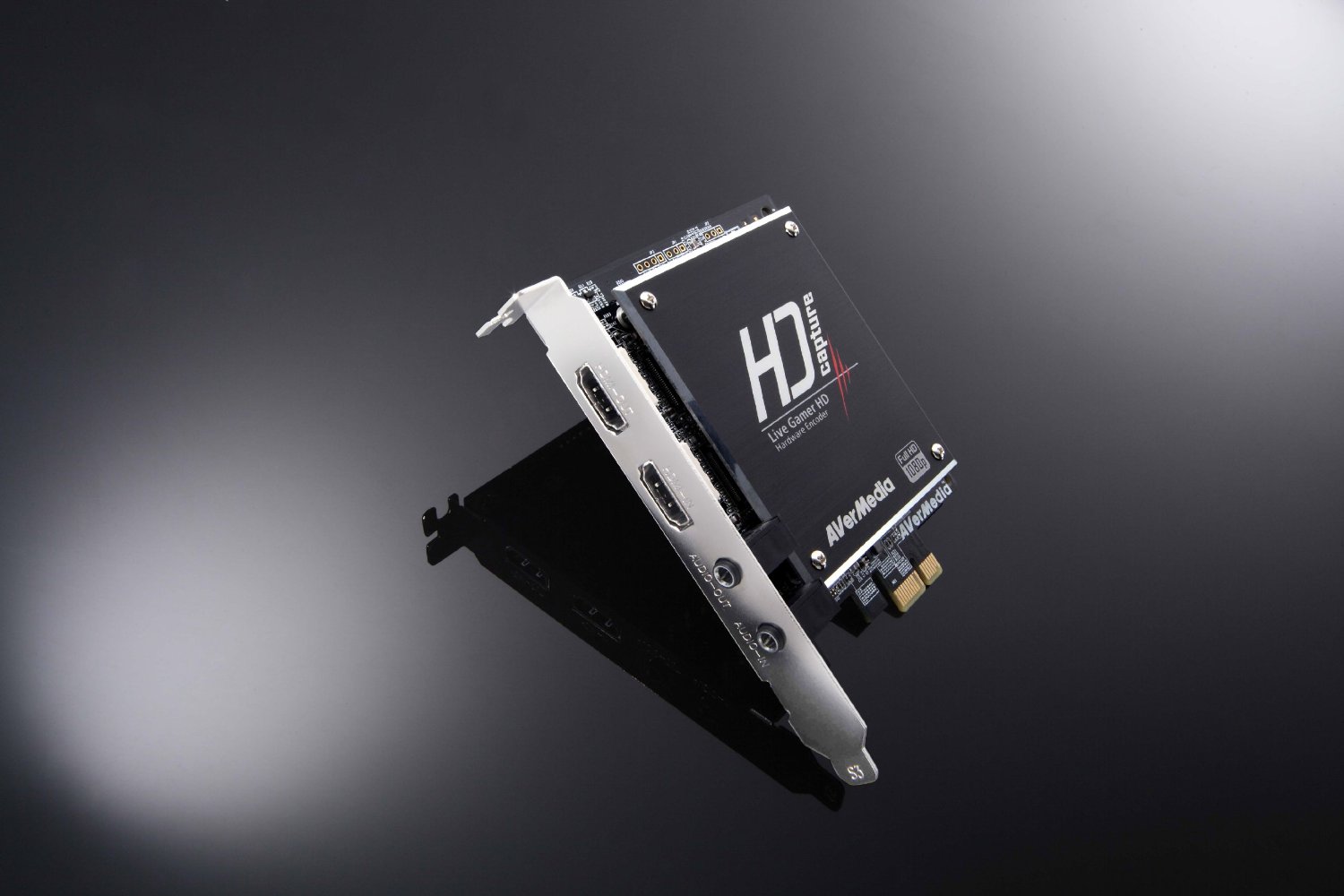 Typical for capture cards, this capture card is placed between the recording source, like say an Xbox One, and the normal output source, such as a TV. This is even true for capturing from the same PC, with the PC's video card output going to the capture card, and then from the capture card to the monitor. The big plus being, at least in theory, that the PC can can capture itself without bogging down.

Right out of the box, the Live Gamer HD is as accessible as it is input-friendly. Though the only direct input and output ports on the card itself are of the HDMI variety, DVI is also accounted for via included converter cables and and a 3.5mm analog audio jack and cable set.

Basically, AVerMedia doesn't want anybody to open up the package and lament at the lack of equipment needed to get to capturing immediately. Any video game console with an HDMI output or PC with either an HDMI or DVI output should be set cablewise, length notwithstanding.

To be perfectly clear, the Live Gamer HD cannot capture video at a simultaneous 1080p/60 fps output, as is quickly becoming the holy grail of quality for many kinds of gaming videos on the web. To capture video at 60 fps, the resolution has to be downgraded to, at most, 1280x800. Meanwhile, the maximum fps for 1080p resolution is 30 fps, and that's also the highest resolution the card can capture. Consider it the Xbox One of capture cards. And like the Xbox One, it should suit the needs of many.

Capturing at 1080p is a bit jumpier and suffers some minor audio/video syncing problems, while the standardized 720p capture is far smoother and, frankly, more pleasing to watch. It's about what you need out of the card, since you won't be getting top-of-the-line footage.

For instance, streaming video games through Twitch or some other service becomes considerably more difficult the higher the desired broadcast image quality. 1080p at 60 fps ought to be the ideal standard, but actually getting that image across (or even just 1080p at 30 fps) without considerable loss in buffering quality requires a heavier load on the streamer's internet connection. Many streamers can't hit that mark, especially at 60 fps, no matter what the card, and viewers are also like to have their own internet limitations to deal with. In this way, the Live Gamer HD performs exactly as needed. A 720p/60 fps stream, which the Live Gamer HD can capture without a hitch, can be broadcasted and viewed under the majority of current realistic internet connections.

Streaming from a host PC can be tricky for software based capture solutions, but the Live Gamer HD, as is its purpose, bridges that gap, and that's without using the card's special H.264 feature. 'Spelunky,' a game light on required GPU and processing power, runs side-by-side with the streaming software and Live Gamer HD, each of which hunger for the GPU's attention, and streams seamlessly to Twitch. 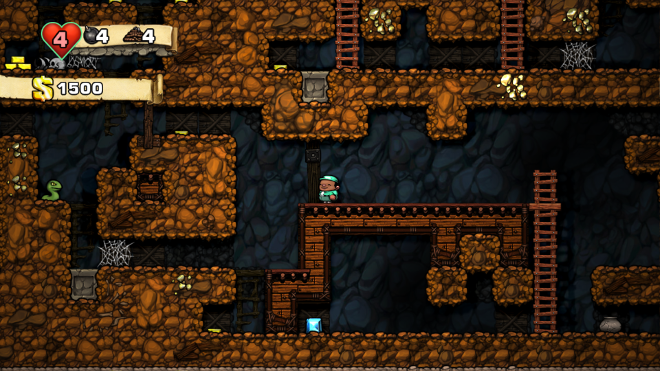 Then again, for those who want to record (as opposed to stream) the highest quality gaming footage, this card's ceiling of 1080p30fps won't be satisfactory. Recorded 60fps distribution is becoming more accessible. On YouTube, for instance, 30 frames per second is widely considered the norm, but the newly introduced widespread 60 fps feature might slowly tilt the platform towards a higher quality. Other video streaming services vary widely. Furthermore, in terms of screenshots, 1080p capture is the way to go, and the card the manages these just fine. (BH: If capturing 1080p60fps is a priority, the user should be sure to have not only a top shelf capture card, but also a serious PC.)

The card sports an unique feature, more intriguing than it is useful. Included on the deck is actually a small H.264 image compression unit, theoretically meant to unburden the running PC's GPU in the creation of the image to record. This dedicated hardware is meant to allow game capturing of a game running on the same computer without any loss in the game's image quality, as the GPU isn't split between the two programs, but the Live Gamer HD's compression unit is just too weak to really be useful in most situations. Unless the PC is really, really struggling to run games, then the trade-off in captured image quality when using the Live Gamer HD's compression unit isn't going to be worth it. My wildly unimpressive GPU unit outperforms the capture card's compression unit even when running a game simultaneously.

This may be one of the features that stands out on the box and looks good on paper, but in practice is superfluous. In trying to transform my streaming PC into a rig capable of ultimate streaming performance and even mild game performance with 'XCOM: Enemy Unknown,' I attempted the on-board compression unit and came away unimpressed. Ultimately, I switched back to the Xbox 360 version of 'XCOM' so I could use the entirety of my PC's GPU to capture and stream.

The included software, which is designed to work with an array of capture cards but, of course, interfaces perfectly with the Live Gamer HD, will record without much wrangling, but excludes any sort of editing tools at all. It's strictly for capturing, the idea being to use some other editing software in the post-production. So it's limited in that sense.

As the Live Gamer HD is designed specifically for streamers, there's also a live streaming side to the software. It's extremely bare-bones, offering even less features than the straight-forward Twitch app on either the PS4 or Xbox One. In essence, for live streaming, it's useless, especially considering the free Open Broadcaster Software streaming program allows ultimate customization in layout design and image quality and it interfaces perfectly with the Live Gamer HD, reading it as a video capture device within the program. This foregoes any issues associated with capturing the image as a window or game or section of the desktop, instead translating the image directly into OBS. OBS, too, allows you to record and stream at the same time. AVerMedia, understanding its own limitation in this area, even teamed up with XSplit, offering a three-month free subscription to the streaming software.

For recording, though, RECentral does very, very well. 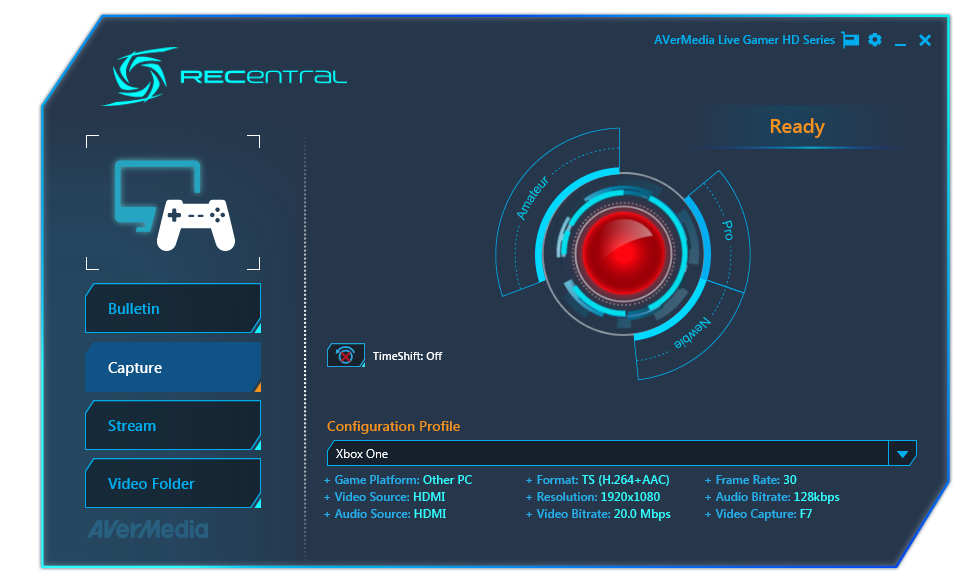 Upon load, the recording options presented are Pro, Newbie and Amateur (each offering varying degrees of control over the final image and audio settings) and a big red button to get going instantly. It's a slick little piece of software, unobtrusive and actually quite handsome. That's a word I choose to, for the most part, reserve for non-technical things. As it is, it's handsome. Sue me.

The most important option, once through to the individualized settings of the capture, is whether it's the current PC (the one with the card in it), another PC or a video game console from which the image and audio is being sourced. If it's the current PC, the program hides itself once recording starts to allow for a cleaner image of whatever is being captured, while a little blinking icon in the Windows toolbar acts as a status indicator.

Whatever is chosen, though, the settings can be saved as a configuration profile and recalled whenever needed. In other words, once the user decides the ideal settings for their Xbox One, PS4, PC and whatever else, the customized profile will be there ready to go. It's a slick setup. 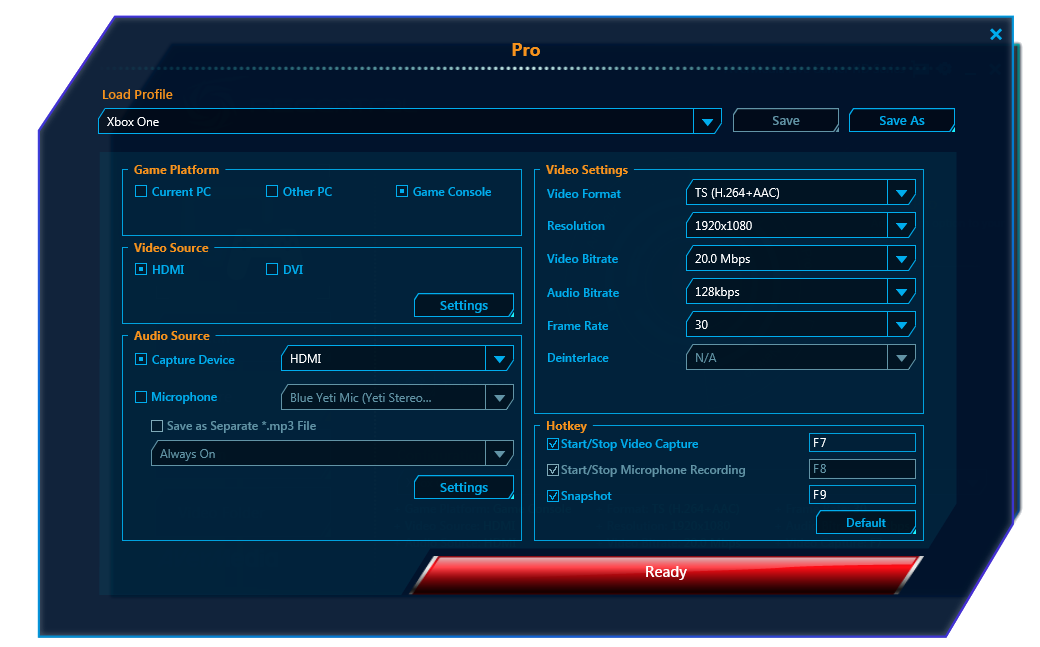 When capturing another PC or video game console, though, the program stays up, giving an image of whatever is being captured and the option to nab a screenshot, mute the sound for the recording or, of course, stop the recording altogether. That little icon acts as a quick access to stop the recording when using a current PC, with hot keys to grab screenshots and mute as well. But, there's also… 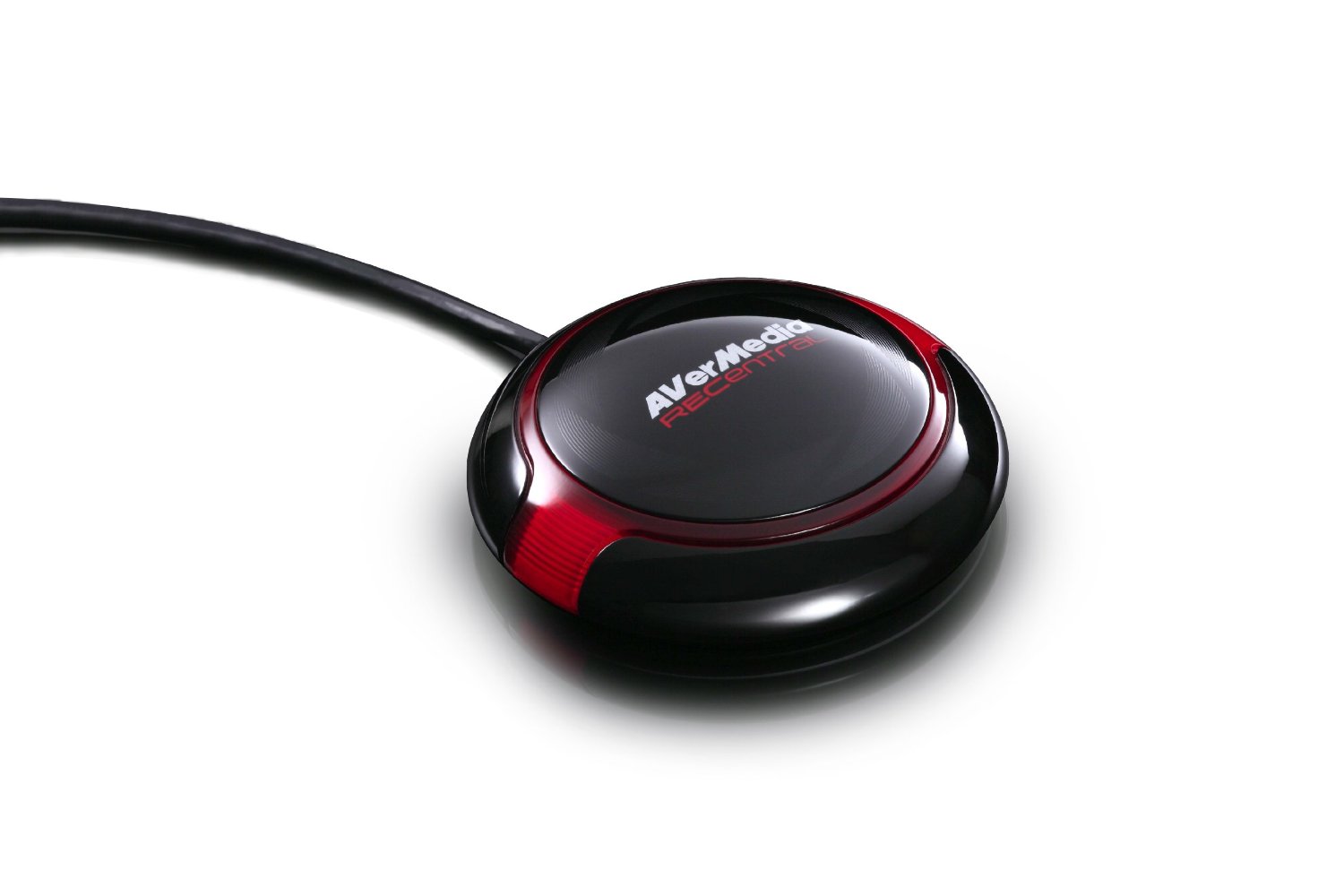 It might seem a trivial, gimmicky piece of marketing bullet-listing, but the physical start and stop USB recording button, designed specifically in conjunction with RECentral, is remarkably satisfying and useful. Think of it as the Staples Easy Button for video game footage capturers. It initiates with a tangible click and blinks away with a professional wink while you're recording. It's especially useful when regularly gaming and capturing on the same PC with the same monitor, as the button essentially acts as the little toolbar icon on the desktop, only physical and welcoming. The user can their attention on one screen and  won't need to switch back and forth between the PC and gaming console on the monitor or use two display devices to start and stop. It only needs a thumb or, as in my case, a toe if your desk space is already jammed up. Yes, I put the thing on the floor and used my foot to start and stop recording. Yes, it was even more satisfying that way.

At about $180 (through Amazon on publication date), the AVerMedia Live Gamer HD is going to feel a little pricey for the admittedly baseline satisfactory quality of recording, but what's included is a truly complete package. I dove in completely new to the streaming world, setting up a mildly adept streaming PC with the Live Gamer HD card inside and haven't come across even the most minor of hitches in my streaming and capturing adventures. The included converter cables, usability of RECentral (for recording, not streaming) and that big red button did more for my beginnings than an ultra-quality, bare-bones package could ever offer. Yes, one day I'll probably look to upgrade, but today I'm totally satisfied and running smoothly.