Tested the Elgato over the course of a few weeks in conjunction with a PS4, Xbox One, and Wii U.

If you're like me, then you've got some containers whose only purpose is to contain all the odds and ends stemming from your home theater, PC, gaming, and so on gear. Some of this stuff, like coaxial cable, is straining for a reason not to get rid of it, while other items are much more essential. From spare controllers to cable adapters to extension cords- it's usually good to keep a separate container close at hand with those essential accessories that get used multiple times a week. And it's in that category where the Elgato Game Capture HD60 is firmly entrenched.

Capture cards in general have a lot of facets, but the Elgato Game Capture HD60 stresses two major features, simplicity and performance. Just about everything else that it can do and how it does it, exists in servitude towards these features. I mentioned in the intro how the HD60 seems at home in a box of random accessories, and there's good reason for that. The little box is basically a bridge between several of my consoles and several of my computers.

This capture card is completely external, and roughly the size of iPhone 4S. It's meant to sit anywhere on the HDMI chain between the source, like a PS4, and the display. Once in place, a USB mini cable connects the phone-sized box to the PC (or Mac).

Though the PS4 has built-screenshots, and the Xbox One looks to be getting the feature at some point in the future, the ability to take 1080p screenshots anytime anywhere regardless of system lockout (PS4) or whatnot is a core feature not to be ignored. 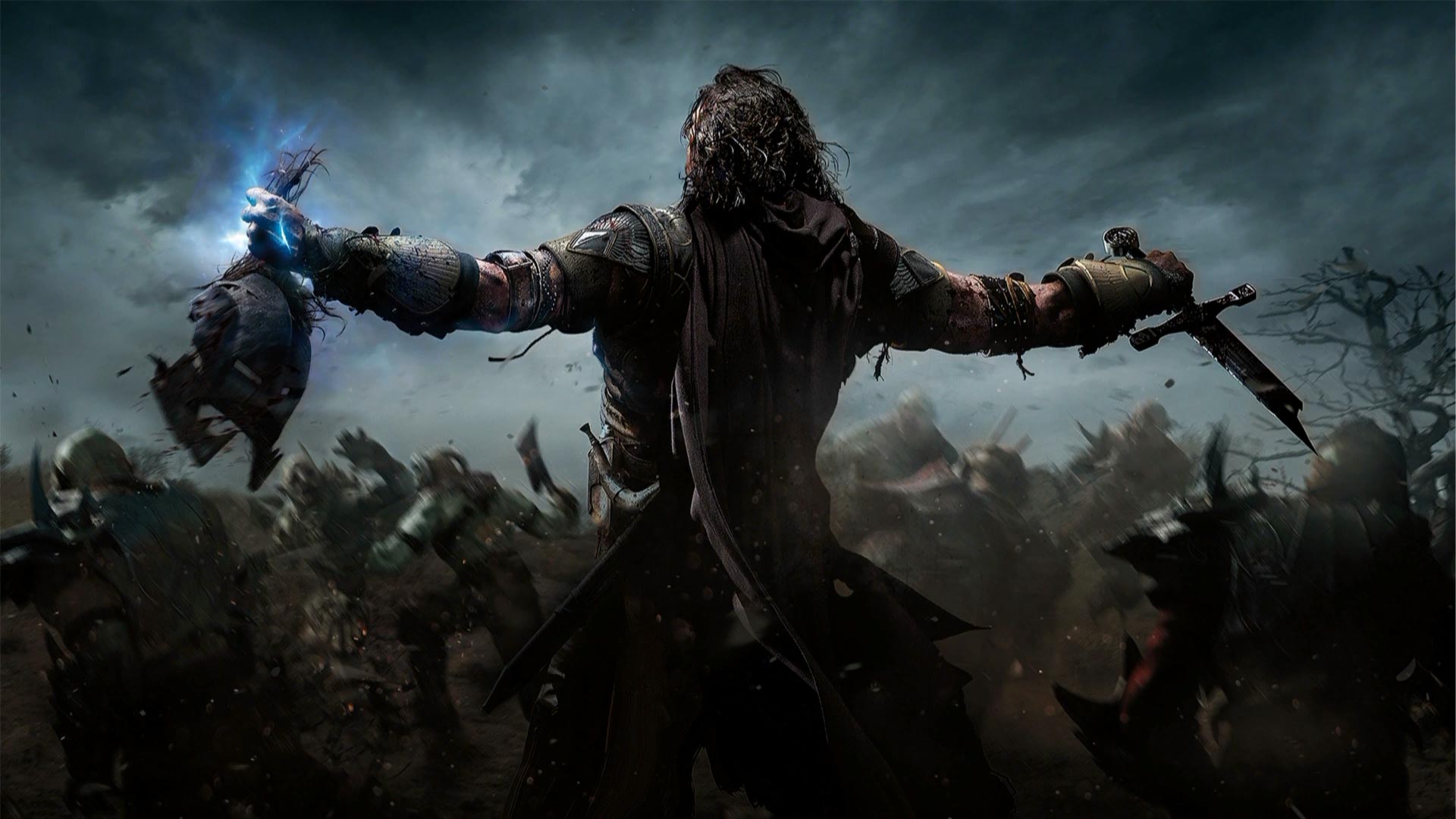 Note, the Elgato watermark in the below shot was added via Stream Command. 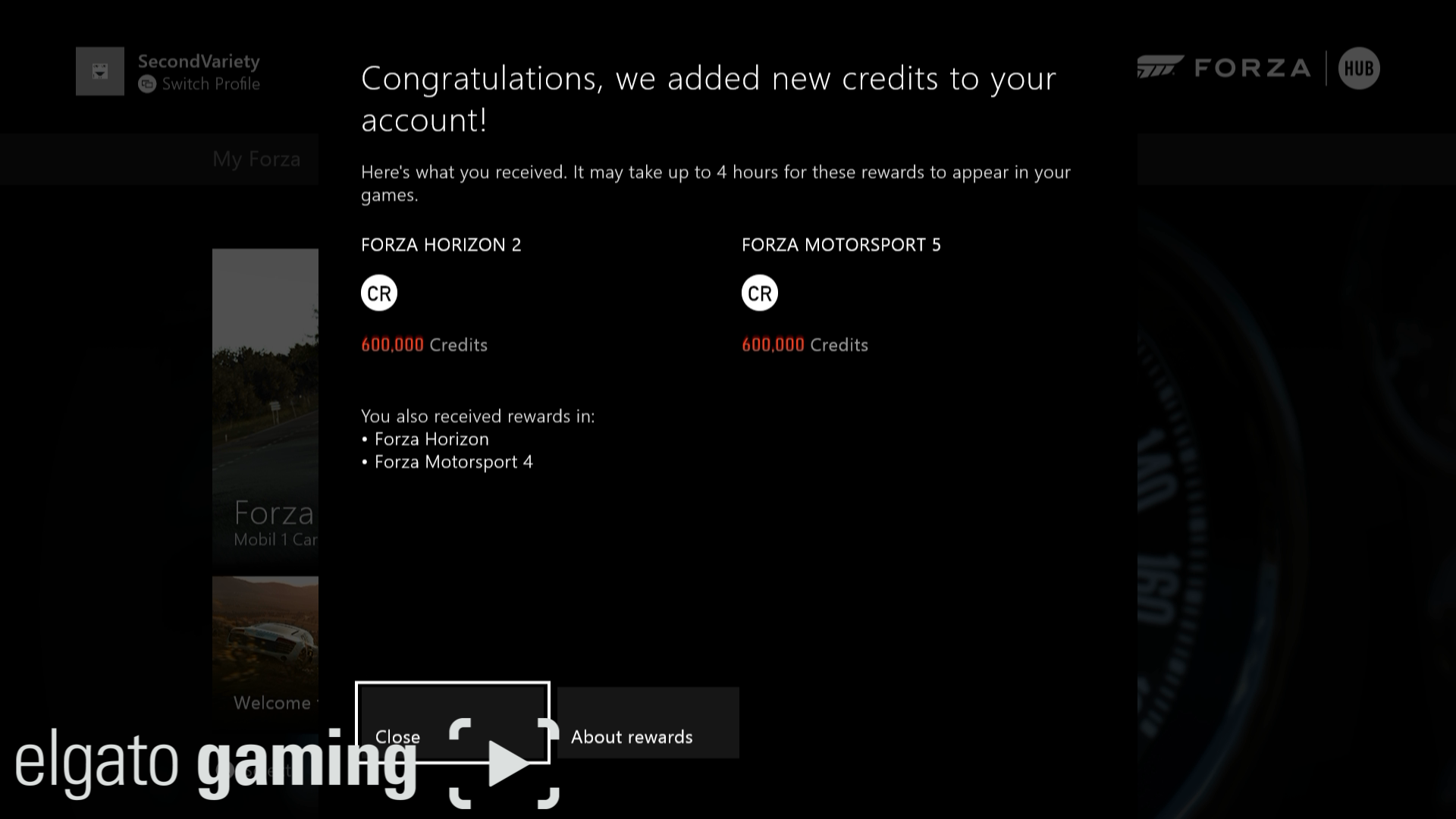 Once connected to the PC, Elgato's Game Capture HD software takes over. Capturing is done via H.264 hardware encoding, and yes, 1080p60 fps capture, the card's other major feature, is absolutely possible. There's just one caveat. The capture can be set as low as 480p and as high as 1080p6fps, but as Elgato indicates in various places (the box, the product page, from within the software), a second generation Intel Core i7 is needed to achieve that 1080p60fps capture spec.

I first tried out a i5-3427U Ultrabook, and both 1080p60fps and Stream Command were out of the question. (More on the i5 later.) Fortunately, it was easy enough to switch over to another laptop, this one sporting a i7-4900MQ, and with that extra power came the full feature set of the Game Capture HD60.

With the i7, 1080p60fps capture is pretty consistently amazing. I've used some crazy expensive set-ups that could manage raw capture, but the Elgato's H.264 encoding is so much more practical to deal with. It's good enough that I don't mind nabbing screenshots of MP4s that the software spits out. Also nice is the ability to save capture settings into different profiles. I haven't felt the need to really switch profiles a lot, but I can see where it would be really useful for frequent switching between archiving and streaming.

Now for capture veterans, both OBS and XSplit support the Elgato line, but the Game Capture HD software is no joke. With just a few clicks, a user can be up and running on Twitch, and can even broadcast and archive at the same time. Stream Command supplies the overlay and commentary feed, and here again a beefy processor is needed. 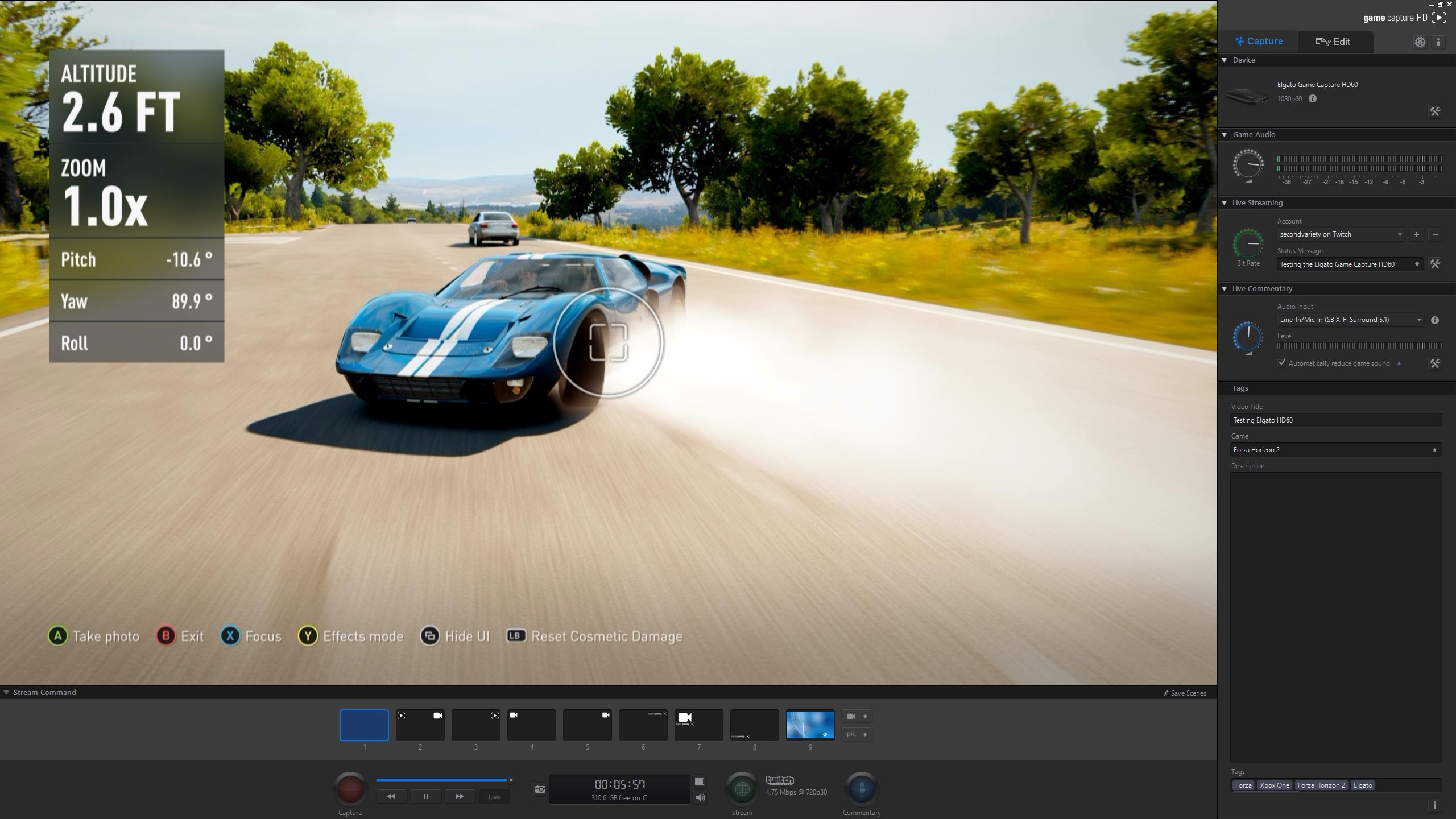 Through nine customizable presets, Stream Command allows for any mix and match of secondary video feed and overlay graphic.

YouTube uploading is likewise quite simple, and can be down without leaving the app. Sadly, for me, there are some big issues. I'm currently waiting for a 1Gbps ISP upgrade, and the meantime, my 4Mbps isn't enough to get a 1080p60fps feed to Twitch. Then of course, there's the worry that even if I were able to supply a 1080p60fps feed, a lot of viewers wouldn't be able to pull it down. Even worse, YouTube's announced 60fps support is still somewhere in the vague future.

Still, this is a forward-looking product. I can capture at 1080p60fps locally, and eventually, I'll be able to share it properly. Another nice feature of the software is its slight editing capabilities, which are found in the Edit tab. It's good enough to dice out footage into separate segments and keep them organized, but it stops short of being able to combine multiple segments back into one. Adding fades or subtitles means having to fire up a real editor. (This may change with future updates, as Elgato seems willing to add features demanded by users.)

The capture card/box uses USB 2.0 and this is a major plus for me as I have seen USB 3.0 go all Windows crazy on various computers. There's a 3.5mm audio in port for capturing analog audio, which is good if trying to archive chat along with the footage.

The card has plenty of minor issues. First of all, the feed on the PC has varying degrees of lag. This doesn't affect the display hooked into the HDMI out (such as TV or Monitor), but means that the user can't just play from the capture feed on the PC and must have a display. (Playing from the Wii U GamePad screen was my lone exception.) Also, the capture card won't pass on the HDMI signal unless the USB is hooked up. More annoying is that the capture not only is limited to stereo capture, which isn't a big deal in it of itself, but the card only passes on a stereo signal.

These problems, which are exacerbated by the PS4's need to have HDCP manually turned off for game capture and back on for entertainment apps, prevent the card from just staying in place in the HDMI chain. I toyed with different set-ups and found that my receiver had to have audio output toggled on, which meant another thing that had to be changed when not using the card. All-in-all though, it's easy enough to use a HDMI coupler when not using the card. The card does include a HDMI cable as well as mini USB cable, which continues the self-contained theme.

Another issue has to do with the card's multitasking. If I elect to stream or capture at 720p60fps, then I can't take screenshots at 1080p. While that is a reasonable technical limitation, it can be a annoyance in practice. For example, I was capturing with the i5 from the Wii U, and that meant stepping down from 1080p60fps to either 1080p30fps or 720p60fps. 'Bayonetta 2' is 60fps game (with various moments of slowdown) so having the higher framerate is important. Unfortunately, since I was also taking screenshots, stepping down to 720p60fps means limiting screenshots to 720p. Screenshots are also affected by any Stream Overlays, which could be a good thing or a bad thing depending on the situation. Again, it’s a minor annoyance, but not altogether insignificant. 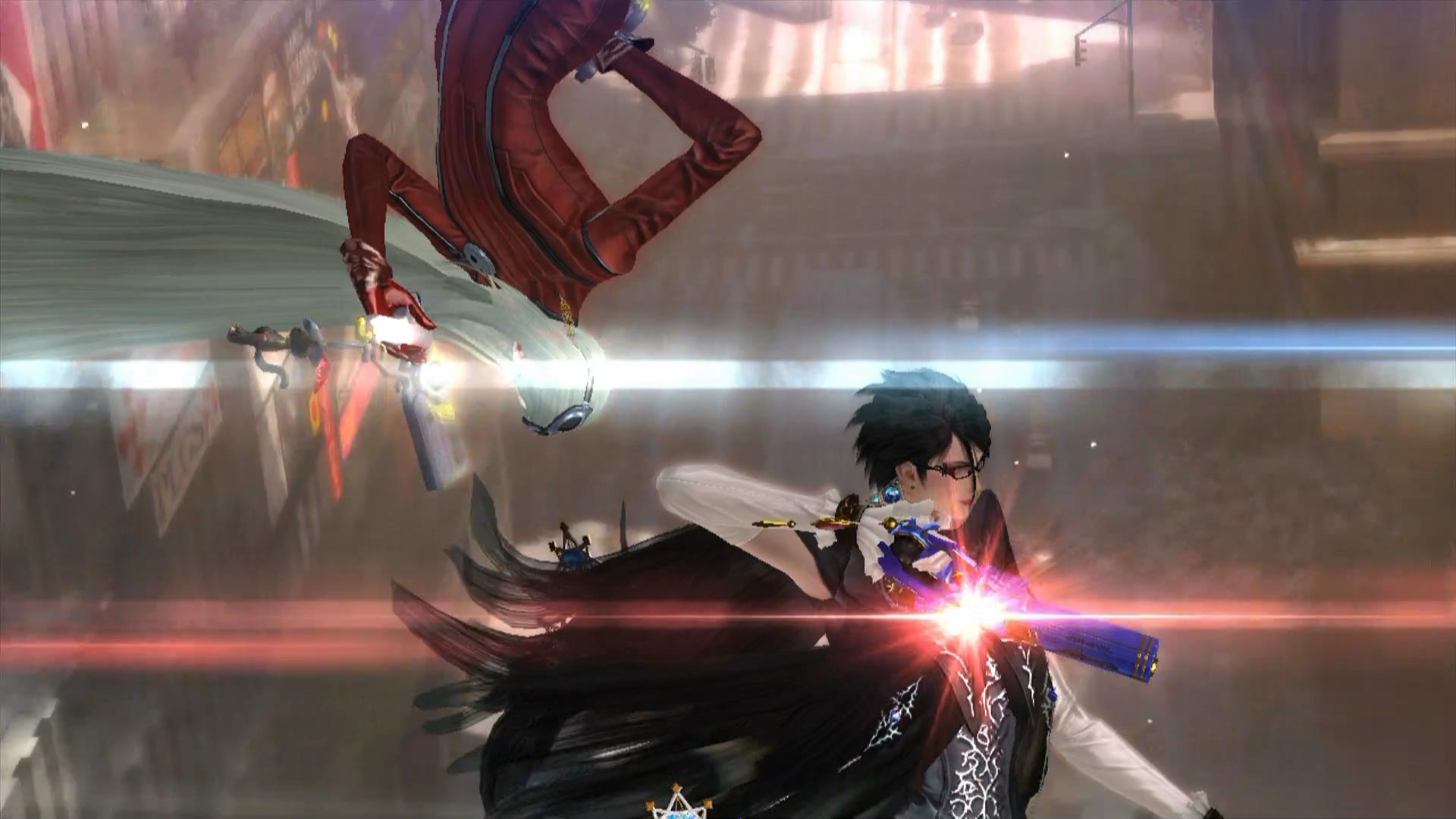 And of course, since the card relies on HDMI, that means no PS3 or PS TV capture, short of a HDCP stripping workaround.

Then there's Flashback Recording, a feature which is meant to let the user retroactively start recording by having the capture constantly running. The problem is that there's no way to turn it off, meaning that whenever the capture card and software are running, it's writing something significant to the hard drive. Hopefully, a future update will make this an optional feature. (Note: The newest update has made Flashback recording optional via a checkbox in the settings, and the review has been adjusted.)

The Elgato Game Capture HD60 promises 1080p60fps capture and streaming capability when paired with the right processor. That, along with its tiny footprint, ease of use, and reasonable price point make it the perfect solution for the moment when it becomes clear that the PS4, Xbox One, and Wii U's built-in sharing features are more a nicety than archival in nature. Like many important accessories, however, when not in use, it's best if it's disconnected. As the internet slowly but surely becomes more 1080p60fps friendly, game capturing, streaming, and sharing will continue to spread, and the HD60's abilities will become even more valuable. 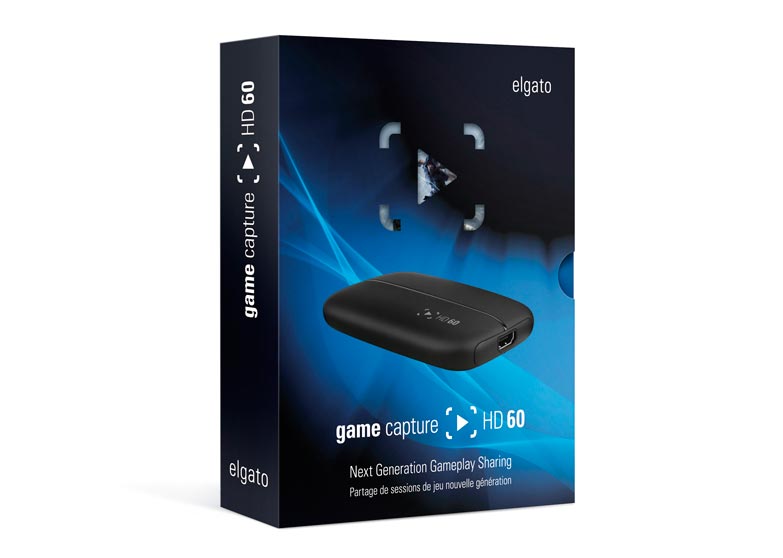