The Game Itself
3 Stars
The Video: Sizing Up the Picture
4 Stars
The Audio: Rating the Sound
4 Stars
Replay Factor
5 Stars
Bottom Line
Recommended

The Pokemon series is probably one of the most influential and long-standing series within the game industry today. The monster catching and collecting series has been around for quite a few years, and now appeals to the younger, newer audience and the older, longtime fans alike.

As the Pokemon games move into the series' sixth Generation, there is a need to look back at older games of the series, and update them with modern features and make the games (and their exclusive monsters) available to a wider audience. This is the case with 'Pokemon Omega Ruby/Alpha Sapphire', a remake of the third Generation games 'Pokemon Ruby/Sapphire', for the Game Boy Advance.

'Pokemon Alpha Sapphire' begins in the same manner most of the games in the series do. Your family has just moved to Littleroot Town in the region of Hoenn, and you eventually go off to explore the region and become a Pokemon Master, collecting the eight Gym Badges and working to become the Champion. Along the way Team Aqua (or Team Magma, in Omega Ruby) will try to change the world by covering the land with sea (or, in Omega Ruby, the sea with land), adding a little extra tension to the story. 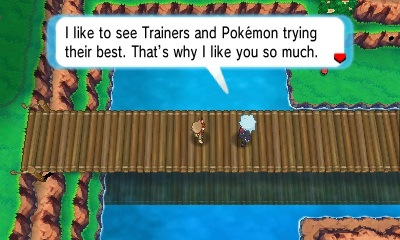 There are a few neat little twists to the storyline in 'Alpha Sapphire', most notable of which is having your father be a Gym Leader, but overall, it's simply the same story that the series tends to use ad nauseam. I enjoyed 'Pokemon Black/White' because Game Freak attempted to make a bit more out of the tired tales that the series spins, and by comparison, 'Alpha Sapphire' falls flat on trying to make villains that players sympathize with, amongst other things. It may not seem fair to compare what is technically an older game against an entry to the series that came many years later, but given the significance of the originals and the fresh coat of paint the remakes were given, it's hard not to compare and see the flaws in 'Alpha Sapphire's' storytelling.

In addition, there is the problem of the overall emptiness of the game. Many of the Routes in Hoenn are long and mostly devoid of Trainers, leaving wild Pokemon battles in its place. As wild Pokemon in the area are very typically under-leveled to an average team (and even moreso in the remake with the Exp. Share), it makes for an overall boring and slow trek from one town to another. There is also an overabundance of water Routes to transverse, making an already apparent problem even worse. 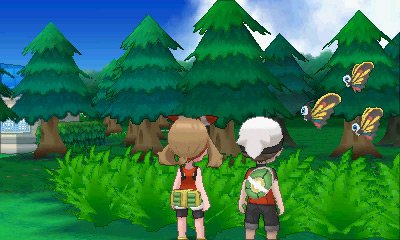 Other than these hiccups, though, 'Alpha Sapphire' is the typical Pokemon experience. Pokemon battles are fun enough, and while the difficulty is on the easy side, there can still be some moments of close calls and interesting battles. Many of my Gym Leader battles required some form of strategy to come out on top, in some cases requiring me to use Pokemon that I wasn't accustomed to on the fly to finish them all.

In addition to the staple battles, there are other activities to take part in. One of the bigger events are Contests. In Contests, Pokemon and their abilities are measured by a different spectrum, such as Coolness or Beauty, and are judged by how and when they used their moves. It's a nice diversion, and with multiple places to conduct Contests, there are plenty of points throughout the main plot to enjoy this distraction. 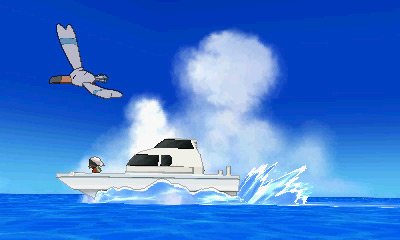 There is also the Super Secret Bases. These Bases are found throughout the Routes of Hoenn, and each Trainer gets an area to decorate with various goodies. These Bases will be taken to StreetPass, where you will send your Base out and receive others' Bases in return. By then finding the other Bases in Hoenn, players can then collect flags from these other Bases, as well as talk to the Base's owner and battle their team.

Secret Bases add a lot of content to an already content heavy game, and comes out the better for it. The StreetPass functions of 'Pokemon X/Y' left much to be desired, so having a more robust reward for taking the 3DS out and about.

Flaws aside, 'Alpha Sapphire' is overall an enjoyable game. Then again, the gameplay mechanics and weak story aren't going to win over new fans of the series, especially with the leaps and bounds displayed by more recent entries. 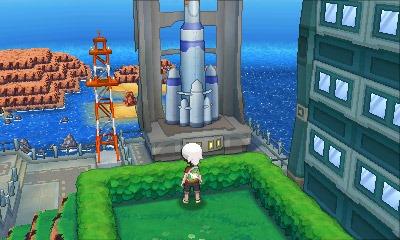 Since 'Pokemon Alpha Sapphire' takes the 3D engine from 'Pokemon X/Y' for the remakes, this re-imagining of Hoenn looks on the whole, very good. The various routes and Pokemon come to life like never before, giving them a resemblance of vitality and life that was only hinted at in titles before the series made the jump to 3D.

There are, however, some issues. Some of the visual problems that were in 'Pokemon X/Y' are unfortunately still present in 'Alpha Sapphire'. Turning on the 3DS's 3D effects while in battle will result in nasty hits to the title's framerates, and otherwise, many of the portable's unique features go unused. There is also an unusual changing about of art-styles involving Trainers: Essentially, only your rival and a few other characters get full 3D models during battles, while lesser Trainers merely get a 2D still. While it's understandable that Game Freak would not be able to fully render all the Trainers in 3D, having only a few makes for style clash, and the result is a game that feels less visually cohesive.

In terms of sound, there is little to complain about in 'Alpha Sapphire'. Music in the Pokemon series has always been surprisingly good, and of course, the revamped tracks of this title stand the test of time. One of the complaints (or praises, depending on the fan) of the music of the original GBA games was the overabundance of trumpets in various tracks; in 'Alpha Sapphire' the instrumental variety is more evened out, which I feel serves the actual tracks far better than the many trumpets from before.

In the sound effects department, everything appears adequate. Battle sounds have a punch to them, and the Pokemons' cries are still the same chippy noises from yesteryear… except Pikachu saying 'pika', oddly enough. There is no voice acting of any sort to listen to, though, despite many periods of rather wordy exposition throughout. 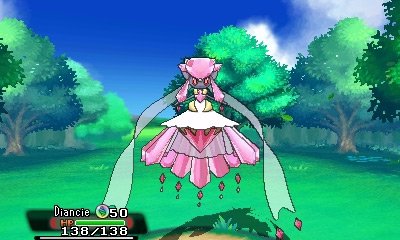 One of the biggest flaws of 'Pokemon X/Y' was its lack of post-game content. While there was a lot of viability in the game's competitive online battles, there wasn't much for anyone other than the most hardcore of battlers. 'Alpha Sapphire', thankfully, has plenty for anyone to enjoy after the main game is complete. The Super Secret Bases and Contests are sure to keep players busy, and soaring through the sky is immensely satisfying, with additional Pokemon to catch.

The biggest piece of content, though, is the Delta Episode. This couple hour piece of story content is only available after you beat the main scenario. This extra story is actually well written and interesting, and manages to flesh out the universe of Pokemon. To some people that probably won't mean much, as not everyone plays Pokemon for its plot, but it is still a nice bit of content that is there for those who are interested. 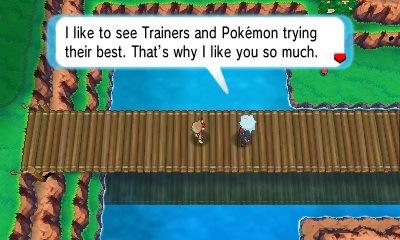 'Pokemon Alpha Sapphire' is, to put it simply, a Pokemon game. The end goal is to go out, catch 'em all, and become the Champion. These series staples are what help to make Pokemon what it is over the years, and with this being a remake of an older title, it's not surprising to not see any twists on this age-old formula.

That said, that means that if you aren't really a fan of the Pokemon games, or are growing weary of the same old formula again and again, your should probably skip 'Alpha Sapphire'. It's not a bad game by any means, but the game also doesn't offer anything new and exciting besides its visual upgrades, so some may find the game a bit lacking.

For everyone else, though, of course 'Alpha Sapphire' will be worth picking up. This remake offers far more post-game content than 'Pokemon X/Y', and the new look and features are sure to placate Pokemon fans until the next release.