The Game Itself
3.5 Stars
The Video: Sizing Up the Picture
3.5 Stars
The Audio: Rating the Sound
4 Stars
Replay Factor
1 Stars
Bottom Line
Worth a Look

The 'Costume Quest' series is developed by Double Fine Productions, an independently owned studio that specializes in smaller, downloadable titles. It is led by the renowned Tim Schafer, a LucasArts refugee known in the industry for his focus on comedy and character. During the development of 'Brütal Legend', Double Fine struggled to keep a publisher. In the more turbulent times, Schafer instructed his crew to separate for two weeks, completely forget about 'Brütal Legend', and come up with ideas for future projects. The first 'Costume Quest' was one of these "Amnesia Fortnight" creations and was released in 2010.

'Costume Quest 2' carries the spirit of the Japanese games I grew up on during the mid- to late-90s. This includes 'Final Fantasy', 'Lufia', and 'Breath of Fire'. As in those games, 'Costume Quest 2' puts the player in the shoes of a party of adventurers who have set out to save the world. However, unlike those games, which were often dark and rather serious in nature, this game is more like an 'Earthbound' or a 'Super Mario RPG'. The story is light, the world is colorful, the writing is funny, and the coin of the realm is candy. Gobs and gobs of sweet, sugary Halloween candy. 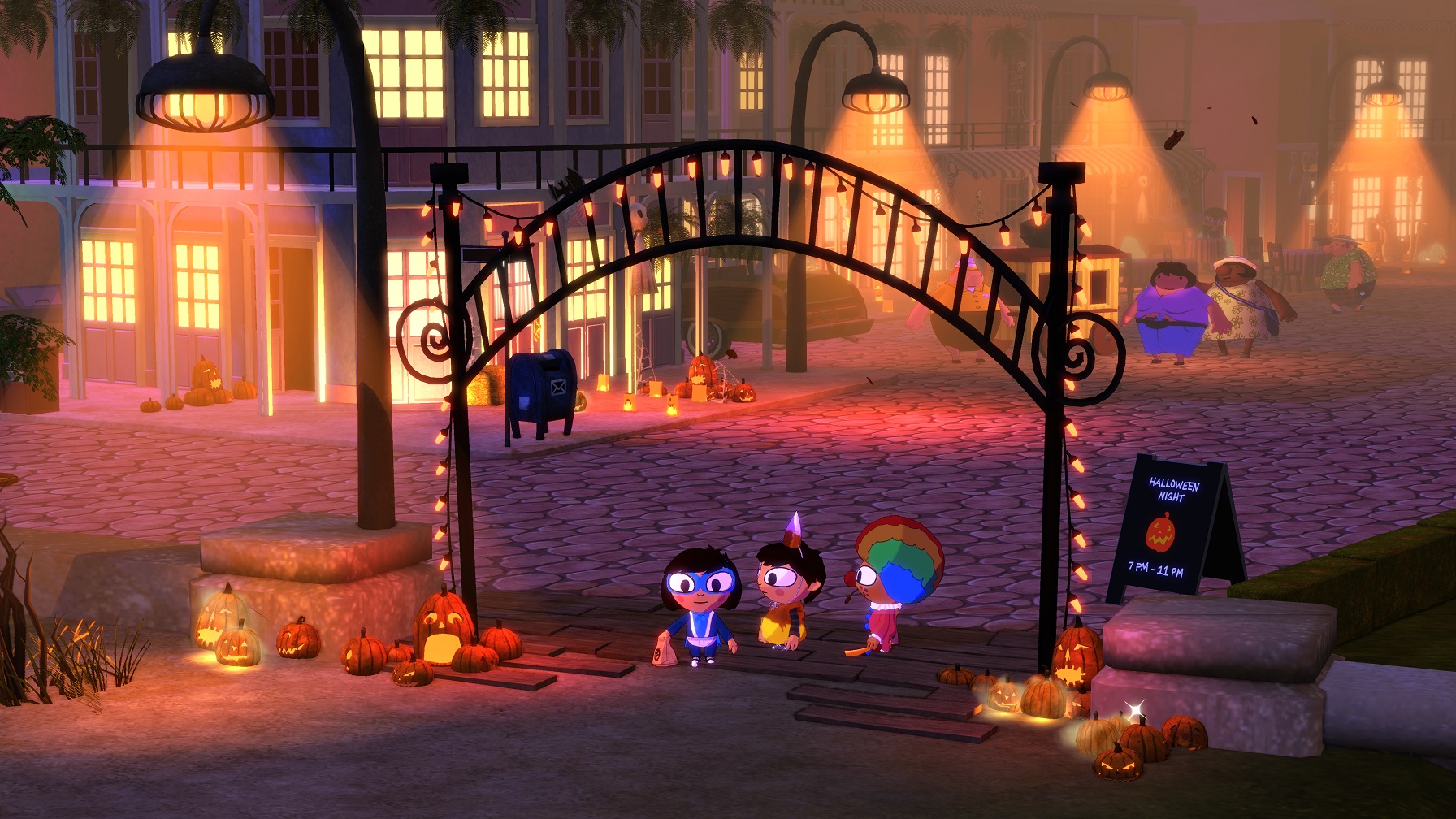 Occurring immediately after the events of the first game, 'Costume Quest 2' pits returning characters Wren and Reynold against the evil dentist Orel White. White has the ability to travel through time and has begun using his powers to eradicate Halloween and all of its tooth-rotting, costumed fun. The children and their friends progress through several time periods while fighting White’s minions and, of course, trick-or-treating. Each battle is a turn-based affair in typical RPG fashion. The children can attack, run, or use special abilities and items each turn. Taking the place of traditional jobs or classes are costumes. A costume bestows a specific role and set of abilities on its wearer. The clown costume functions as a healer, for instance, while the superhero costume is used solely for dealing large amounts of damage to enemies. Costumes can be switched on the fly outside of battles, so a strategy can be selected before each fight. There is also a faint element of exploration, as the costumes have an ability that can be used on the overmap to clear obstacles and find goodies. 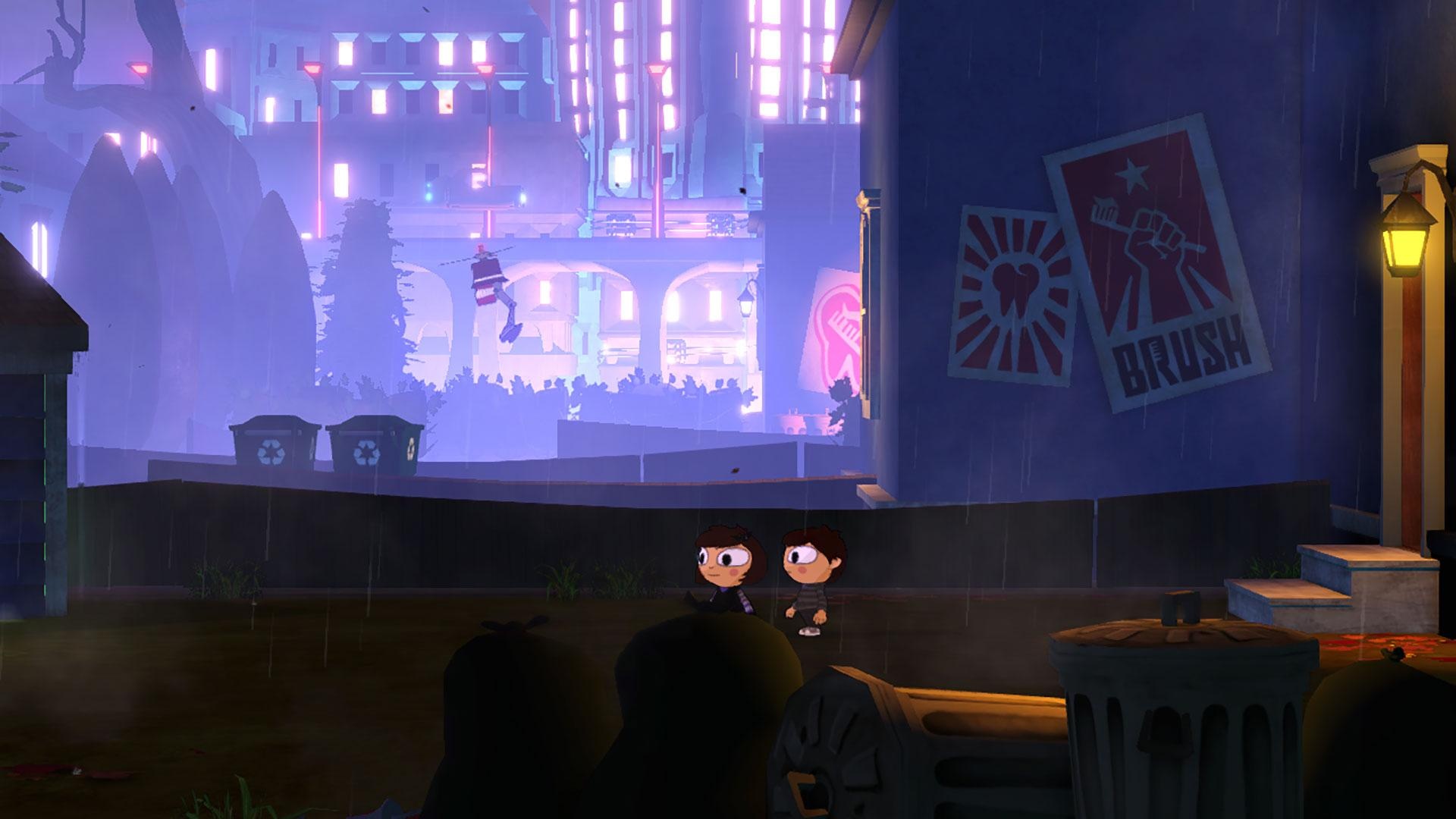 'Costume Quest 2' doesn’t take itself very seriously. The script is lighthearted and sassy, with a lot of tongue-in-cheek jokes and pop culture references. The game teases RPGs, grown-ups, and cultural trends, all in good fun. While it is rated E for Everyone and is certainly appropriate for children to play, it has a lot of humor to offer adults. In that regard it reminds me a lot of modern animated movies, and I suppose it’s no coincidence that the project lead for the first game is an artist at Pixar. 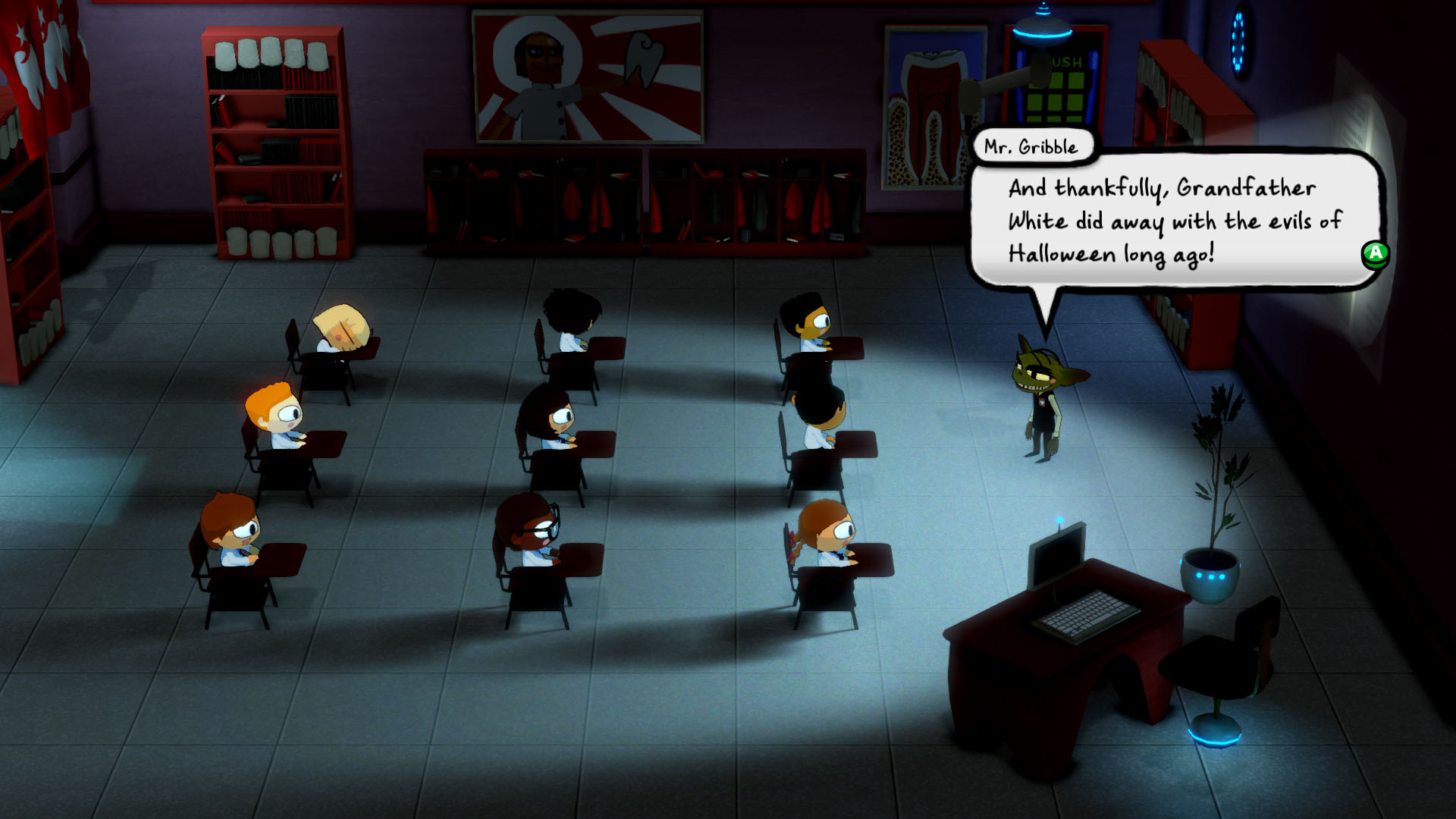 The bubbly personality and nostalgic mechanics work great with one another, but the game is weakened by its size. The main campaign finishes in a scant five or six hours, with perhaps another two added for completing sidequests and collecting items. Costumes were added relatively frequently to my arsenal, but perhaps not enough to keep the fights from becoming mildly stale as the campaign continued. A greater variety of diverse sidequests would have gone a long way towards lengthening the game in a positive way. There are some additions from the first game, but not so many that it stands out as a different game - it’s more of an expansion. I did like the Creepy Card system - items that are used in battle to give beneficial effects and then regenerate over the next few battles. It agitated the collector within me and offered more playtime while I tracked them down through side missions and optional boss fights. 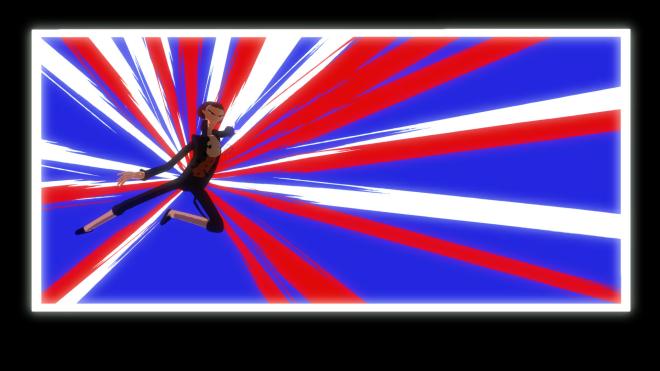 'Costume Quest 2' is cel-shaded, and its coloring and art design give it an old-fashioned, Saturday morning cartoon look. It has a structure somewhere in between a crayon and a colored pencil, which is an appropriate choice given its childlike motif. Big, splashy comic book effects take place during the battles. It is relatively average otherwise, with a resolution befitting most downloadable titles. It does look slightly better than the 360 version, and it is free of significant clipping, stuttering, or other visual issues. 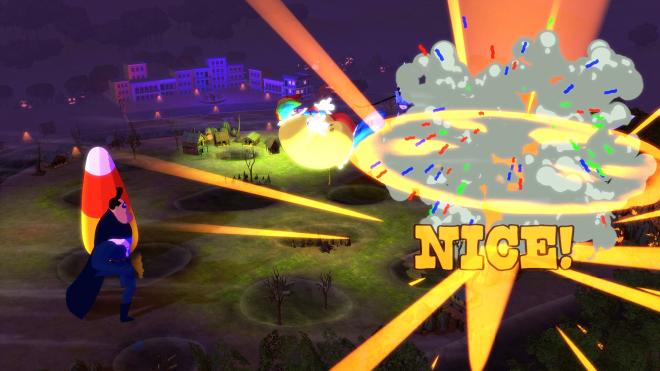 While the game has no voice acting to speak of, I feel that this is a good design choice that highlights its nostalgia and makes it more fun. It also allows for the heavy slapstick humor that can be found in the characters’ animations and reactions. The soundtrack changes in each environment,and the cajun twang found in the Bayou levels is particularly good. The sound effects are dynamic and evocative of superheroes, but can become very repetitive, especially the costume theme bytes that play after each battle.

The storyline is linear and very short, severely minimizing the replay value. There is no new game plus mode. There’s really only one playthrough here and I felt like I was finished right after I’d begun. There is no multiplayer, but that is perfectly fine for a turn-based RPG. 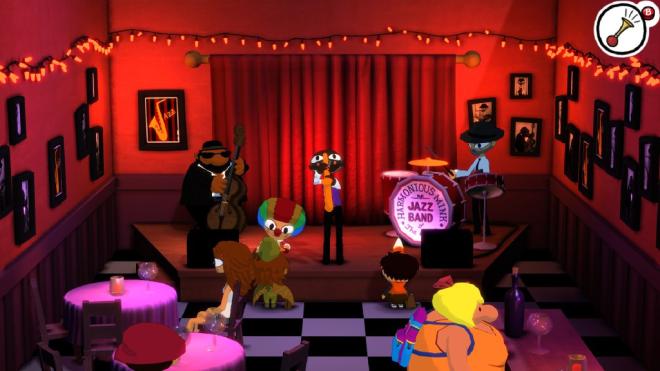 Being too similar to the first game and finishing far too quickly keep 'Costume Quest 2' from greatness. It maintains its predecessor’s wit, although the jokes have been diluted somewhat, as have the mechanics. It could most accurately be described as a playable cartoon, and is a short and sweet romp for any RPG fan who doesn’t mind its cuteness or brevity.