The Game Itself
3.5 Stars
The Video: Sizing Up the Picture
3.5 Stars
The Audio: Rating the Sound
3 Stars
Replay Factor
4 Stars
Bottom Line
Worth a Look

Magic: The Gathering – Duels of the Planeswalkers 2015

'Magic: The Gathering' was released in 1993 by hobby company Wizards of the Coast after being developed mostly by just one guy, a student named Richard Garfield. It was so popular at the beginning that Wizards had to curb their advertising because they could not keep up with demand. It is a collectible card game (CCG) with a fantasy theme and rules that have become more complex as the game churns out expansion packs. The most important rule is that any card can freely break the fundamental game rules.

Stainless Games developed the first 'Duels of the Planeswalkers' in 2009 and its release on the Xbox Live service quickly broke sales records. It has since released a new edition every year, generally with a price point of $10 and, increasingly, DLC and paid deck unlocks.

'Magic' is traditionally played in a one-on-one setting, with each player bringing a deck of sixty cards. The game is based on five colors that correspond with spheres of magic wielded by the "planeswalkers", demigods who represent the players in-game. Decks can be made up of just one color, or have combinations of two or more. Each player has a starting life total of 20, and their opponent attempts to whittle that down with creatures and various kinds of wizardry, all represented by individual spell cards. The spell cards are played with land cards that generate mana each turn. Note that this is a very basic explanation of a game that is best explained by playing it, and there are many caveats and permutations based on the specific rules of each card. 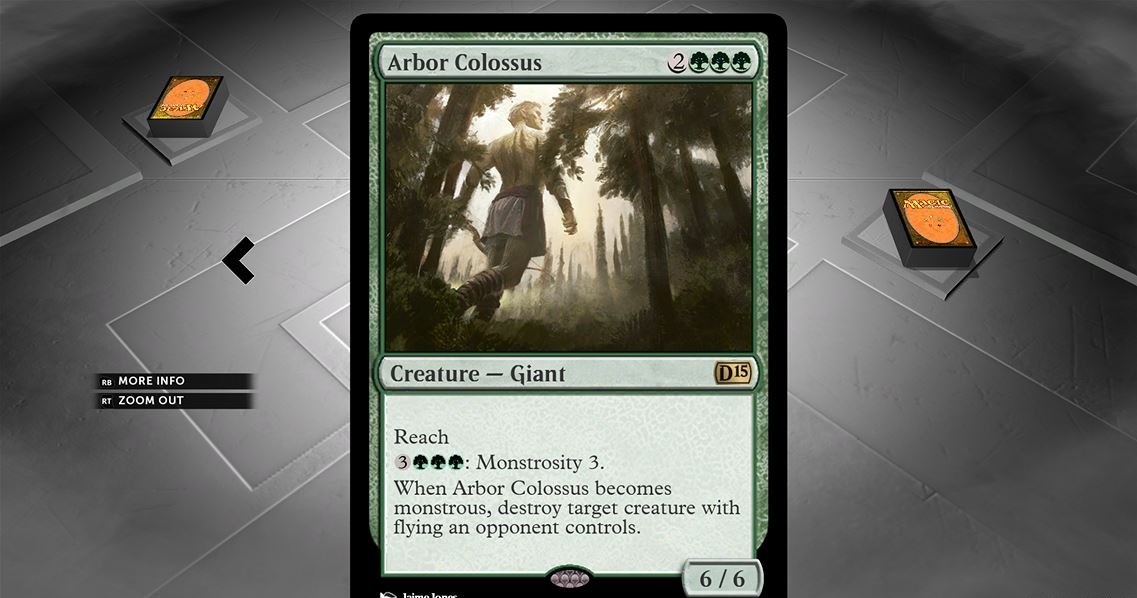 'Duels of the Planeswalkers' has traditionally been a more accessible option for 'Magic' players. Playing the paper version is not without expense, especially at the higher levels. The electronic analog, 'Magic: The Gathering Online', has similar pricing, and also has its own tournament system, ladders, and all of the trappings of a competitive game. 'Planeswalkers' breaks down the game into its core by guiding the player through a series of tutorials, followed by a campaign of matches against the AI, as well as a basic multiplayer suite. It’s not quite fair to call it "Magic lite", because the rules are intact for the most part, but it definitely does not carry much of the CCG’s huge card pool or functionality. This includes alternative but widely accepted gametypes like pauper (only cheap, common cards) or prismatic (huge potpourri decks). 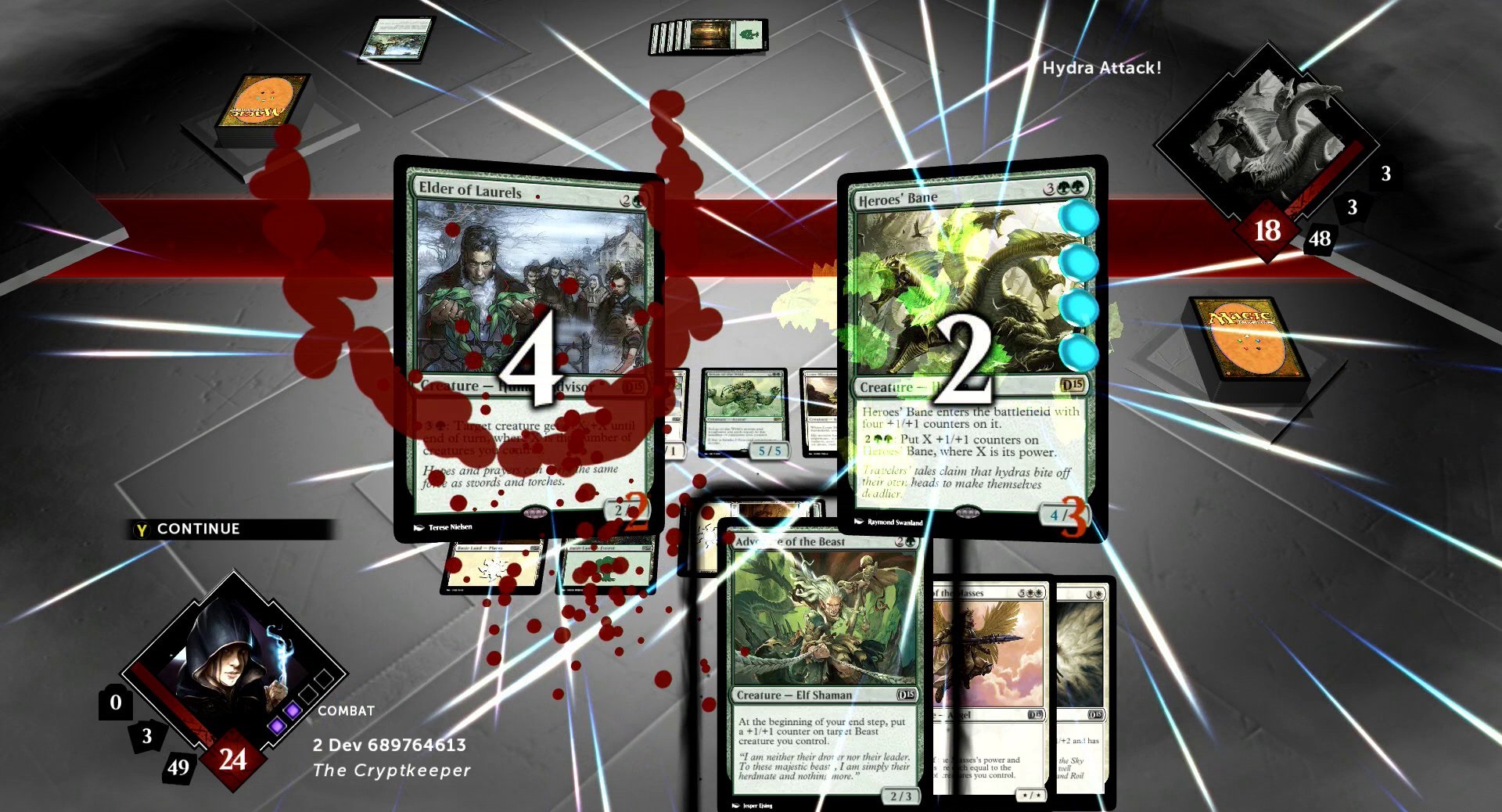 Because 'Magic 2015' was first released in the summer on other platforms, I’ve been able to quietly watch its progress while waiting for the promised Xbox One version. The initial reception was cool, to say the least. Dreaded phrases like "microtransactions" and "pay-to-win" were shouted from every street corner. While the franchise has always had a paid shortcut available for card unlocks (as opposed to unlocking decks and small boosters after matches), there was concern that it had become too much, and players were expected to pay for the game on the front end and the cards on the back end. After playing the Xbox One version for some 20-odd hours, I’m happy to report that not all is lost, but nor is there cause for celebration. 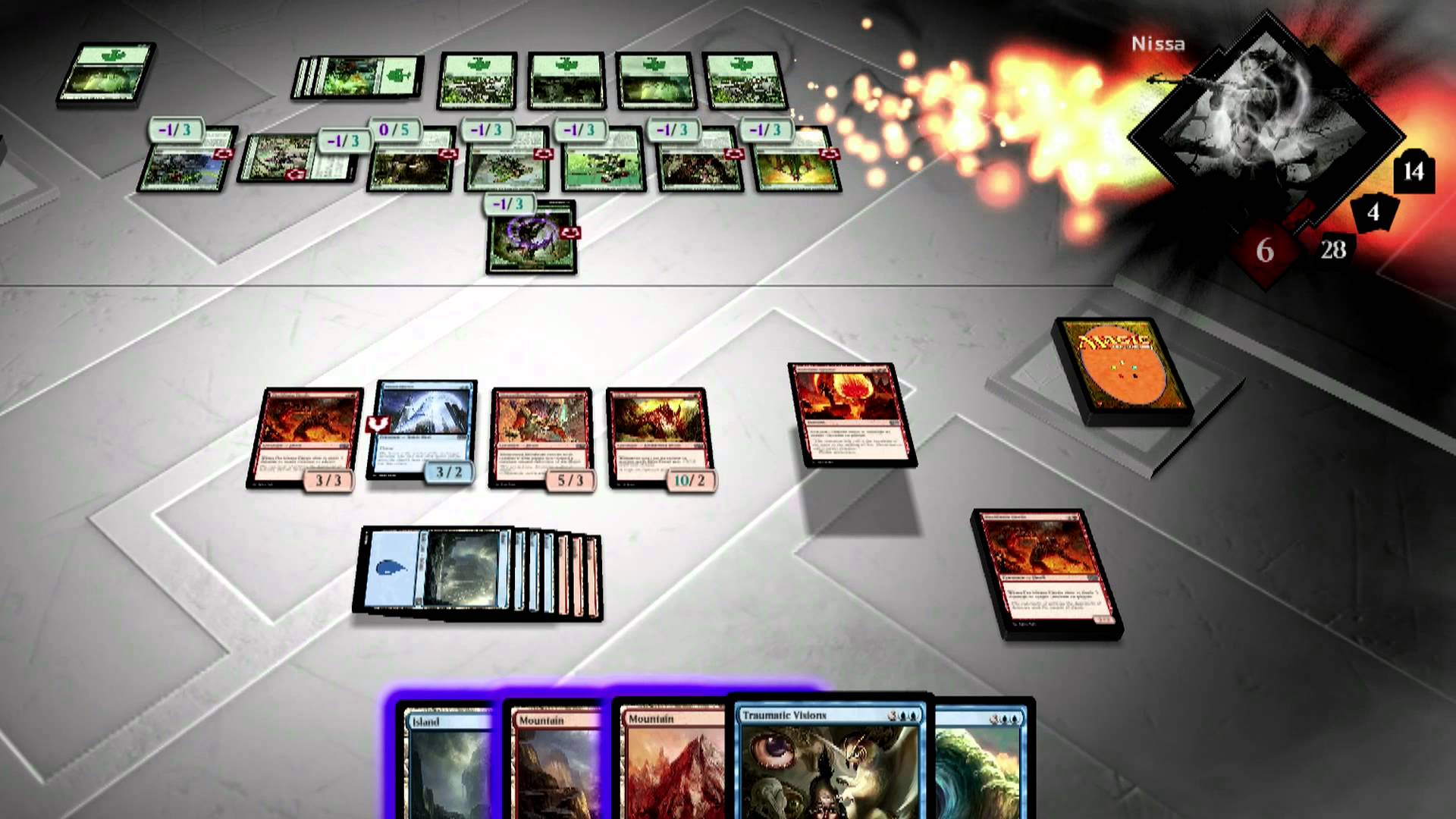 First and foremost, the vast majority of the game’s 1200-count or so standard library can be unlocked through normal gameplay. Because the ruleset is so well implemented, I never felt as though I was "grinding" for cards, like playing through endlessly tedious matches for a pittance of a reward. That being said, I did earn cards at a slower rate than I have in previous years. For the impatient and/or slightly wealthier gamers, each available set of cards from a plane can be bought for $5 a pop. For other platforms, Wizards recently announced that paid premium boosters were going away, to be replaced by "battle boosters" that are earned via multiplayer wins. This does not seem to have been implemented on the Xbox One version, as I won several multiplayer matches and walked away empty-handed, and a set of battle boosters is purchasable in the in-game store.

The actual gameplay in matches is authentic and satisfying, with the exception of a framerate issue if there are more than thirty or so permanents on the board. I was playing a green and white deck, with a focus on tokens and convoke (basically lots of very tiny, weak creatures), and the game began to stagger significantly. The real issues are everything besides the gameplay itself. The menu is very unintuitive and difficult to use. Deck selection is slow and can only be done in the awkward menu, not when the match begins. The tutorial does not seem to be skippable, even when a higher difficulty is selected for AI opponents. The sealed format has been removed from last year’s version, with nothing to replace it. The puzzle-like encounters are also gone, where the AI opponent would play their cards in a precise order in each match and the player had to come up with a strategy for defeating it. It has been replaced with a "node" mechanic that functions somewhat like random encounters. The best one was Pandora’s Box, which uses a card that gradually takes card from each player’s decks and hides them out of play, before releasing them onto the table later at no mana cost. During this node, I was in a winning position very early, but withheld the killing blow to spam as much into the box as I could. Finally, the AI opened the box and it made it rain on the playing field, littering it with creatures of all shapes and sizes. That kind of match uses the rules of 'Magic' to good effect, and sadly there are few like that in this edition.The bright spot is the deck builder. This feature has been conspicuously absent from previous editions, but is implemented here quite well. There are many filters to look for specific combos of cards from the collection, automatic land calculation, deck statistics, and more. 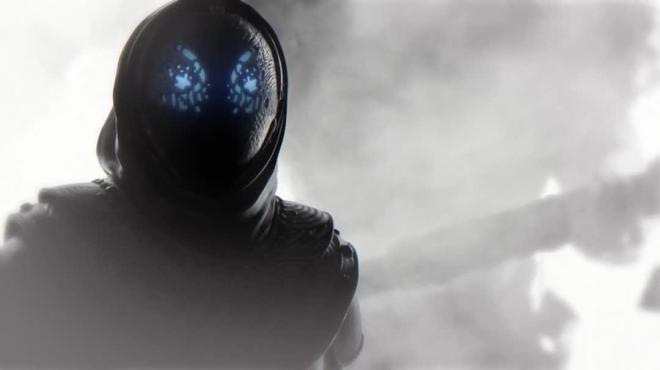 For an inexpensive video game based on a turn-based card game, 'Magic 2015' looks pretty good. Card art is rendered perfectly from the paper version. There are animated effects for many card mechanics, offering a bit of dramatic flair for what otherwise be a visually dry exchange. Besides the aforementioned framerate problem, the presentation is clean and efficient. There are also a few cinematic cutscenes during the campaign, but these are short and not of a particularly high quality. 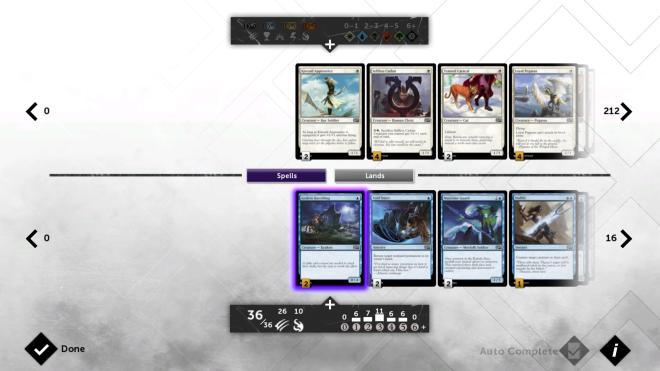 Most of the music for 'Magic 2015' is not very inspired. It’s a kind of epic fantasy elevator music. It’s most audible at the menu, and diminishes during matches. Sound effects are a bit more resonate, with lots of slices and crunches and sorcery during each game to spice up card actions. There is precious little voice acting, most often heard in the bland cutscenes during the campaign. The tutorial’s narrator is very chipper, at least.

There was a lot to keep me occupied after the short campaign. There are exploration nodes, which offer boosters when beaten. There is a multiplayer, which offers more difficult opponents than the campaign can. The gametypes are measly, though - not even a two-headed giant is available. And of course, there is the deck builder. I could spend hours just nerding out on decks alone, and 'Magic 2015' has less than a tenth of the total 'Magic' cards ever made. 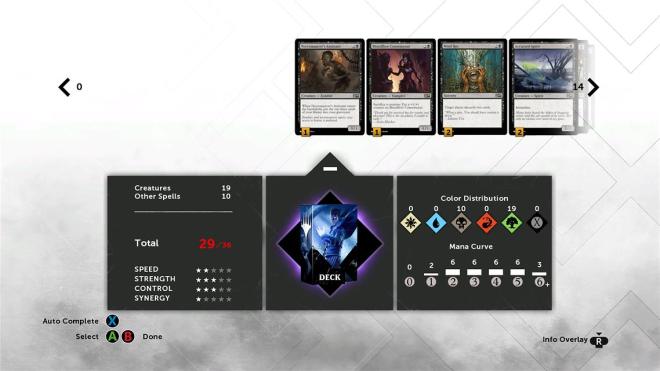 'Magic 2015' is frustrating not because it’s bad, but because it is so close to being so good. It takes a step forward with the deck builder and two steps back with its cumbersome interface and lack of engaging gametypes for both single and multiplayer. The pay-to-win model has not taken over just yet, but it is creeping steadily closer. If you have enjoyed previous versions of 'Duels of the Planeswalkers' and are a serious 'Magic' fan, it’s not a bad play. If you are a newcomer to the series, consider the 2013 or 2014 edition instead.