The Game Itself
3.5 Stars
The Video: Sizing Up the Picture
3 Stars
The Audio: Rating the Sound
4 Stars
Replay Factor
2.5 Stars
Bottom Line
Worth a Look

Rollers of the Realm

The game of pinball has been around since the 1700s. Features like spring launchers and flippers were added over the years, and the modern version became recognizable in the 1970s. This was also when pinball was at its prime, and dozens of companies were cranking out cabinets to pull in quarters from young people in arcades all over the county. The introduction of home video game consoles in the 80s was the death knell of pinball. Today only one manufacturer makes physical cabinets on a notable scale, and many of its products are for home use. Digital pinball offers a few options, such as Zen Studios’ 'Zen Pinball' series and now, 'Rollers of the Realm' from Canadian indie studio Phantom Compass.

'Rollers of the Realm' bills itself as a pinball/RPG combo. Each ball is an RPG archetype that has its own stats and abilities - the knight is a huge, slow wrecking ball, the rogue is tiny and quick, etc. The tables are translations of fantasy environments that the party finds itself in over the course of the story, like a haunted forest, castle courtyard, medieval village, and so on. The targets and bumpers are crates, soldiers, archery bullseyes, and villagers. Hitting any of these gives a little bit of experience to the player’s level, and may offer other rewards. The rogue can steal gold when she hits villagers. The cleric can heal the flippers, which take damage from enemies and gradually become smaller, when she collects mana from certain bumpers. The ranger ball shoots arrows at enemies when it rolls near them, and has a special ability that activates a multiball. The table can be tilted to move balls to the left and right, and unlike the physical version, there is no penalty for tilting. 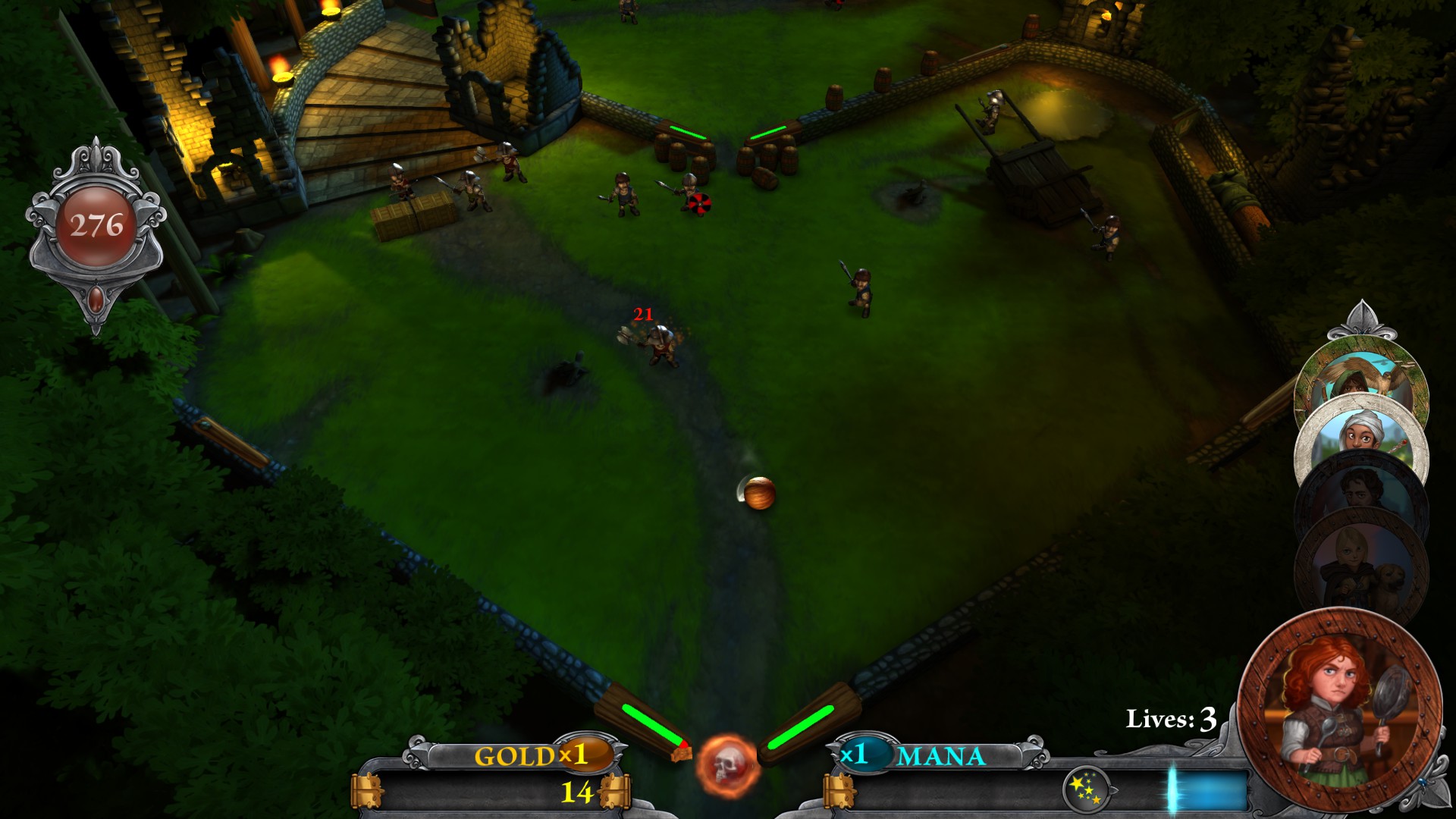 Each mission in the campaign has its own table with specific objectives. Some of the tables can get quite large and have a set of stages. As the mission proceeds and objectives are achieved, the party rolls into the next stage, but not necessarily for good as a drain will drop them back into the previous board. A drain on the initial board will incapacitate a character and make them unavailable until enough mana is collected by other characters to revive them. Characters can be switched out after a drain or on the fly by holding a played ball in an upraised flipper. Lose all characters and it’s a game over. 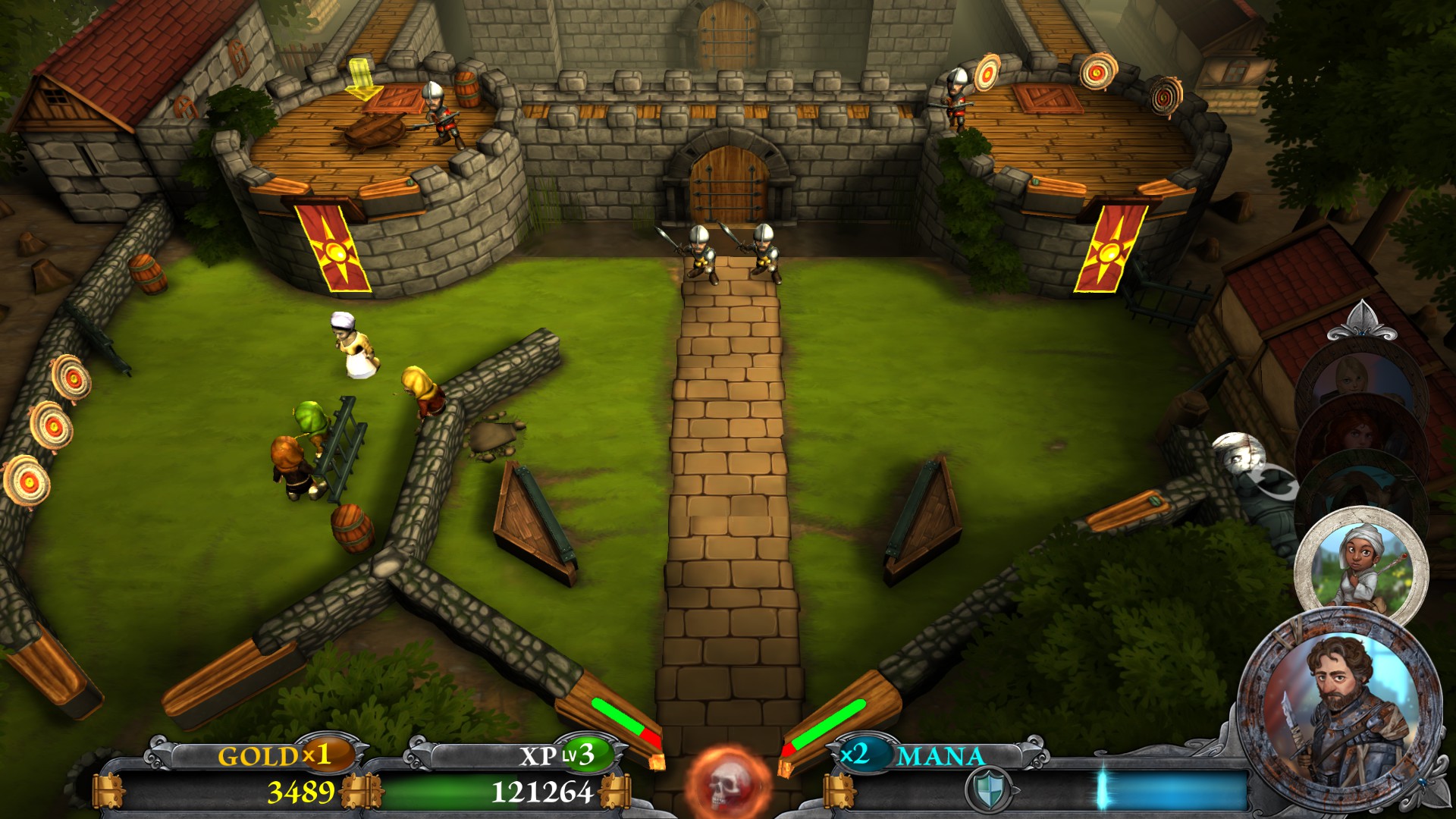 It’s not a literal translation of pinball, but 'Rollers of the Realm' is nearly as difficult as its real life cousin. Drains are common, especially as my flippers sustain damage and the gap between them increases. Strategic use of characters is critical. I quickly learned that losing my cleric early in the game often ended in disaster, as I would be unable to heal the flippers or collect enough mana to revive her before the flipper gap drained the rest of the party. Mission objectives can also be rather difficult, especially with timed levels. Some of the boss characters have ridiculous health bars, requiring many strikes with a ball before collapsing. The difficulty in and of itself isn’t really the problem, however. There are many games that have used a high difficulty level effectively. The problem is the grim all-or-nothing format of each match. I would spend ten or fifteen minutes on a single table, lose the match, and then lose 100% of gold and experience accumulated during that match. No gold and experience means no upgrades that enhance my party and give me a slightly better shot at the mission next time. A few losses in a row may not seem like much for a seasoned pinball player, but after thirty or forty minutes on a table with nothing to show for it, it felt like the game was beating me down. This was especially painful if I was having a string of good luck on a table, collecting lots of goodies, and then a couple of cheap drains in a row led to a wipe and restart. 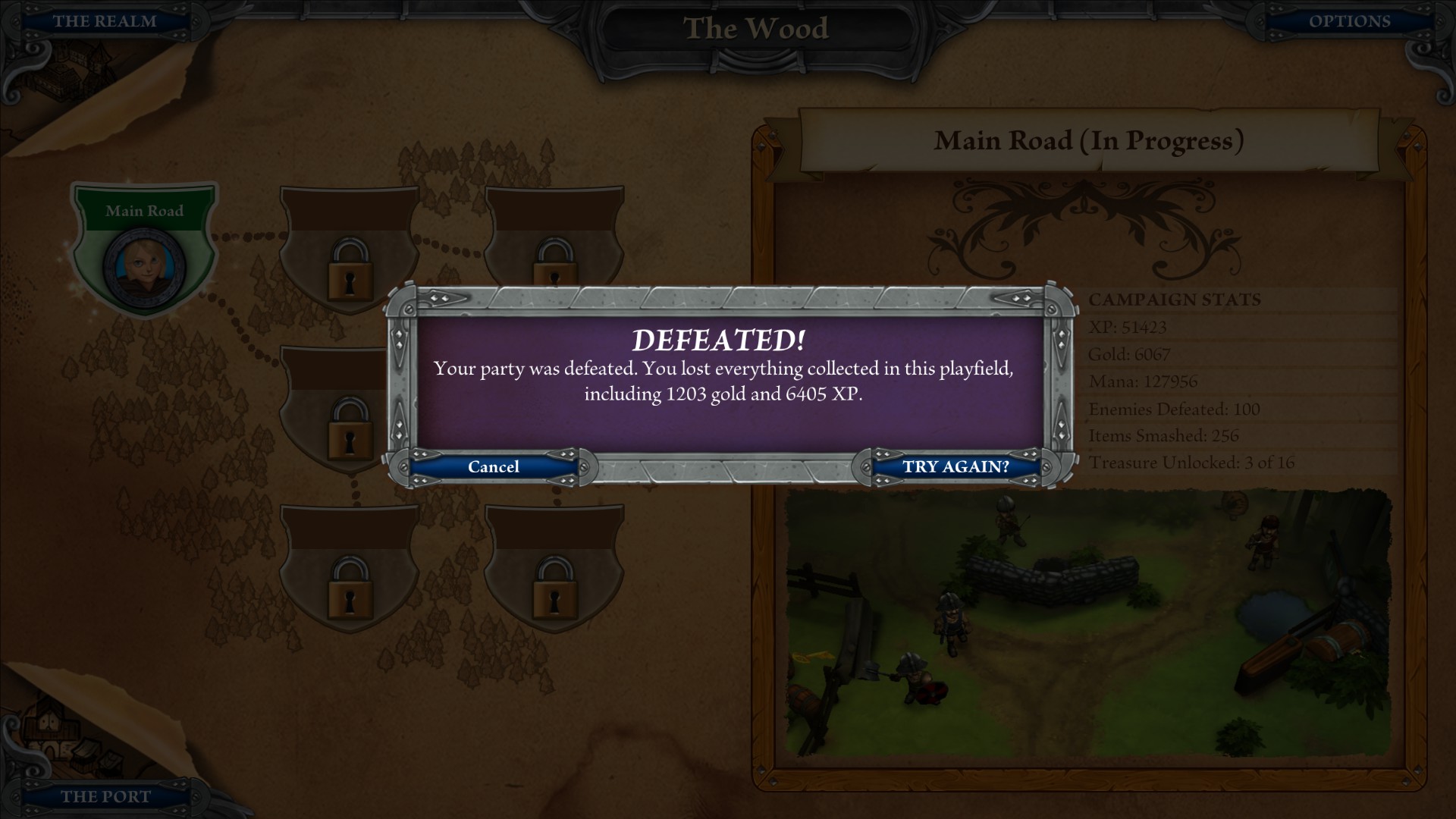 Perhaps to account for this format is the ability to replay previous boards for gold, experience, and the occasional treasure chest containing a permanent upgrade. As the rewards are usually small, this boils down to the ancient and dreaded RPG mechanic of grinding. In order to progress through the main storyline, I frequently returned to previous boards and played through them many times to buy a modest upgrade for a ball, and repeated this ad nausea. It’s not all doom and gloom, though. The gameplay of 'Rollers of the Realm' is solid and the pinball, combined with its fantasy roleplaying conventions, is addictive. The storyline is serviceable and the script is good enough, although I would have liked to avoid seeing the same cutscene over and over after each loss. 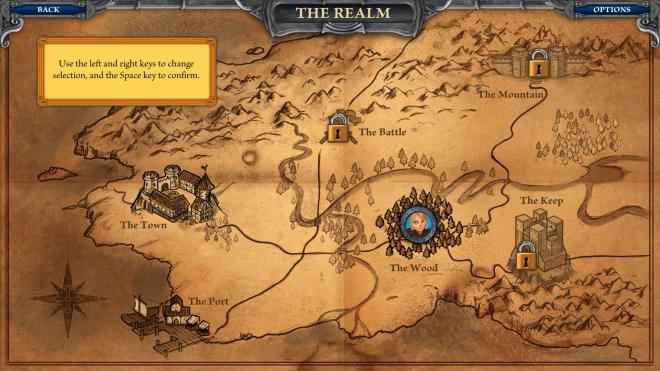 'Rollers' is a smaller indie game and its visuals are right at home. The narrative is presented through static portraits and some storyboards, and the art design gives the characters a set of dwarfish, almost caricatured proportions. Despite this, and the pinball theme, the story remains rather serious, although the party members joke around and make fun of each other from time to time. The boards are not backlit LED spectacles, but are subdued and simple, with blocky models and a narrow color palette. 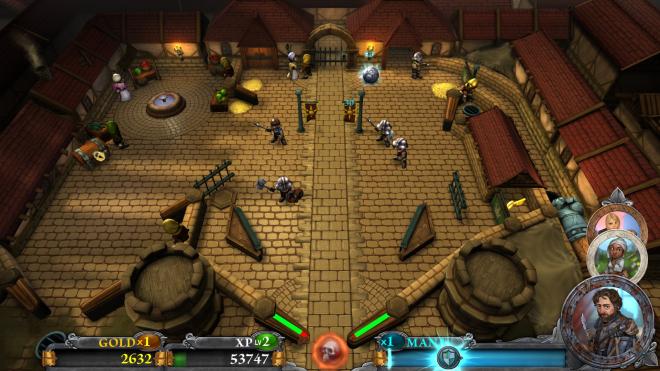 The game’s music punches above its weight class, and has the kind of instrumental energy evocative of an epic fantasy film. It’s not the tinny score often heard in similarly priced games. The sound effects carry the idea of pinball even with the RPG components, and hitting just about any surface with a ball elicits a ding, thump, or exclamation. The voice acting is generally fine but has a few weak points, like the ranger.

As mentioned above, I feel as though the game has too much of a focus on the replay. Perhaps a wider selection of optional side missions would have broken up the grind. There are many things to keep an RPG fan interested though - upgrades that can be purchased with in-game currency (no microtransactions), upgrades that are found in hard-to-reach places on the tables, and additional party members. There is an also Arena mode where tables can be played with looser objectives, a nice reprieve that allows for some simple pinball and practice. 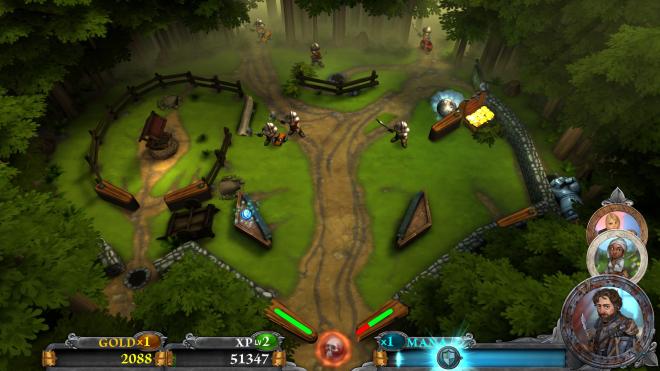 'Rollers of the Realm' nearly does for pinball what 'Puzzle Quest' did for the match-three genre. It competently takes an existing medium and merges it with roleplaying elements to create something that hasn’t been done before, which is unusual in gaming. A few design problems keep it from greatness, like a very cold, withholding system of progression. That doesn’t stop it from being an enjoyable experience and something worth trying for any pinball or RPG fan.