The Game Itself
4.5 Stars
The Video: Sizing Up the Picture
5 Stars
The Audio: Rating the Sound
4 Stars
Replay Factor
4.5 Stars
Bonus Content
4 Stars
Bottom Line
Must Own

Back in 2008, Sega released a very interesting strategy game on the PlayStation 3 named 'Valkyria Chronicles'. The game was the very definition of a sleeper hit; despite not being as well-known as some of the console's big exclusives at the time, the title received high critical acclaim at its release. Though subsequent installments have been confined to the PSP, the series' cult status has only grown.

Now, six years later, the PlayStation 3 exclusive title has made the jump onto Steam, bringing the title to a larger audience than ever before.

In 'Valkyria Chronicles', war breaks out across Europa over the scarcity of a rare and powerful resource. The Empire decides to invade the neutral country of Gallia, due to their rich Ragnite deposits. As the Empire invades the country practically unopposed, youths from a destroyed village enlist into the army, in hopes of defending their home from the oncoming threat. 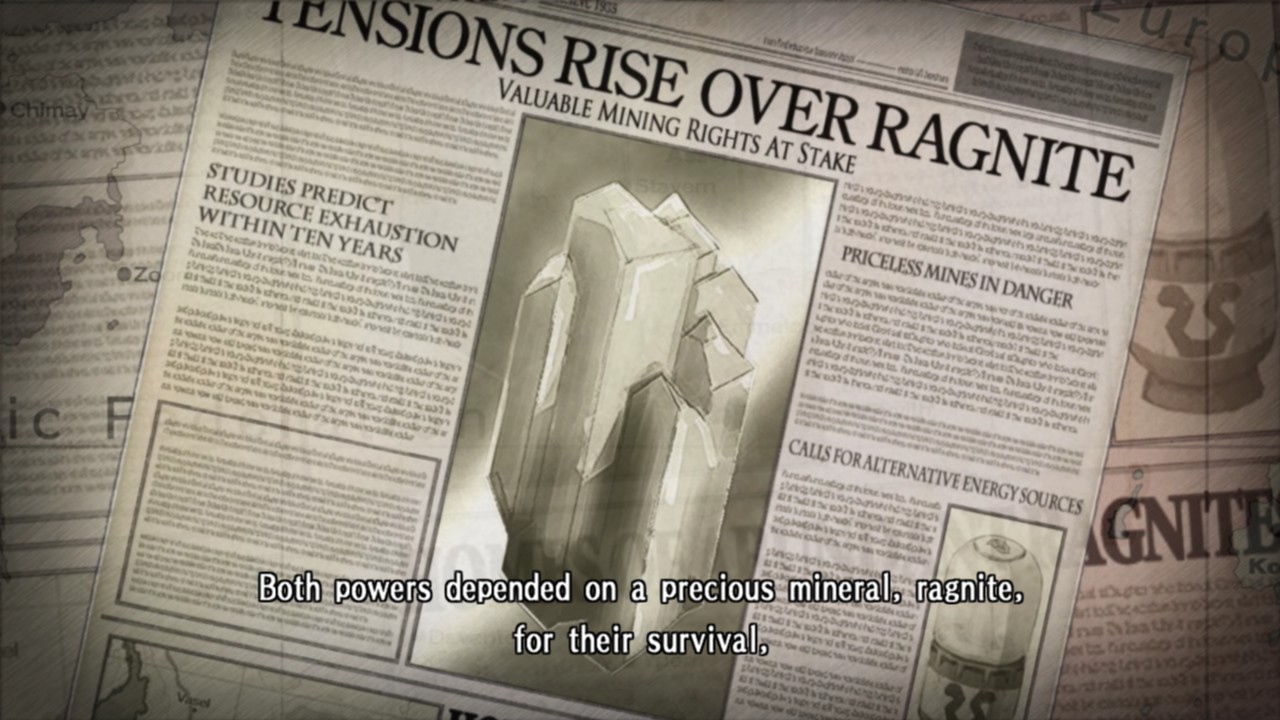 If the tale seems a little familiar, it's because 'Valkyria Chronicles' borrows its setting heavily from World War II itself. While there are some obvious differences, the game's inspiration from real world events helps to make the more human aspects of the narrative easier to connect. The story of 'Valkyria Chronicles' really focuses on the characters and their struggles than the overarching plot, and for that the story is more engaging and interesting than most plots in the same vein.

However, being a militaristic strategy title, no amount of praises for the game's story will matter if the gameplay fails to hold up. Battles have both turn-based and real-time elements to them. Every turn a certain amount of Command Points are given. These points are used to order the troops. From there, everything happens in real-time for the chosen troop; from there the player must move the troop safely (as to not get taken out by gunfire), aim, and fire upon the enemy.

The overall system is a bit convoluted, but the game explains most of the mechanics well and nothing seems out of place. The mechanics also allow for a lot of strategic room, so there's multiple ways to beat the battle, instead of one or two set ways. Battles are rewarding and challenging, offering satisfying gameplay while giving a fair difficulty curve. 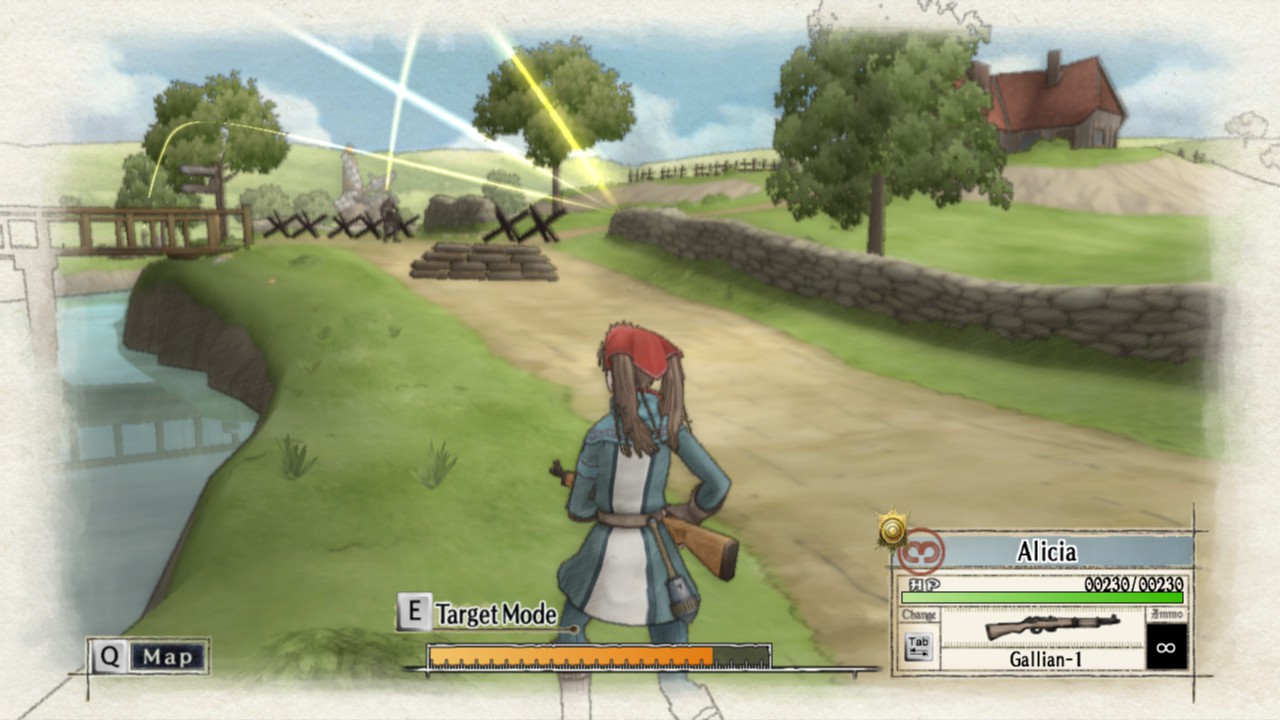 In between battles is the time to divvy out experience and gold to improve the squad. Troops level up not individually, but by their set class, and leveling classes can only be done between battles. Additionally, gold can be spent to further research and development of new military technology, new gear for the troops, or investing in a young journalist's new career. Much like the battlefield itself, there are plenty of choices available to take advantage of, offering plenty of customization over the squad, and by extension how battles are handled.

Ultimately, the gameplay is quite compelling and being concerned with the fate of each characters helps the game to achieve what so many Japanese games and anime series try for, a memorable and gripping experience for the player.

'Valkyria Chronicles' only really stutters in some actual technical issues in the port. This does not happen with every game, but there have been issues with the game crashing and other quirks when the title runs at 60 frames per second. I personally had no problems with the game during my time with it, and I ran the game on a mid-range computer, but the issues do exist on more than an isolated basis, and are important to note.  Of course, among the other upgrades with the PC version, are the much improved load times, which can be a gamechanger in some cases.

Likewise, some PC players will be happy to know that the game can be played without a controller if so desired with the mouse and keyboard controls good enough to be preferable for some. 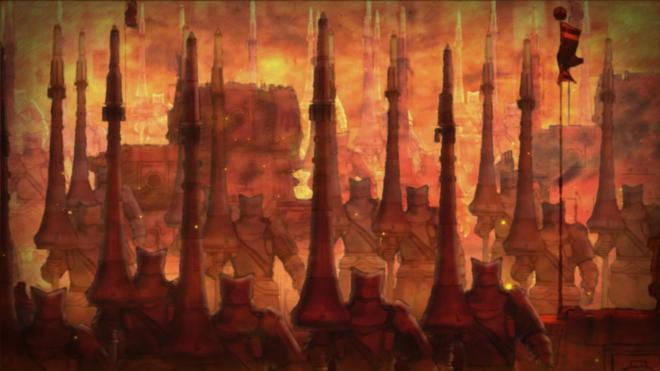 The PC port of 'Valkyria Chronicles' brings most of the game up to 1080p (or higher, per PC configuration), whereas the original PlayStation 3 title was set at 720p. Unfortunately, the numerous cutscenes are locked at 720p. While that seems like a pretty big misstep, it isn't too much of a deal breaker.

If nothing else, 'Valkyria Chronicle's' art style is wonderful. Character models are crisp and colorful, and while it can sometimes be a bit more difficult to pick out the darker colored enemy soldiers from some backgrounds, that seems more like a design choice than a design oversight. 'Valkyria Chronicles' employs a watercolor-like style that makes the most out of visuals. Whereas otherwise the graphics would look a little on the basic side, the pencil sketches of the characters in movement and the tasteful use of color makes the game a joy to look at, whether in a cutscene or on the battlefield… so even when the exposition gets to be a little long-winded, it can still be a joy to watch. 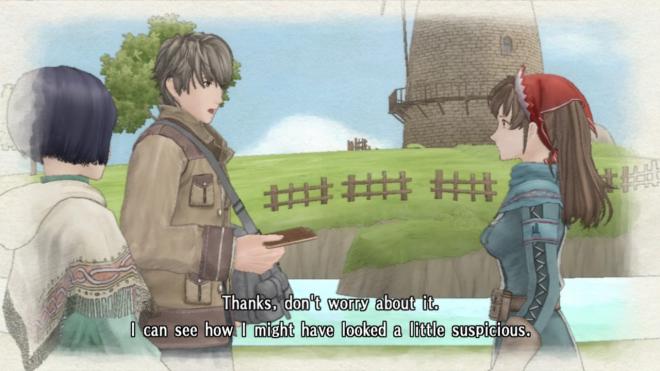 While it may not be on the same level as the graphics, the audio offerings of 'Valkyria Chronicles' are still quite good. The game's soundtrack maintains a militaristic theme, and the energy filled tracks fit the tense situations of the battlefield well.

In addition, the title has a large amount of voice acting, and all the primary characters have voices that fit well with their personalities. On top of that, even the secondary members of your squad do get voice clips and have lines during battle, giving the less important characters more personality than most strategy games would bother to give… which makes it that much more difficult to deal with if they happen to permanently die in battle. 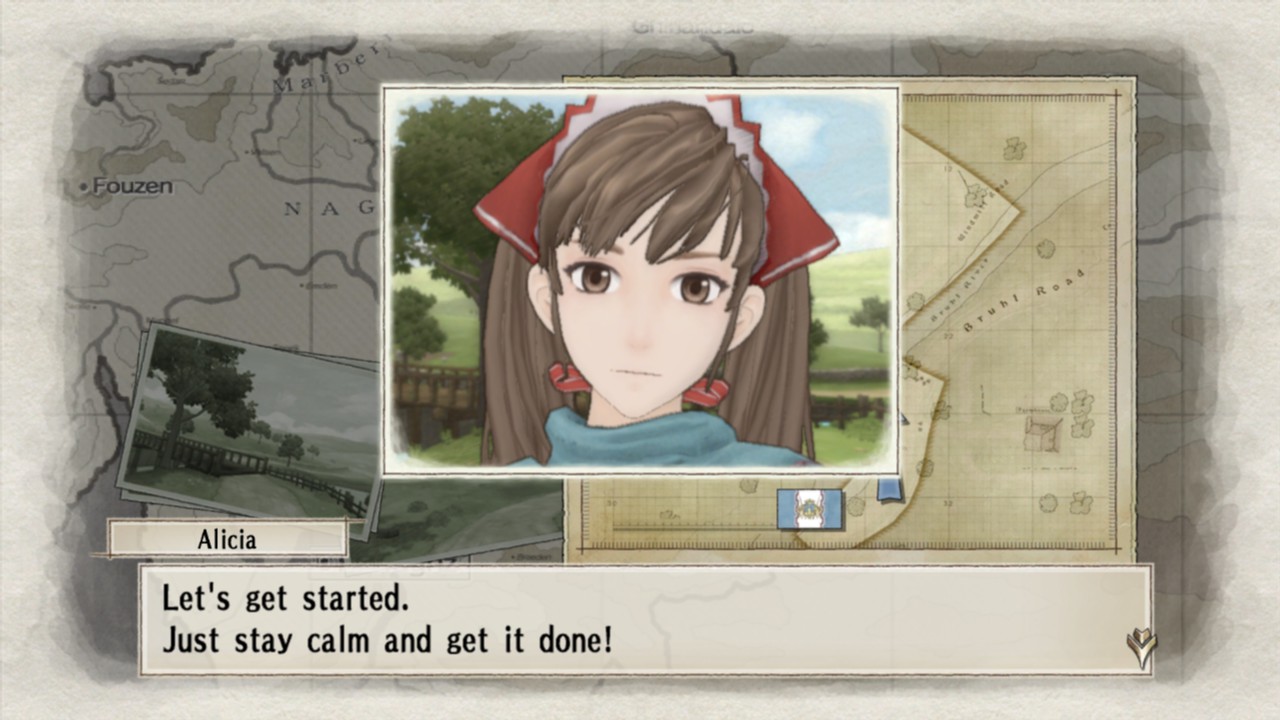 'Valkyria Chronicles' offers a fair amount of content beyond the main campaign. There are extra missions to help max out class levels, as well as the previously DLC-only chapters and the EX Hard mode. The new mode removes the Edelweiss and ups enemy AI, as well as changes enemy placement and numbers, making the battlefields practically new stages in themselves.

Beyond that, there are Steam achievements to collect, as well as trying out the plethora of troops available. The latter is not going to interest most, but the achievements are varied and challenge players to explore the entirety of the game. 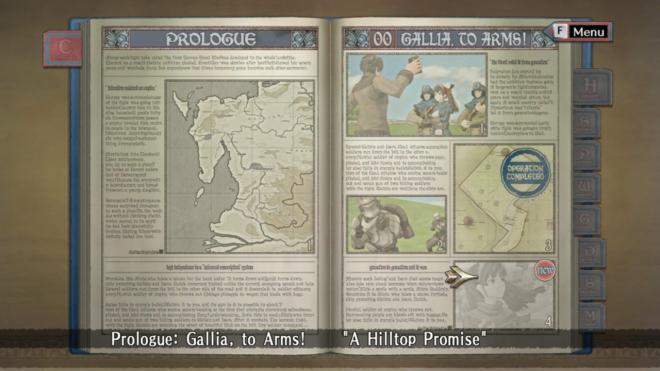 Beyond the visual upgrade, the PC port adds in the DLC chapters from the original version, which become accessible after a certain point in the game. These extra chapters are pretty difficult and add some additional story bits (without feeling like the extra content is needed to enjoy the game), so the content adds a goodly amount of gameplay value that owners of the PlayStation 3 version had to plunk down extra cash for. 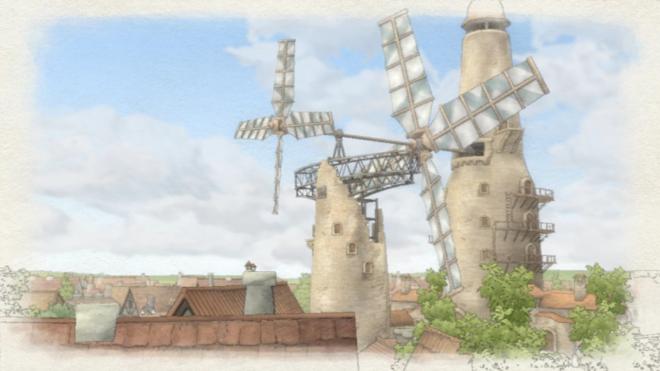 It's surprising how well 'Valkyria Chronicles' has aged over the years. Everything from the gameplay and the story, to the graphics and the sound, makes the game a joy to play through. Sega made the right choice in porting this formerly PlayStation 3 exclusive title to Steam, as now an even wider audience than ever before is able to enjoy what is bound to be a classic title.