The Game Itself
3 Stars
The Video: Sizing Up the Picture
3.5 Stars
The Audio: Rating the Sound
4.5 Stars
Replay Factor
2 Stars
Bottom Line
Recommended

'Never Alone' ('Kisima Ingitchuna') is a puzzle platformer released by newer studio E-Line Media. It has the distinction of being probably the first game ever about the Iñupiat, a dwindling indigenous Alaskan population. The plot is straight from the oral history of the Iñupiat and told in real time by one of their storytellers. During development, E-Line worked closely with the Cook Inlet Tribal Council, a non-profit that assists with the preservation of the culture of the Iñupiat and other Alaskan tribes, collectively referred to as "The People".

'Never Alone' is the story of Nuna, a young girl who sets out by herself to discover why her village is beset with endless blizzards. Upon her return, she learns that the entire village has been destroyed and its people evicted by an evil man. She then goes on another quest, this time accompanied by an arctic fox, to find her people. On the way she meets mystical creatures like the Little People, and Owl Man, as well as myriad spirits and ghosts. Fox can be controlled locally with a second controller, or control can be switched between the two in single-player. Each character has unique abilities to solve puzzles and keep the pair moving forward through the dangerous Arctic environment. Nuna can manipulate objects like ladders and boxes, while Fox is more athletic and can scrabble up slippery walls. 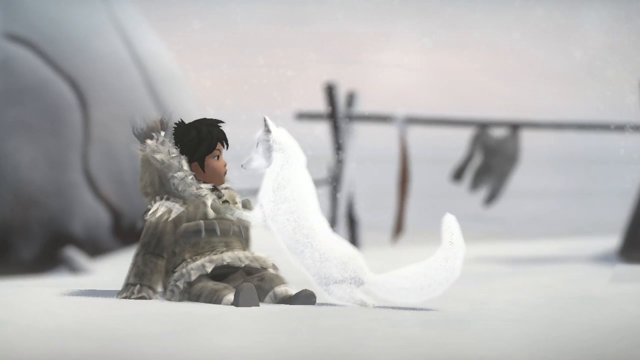 Throughout the short playthrough of 'Never Alone', videos can be unlocked by finding owls, the game’s collectible. These videos are shot in a documentary format and feature interviews with Iñupiat historians, fishermen, hunters, and elders. They also have stunning footage of the stark Alaskan north. Each video is only a few minutes long, but they’re so fascinating that it is easy to tolerate breaks from the gameplay to watch them. They fit organically into the storyline and discuss both the folklore of The People and their day-to-day lives. 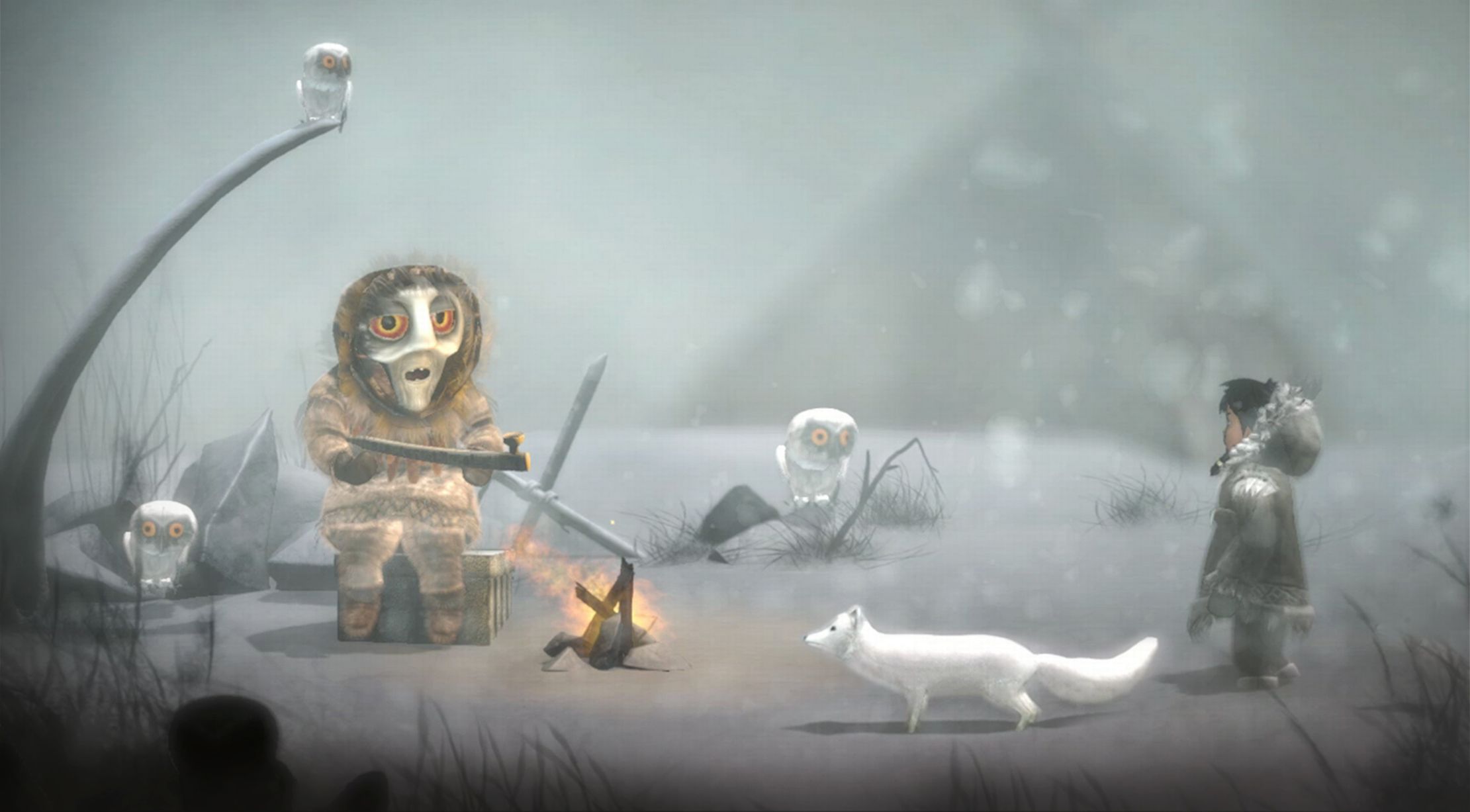 'Never Alone' succeeds as a cultural multimedia experience, but as a video game it is missing some crucial components. The controls and AI conspire with one another to overthrow the player. Moving around is too "sticky" - Nuna and Fox tend to grab onto things they shouldn’t, or require several presses on the jump button to actually jump. The AI pathfinding is frustrating, even maddening. While controlling one character, the other one will jump into a bottomless pit willy-nilly, causing a game over. Sometimes one character will need to stay put to open a passageway up for another. I would move Fox over, switch to Nuna, and watch as Fox abandoned his post and let Nuna fall to her death. Then he would lie down and whimper in complete innocence. This game is best played locally with a partner, which shouldn’t be asking too much of that person because a typical playthrough is about three hours. 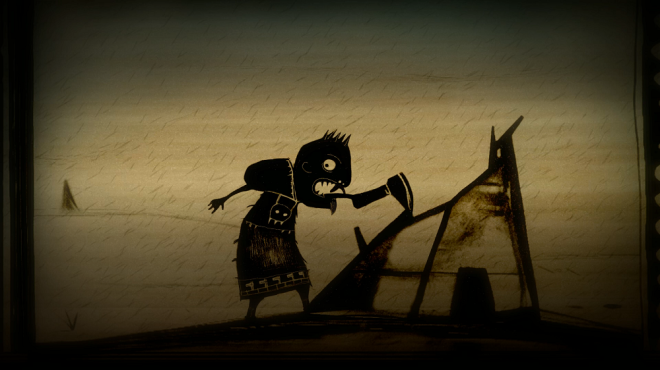 The art design reflects the harsh Alaskan wilderness. Everything is white - even in darkness, the snow is impossible to ignore. A woolly black vignette fills the edges of the screen, possibly to represent a heavy hood obscuring peripheral vision. The camera is a problem. It frequently doesn’t zoom out far enough when the characters need to separate, making it more difficult to solve puzzles. Outside of the actual gameplay the video is wonderful, such as the clear, high-def documentary videos and the animated scrimshaw storyboards. 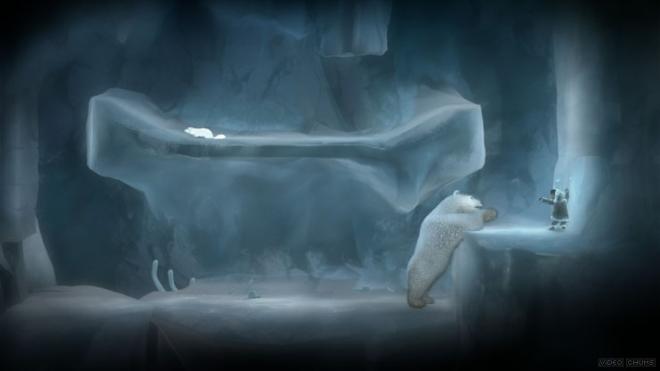 The narrator frequently steals the show. All of his lines are in his native language and are therefore subtitled, but even in a different language, it is clear that this is a story he has been telling for a long time. The music is all Iñupiat and is heavy on the drums. During the darker sections, the sound of the wind and wildlife helped to immerse me in the feeling of isolation that defines the tundra. 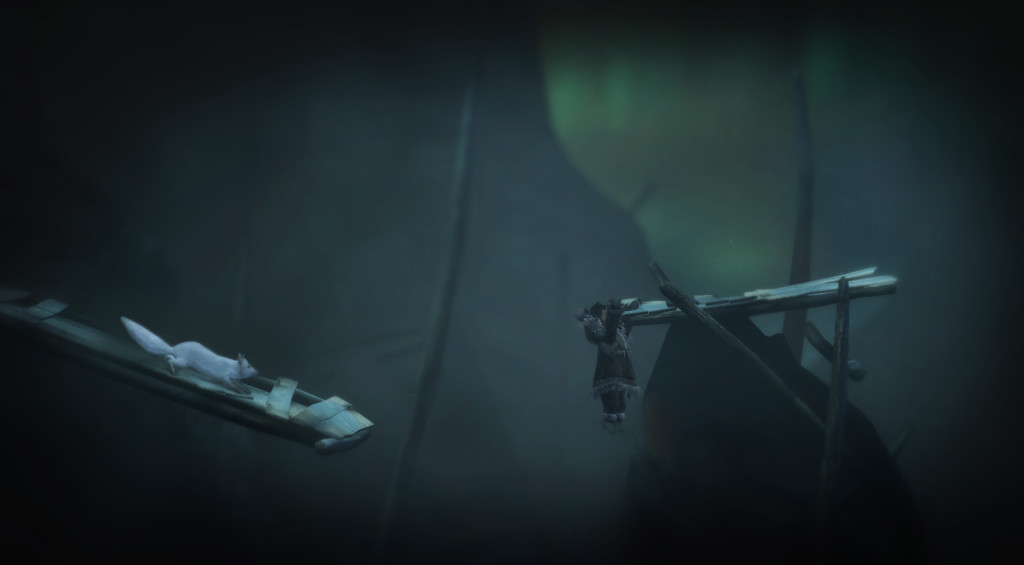 Once I’d solved all of the game’s puzzles, there was little reason to return gameplay wise. There are only a few owls that are found outside of the critical path, and they’re not hidden. The best "replay" is really the videos, which can be accessed from the main menu at any time. 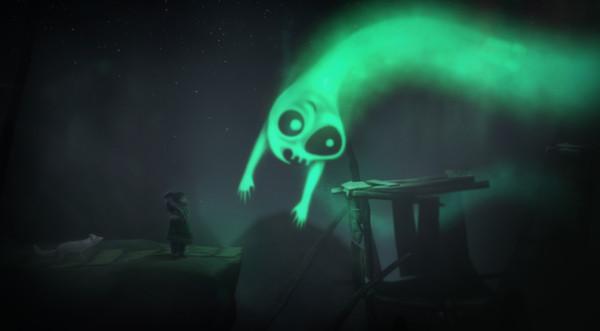 'Never Alone' is a beautiful experience. Its somber story is masterfully expressed, but not by its gameplay. As a platformer it is subpar, and yet I am still telling people to play it. Despite its tiny length and substantial flaws, it has a soul, something that is sorely lacking in many of the games we play.