The Game Itself
1.5 Stars
The Video: Sizing Up the Picture
3.5 Stars
The Audio: Rating the Sound
4 Stars
Replay Factor
2.5 Stars
Bottom Line
Skip It

Destiny Expansion I: The Dark Below

Xbox One version reviewed. As an expansion pack, 'The Dark Below' requires the base 'Destiny' game to play. PS4 impressions can be found here.

'Destiny's' first DLC is 'The Dark Below', a Hive-focused add-on that takes place mostly on the Moon. 'Destiny' has not had any significant content added since its release in early September (I do not consider the Iron Banner or Queen’s Wrath event to be significant in any way), and the game itself, despite selling huge amounts of copies, had a lukewarm reception. Bungie has been making changes to game mechanics, many of them in response to the vocal player community. 'The Dark Below' promised even more changes in addition to its new content.

'The Dark Below' adds a new vendor, items, several missions, two strikes, three Crucible maps, and a raid. The vendor is Eris, a broken Guardian who faced a Hive god and survived, at the cost of her entire team and perhaps her sanity. She sells a few vanity things for glimmer and some upgrade items but nothing of any real use. She is the jumping-off point for all of the new missions, which are done in the form of bounties that go through her. Like previous vendors, she has a reputation system that dictates which items can be purchased from her. She offers side bounties that reward Guardians with reputation boosts and experience. 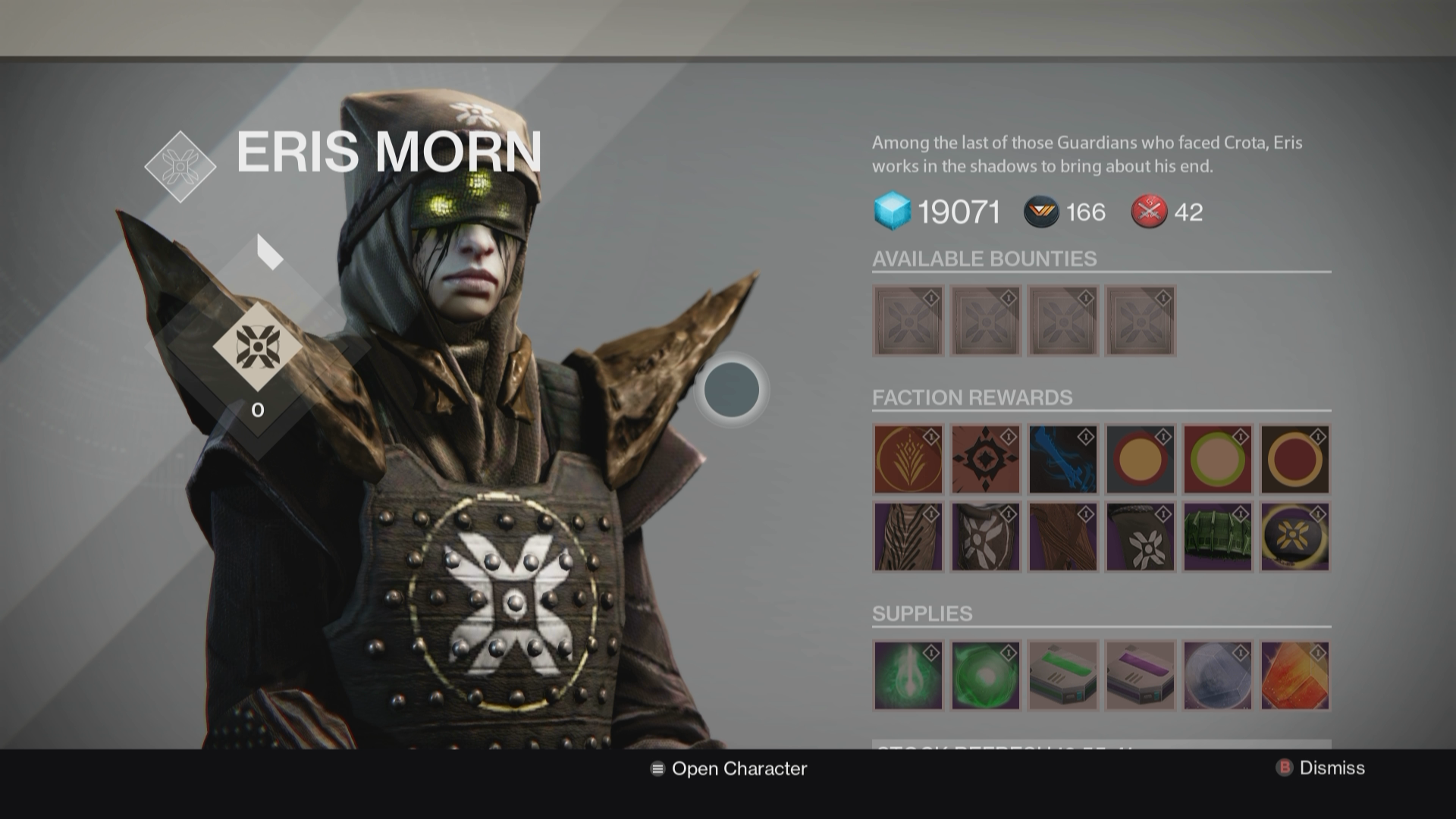 The storyline of 'The Dark Below' concerns itself with the ascension of Crota, a Hive leader who is being resurrected in the bowels of the Moon. I followed Erin’s instructions through the missions and pursued Crota’s lieutenant, Omnigul, while she threw heaps of Hive infantry at me. The storyline is almost identical in quality to the base game. The writing is weak, there is no appeal to become invested in the story, and the enemies are silent bogeymen whose motives are never discussed beyond "kill all people". At least Eris is a bit less melodramatic than earlier characters, even if she feels kind of weird and unbelievable. The missions are typical Destiny fare in that they retread previous maps, drop players into a room where they kill enemies, and repeat. New enemy types are sparse, and this is the same Hive we’ve been fighting since September. All of the missions can be completed in less than an hour total. The strike is mildly better, being a bit more challenging than many from the base game, but still just more of the same. The three new multiplayer maps are also not inspired, although the Cauldron forces players into close range for fast-paced, vicious fights and is a welcome respite from snipers. 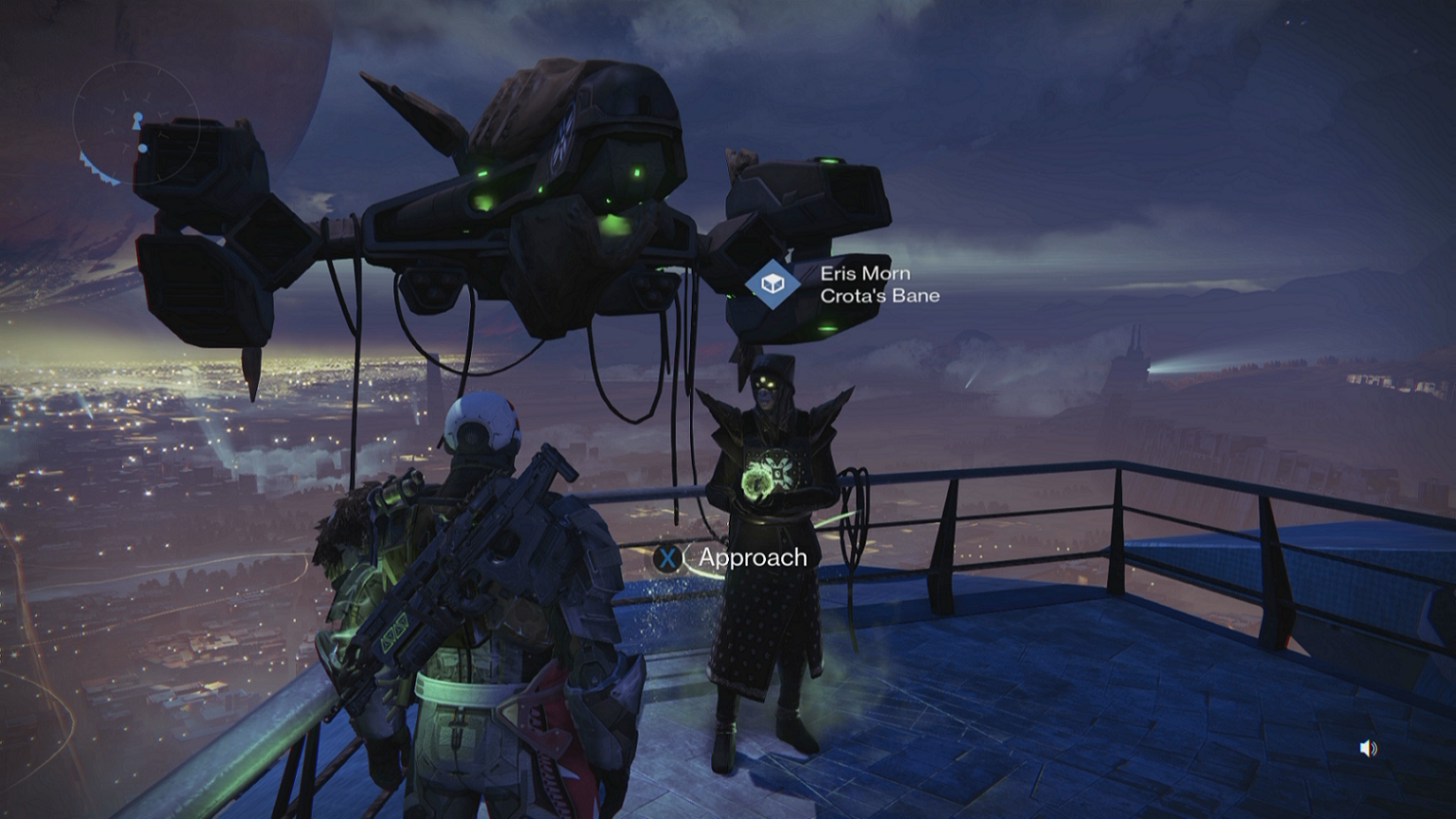 The only fun piece of new content is the raid, Crota’s End. It is available from level 30 and focuses less on the experimental platforming and other weird bits from the Vault of Glass and more on requiring players to frequently swap out different abilities and weapons. Just like the other raid it is not without its frustrating bugs and problems, but it is more than just the endless shooting of 'Destiny'. I particularly enjoyed the possibility for close combat because as a Titan, this is generally a playstyle that is not viable in much of the endgame content (the “Lightswitch” modifier, I’m looking at you). Raid matchmaking is still not a thing, so if you don’t happen to have 5 friends who all want to play it at the same time as you, you’ll have to rely on third-party websites to find a fireteam. 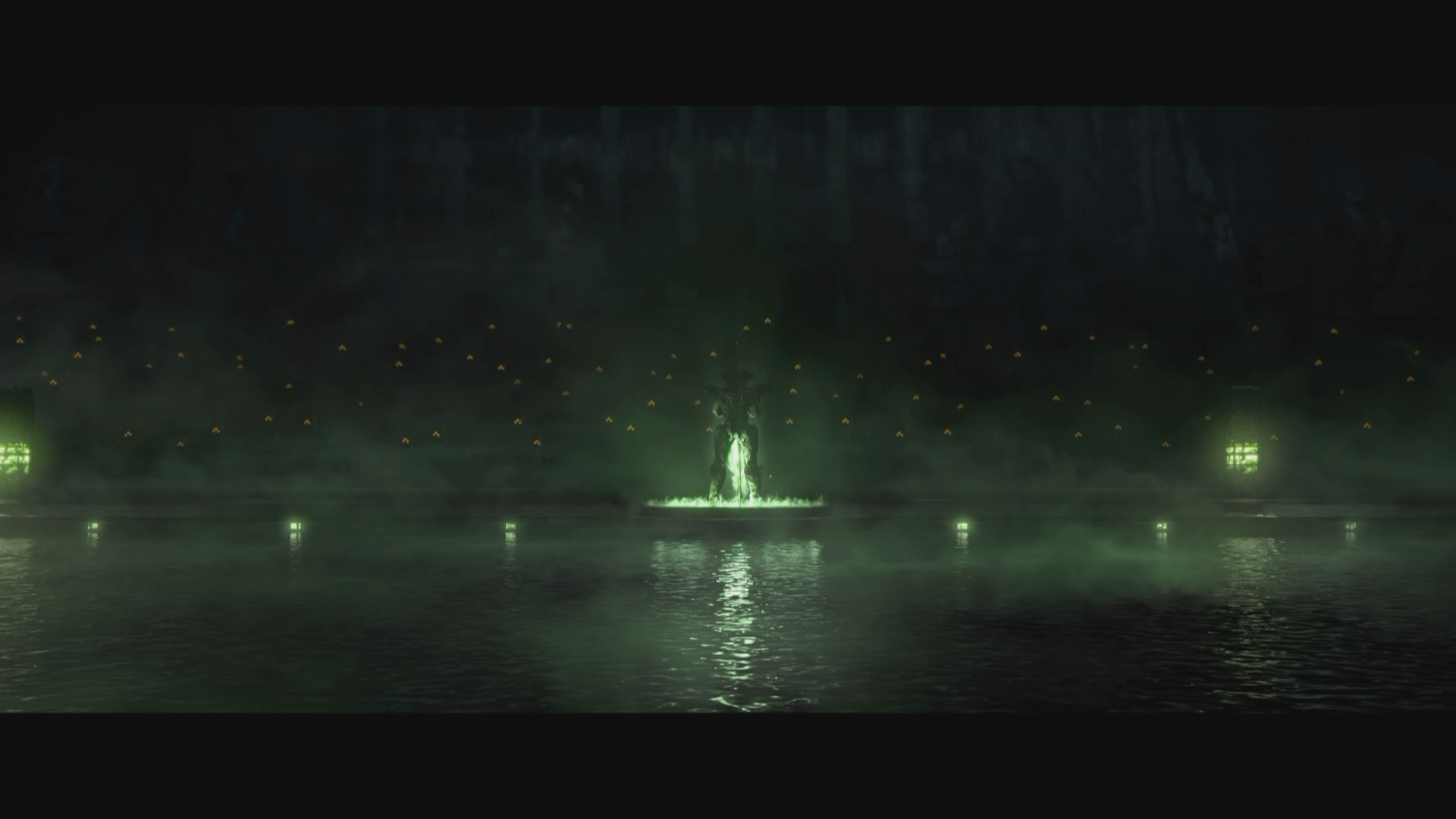 As if the watery content weren’t enough for $20, the complete overhaul of high-level loot is just wrong. Old exotics now have to be rebuilt from the ground up in order to be better than the new legendary items that can be simply purchased from vendors. This not only requires drops of extremely rare new crafting items, but each one has to be upgraded by Xur. Xur is a special vendor that’s only around for 48 hours each week. To add insult upon injury, he can’t upgrade all exotics - only a few each week. The old legendary raid gear, difficult to obtain, is now completely eclipsed by the purchasable legendaries. Basically, all of the time I spent grinding for gear in 'Destiny', especially in that brutal raid, has been trumped. Bungie wants more grinding, I suppose. 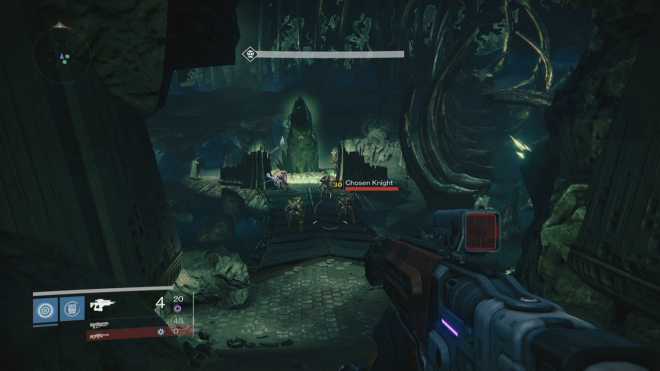 There haven’t been any graphical overhauls for the first DLC. There is a new Wizard model and some other little bits and bobs, like a short and shallow FMV video to introduce the new content. The new weapons, however, look and sound very well, and present  something of an alien quality. The new armor is hit or miss in terms of looks. 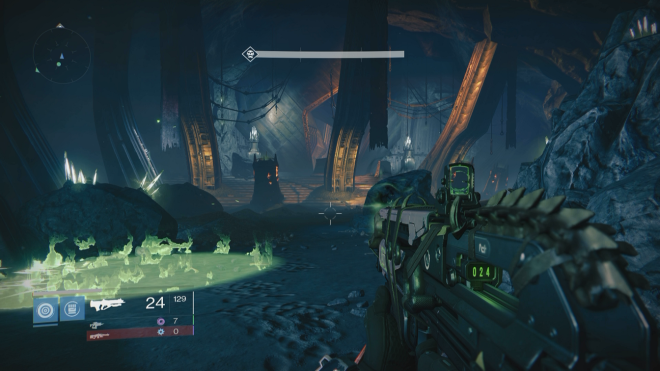 Erin is the only new voiced character of note, as all of the Hive creatures just kind of scream and growl. Her voice acting is average, but mercifully better than some characters in the original, like the Exo Stranger and Dinklebot. The missions, strike, and raid have new music and sound effects, and they impart a creepy, dark, carnival-like effect.

This is 'Destiny' and so any player worth their salt will be grinding. Daily missions, public events, bounties, weekly strikes, Xur, ad nauseum. If the shooting wasn’t so sweet, the game wouldn’t really hold my attention at all, and 'The Dark Below' perfectly represents the qualities of its parent. 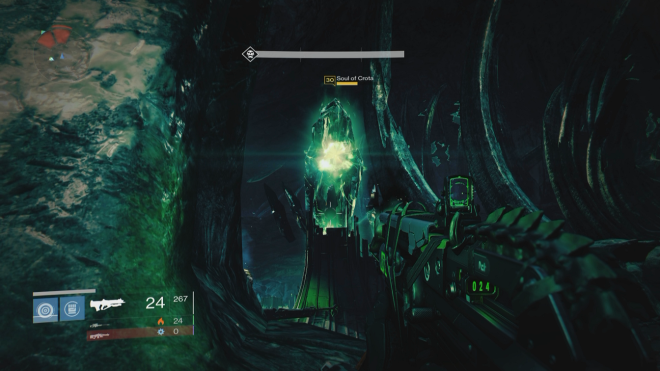 $20 is quite a bit for DLC. That’s what 'The Dark Below' is. It is not an expansion. Not only does it seem to punish players, especially the ones who have played the most, but it adds little to the weary 'Destiny' formula. Other little design decisions crop up constantly. The weekly and nightfall strikes were unavailable for the first week to people who hadn’t purchased the DLC. The first Crota mission couldn’t be repeated (although update 1.1.0.2 has since fixed this). The Xbox version is missing one strike until 2015, a result of a paid exclusivity deal. No new achievements have been added. So on and so forth. Even after three months of back-and-forth with the community, Bungie is still 'Destiny’s' worst enemy.