'DmC Devil May Cry: Definitive Edition' is the latest in the very popular (at least with publishers) trend of bringing PS3/360 era games to the PS4 and 360. This two year old game arrives on the PS4 and Xbox One with a number of promised enhancements that range from the technical (1080p at 60fps) to the nuanced options like the turbo modifier or the manual lock-on to the more content focused included DLC and (gasp) new all-new content.

Though it's been more than two years since 'DmC: Devil May Cry' was unleashed on the 360, PS3, and PC, the world is closing in on almost five years since Capcom announced that both 'Devil May Cry' and the series' star, Dante, would be getting a reboot/redesign/alt universe. Developed by Ninja Theory, the game and its new Dante & Co. were clearly intended to attract a new audience and a new generation of fans. That polarizing result of a game has returned, and much like its fellow re-releases and new-gen ports, the core experience remains intact. It's so perfectly intact that it's highly unlikely to convert anyone who played through the original release and was left with a sour taste. 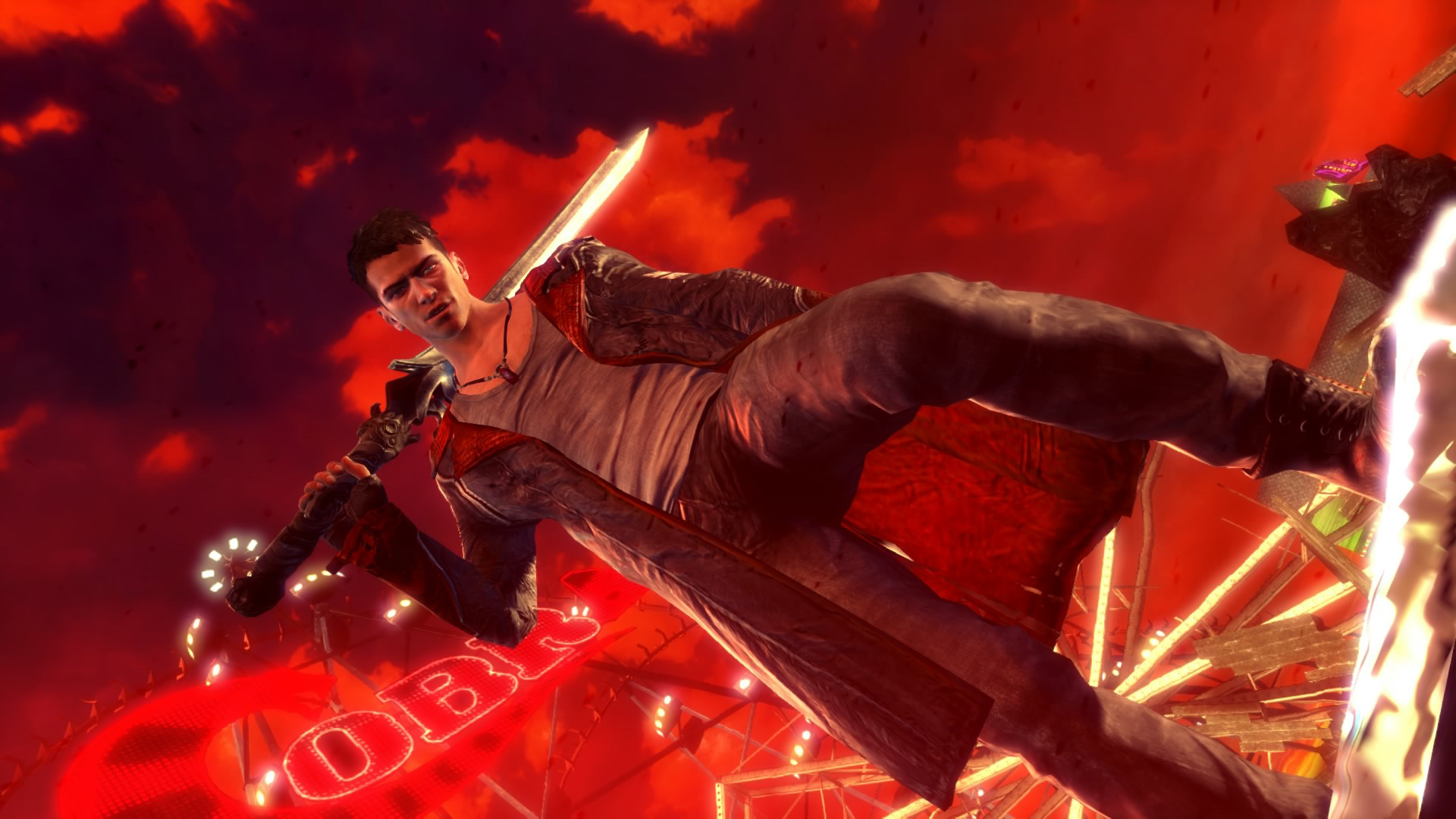 Almost everything that 'DmC: Devil May Cry' was in its original PS3 outing has been retained. That means a game with a great combat, good-to-great visuals, decent boss fights, high production value, an uneven but entertaining story, and an odd edifice of platforming that seems lifted straight out of any number of other games. What's missing from the PS3 is the unsteady performance (more on that later). Of course, while the PS3 'DmC' had little to no shot at enthralling hardcore 'Devil May Cry' fans, this new 'DmC' has a fighting chance. More importantly, by adding in all of the existing DLC, some new content, and the PC mod inspired modifiers, Capcom's got a (decently priced) package that frankly, makes more sense to me than replaying 'Tomb Raider' or 'GTAV' on PS4.

And why not? Capcom might not have been swift in getting their older games on the PS4, but the publisher/developer knows a thing or two about making a game 'Super,' 'Turbo,' or 'Ultra,' and in turn, recalling the original version's biggest fans. 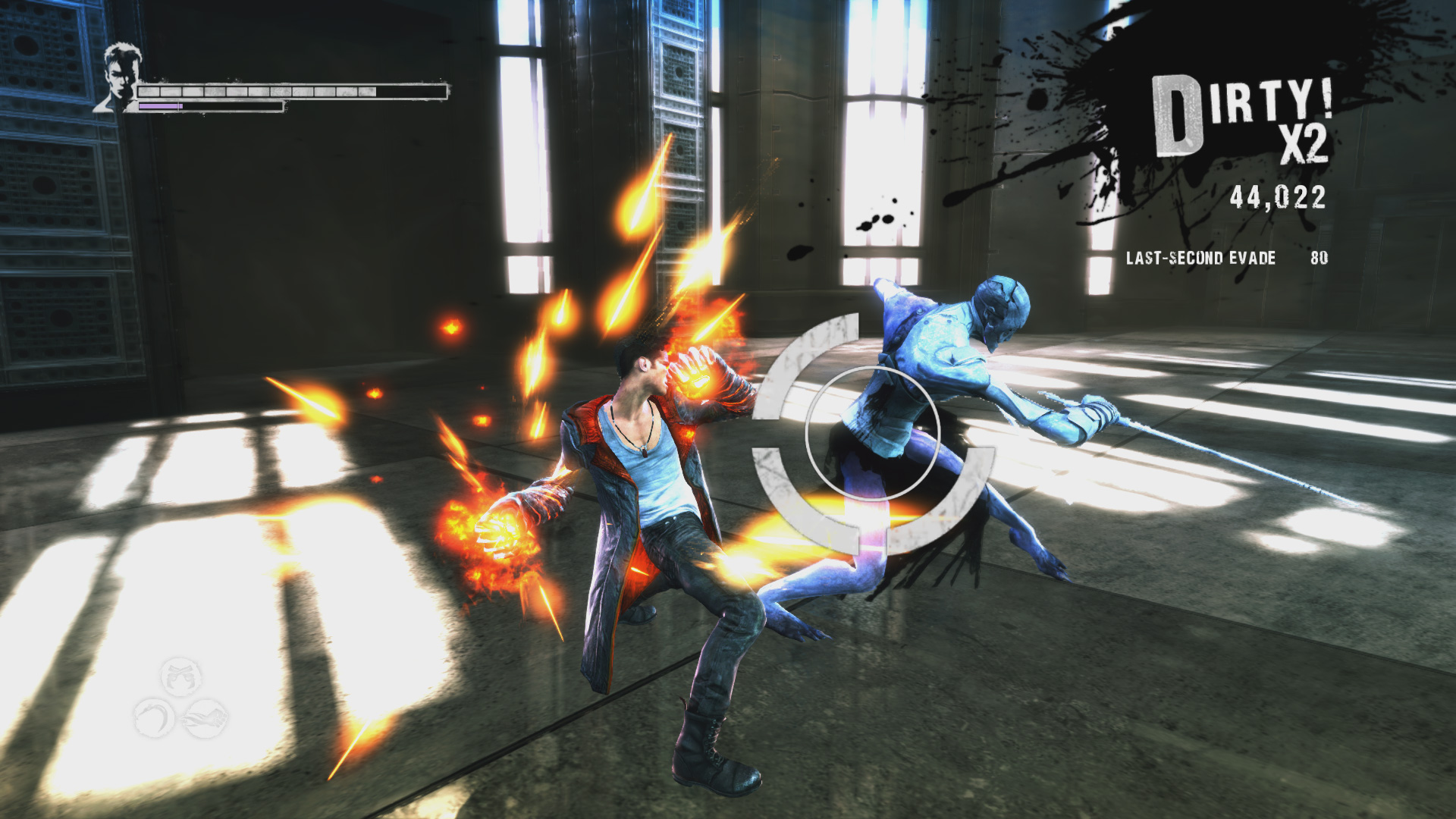 One issue for 'DmC' that has been carried over, however, involves the locked difficulty levels. Those looking for a serious challenge, or just wanting to jump right into either the Bloody Palace or the all-new Virgil's Bloody Palace, will instead be tasked with beating the game on either Human, Devil Hunter, or Nephilim. Subsequent difficulty levels, including the new Gods Must Die, must then be unlocked one-by-one (for the most part). Talk about archaic… Fortunately, with the 'Definitive Edition' it's easy to break up this orderly quest.

The two things that I found most intriguing about this release, Turbo mode and Hardcore mode, are available right away, and both can be combined with any difficulty level. These modifiers alone would make for a decent 'DmC' remix addition. As I said before, it's not a different game, but the changes are welcome. Turbo is addictive fun, and adding in Hardcore mode does bring to mind a vintage 'Devil May Cry' feel. (Including the part where it's harder to Style.) The Dante costumes are a fun nod as well. 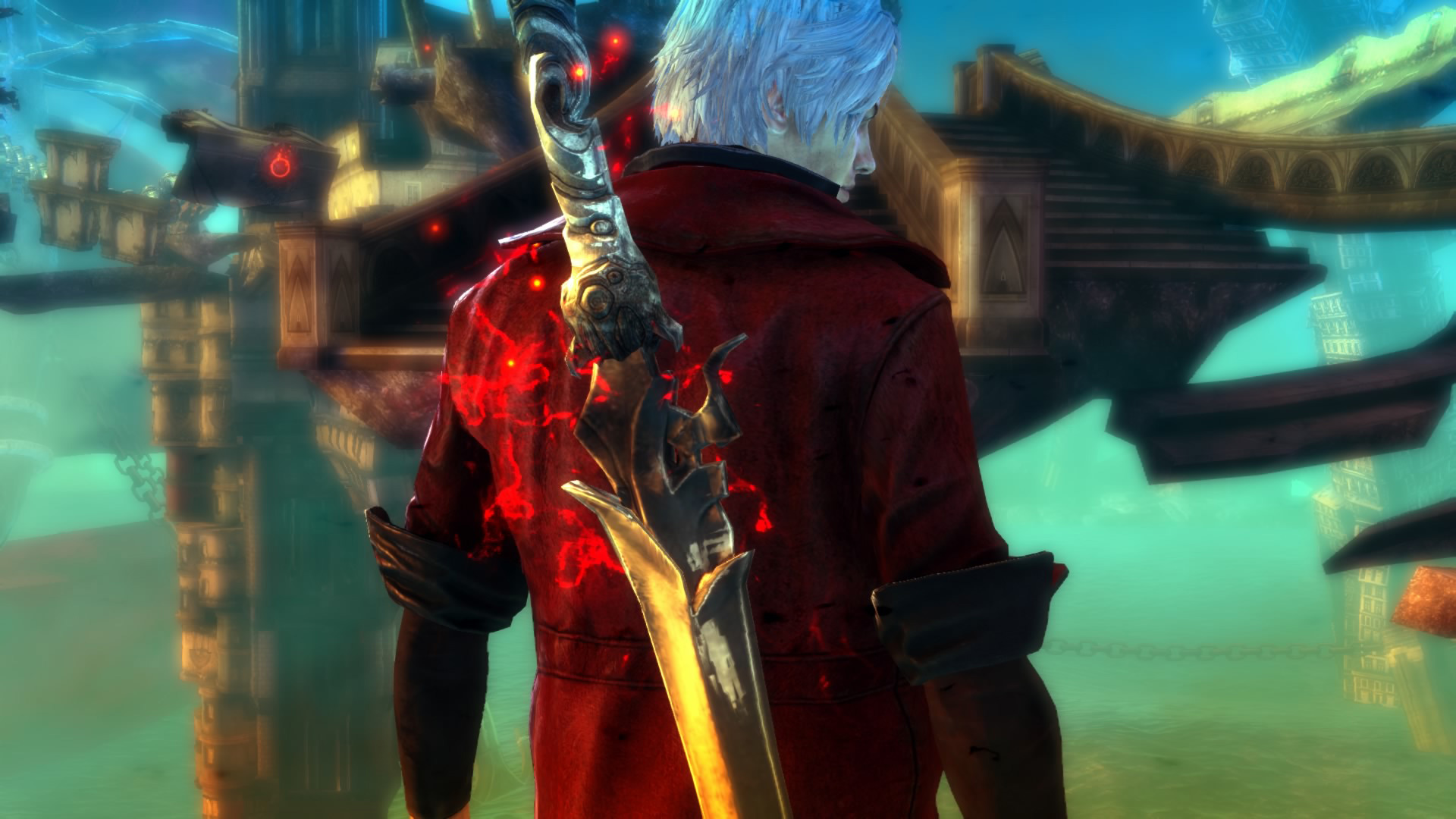 I would imagine a lot of PS3 owners picked up 'DmC' at some point or another, but may not have ever gone on to take the reins of Vergil. That omission cannot only be rectified here, but getting good with Vergil (even with his platforming) really pays off with the new Bloody Palace.

One last note. This re-release may be well timed. There are no cutscene QTE's, and there isn't any kind of open world fluff (not even 'No More Heroes' style). Action game design hasn't leapt forward in the past two years, and not unlike returning to a game like 'Metal Gear Solid: Revengeance,' 'DmC' feels like a nice respite from the various current open world, generic quest, resourcing gathering heavy crop of AAA games. 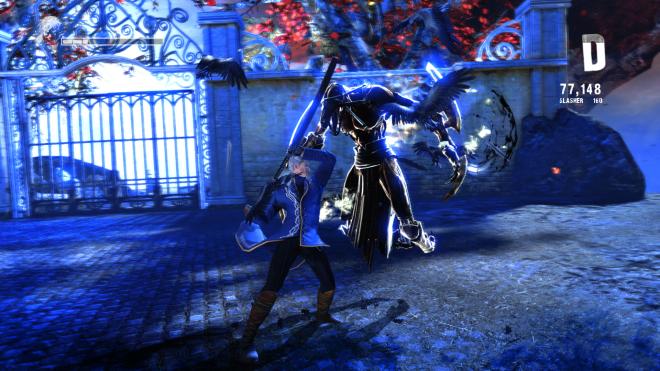 Ah here we go. I'm giving top marks to a game that at first glance looks not all that dissimilar to the PS3 version. Well, when you take a PC port of a PS3/360 game and move it over the PS4, give it a blazing framerate at a high resolution, some much appreciated anti-aliasing, improved shadow depth, banding, and remove the hitching, the PS4 version winds up looking not like a native PS4 game, but a PS3 game where the extra hp went to fixing what needed to be fixed. There are still some issues like the occasional gotcha! pop-in that ought to have been fixed, but really, this a PS4 port with definite technical improvements across the board. The PS3 version is attractive in its own right, but going back makes my TV sad. 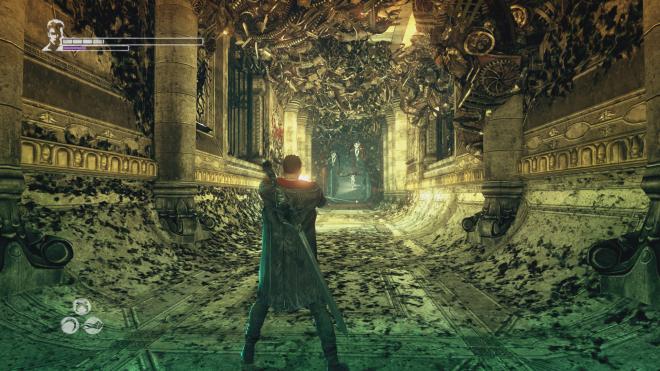 Nothing wrong here. It's the same voice actors making the most of otherwise forgettable dialog. The soundtrack remains charming in its way. (Going back does not make my receiver sad.)

There's a lot to explore for new players, or for a players that may have only briefly played the original. Those that have already poured through the original game and its DLC will find new life, and can use it to attack the leaderboards. Capcom may have missed an opportunity to make the Bloody Palace have something like a co-op or versus scoring mode, but the single player focus is respectable considering the overall amount of varied content. 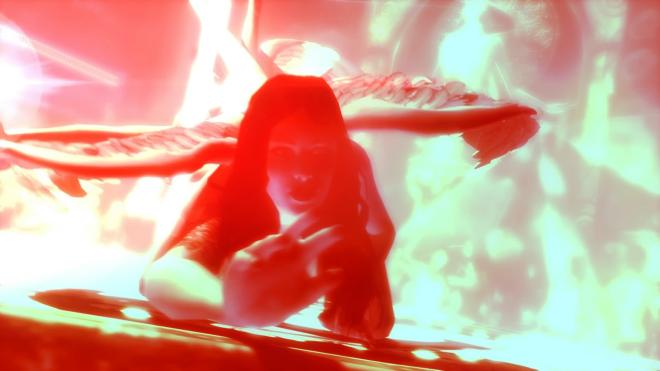 As mentioned elsewhere, the 'Definitive Edition' adds new modifiers, a new difficulty mode, Vergil's Bloody Palace, and some new costumes to the upgraded performance and full DLC package. There's no question that the game is an upgrade over the PS3 version, and a great package for new buyers. For those that own the PS3 'Ultimate Edition,' the value of this new edition is tougher to pin down. 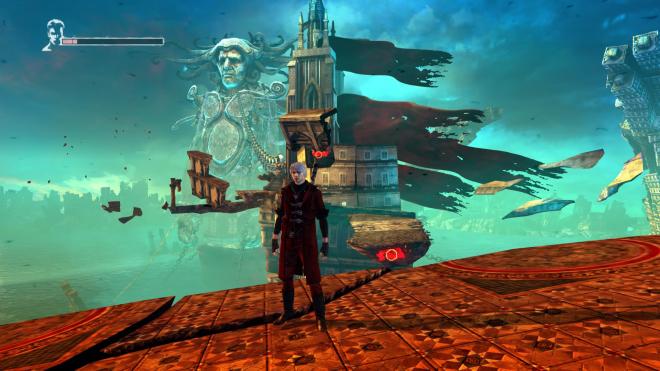 'DmC: Devil May Cry' was always destined to be the game that wasn't enough like the numbers 1,3 & 4. But with the passage of time, the new Dante and his enjoyable combat can now be considered as their own fun action set, worthy of a hardcore audience. Add in the full offering of DLC (like the playable Virgil), the impressive visual upgrade, and the new modifiers, and 'DmC Devil May Cry: Definitive Edition' is a great pick-up.