Game of Thrones: A Telltale Games Series - Iron From Ice

Telltale Games has been very busy this year. They finished up their 2013 series, 'The Wolf Among Us' and season two of 'The Walking Dead'. They have recently released the first episode of 'Tales from the Borderlands' and now comes their take on 'Game of Thrones', the popular HBO original show based on a fantasy book series by George R. R. Martin. The first episode is 'Iron From Ice'. Note that this game is unrelated to the Cyanide release from 2012.

The world of 'Game of Thrones' takes place primarily on two continents: Westeros, which resembles Britain and Western Europe (politically, if not geographically) and Essos, which is more Eastern in culture. The level of development roughly corresponds to the thirteenth or fourteenth century in real life history. For instance, crossbows are common, but gunpowder is not available. There is some magic, often in the form of undead or fantastical creatures like dragons. During the setting of the book series, the capital of Westeros is in a state of civil war with its northern provinces, with many noble families and other interested parties vying for the continental throne. In the midst of this chaos, two other forces threaten Westeros: the White Walkers, mysterious and powerful undead necromancers from the north, and Daenerys Targaryen, scion of an exiled royal family, who has consolidated a massive power base from Essos.

'Game of Thrones' is a story-based adventure game. Unlike more conventional games, movement and actions by the player are severely limited. The player takes control of a series of characters, and the primary gameplay consists of conversations and multiple-choice questions that determine (to a certain extent) the storyline of the series. The series is episodic, so choices made can influence events later. Quick-time events occur occasionally, usually during action scenes, and a fail there results in a game over and checkpoint restart. Episode 1, 'Iron From Ice', has three playable characters, and Telltale has stated that a total of five will be available throughout the six-episode season. 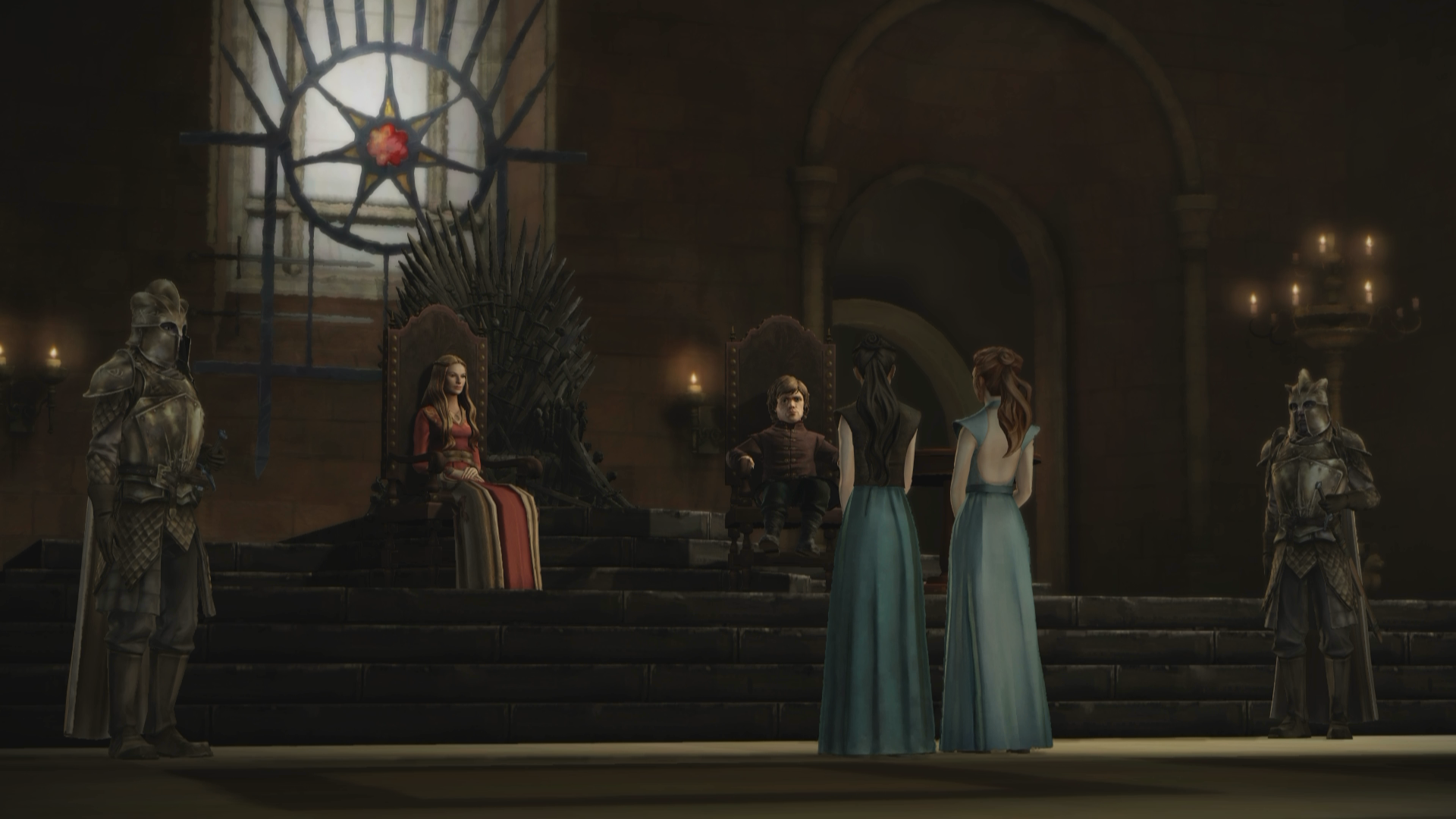 Season one follows the exploits of House Forrester, a minor noble family who was very briefly mentioned in book five of Martin’s series. The lack of canonical details about the family permits Telltale a great deal of freedom in its storytelling on a character level. Forrester is a northern house whose claim to fame is a large and lucrative forest of ironwood trees. As its name would suggest, the wood is extremely durable, and its strength and relatively light weight lend to its use in armor and shipbuilding. This gives the house a strategic and economic advantage over its rival, House Whitehill, and a level of influence in continental affairs above what a small house would normally enjoy. 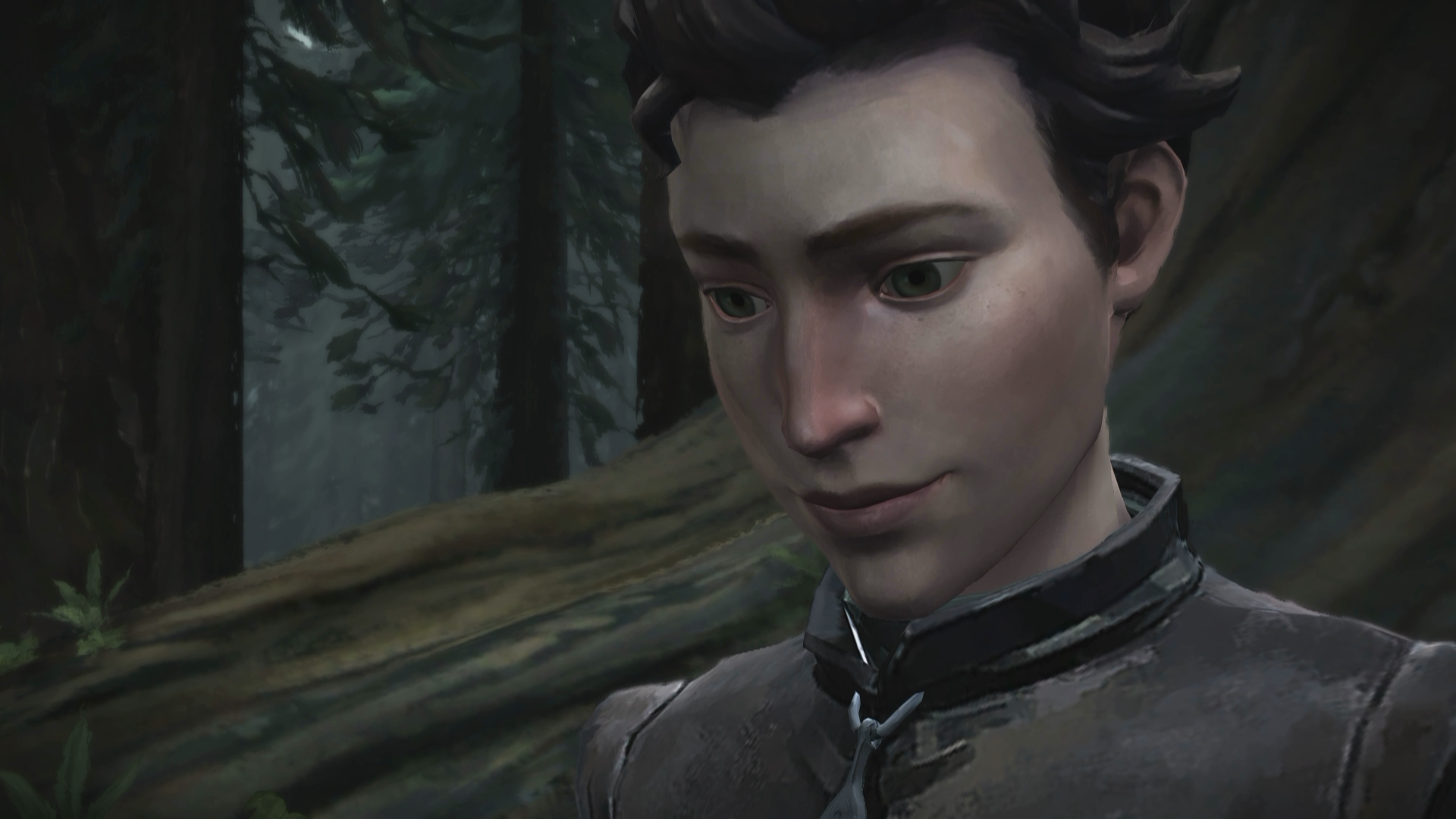 'Iron From Ice' is set at the end of the third season of HBO’s show, specifically on the night of the notorious Red Wedding. The three player characters are Gared Tuttle, squire to the house patriarch, Ethan Forrester, the house’s thirdborn son and barely a teenager, and Mira Forrester, the eldest daughter who lives in the capital and serves as a handmaiden to the King's fiancée. The perspective switches between the three fluidly throughout the episode, moving time forward as necessary to advance the story. The plot adeptly captures the bloody, dark, depressing nature of 'Game of Thrones'. Choices I made had immediate impact, sometimes drastically so. This is a series where characters are infamously short-lived, and Telltale does a good job of making me invest in characters for as long as I have with them. The plot and dialogue are well-written and the game feels much like its source material; deep and complex, but with a much smaller and more manageable cast of characters. My only complaint is that the game is a bit light on introductions to the byzantine lore of the franchise, but this is mitigated somewhat by an in-game codex to help keep players brushed up on characters. 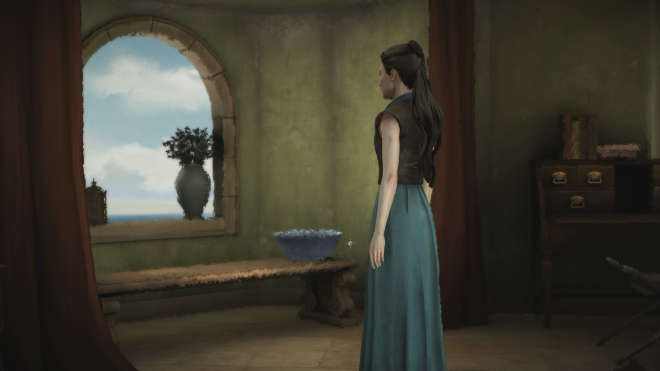 'Game of Thrones' uses a heavy stylized visual theme. All characters, textures, and environments have a brushed pastel quality intended to make them look like a moving watercolor. For the most part the effect is pretty, especially in environments with a high contrast, but it does include some weirdness. Skin sometimes looks odd, and items in the background like flame or cloth exhibit unsightly foxing at a distance. (Smaller interiors, balconies and so forth could certainly benefit from a sharper version with smaller brush strokes.) 'Iron From Ice' is mostly free of the framerate errors that have beset previous Telltale releases and chugs along smoothly, even during busy scenes.

Character animations remain the key trouble spot, especially with regards to sudden timing pops. Several characters are modeled after the TV's actors and actresses with varying degrees of pleasant/creepiness. 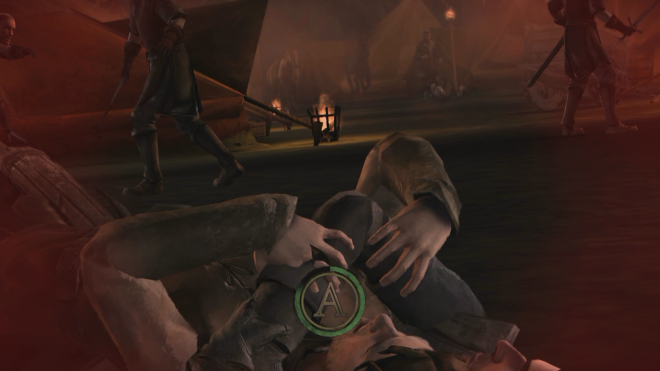 HBO’s production value has carried over into the game, from the distinctive opening montage, theme music, and even the voice actors. Four characters from the show appear in this episode and all are voiced by their live-action actors. Other characters are portrayed very well, particularly main characters Ethan and Mira Forrester. Unlike the video, there is some stuttering in the audio tracks. Characters will sometimes repeat a line, or lip syncing won’t match up. 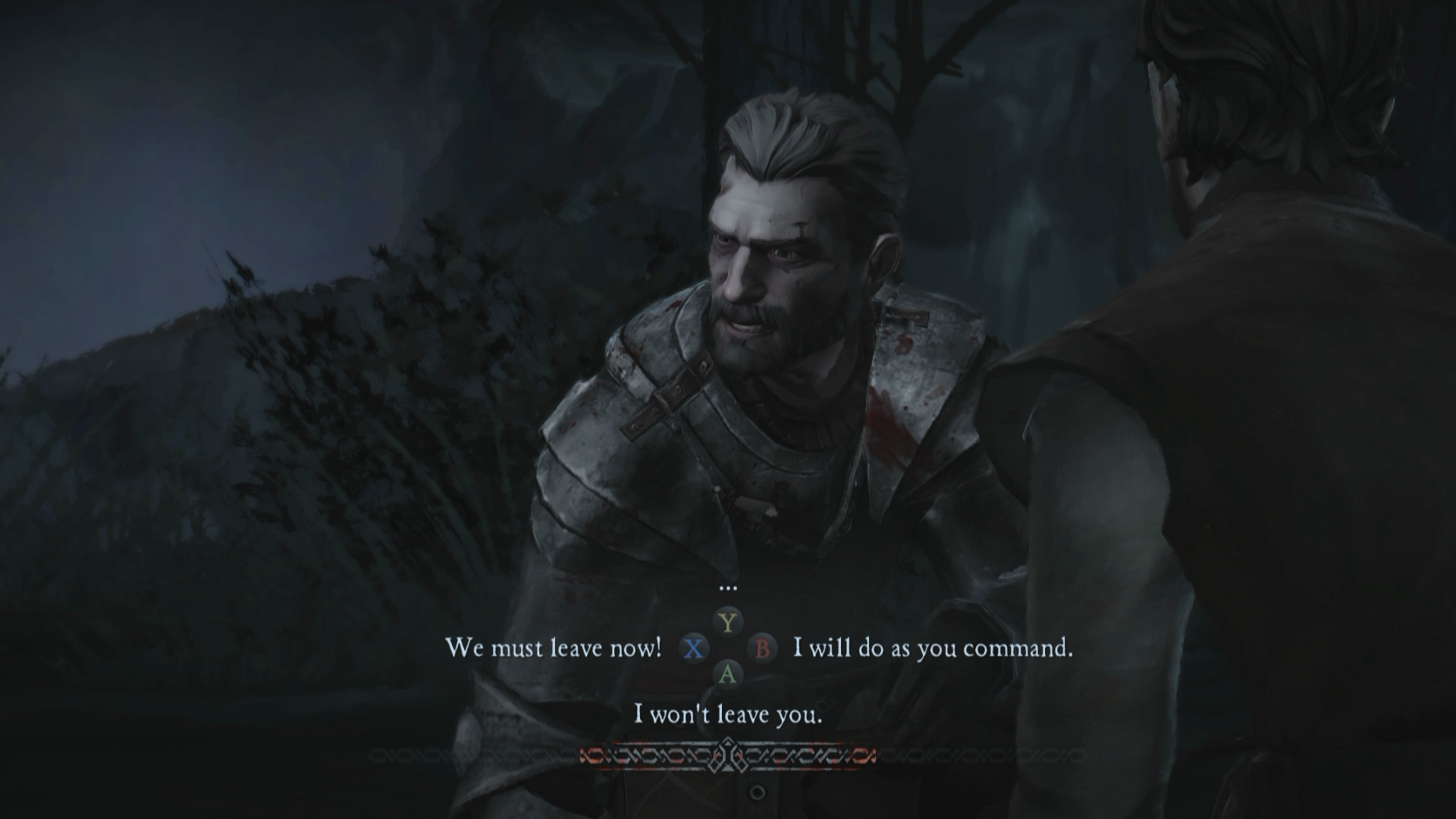 The nature of an adventure game makes the replay value quite low. Any curiosity I had about story decisions I didn’t make was quelled by my desire to commit to the choices I did make and create my own story (within the bounds of Telltale’s overall narrative). An unfortunate omission is the post-episode statistics screen, where my major choices were compared to those of other players. Instead, the game directed me to Telltale’s website to learn more. (It appears that Telltale account and login will be important going forward.) 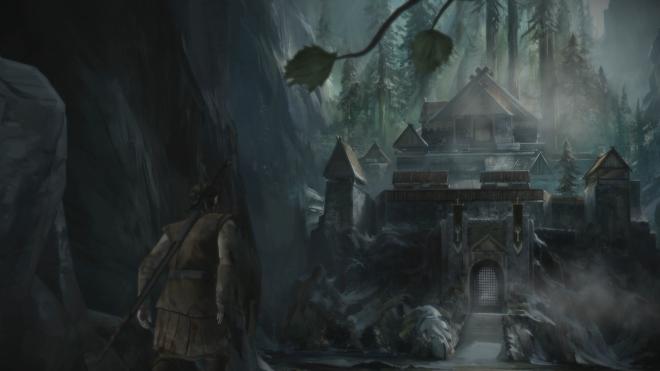 Telltale improves their formula with every release they produce and I am very optimistic about 'Game of Thrones'. 'Iron From Ice' is an excellent first episode and skillfully channels its source material while preserving the charm and personality of an adventure game. The lore is very complicated and perhaps intimidating to newcomers, but this is among the best opening episodes of an adventure game in recent years.