Xbox One
For Fans Only
3.5 stars The Game Itself
3.5 Stars
The Video: Sizing Up the Picture
4 Stars
The Audio: Rating the Sound
4 Stars
Replay Factor
3 Stars
Bottom Line
For Fans Only

Middle-Earth: Shadow of Mordor - Lord of the Hunt

Digital version reviewed for Xbox One. Being DLC, 'Lord of the Hunt' requires the base game, 'Middle-Earth: Shadow of Mordor' to play.

'Lord of the Hunt' is the first substantial DLC for 'Middle-earth: Shadow of Mordor'. Mordor released in September and was quite well-received, but until now DLC has consisted of only runes, skins, and other small items. 'Lord of the Hunt' is a new, monster-themed campaign with its own missions, creatures, runes, and more.

'Lord of the Hunt' is not an add-on or continuation of the base game of 'Mordor' so much as a side adventure. Starting the DLC begins a new campaign, complete with a new Nemesis matrix and zero runes for Talion’s weapons. Only my level upgrades and abilities were carried over, so at least I didn’t have to start from scratch. Content from the DLC is not accessible in the main campaign, so any runes or abilities I earned stayed within the side campaign. 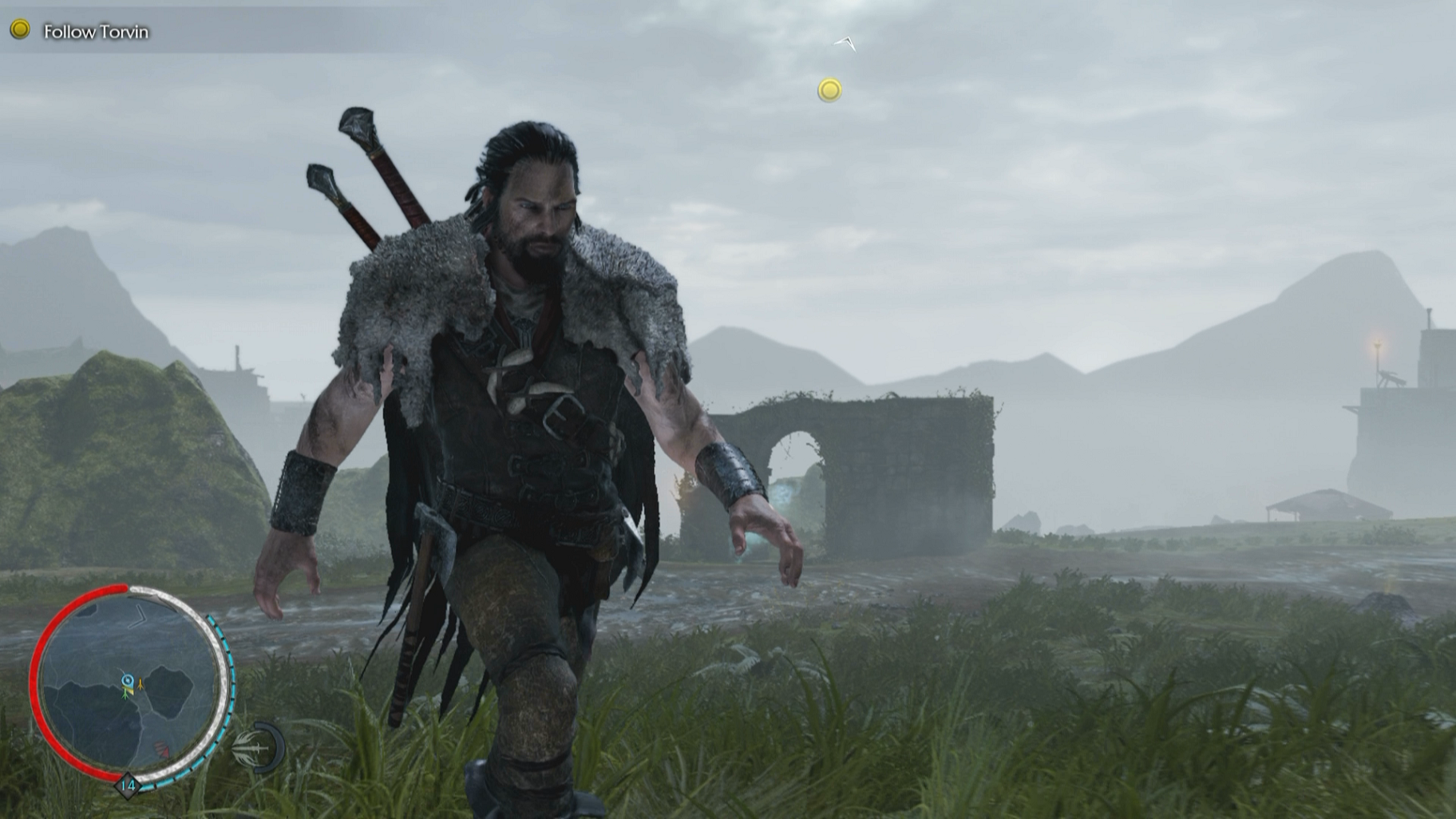 The storyline has no real impact on the history of Mordor or Talion’s journey from the main game. At the beginning of the new campaign, he is approached by dwarven huntsman Torvin to help take down five warchiefs who have popped up in the Dark Lord’s army. These warchiefs are beastmasters - uruk who have an affinity for or a strength against creatures and monsters. Some of them can quickly kill monsters, making their use risky (which seems a bit counterintuitive, considering the theme of this pack). Others use monsters themselves, including as mounts. 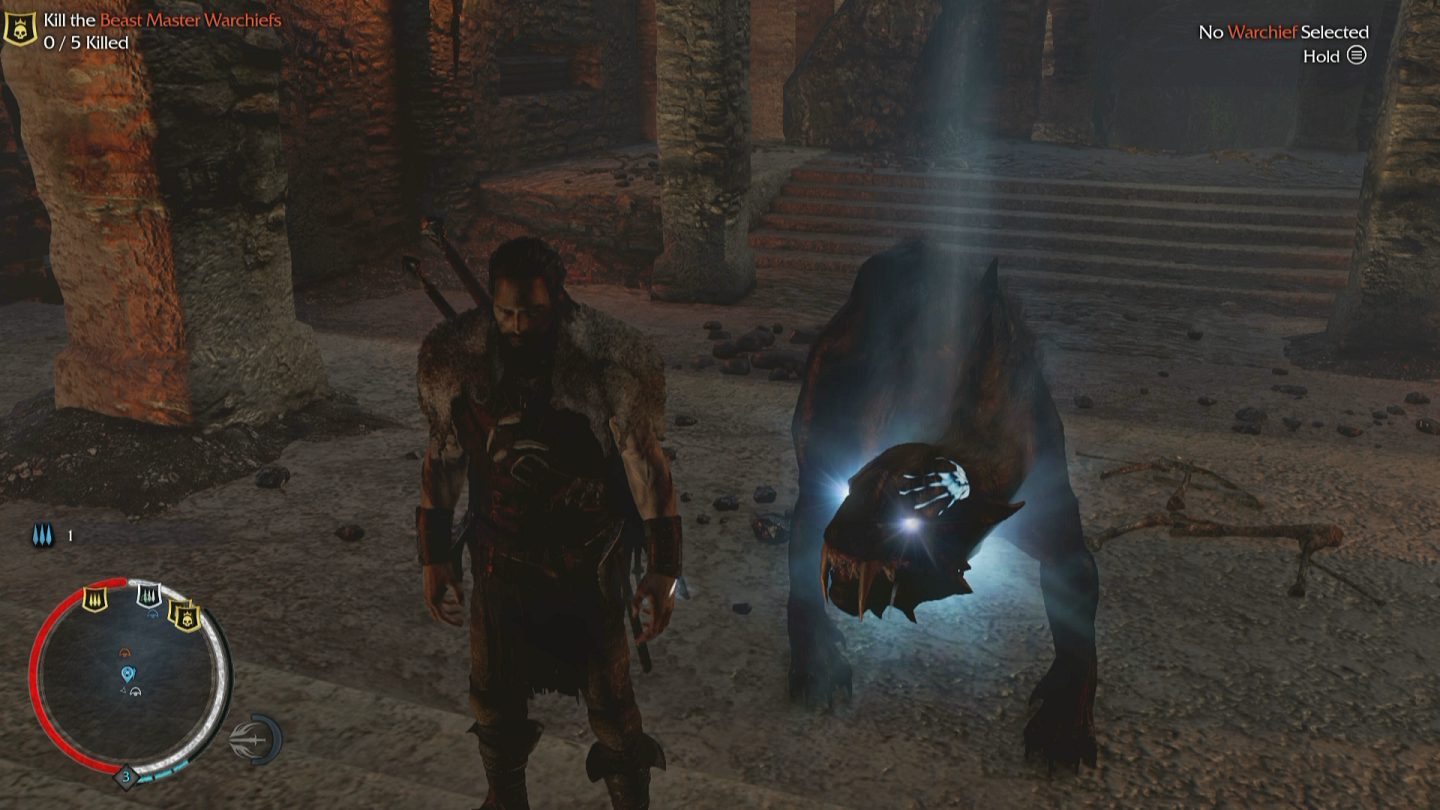 Two new monsters appear in the DLC. The wretched graug is a projectile-based mount that can dispatch enemies from afar. The caragath is a lighter, sleeker version of the standard caragor that can, even while mounted, slink around and dispose of enemies silently. The wretched graug is a bit awkward to use because of a slow control scheme, but the caragath is a treat. It has responsive controls and all of the power of the standard caragor, plus the flexibility of stealth. It is a little light in the health department, but silent kills replenish its hit points. In addition to these two, Talion can now take control of all ghuls. Sadly, Talion still cannot directly command any dominated creature when he is not riding it, except for "attack anything nearby" and "die".

The new abilities, warchiefs, and creatures are meted out through the story missions. This is a quick process, as burning through the missions takes just a few hours. Of course, as this is 'Shadow of Mordor', I often became sidetracked by the open world, playing around with the Nemesis system and meddling in the affairs of the uruk army. There are several new beast-themed runes that are extremely fun to use, and it is perhaps the worst part of this DLC that none of the content carries over to the main campaign or any of the challenge modes (except of course the 'Lord of the Hunt' challenge mode, "Test of the Wild", which is good fun). The warchiefs are mildly more challenging than their vanilla brethren, but on the whole this DLC doesn’t escalate the difficulty level. 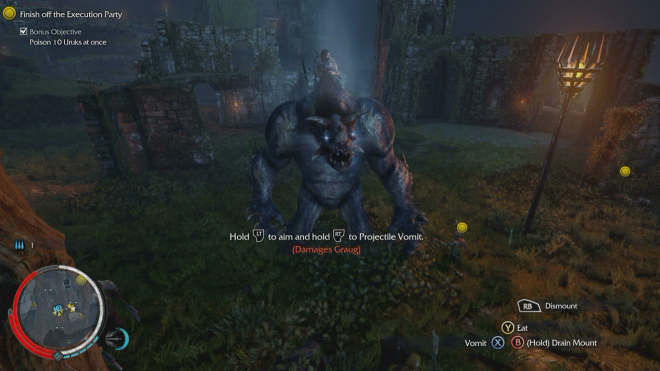 No visual upgrades have been added over what was included for 'Shadow of Mordor'. Talion’s new skin just makes him look like an old man, but the other models look better, including the wretched graug, caragath, and some of the warchiefs. 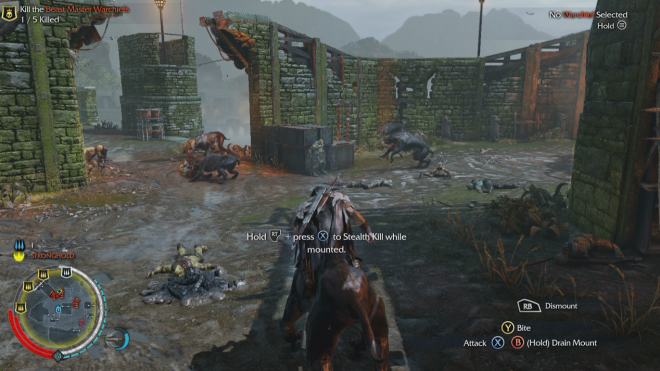 Mildly different sound effects have been added for graugs and other beasties, and some new voice work has been recorded. Little has changed in the musical arena. Torvin’s voice actor is good, but the endless height jokes between his character and Talion cheapen what might otherwise be the only true friendly relationship Talion has in his revenge story. I will say that this campaign is a bit lighter in tone than the serious, almost dreary 'Shadow of Mordor', with some great in-jokes regarding the warchiefs.

Like the host game, 'Lord of the Hunt' is an amazing sandbox and I found myself wandering for hours just being a wraithly badass. The campaign itself can’t be restarted (boo), but the 'Test of the Wild' challenge map is a decent substitution. The only collectible that is added is a series of journal entries written by Torvin, shedding some light on his opinion of Talion and the recent events in Mordor.

This is a relatively small DLC pack, but it’s also higher in quality than a lot of what the industry is passing off as paid add-on content these days. That’s not to say the developers couldn’t have taken more risks, and I’m also not saying that a gamer should buy 'Shadow of Mordor' solely for 'Lord of the Hunt.' There are a few missteps, like its hermetic nature and short length, but at its low price it is worth experiencing for 'Mordor' fans.