The Game Itself
4 Stars
The Video: Sizing Up the Picture
4 Stars
The Audio: Rating the Sound
3.5 Stars
Replay Factor
3.5 Stars
Bottom Line
Recommended

After Canadian microstudio Eden Industries failed to secure Kickstarter funding in 2013 for their old-school RPG 'Citizens of Earth', Atlus swooped in to save the day. Described as a cross between cult SNES favorite 'Earthbound' and the long-running 'Pokémon' series, 'Citizens of Earth' is a 2D comedy roleplaying game with a large cast of collectible party members.

Any discussion of 'Citizens of Earth' would be incomplete without first describing 'Earthbound'. It was a less conventional, more obscure analog to the 'Final Fantasies' and 'Phantasy Stars' of the time, being set in a modern time period (more or less) with ATMs and phones, a far cry from the oft-used fantasy setting. The main character was Ness, a young boy who recruited a small party of good kids and set out to save the world from an alien menace. It was unorthodox, it was goofy, and it was awesome. 'Citizens of Earth' is its slightly more grown-up spiritual successor, and it only took us 20 years to get one. 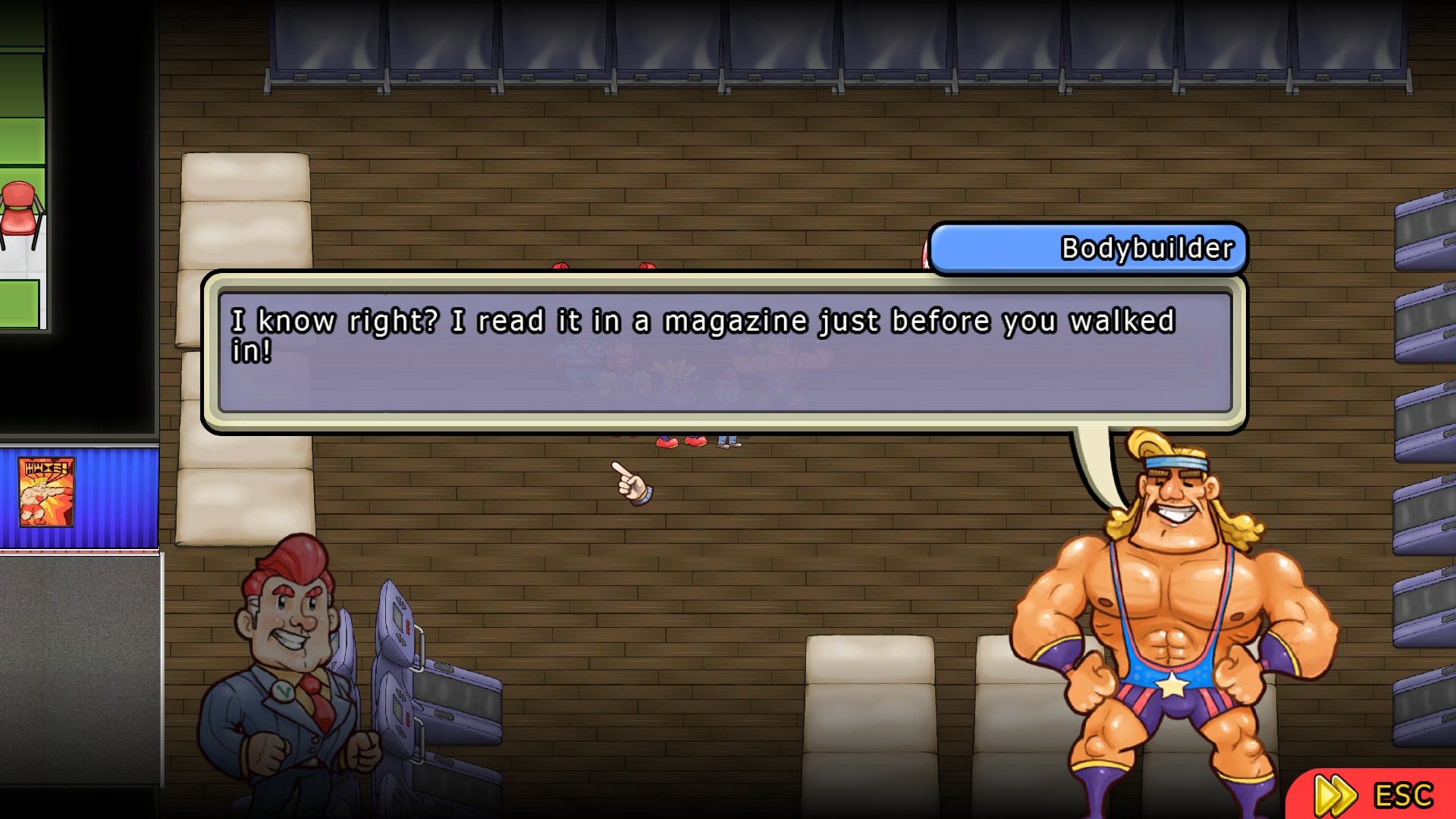 In 'Citizens', the main character is the newly elected Vice President of the World, a smarmy, shallow politician who abhors violence and yet frequently finds himself in violent situations. He can recruit an army of townspeople to fight his battle for him, from his mom and brother to a homeless guy, a plumber, a cat lady, a conspiracy whackjob, and many others. Each one has abilities that can be used in combat and in the map. The mom is a debuffer and healer and offers tutorials from the main menu. The school mascot buffs the party and can change the difficulty level. The baker heals his companions with his sweet pastry magic and can sell baked goods to the VP. Party members can be swapped out at any time outside of combat and, if circumstances are dire, any battle can be restarted and the active party members swapped out.

The vast majority of NPCs can be recruited by the VP, provided he fulfills their entry requirements. Some of these are more difficult than others - cat lady asks you to find her kitties of course, while yoga instructor requires you to be at least level 20. I spent a good fifteen minutes hammering on my mouse trying to recruit the bartender, who can only be acquired by defeating his exasperating minigame. Like 'Pokémon', this aspect of party collection and management is very addictive. I wanted all of the party members, even if some of them weren’t particularly suited for combat. To make leveling up more fun, each active party member raises a certain stat of their fellows upon gaining a level, which let me micromanage my party accordingly.

Combat is conducted by moving into an enemy, which then becomes a turn-based affair. The fights are enjoyable for the most part, and feature a simplified mana system that lets each character accumulate and spend mana without having to rest or use items. The ability menu gave me trouble at times, registering lots of misclicks and making me backtrack through the turns to fix them. Also, combat can be a bit grindy and there are unwelcome spikes in difficulty, even through the main storyline. 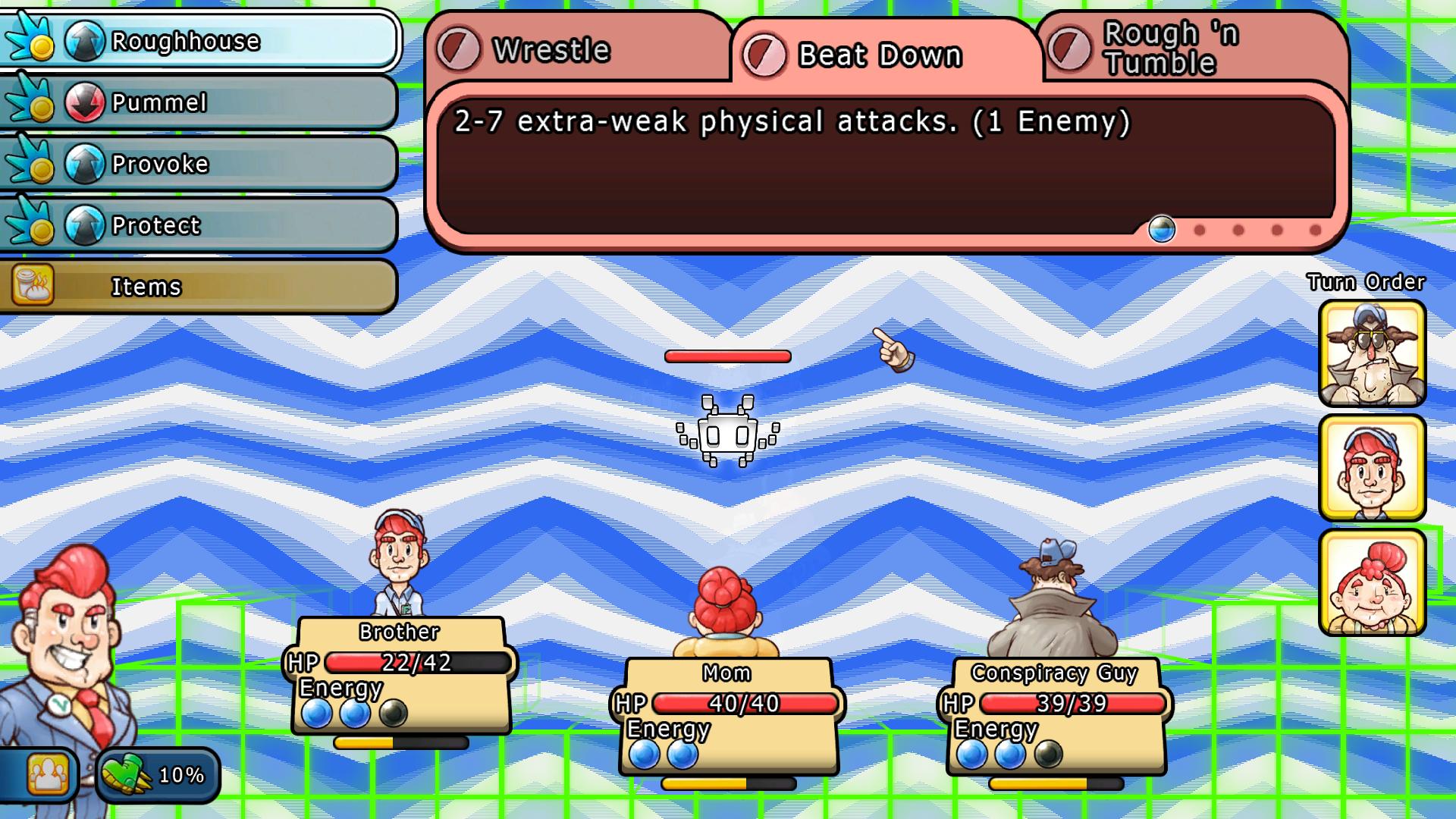 'Citizens' has a great sense of humor. It is rife with pop culture references and cheeky satire, along with frequent easter eggs and homages to 'Earthbound' and other old-timey RPGs. The story starts with the VP at home after winning the election, and soon explodes into a mess of mutated telephone deer, cybernetic coffee tycoons, enraged tourists, and other spoofs of Western culture. It doesn’t always make sense but it doesn’t have to - it’s well-paced and well-written, with lots of odd conversations and characters. The best bits are found outside of dialogue, in the characters themselves and in the environment. The critical path is not overly restrictive, and I was always quite free to wander off and work on my recruitment agenda or build my characters. 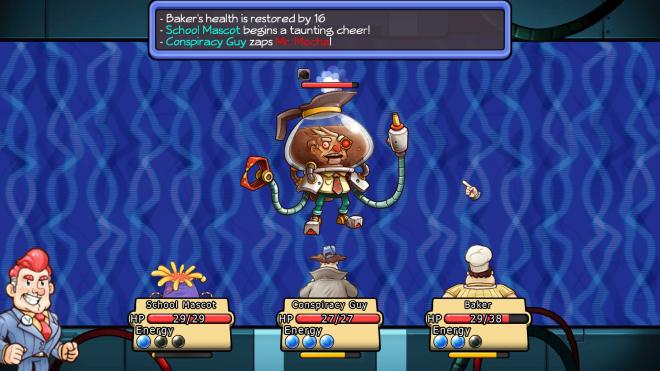 The game makes use of a bubbly, colorful theme to render its characters and environments. 2D has come a long way since its humble beginnings, and even a low-maintenance title like 'Citizens' looks pretty good. The color palette is broad, character models are smooth, and there are even some more advanced effects like dynamic lighting and blooms. Still, the pixels start to chop up a bit during close-up scenes, like combat. 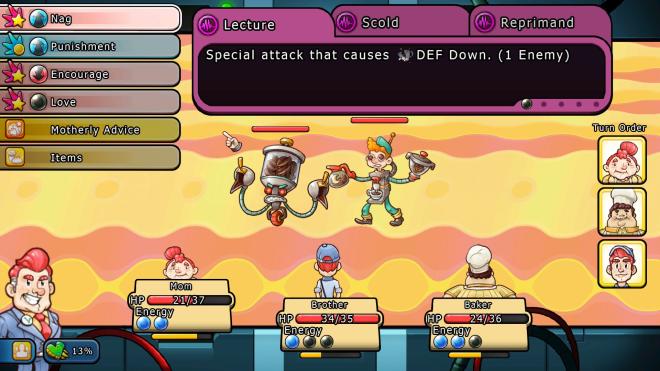 Some conversations are fully voiced, while others are reduced to short exclamations to punctuate the on-screen text. The voice acting in general is average to slightly above average, but some of the performers have a kind of raw feel, like they’re trying just a bit too hard at being campy. Sometimes I can't quite tell if they're bad or just trying to sound appropriately cartoonish. The music is perky when outside and can become quite sinister when in a dungeon, but the game’s capacity for extended excursions in each area means that the score can become repetitive.

The game is a more or less open world, and different areas can be accessed for recruitment, shopping, or simple experience grinding. The yoga instructor allows individual characters to be de-leveled to 1 and their attributes remapped, which let me tinker with my party’s stats long after I had acquired them. The school mascot’s ability to change the difficulty level (and correspondingly, item drops and experience bonuses) also gives the game some legs. 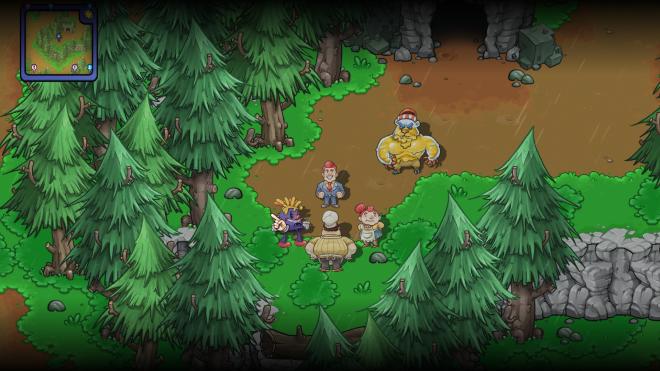 'Citizens of Earth' is a strange, unique combination of the Western RPG and old-school JRPG. Between its recruitment mechanics, solid combat, script, and exploration, it is an extremely fun and nostalgic title. It has some irritating flaws and a mild assortment of bugs, but not enough to spoil its charm. I recommend this for any RPG fan, especially devotees of 90s JRPGs who’d like a walk down memory lane.