The Game Itself
4 Stars
The Video: Sizing Up the Picture
2 Stars
The Audio: Rating the Sound
4 Stars
Replay Factor
4.5 Stars
Bottom Line
Recommended

From the humble beginnings as a handheld spinoff, 'Resident Evil Revelations' was popular enough on the 3DS that Capcom eventually went full multiplatform. With 'Resident Evil Revelations 2,' Capcom announced some big changes. First of all, the game would be a digital console title without any handheld version. Second, the game would be released in four installments over the course of four weeks, at the end of which bonus episodes would be offered.

Those two aspects alone are pretty big departure from the first 'Revelations,' but it seems that for Capcom, that was only the beginning.

For both longtime and occasional players of the 'Resident Evil' series, it's been a rollercoaster full of ups and downs, and that includes the many spinoffs and remakes. In recent years, the main series has fallen on hard times. Personally, the Gold version of 'Resident Evil 5' was a co-op blast, but even those good times couldn't do much to help 'Resident Evil 6.' In contrast, 'Resident Evil Revelations' was well, revelatory on the 3DS. Though it had a globe-trotting story, it was a hundred times more focused than '6.' It had a story full of corridor based scavenging and surviving that really didn't take itself too seriously.

Fast forward, and 'Revelations 2' is a different animal. Each episode is split between two pairs of playable characters. There's Claire and Moira, and there's Barry and Natalia. Not only is it a full co-op experience, but the co-op is, for the most part, asymmetrical. The two new characters, the teenage Moira and the adolescent Natalia, don't do any shooting and are ostensible helpless compared to their partners, Claire and Barry. And yet, during the Claire and Moira segments, Moira had to lead the way as her flashlight was good for both stunning enemies (for a shot free co-op takedown) and for spotting items. Moira is also good for picking locks on crates which tend to have the best items. With her crowbar in hand, she can do some damage, but here aversion to using guns can cause some big problems. 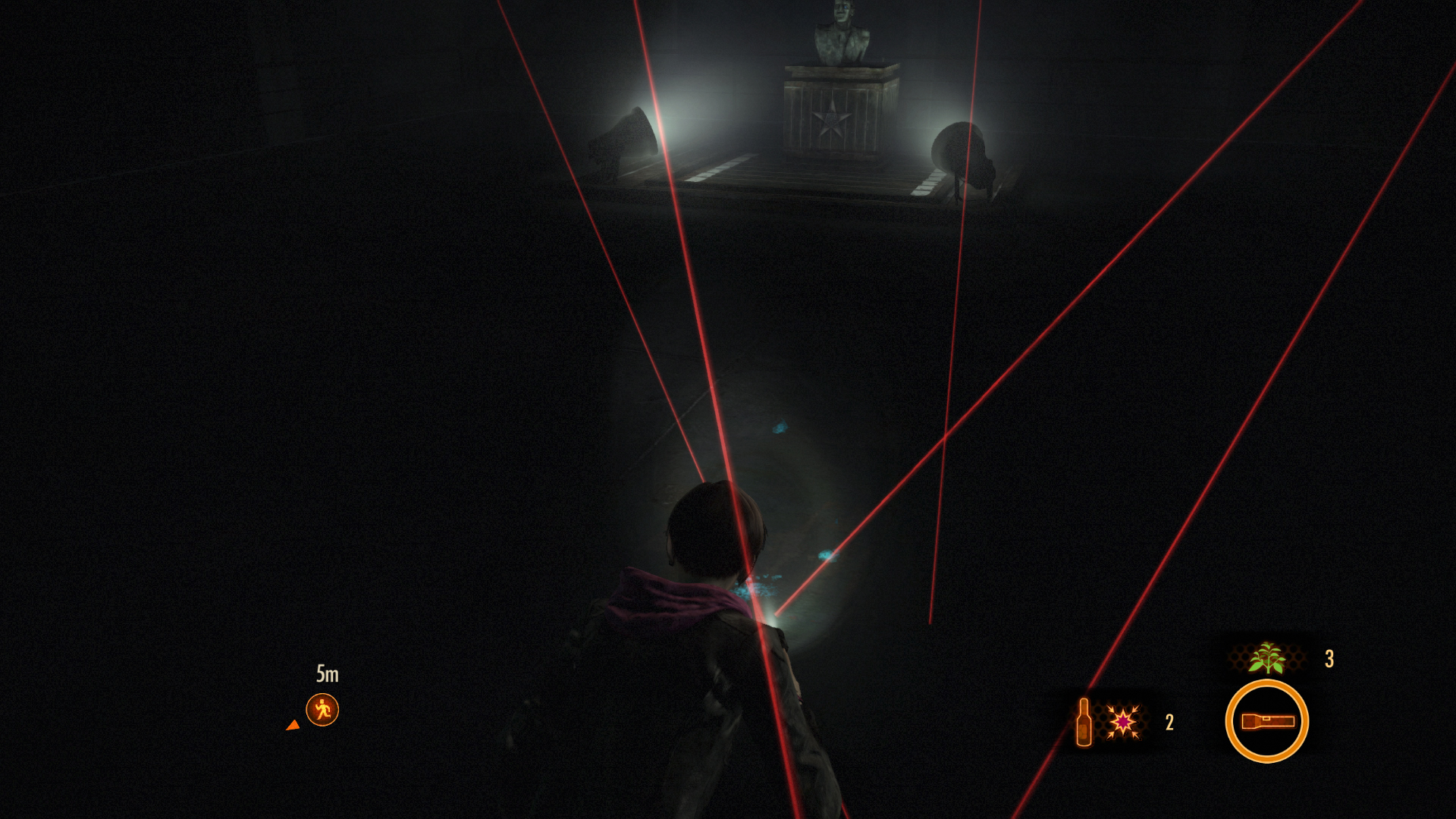 Natalia is even more evasive in nature. She can visibly sense enemies through walls and floors (even the freaky invisible Glasps) and can see the weak points for tougher enemies. Natalia is also a pro at spotting items, but her only offensive capabilities are chucking bricks.

While my time with Claire and with Barry saw them get better weapons and skills, Moira makes an even bigger leap. Her flashlight is one of the best items in the game, but in boss fights, she's mostly just a decoy.

With Natalia, her pathetic brick-laying became more trouble than it was worth. Upgrading her perception led to one of my favorite moments. Late in the game I walked into an area that just screamed boss/mini-boss. With Natalia' perception upgraded, I moved forward and spotted something far off in the distance hiding on a cliff side. Switching to Barry, I pulled out my Sniper rifle and zoomed in. I could just barely see some monster skin. After two shots/hits, the mini boss gave up hiding, popped up, and tried to execute the ambush. In doing so, it revealed the glowing weak spot, which I easily found with my seriously upgraded sniper rifle. 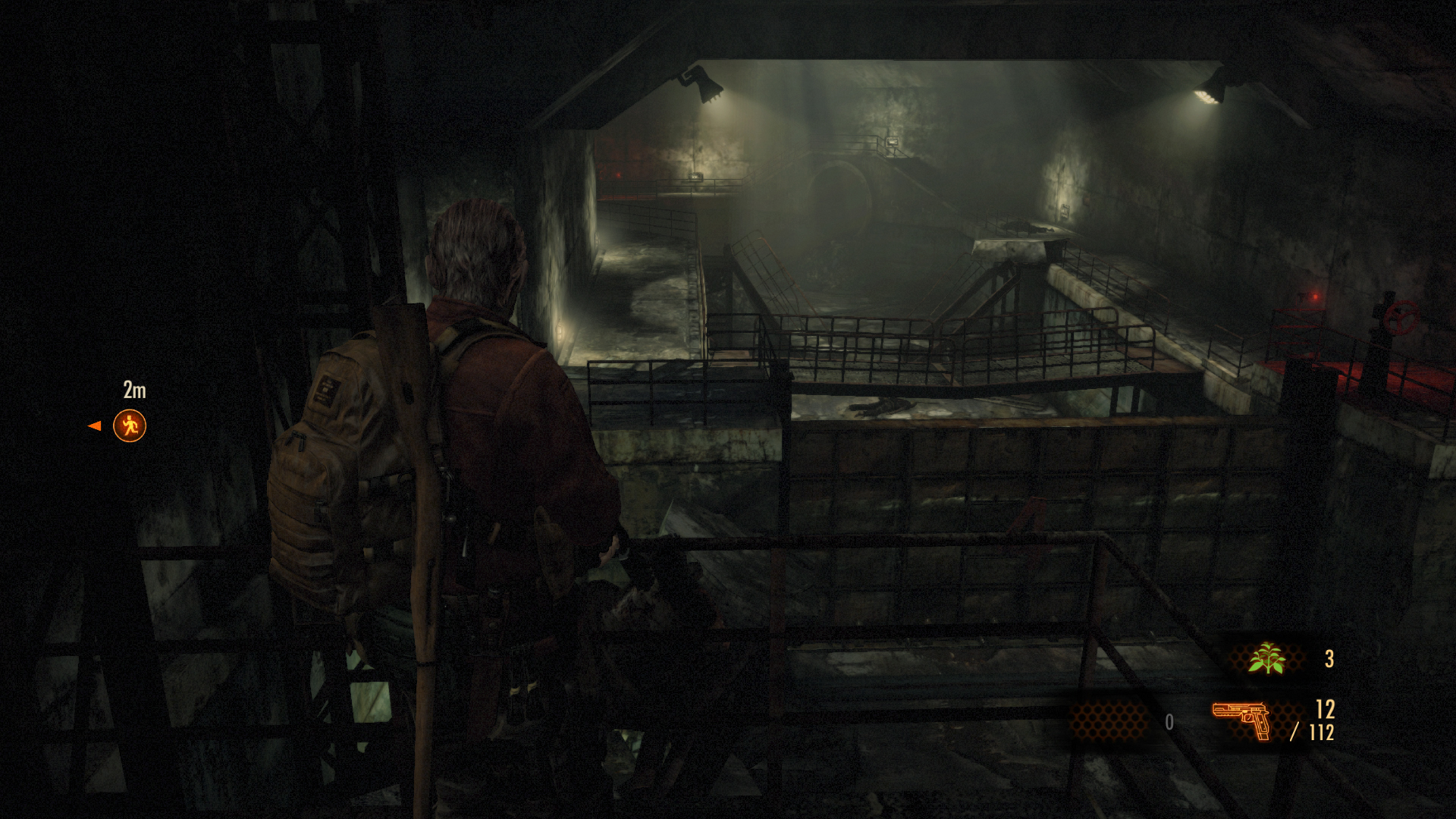 Now cheesing a mini boss might not sound all that fun, but after endless find the box, motor, liver, key card, puzzles, it's great to cut loose on the gross baddies.

And frankly, I'm not really sure what Capcom was going for with the co-op pairing. By making one character a tough shooter, and the other a weak spotter, it's almost as though veteran players are meant to play co-op with someone unused to wielding a controller. That sounds nice in theory, but I've found it to be a waste of the 'Resident Evil' charm. Fortunately, playing solo in 'Revelations 2' is much more fun than many other co-op focused games.

Only once outside of the stealth-based 'Little Miss' bonus episode, when I was trying to get a special locked crate and my AI partner kept dying, did I get stuck having to retry several times. In general, switching between the two characters became like second nature, even in really tough segments. The skill upgrade help give the lame AI some teeth. 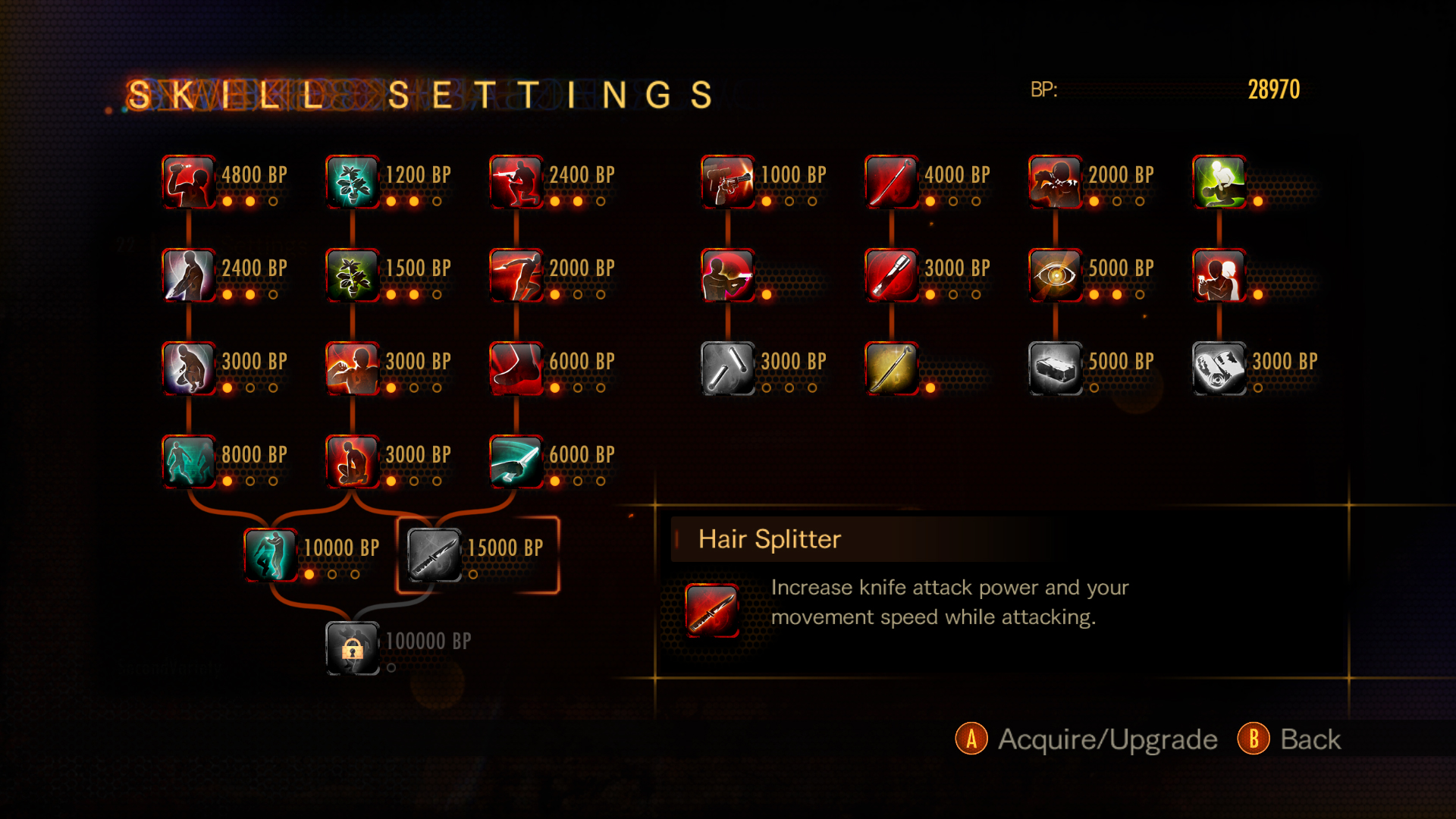 And there are lots of baddies to take down. Enemy and boss variety isn't the best, especially as nearly every bigger enemy can be kited around a nearby fixed piece of geometry. It's a lot like 'Star Fox,' find and shoot the glowing things.

This 'Resident Evil' is no globe trotter. A single island contains the mix of prison, factory, mine, sewer, forest, etc. that seems to pervade so many games. Worse, once one pair of characters escape an ugly environment, it usually becomes the setting for the very next segment with the other pair.

In contrast to the weekly approach, playing the whole thing at once is a bit like trying to tackle a big sandwich. The game annoyingly is still full of next on and previously on previews and recaps, and though it might not be true for speedrunners (which the game supports), I found many of the individual segments to be too long.

I mentioned the rollercoaster nature of the series, and it's here in this game. I often was completing segments of forgettable puzzles before I even realized what the obstacle was. In one segment Barry said he needs a complicated series of conveyor belts in order to move a motor that opens a gate and save his aging back. I sighed as jumped through the many motor moving hoops, but I laughed as it seemed that Natalia had no problem picking up this hefty motor. 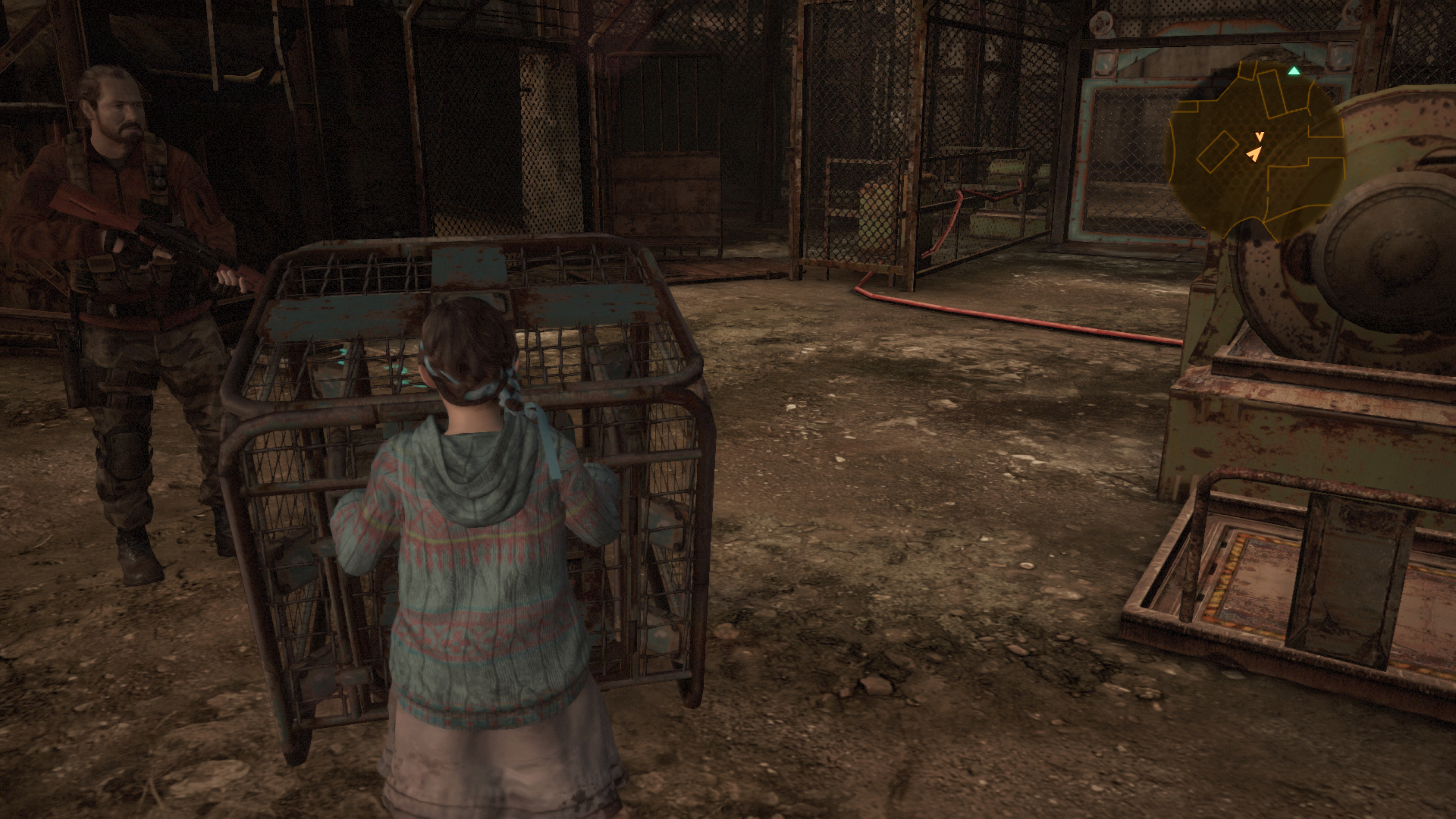 The game's main story is a damn mess, packed full of motivations that wouldn't even work for the villains in 'Captain Planet.' But this is 'Resident Evil,' so that's not a surprise. The bracelets are a fun idea right up until the game almost completely forgets them. What's more annoying is that various intriguing notes of story are pushed into little documents, and even into the bonus episodes. And what's even more annoying is that between episode 2 and 3, the 'let's get to this place/person' plotline does a very silly 180 for both sets of characters.

Those endings though- they work better than many in series' past. 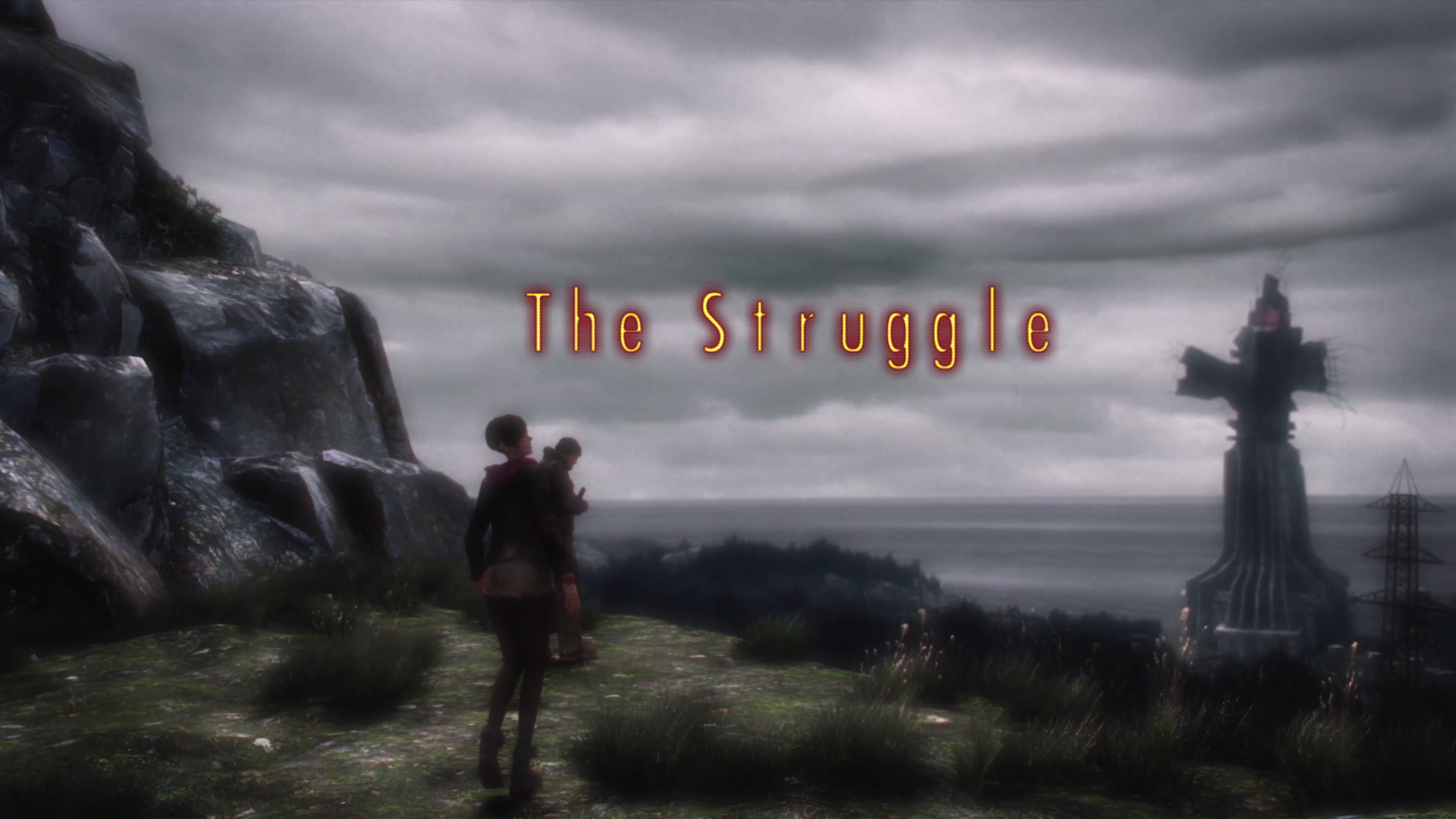 Specific to this version (but also available a la carte), the two bonus episodes 'The Struggle' and 'Little Miss' are one great big mixed bag. I thought I would hate 'The Struggle,' as I'm tired of the hunting aspects of so many games, but instead, it was pretty fun. After clearing several numbered waves of enemies over various segments, I completely emptied out on the last enemy and had to spend twenty minutes patiently kiting and working the knife.

'Little Miss' is a misery of stealth segments, which I hope to never experience again. 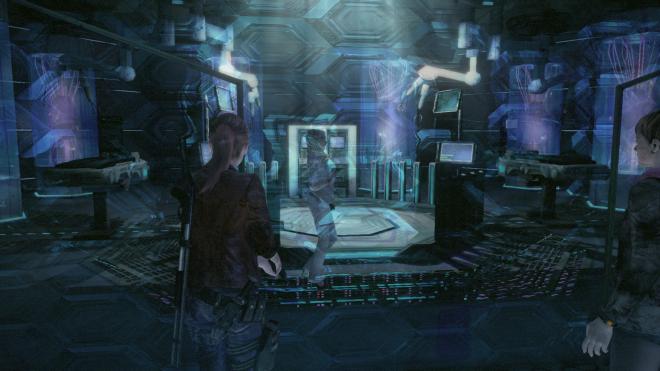 This is still the 'Revelations'/'Mercenaries' engine, and it looks in ways worse than early 360/PS3 games. Somehow, this accomplishes the B-movie feel that games like 'House of the Dead: Overkill' have done well with before.

One note on the Xbox One version. The game does a lot of checks when it loads up. Checks for DLC, Raid compatibility and the linked 'Resident Evil Account' greet the player when the game is launched. This takes some time, but wouldn't be so bad except that whenever the game is suspended on the Xbox One (say when powering off in instant-on mode), returning to the game means getting an "Account Profile changed" message and kicking backed to the title screen, followed by the series of checks. 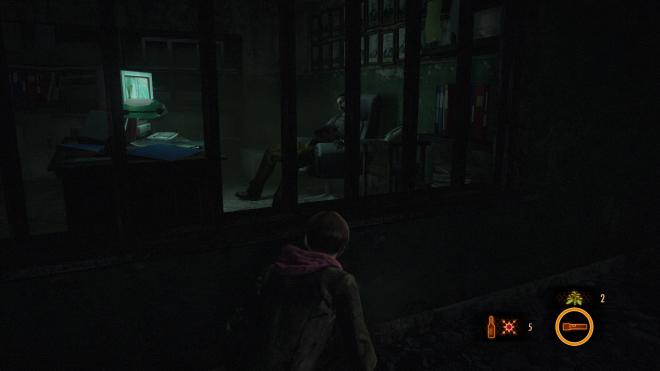 Music and voice acting fare much better, and that stilted but signature modern 'Resident Evil' tone is nailed perfectly. There are talking teddy bears, and people acting serious while saying 'TerraSave.' The music is very creepy in an exaggerated manner throughout the game and is the best part of 'Little Miss.' Monster sounds could do with more variety. 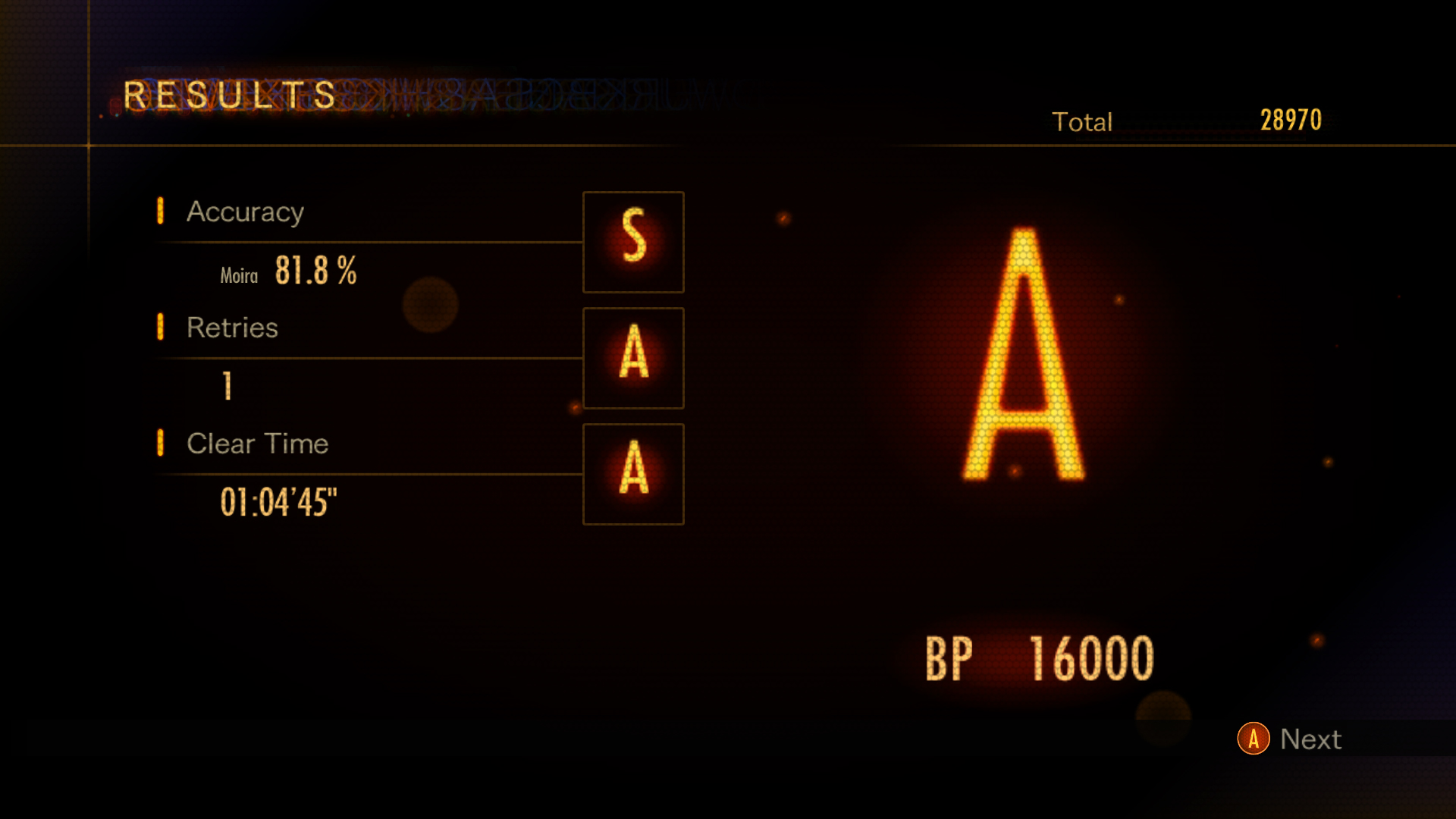 There are lots of extras to hunt and find in the story, whether that's collectibles or scores, or special modes. More impactful though, the Raid mode really gives the game legs. Suddenly, the asymmetric co-op, box puzzles, and Uroboros virus fade away when it's time to play Raid. 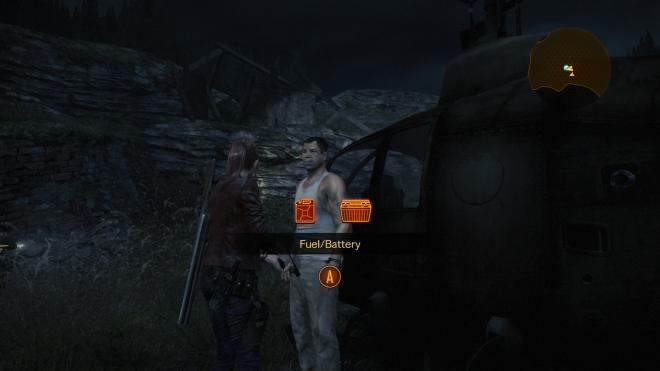 No matter how many times I cringed at the ugly environments, or was flustered as story details were pushed out in favor of fixing lifts, at the end of the day, I enjoyed 'Resident Evil Revelations 2' so much that I want Capcom to make a number '3' in a similar mold. That really sums it up.