The Game Itself
3.5 Stars
The Video: Sizing Up the Picture
4 Stars
The Audio: Rating the Sound
4 Stars
Replay Factor
2 Stars
Bottom Line
Worth a Look

Apologies for this delayed review, dear HDD readers. Disgruntled Belgian postal workers stole (or just misplaced) the delivery of my review copy. Fortunately, a second disc made it through. Thanks, lads! In a rather rare move, this allowed me to sit back and take in many other reviews before playing. In a unexpected turn, the game has been met with either vitriolic or mixed opinions. Touted as a flagship PlayStation 4 exclusive, 'The Order: 1886' received harsh backlash once released. Does the game deserve its mediocre reputation, or has everything been blown out of proportion?

Things start off mid story with a thoroughly unpleasant torture session. The horrible realities of today's countries at war made the prologue that much harder to stomach. Playing games should be an escape from reality, not a reinforcement. Furthermore, starting the game mid story, to only then flashback to the preceding time for the opening chapters might be intriguing at times, but lacks much of a narrative pay-off.

Structurally, the game is divided into chapters, each with their own checkpoints, but with wildly varying amounts of per-chapter gameplay. Upon completion, all individual segments can be accessed from the main menu. Always a nice touch. 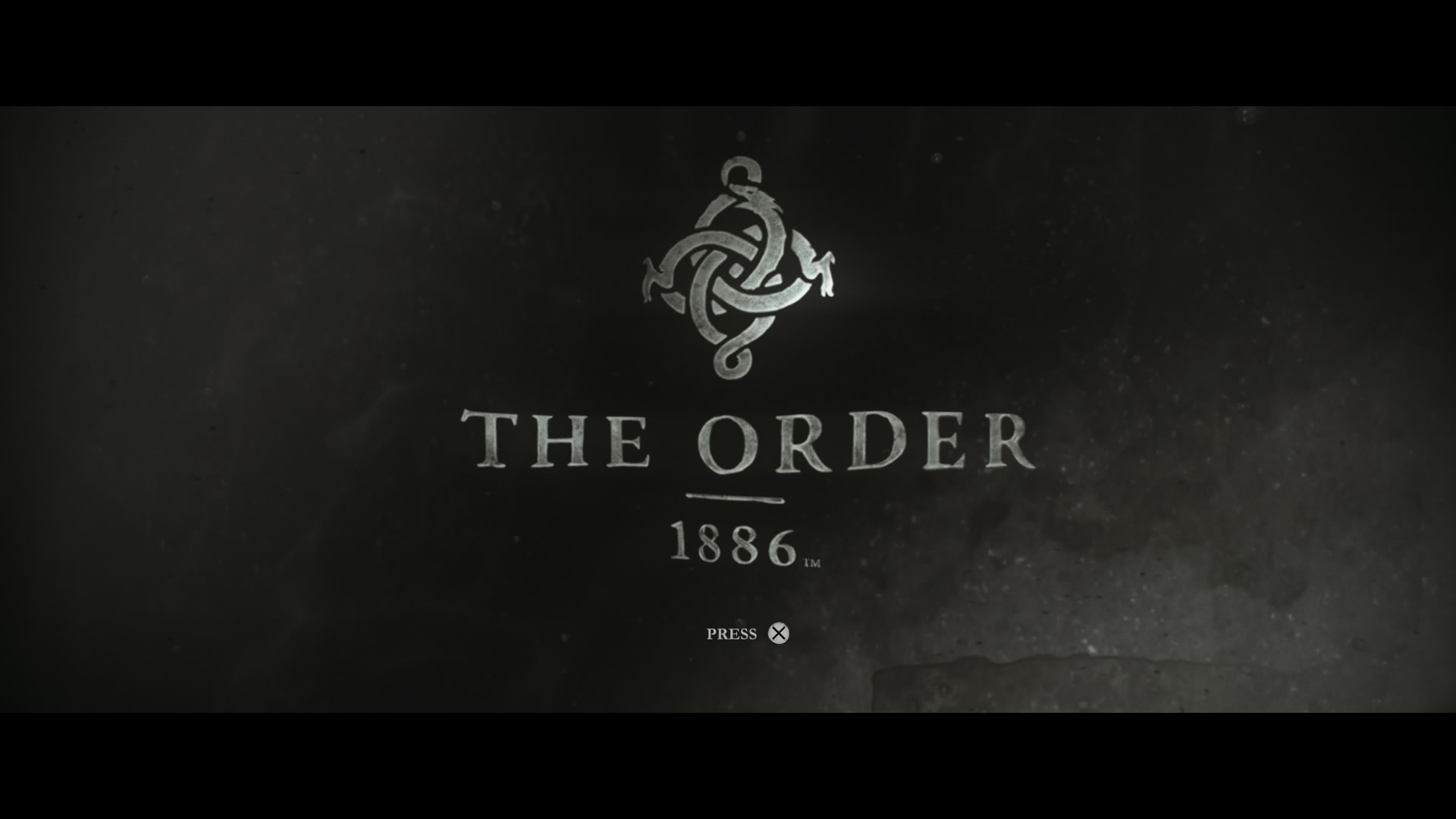 'The Order: 1886' stars Sir Galahad, one of the knights of the round table in a steampunky, alternate history version of London. The man is a battle-worn, stern, moustachio'd hero. He's a member of the titular Order, a sullen, no-nonsense fellowship of guards. They found the holy grail (before Indiana Jones did) and have been using it to prolong their life. The story, filled with tales of betrayal and brotherhood, is engaging, but the screenplay has sadly been stuffed with endless cliche phrases. "It's your funeral, not mine", "I'm too old for this", "Patience, old friend", "This is too bold, even for them", "I trust him with my life", "You and I, we are not so different" etcetera. No kidding, these are the exact sentences straight from the game. With the lavish attention to period detail, the Ready at Dawn developers couldn't have spent a few more man-hours fine-tuning the script?

And the details truly are lovely. Scattered throughout the levels are documents, photographs and phonograph cylinders to collect. I found a playbill advertising theater performances of Charles Dickens' 'A Tale of Two Cities - The Golden Thread' and Richard Wagner's 'The Ring of the Nibelung'. The Dickens play is performed on Monday and Tuesday, October 18 and 19, 1886. Sure enough, these dates are correct. Great stuff. The phonograph cylinders are stored in the in-game archive, and can be listened to at any given point. They offer some background information and sketch the 1880's mindset. The slew of papers and photos is also complimentary. Most photos can be turned over, but don't offer any hidden clues. It would have been an excellent place for cheat codes or hidden bonuses. Instead, the collectibles purely exist for trophy hunters. 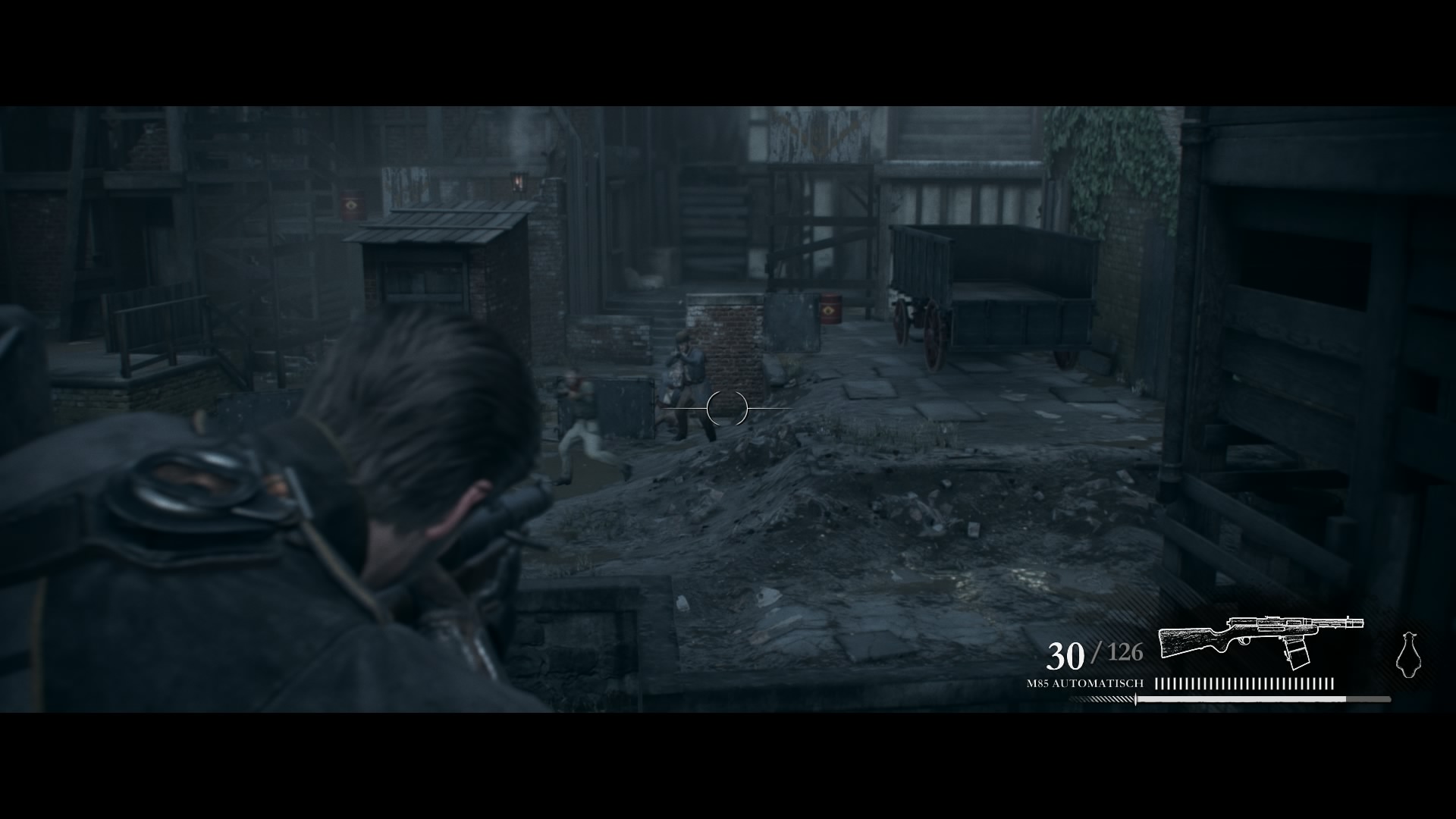 Gameplay-wise, 'The Order: 1886' is a third-person shooter. Think 'Uncharted': there's hiding, aiming, a little exploring, clinging to a ledge and jumping from obstacle to obstacle. Usually, levels are linear, and the only way to go is towards the next shoot-out. There are a few sidesteps that can be taken (mostly to find more ammo or guns, or one of the mentioned objects), but it's a pretty straightforward affair. Slightly worrying was the amount and duration of the game's cutscenes. Chapters VII, X, XII and XIII are one long clip. Not one button has to be pressed. However, some are interactive. Ready at Dawn's Chief Technical Officer Andrea Pessino demonstrated one of the hands-on video sequences during the game's press conference in Brussels. He quickly clicked buttons when prompted. "Don't worry", he said, "they are not quick time events." Eh? Yes, they are! There's inconsistency in the game design, too. For example, I like to be a dick while playing a game. If there's some scenery to destroy, I'm there. Can I shoot a vase in this game? Yes. Can I shoot a flowerpot? Yes. Can I shoot a larger potted plant? No. What gives?

The non-player characters are useless. During an airship raid, a rebel started shooting Sir Perceval and yours truly. Not once did Perceval even pretend to protect me. He just stood there, abiding his time, and waited on me to blast the fiend. Survival of the laziest? A later level did see a companion help out with the shooting, and I specifically waited to see to what that would lead. After five minutes, and constant blasting, not a single assailant was killed. Even Stormtroopers are more precise.

It's true that the game is brief. Not two hours brief, but definitely shorter than most third-person or FPS campaigns. The cutscene chapters and static walking environments can feel like padding. Several cool weapons (like the Thermite gun) and intense shoot-outs work well, but are gone all-too quickly. 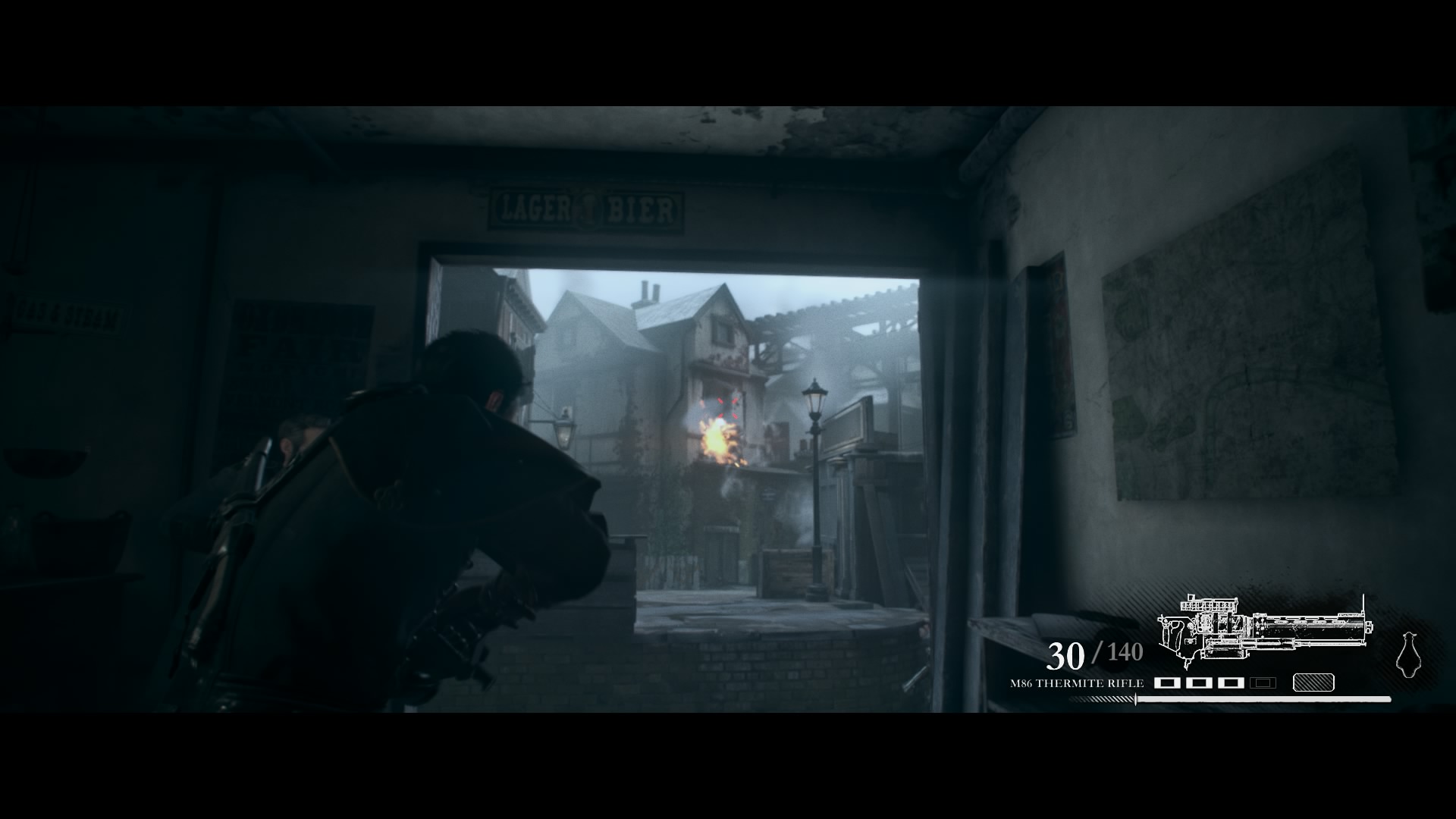 Humour is mostly missing. I did chuckle twice: one of the cylinder recordings is called 'Cargo Inspection Log' and starts off with an inexperienced speaker: "Is this contraption working? Gotta get me speaking voice ready!". Also funny was a Sackboy cameo, from Sony's 'Little Big Planet' franchise. Otherwise, this is one serious, somber game. The disturbing ending leaves no ambiguity, whereas I reckon we gamers should always have a choice regarding our actions. Shouldn't we? Although it wouldn't be fair to critique the game for this flaw, for many games fall into the same trap. The finale contains an unexpected 'Blade Runner' moment, when a naked, blond, dying man says: "I've seen things ..." 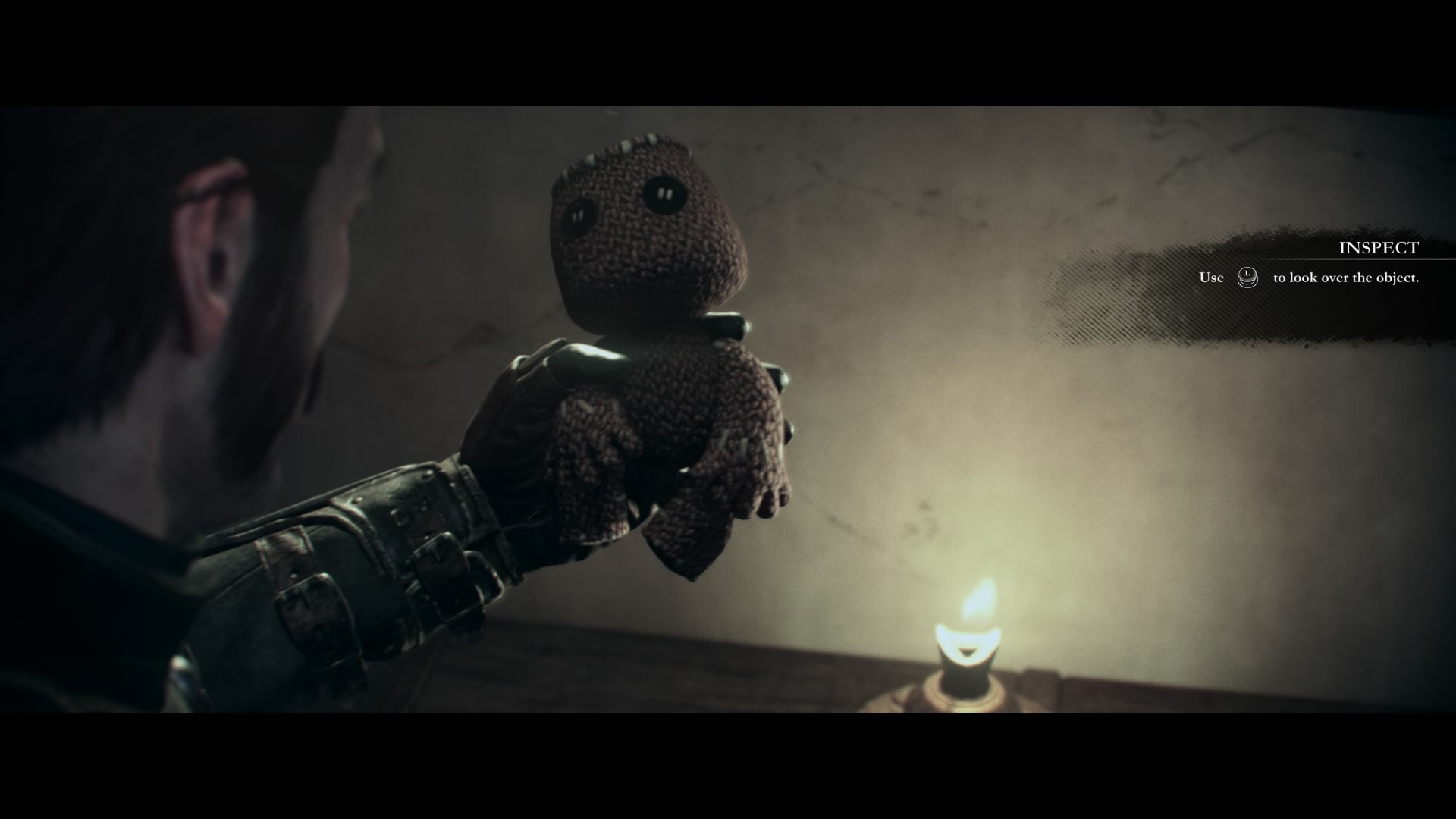 And still, after all this nitpicking, I'm inclined to positively recommend the game. It's atmospheric and engaging, with an interesting premise. Its shortcomings may be apparent, but the game at least tried to deliver the goods. I'll gladly welcome a sequel. 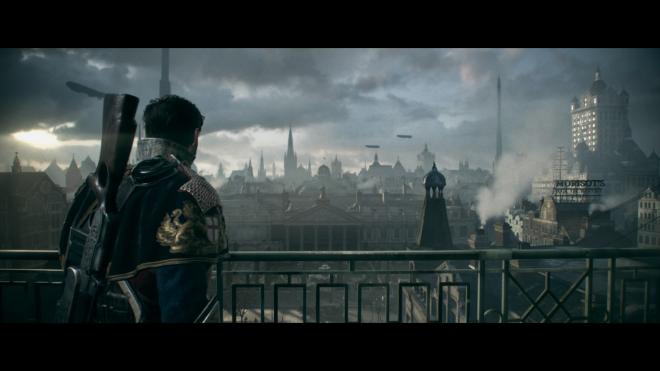 While mostly drab and depressing in colour schemes (lots of grey, lots of dank underground tunnels), 'The Order: 1886' is at times a graphic beauty. The London settings are exquisite and lush, and a few surroundings are filled with impressive details. During one pursuit, I stumbled upon a kitchen. Sure enough, the sink did include dirty dishes and pots were flying through the air. 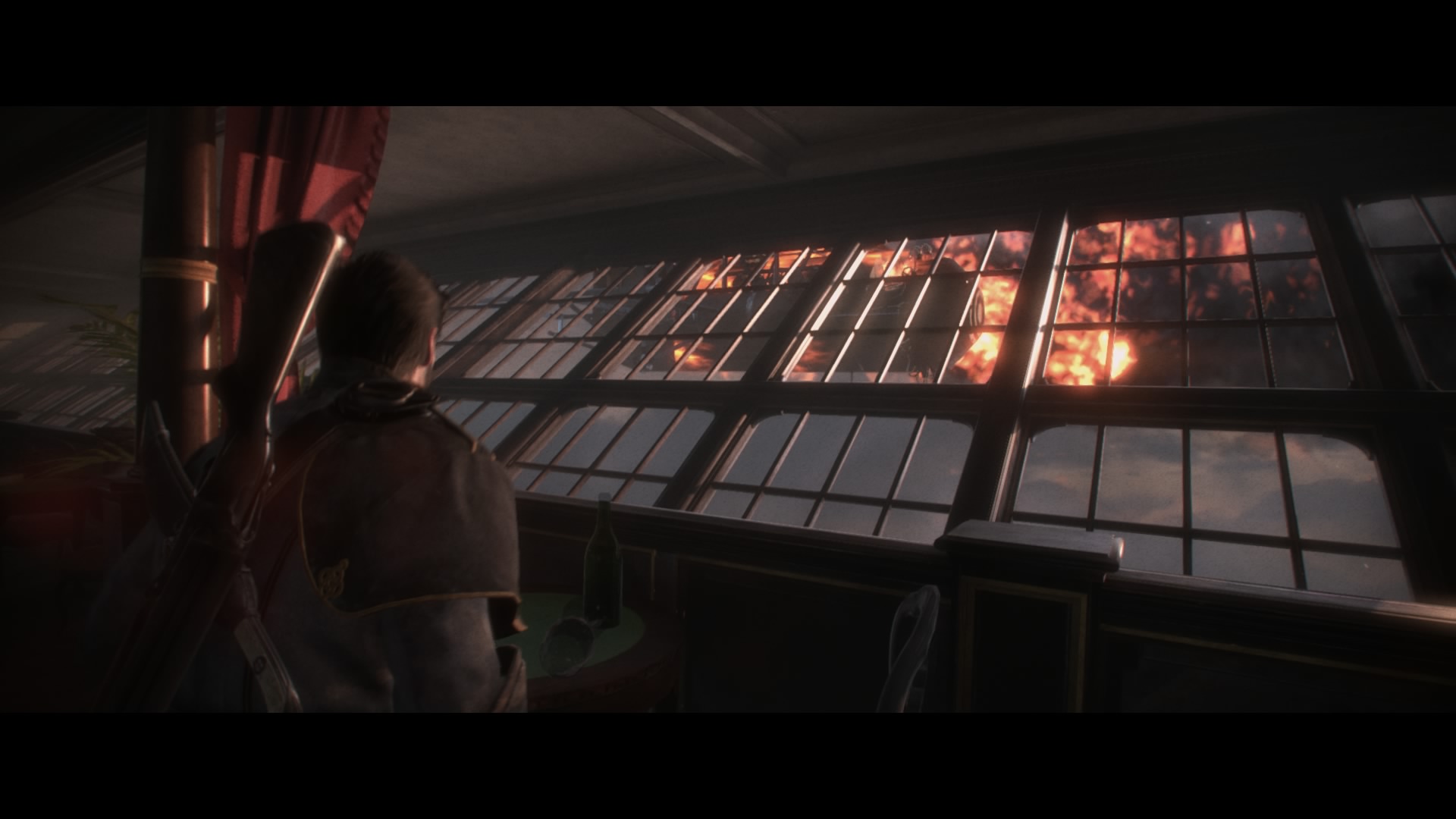 During close-ups, Sir Galahad's hands were sometimes bordering on being photorealistic. The skyline alone is demo worthy, though poking around will quickly reveal an ugly spot or two. Not the best looking game in the history of ever, but refined all the same. Eyes mostly avoid the dreaded uncanny valley during cutscenes. 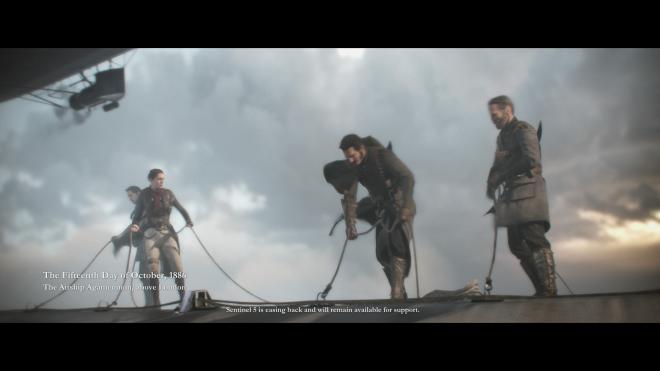 An excellent symphonic soundtrack with tracks by Chopin and Mendelssohn is provided. This is quite as good as it gets. Sound effects explore the whole spectrum, from quiet clanging frying pans to massive explosions. There's a nice amount of grammatically correct French throughout the game, which counts as a bilingual bonus. The voice acting may be the game's best feature. Truly terrific performances from the whole cast. These guys and gals sell the sometimes silly story. Overall, the game's sound design is not to be taken lightly. Grand, sweeping, majestic.

Once the game has been completed, there's no compelling reason for a second go - unless you really want all trophies. There's no multiplayer option, either. 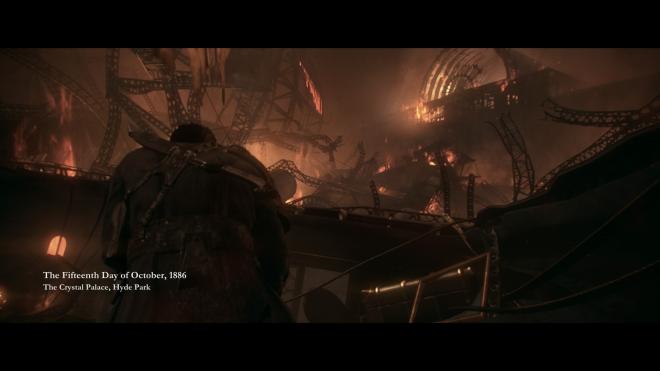 While not close to being a system-seller that so many expected from a high concept, expensive, first-party production, 'The Order: 1886' still managed to charm me with its atmospheric presentation and expert voice acting. It's a short, but pretty game whose engine I'd like to see in action again minus the swipe to fight werewolf boss moments. If you like your 'Uncharted' in a revisionist, steampunk setting, this game is worth a look.