Kemco has been a video game developer for many years, but recently they are most well-known for their mobile RPG output. Having released over forty RPGs for iOS and Android phones in under five years, the company's output is impressive, though the rapid fire nature of these releases can sometimes lead to many of the experiences feeling the same.

Regardless, some of Kemco's RPG are beginning to move beyond the mobile realm and onto various consoles, typically with some enhancements. The latest of these RPGs to make the jump is 'Alphadia Genesis', which recently released on Steam and the Wii U.

'Alphadia Genesis' stars a young man named Frey, who is an established member of his local guild. One day, he is called upon by the king to investigate an unusual murder in a nearby town. A wealthy individual was attacked and killed by his clones—beings that look quite a bit like humans, but are subservient and programmed to obey their master's every order. With that, Frey begins a journey that eventually has him and his companions caught up in a plot that involves the fate of the entire world. 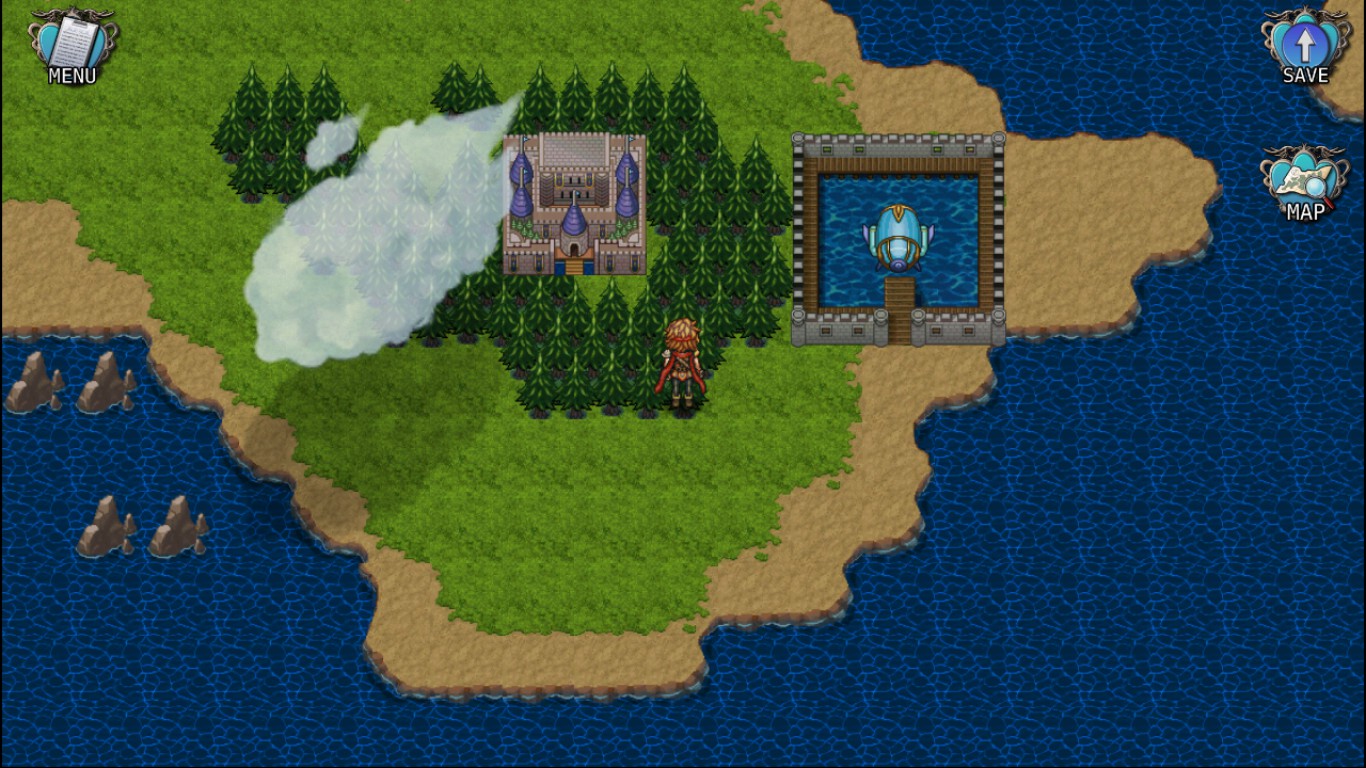 While it starts off interestingly enough, the plot of 'Alphadia Genesis' doesn't really go anywhere, and ends up disappointing. I found while there is a decent amount of time used to explain the clones themselves, little is revealed about the Energi Wars, a pivotal event in the game's world that ended only fifteen years before the beginning of the game. It seems that, for such a major historical event, it should be mentioned in more than just mere passing.

As for gameplay, 'Alphadia Genesis' sticks with the classic JRPG formula. Players will be exploring ever more complex dungeons, filled with secret passages and treasure to encourage searching every nook and cranny. Battles are initiated after the color on the sides of the screen turns red, and battles themselves are turn-based affairs that also the use of attacks, skills, and magic (Energi) to take down foes.

The random encounter rate in 'Alphadia Genesis' is actually rather high, so battles are fought often. While this isn't too much of an issue at first, the maze-like structure and length of the later dungeons eventually makes the encounter rate downright frustrating. Additionally, around the midway point, random enemies become a lot harder to take down, oftentimes not worth the effort and strategy required. For me, I would usually run away from any battle that looked too annoying or costly to fight, only fighting certain enemies or set-ups that would not deplete my resources. 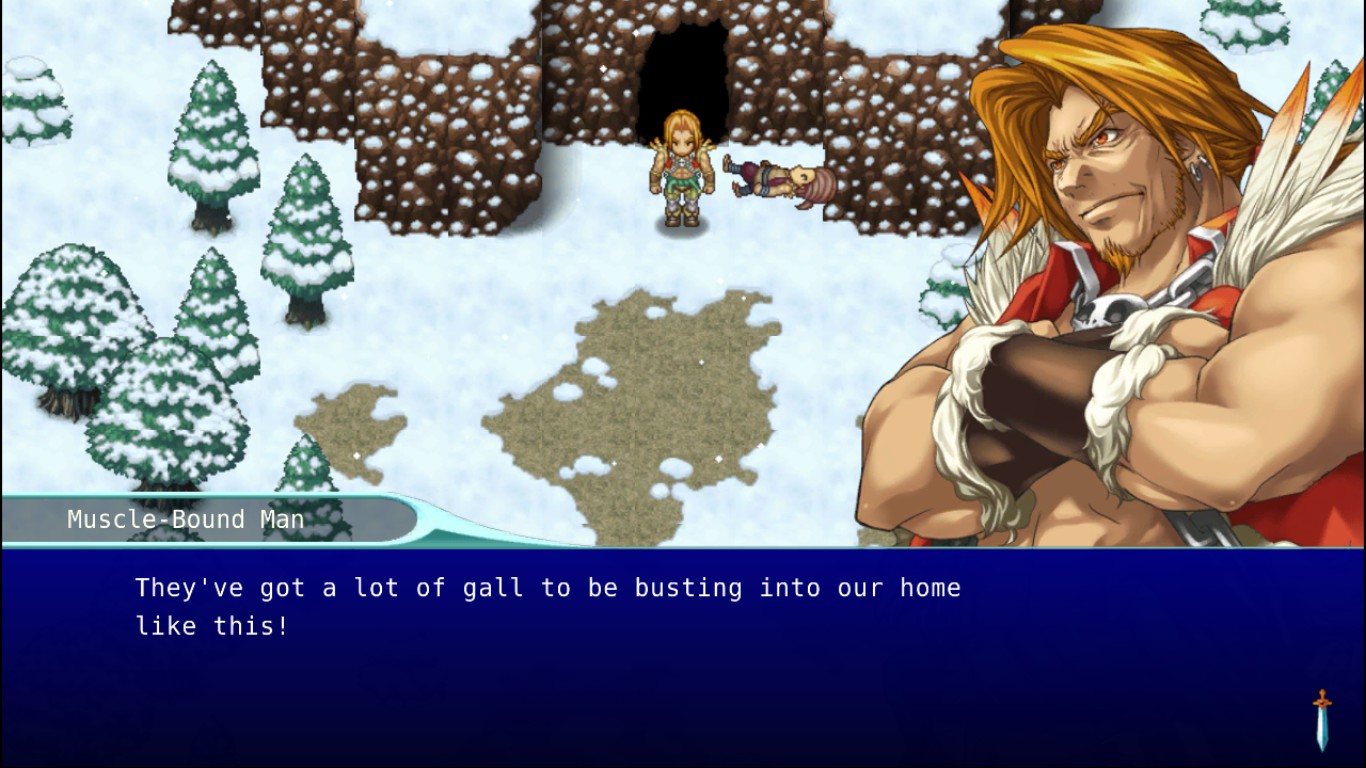 The only mechanic really noteworthy is how Energi is handled. Each character has a natural affinity to one of the three Energi elements: Fire, Water, or Light. Characters will gain SP from each battle, and SP will level up their Energi, allowing them to learn new spells in their innate element. However, characters can also equip an Energi Ring, which can be imbued with any element. So, for example, if Frey (who naturally learns Fire skills) equips a Light Energi Ring, he will begin learning Fire and Light spells from the SP he gains from battle. This also opens up hybrid spells that can only be learned when two elements reach a certain level.

The Energi system could potentially be interesting and add a bit to 'Alphadia Genesis', but unfortunately it's never explained too well within the game itself. Most of what I explained about the Energi system itself came from my own experimentation, and it took a fair amount of trial and error to realize what exactly the Energi Rings do, and how to benefit most from them. With rings that allow special elemental access but don't actually level the elements up, the lack of benefit from equipping a ring of the same element as the character's innate type, and no insight whatsoever on what spells each element learns, the system really falls apart unless the player gets lucky with the right set-up early on. 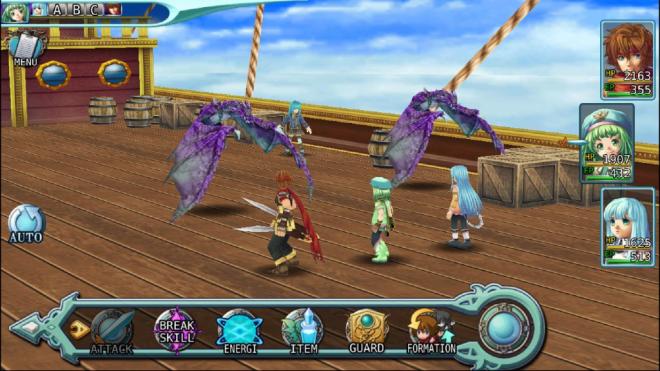 While 'Alphadia Genesis' is important to the Kemco catalog by being their first RPG to feature used (some) 3D art, that doesn't mean that the game itself looks particularly impressive. These 3D visuals are restricted to battles only, and while the PS1-era graphics certainly invoke a sense of nostalgia, those that don't have fond memories of the time period will likely just find the graphics blocky and a bit garish.

Outside of battles, the title uses sprites and the typical 2D RPG trappings. The character sprites look pretty good, though the NPCs and map designs leave much to be desired. Still, I wouldn’t say 'Alphadia Genesis' is a particularly bad game to look it; it's merely underwhelming. 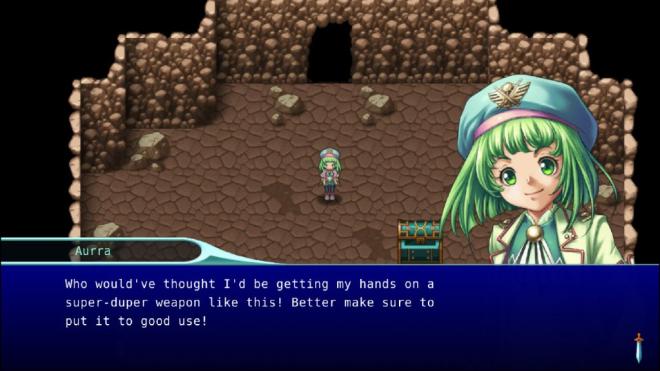 Surprisingly, on the audio front there is an enjoyable soundtrack. Most of the battle and dungeon tracks are nice and catchy, providing nice background music for tasks that inevitability become tedious. Some were even catchy enough to pop into my head after I finished playing the game, which is somewhat impressive.

Additionally, 'Alphadia Genesis' does have some voice acting, albeit in Japanese only. Certain important scenes give voices to the characters, and overall the voice acting sounds pretty good, with voices that seem to fit each of the characters' personalities. 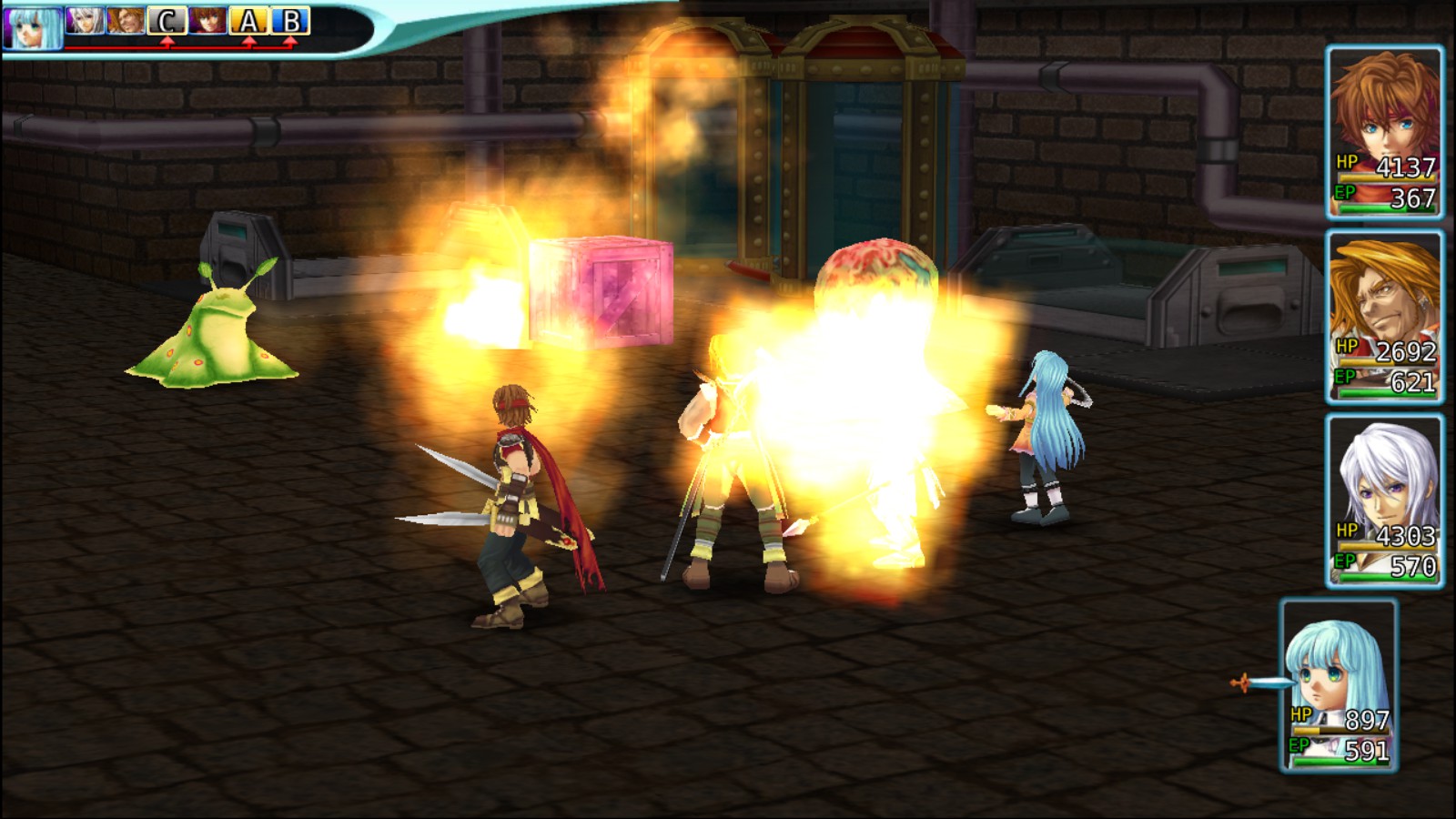 Honestly, it's a little hard to gauge replay value in 'Alphadia Genesis'. After beating the game and getting the normal ending, the title encourages the player to boot the game up and defeat the final boss again (the save picks up right from the final save point). By doing so and choosing the correct option, the path to the true ending is unlocked, tacking on a few extra hours of gameplay.

It's completely acceptable to stop playing the game after the Normal End; however, the ending itself leaves a lot to be desired, so it's not the best idea for those who want the complete story.

Other than the different ending, there is also an arena to work through, which provides substantial rewards for beating challenging battles. There are also some side quests. All in all, it's about an average amount of extra content for an RPG of this length; the likelihood that the player will want to work through it, though, depends solely on their enjoyment of the game, as Steam Achievements do not reward any of the extra effort. 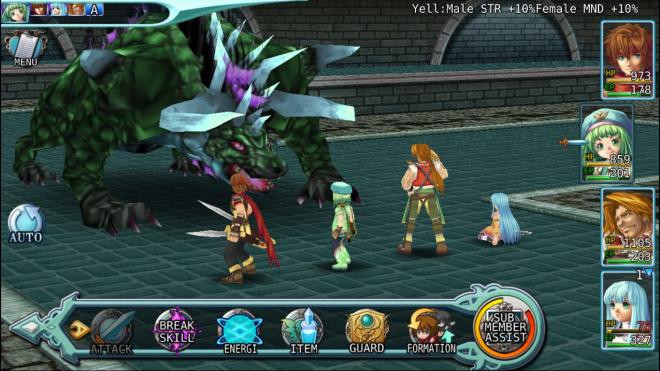 Being an enhanced port of a mobile title, the Steam and Wii U versions do have a few extras that place it above the original version. There is the retouched translation, which allows for a more natural flow to the dialogue. The Steam version also has Trading Cards and Achievements, whereas the Wii U version obviously does not.

Finally, this version of 'Alphadia Genesis' takes the in-game app store and turns it into more of a rewards system. Previously, you would have to pay cash for the items within the store; now, you gain a special in-game currency by searching and finding hard to see sparkles in towns and dungeons. These items range from risky to use, yet powerful equipment, to stat raising items, to items that prevent random encounters for a number of steps. Given the usefulness of these items, it's a nice bonus to have these still included within the game, instead of the shop being completely removed. 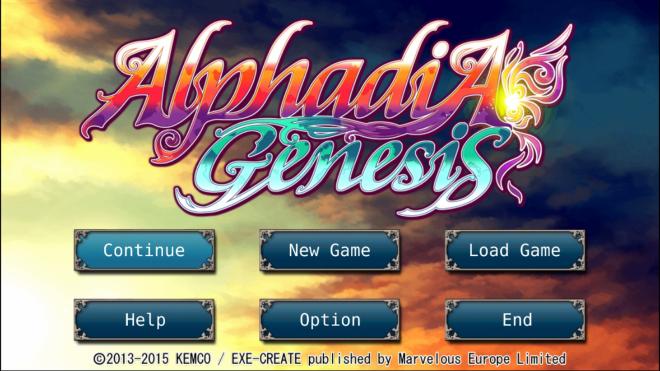 There's little reason to recommend 'Alphadia Genesis' to anyone. While both the Wii U and Steam are a bit lacking in JRPG content at the moment, 'Alphadia Genesis skews to close towards mediocre and frustrating to safely scratch the JRPG itch. More and more JRPGS are being released on the Steam platform every week, while the Wii U is getting a nice backlog of classic games with the Virtual Console. With so many other, better options available, 'Alphadia Genesis isn't worth your time or your money.