Steam PC version reviewed. The key updates of the remastered versions are covered in Video and Audio sections. The multiplayer component as covered is in early beta stages.

When publishing company THQ died in late 2012, its intellectual properties exploded all over the gaming industry. All of THQ's developers and game franchises that survived were sold at auction and went off to many different parents. Gearbox, developer of the 'Borderlands' franchise, acquired the 'Homeworld' property. 'Homeworld' was first released in 1999 by Relic Entertainment and became very popular, eventually spawning an expansion and full sequel. The series has been quiet since 2003, but now Gearbox has finished their remastering of 'Homeworld' and 'Homeworld 2' and bundled them together with their original versions in the 'Homeworld Remastered Collection'.

'Homeworld' is real-time strategy (RTS), but markedly different from most titles in that genre. It is a science fiction game set in deep space, and so all battlefields are three-dimensional. The combatants are spaceships or gun platforms, and have tactics not generally seen typical RTS units, such as the ability to fly in formations.

Despite these differences, the games still follow many RTS conventions. The player has a pool of resources that must be replenished in order to continue building ships and researching new technologies. These resources come in the form of asteroids that are harvested by mining vessels. By researching new tech, I gained access to increasingly powerful (and expensive) spacecraft. At the lower tiers are small strike ships and fighters - interceptors, bombers and the like. Eventually corvette, frigate, and capital ship options become available. The player can have a fleet of over 100 vessels, allowing for massive dogfights. 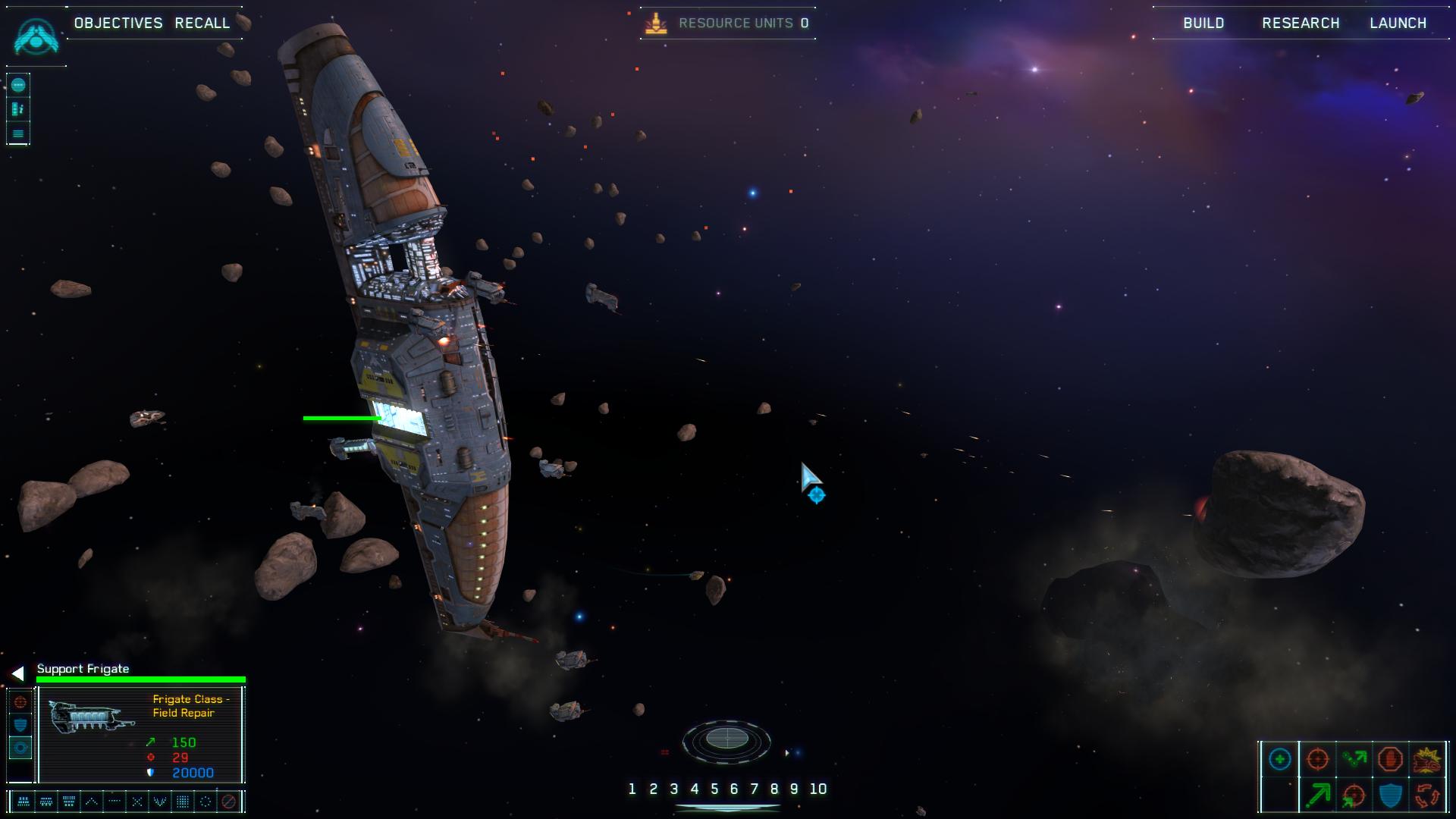 During battle, ships typically behave as they would be expected to, depending on their size and role. The small vessels careen around wildly, focusing on small enemies and screening for the larger ships. Capital vessels are slow and cumbersome, but once in position can bring withering fire down on enemies. Support vessels can accompany the fleet to repair ships on the fly or offer bonuses. During all of this, a small flotilla of logistics ships works back at the base, harvesting resources and developing new techs.

'Homeworld' is a slower RTS experience than most of its contemporary siblings. Resource ships take a long while to get into position and fill their holds, after which they begin the sluggish process of returning to their resource controller, docking, and unloading. Research is ponderous, especially at the capital level. Fights are long, but rather than drag on in tedium, they provide the player with meaningful avenues for strategy. The player has time to take control of a losing engagement and either withdraw or change tactics to push back. Each battlefield is expansive, bringing flanking and surprise attacks into play (especially with the cloaking fields in later levels). 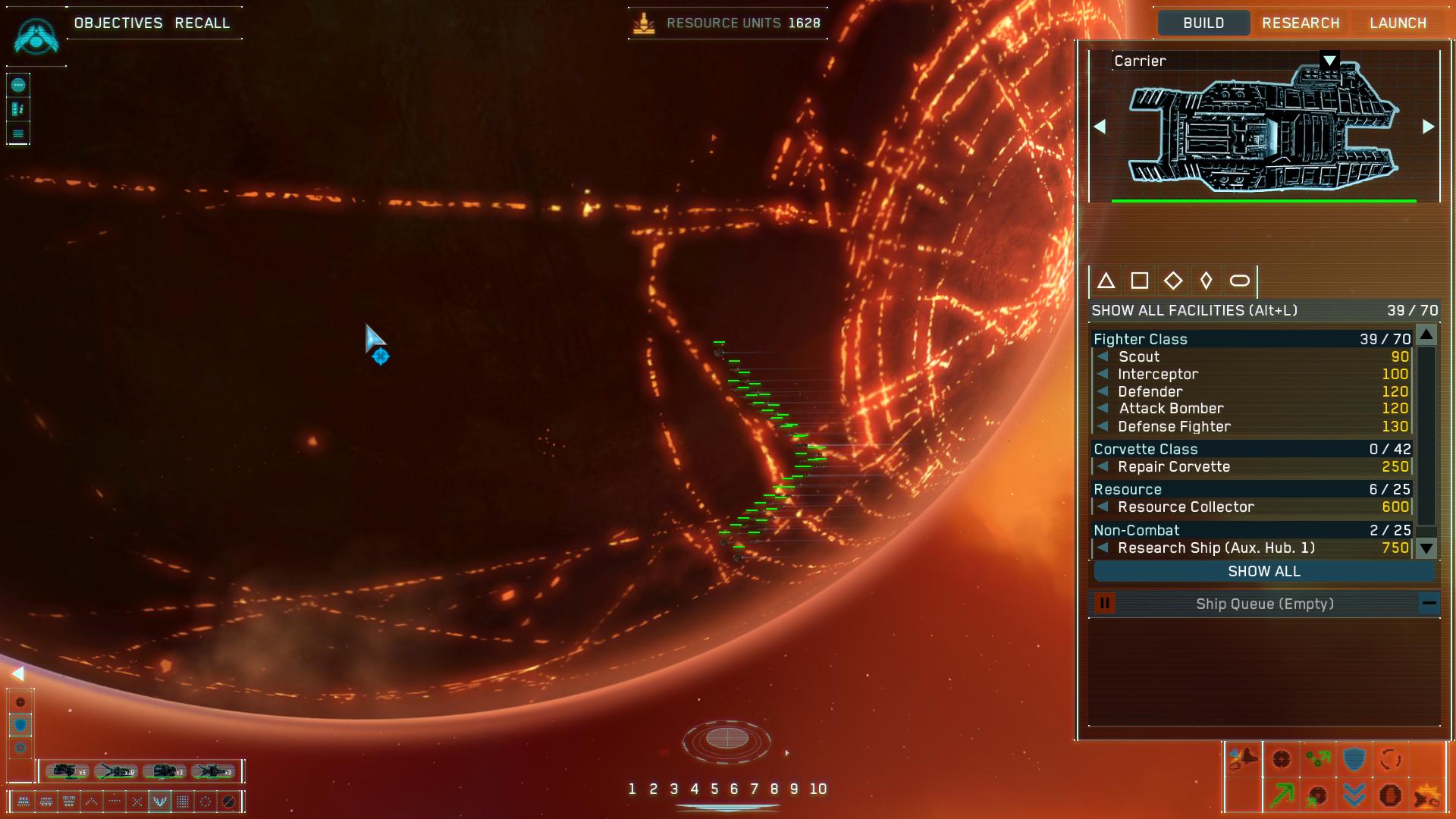 The storyline of both games follows the Kushan people, seemingly in a different galaxy, or at least a different time period, as no mention of Earth is made. The Kushan have lived on a searing desert world for millennia and have recently discovered a shipwreck with advanced technology, allowing them to leave their planet and solar system. Their world is soon destroyed by a race of people offended that they have developed hyperspace technology, as the Kushan apparently signed a treaty four thousand years ago that specifically forbade such technology. Left with only their advanced mothership and less than a million people, the plot of 'Homeworld' has them searching for Hiigara, a mythical planet they believe to be their ancestral home. In 'Homeworld 2' the Kushan story continues as a powerful warlord looking to make a name for himself comes into direct conflict with the upstarts. 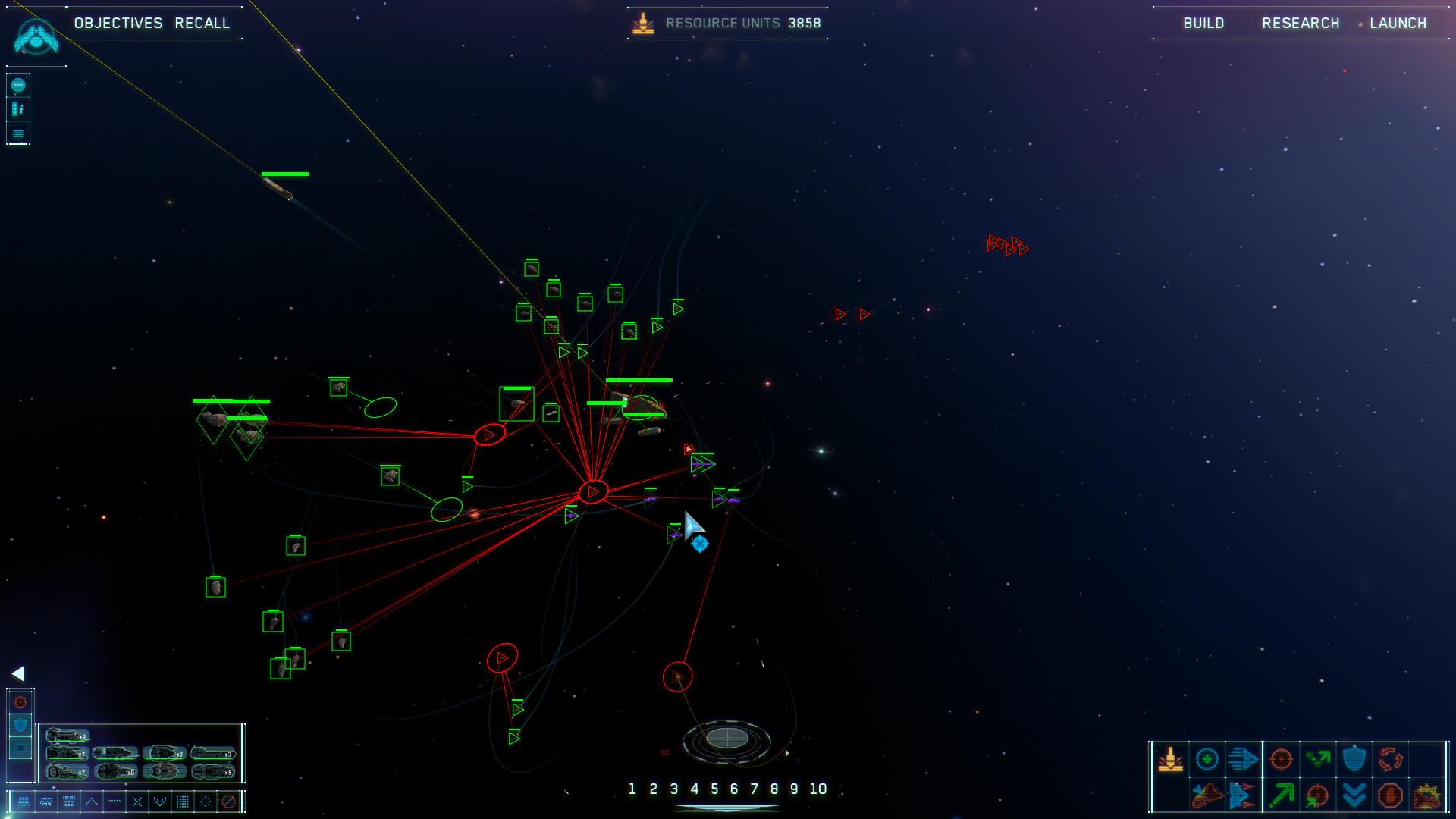 The only real issues with the campaign are the continuity and the controls (to be discussed in the video section). Unlike most RTS titles, in which the player is given a fresh base in most missions, the Kushan mothership mostly stays the same from the end of one mission to the beginning of the next. This means that if I found myself winning a pyrrhic victory in one mission, losing most of my forces and depleting my resources, the next mission was extremely painful. Early attacks would erode my ability to defend myself further, and if it weren’t for the huge health bar of the mothership herself, I wouldn’t have been able to recover in many missions. On the other hand, on the rare occasion I was able to build a surplus of ships, they all came with me into the next mission. 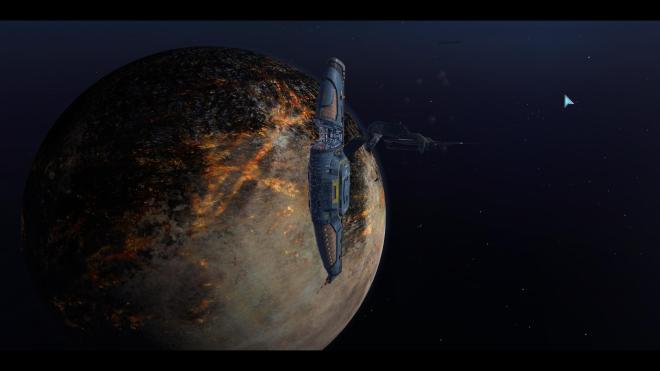 Both games have been given a level of attention far greater than the typical remaster. (In fact, both games are now powered with a reworked and updated version of the 'Homeworld 2' engine.) They don’t look quite current-gen, but everything has been redrawn and enhanced to make the games look far prettier than their original incarnations. In order to work from original assets and to maintain the original direction of the games, Gearbox sought out the help of various ex-Relic developers, including Blackbird Interactive's Rob Cunningham.

Ship textures in particular look lovely, with many of the distinctive markings from the original still intact. HD is supported up to and including 4K. Nebulae and celestial bodies like planets have been significantly upgraded, as have the lighting. The game plays smoothly, even during pitched dogfights. 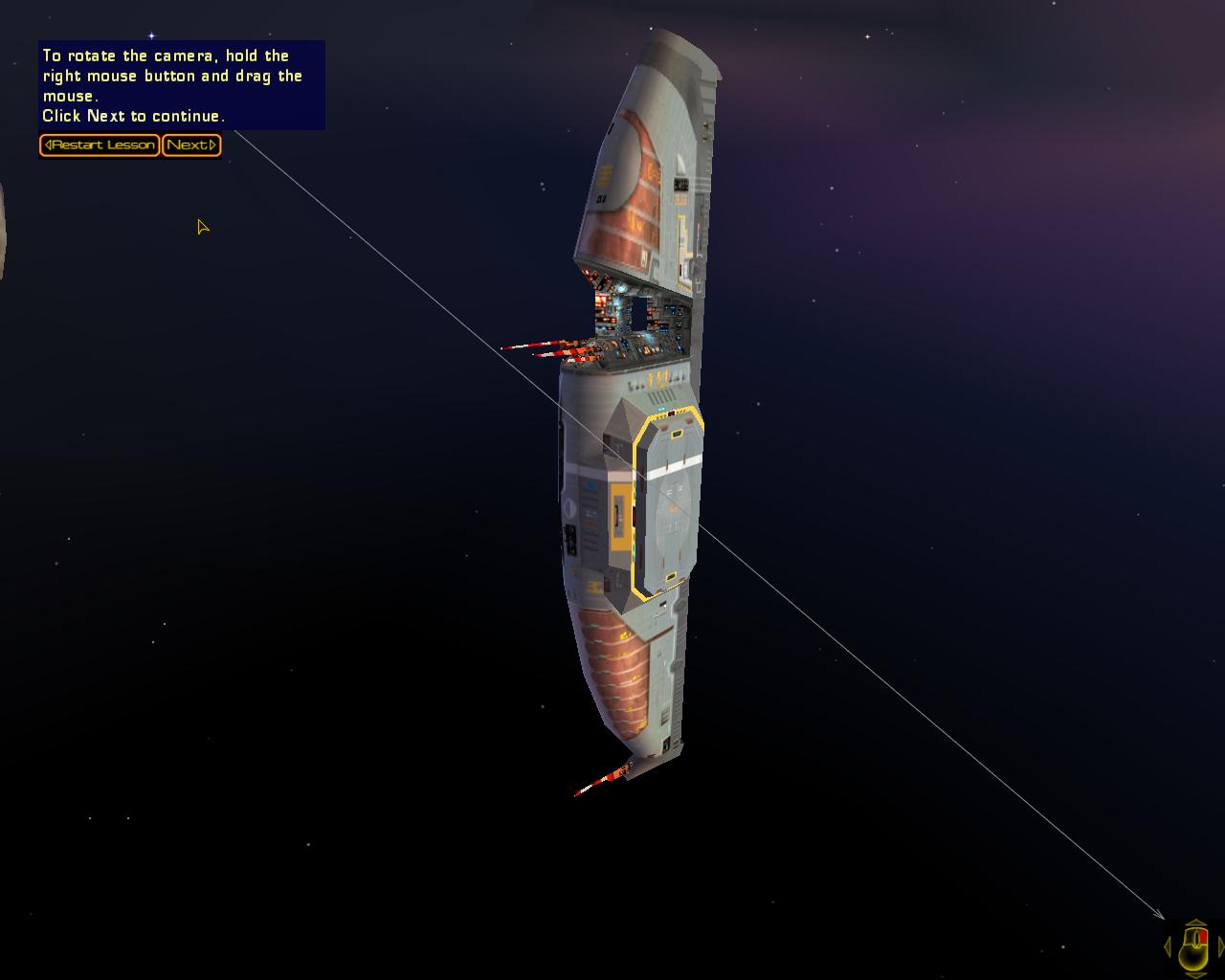 Because 'Homeworld' is played in three-dimensional space, things are going to get a bit complicated with the controls. To its credit, the game has decent tutorials and several different options with both the keyboard and mouse to facilitate unit movement. However, sometimes my fleet simply wouldn’t move where I wanted it. This was especially true when trying to use freeform movement, as opposed to simply clicking on enemy units. More advanced controls, like setting up patrol waypoints, can be frustrating.

The remastered games feature restored audio sourced from Paul Ruskay's DACs. The spaceships sound convincing, and the score is not typical space opera but instead quite haunting and eerie, and it evokes the chill nature of the empty wastes of outer space. In spite of the efforts to remaster the voice acting, the mix of restored and new recordings is the only weak point of the audio presentation. Many of the actors sound like they’re reading their lines or are otherwise flat.

As covered in the HD Bonus Content section below, there is a lot of content beyond the two lengthy campaigns of the remastered versions of 'Homeworld 1 & 2.' The remastered campaigns on their own are worth replaying in their right, and the multiplayer possibilities add even more to the package. There is a combined multiplayer beta for the remastered editions, with maps allowing up to 8 players as of the current build. Although I had difficulty finding human opponents, slots can be filled with bots and their difficulties can be tweaked as desired, and this combined with the decent selection of maps results in many additional hours of play beyond the campaigns.

In addition to the remastered versions of both 'Homeworlds', this compilation also contains the originals themselves, retooled only slightly to function on a modern operating system. These originals, while great for nostalgia, haven’t been ported over as well, and there are some resolution and window issues when the video settings are altered. They otherwise play smoothly. Both games (and the originals) also have mod support. The extensive nature of the collection along with the quality of the remaster sets a high standard for what a remaster can be. The absence of 'Homeworld: Cataclysm' is regrettable. Due to the demise of GameSpy, the multiplayer of the classic versions is now defunct. Fortunately, the new multiplayer can do tricks that the classics never (officially) could, like pit 'Homeworld' and 'Homeworld 2' fleets against each other. Hopefully, with the community involved, Gearbox can work out any kinks that arise during the multiplayer beta. 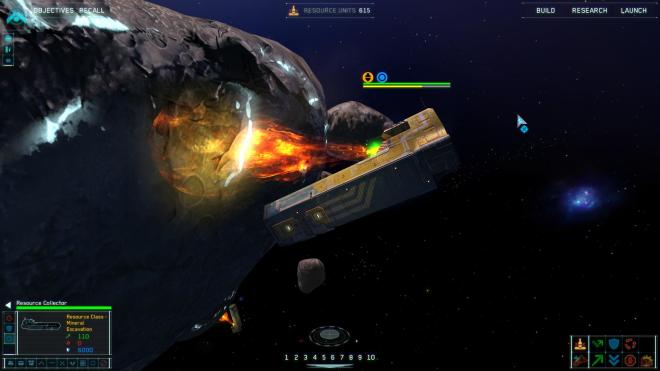 Gearbox has taken great care with their treatment of these RTS classics, going so far as to hire on some of the original developers to assist with their work. The visuals are a clear stand-out, but the classic gameplay still shines through in 'Homeworld Remastered Collection.' For enthusiasts who have been struggling to find a suitable medium on which to play 'Homeworld', this is the perfect gift of nostalgia and modern gaming sensibilities. For those who are inexperienced with the series and have any interest in the RTS genre, this compilation will keep you entertained for quite some time.