The Game Itself
4 Stars
The Video: Sizing Up the Picture
3 Stars
The Audio: Rating the Sound
4.5 Stars
Replay Factor
4 Stars
Bottom Line
Recommended

The Creative Assembly is a British studio owned by Sega, most famous for their 'Total War' series of PC strategy titles. They occasionally branch out into other genres, such as last year’s successful 'Alien: Isolation'. 'Total War: Attila' is their most recent title, and the first 'Total War' since 2013’s 'Rome II'.

The 'Total War' series has a wide historical span, from the early days of the Western Roman Empire through the campaigns of Napoleon. 'Attila' takes place at the end of the fourth century AD, coinciding with the fall of Rome as a superpower in Eurasian politics. Attila himself, the Scourge of God, was leader of the Hunnic Empire for a period of two decades in the fifth century. His campaigns over the Eurasian continent were successful enough to place him among the most capable of conquerors: Alexander, Temujin, Octavian, and Timur, among many others. His leadership turned the united Hunnic tribes into a centralized, terrifying horde of cavalry that, at the height of his power, conquered the known world from modern-day Kazakhstan in the east to the borders of France, and from Lithuania to the borders of Bulgaria in the south. 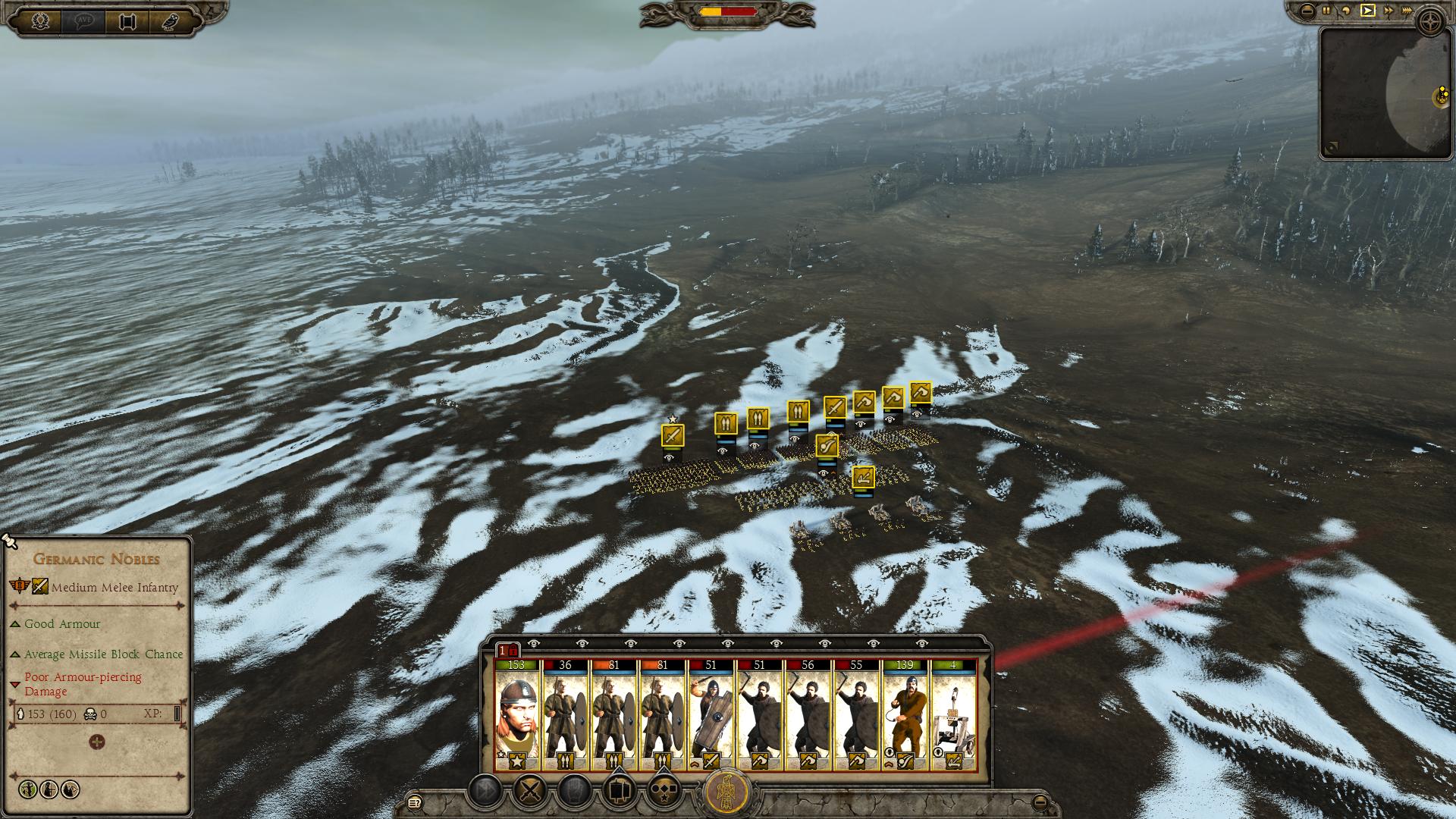 'Total War: Attila' does not deviate markedly from the basic structure of the series. There are two main components of gameplay: the turn-based overland map, and the real-time battles between armies on the field. The overland map is not unlike a board game, where I was free to manage my empire year on year by completing construction projects, developing the royal family, and recruiting soldiers. Armies are represented by pieces that move around the provinces, and when two opposing armies meet, the game shifts to the battlefield. During these segments, the armies move around the field in real-time, jostling for the best positions and eventually engaging one another in projectile and melee combat.

This is a basic explanation of a very complex and detailed system of mechanics. 'Total War' is meticulously researched, and every release in the series has allowed Creative Assembly to further deepen their craft of nation-building. Provinces, characters, armies, and battles can be micromanaged to an extreme degree. The game includes a thorough encyclopedia that serves as both tutorial and history professor (I just wish it had come with a search function).

When playing as the nomadic Huns, who do not occupy provinces but instead carry their cities with them, each army can bivouac indefinitely to become a proto-city. In this state, the army can grow its yurt resources and replenish its troops. When I wished to move them again, they could enter a migration state and cover vast distances, or enter a raid state to attack enemy armies and sack cities. Only the Huns display this feature - the other factions are content to live in cities and send out conventional armies.

While each faction has their own set of units and abilities, the storyline is ultimately up to the player. Each royal family can be grown and meddled with, from political promotions to arranged marriages to assassinations. Objectives are dispensed by the game that provide rewards when completed, like taking a certain city or avoiding factionwide hunger, but I was free to ignore these and plan my own reign of terror. In line with real history, the Hun faction is a devastating and nearly unstoppable cavalry force, and probably the most fun and unique to play. In their campaign I slowly grew my hordes, carefully avoiding conflict with the larger empires while razing smaller provinces for supplies, until Attila was born and came to power. Then I swept through Europe like a freight train and seized everything, in true Hun style.

Each 'Total War' playthrough is a long, drawn-out affair, but generally manages to avoid tedium until the late game. At this point there is a lot going on in the world map, and each turn can take awhile to complete. After dozens of battles, each taking anywhere from five to forty-five minutes on average, I began to hit the autoresolve button more often than not. 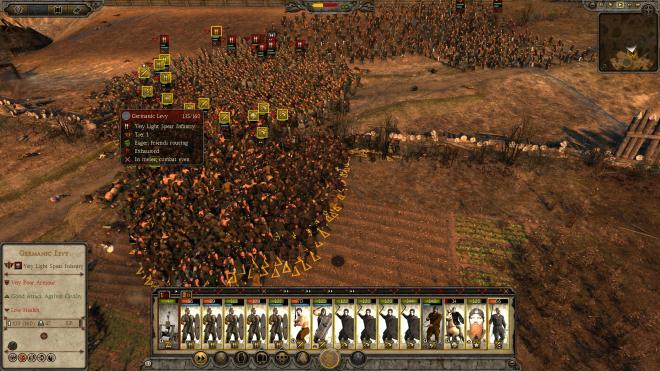 'Attila' doesn’t look much better than the preceding 'Total War' from 2013. That’s not to say it’s bad, it just hasn’t made much progress. The environments look nice, both in the overmap and on the battlefield, but the character models and textures lag behind. The weather effects have been improved somewhat, with more realistic fog and rain. Unfortunately, pitched battles strain the engine and can mire down the framerate somewhat. 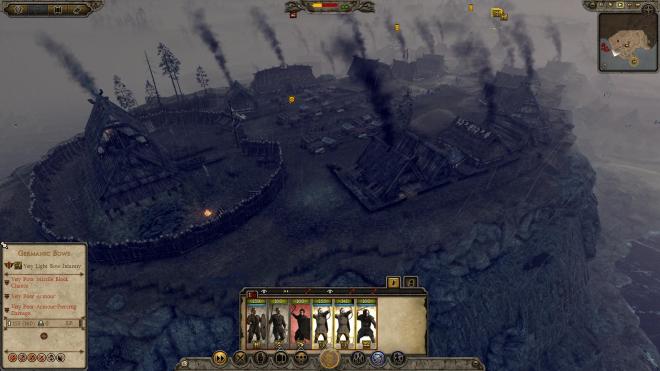 'Attila' has a beautiful soundtrack that has a different flavor depending on the faction controlled. The Huns have a more tribal, percussive beat, while the Romans are accompanied by a stately sound. The sound effects during battles are convincing, with lots of authentic-sounding hooves, weapons being clashed against shields, and things being set on fire. The advisor’s voice acting is well done, but the pep talks from the generals before each battle are a bit hammy, which is a longstanding 'Total War' tradition.

Aside from the marathon of a prologue and the Grand Campaign, 'Total War: Attila' offers one-shot encounters that are specially formatted to coincide with historical events. This includes the Battle of Samarra, where Julian the Apostate fell in battle against the Sassanids, and two of the later battles between the Romans and Vandals near Carthage. As of release there are nine such historical battles. 'Attila' also features a multiplayer. Many settings can be tweaked by the host prior to play, and players can team up for co-op fights against AI opponents or other humans. 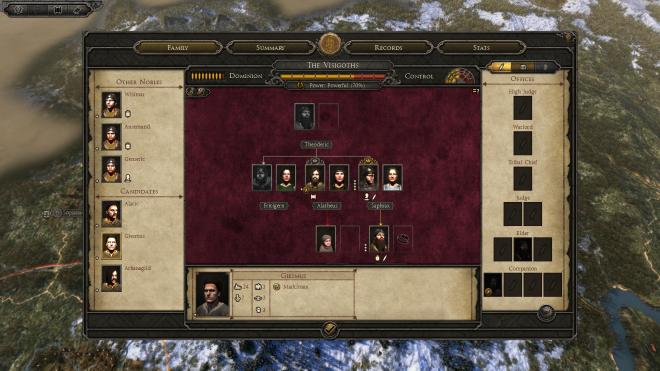 'Total War: Attila' plays well for the most part, as it lives up to the series' deep and enjoyable standards, but doesn't feel like a leap forward. It is a complex, demanding, and often difficult strategy title, and all of these are to its credit. Playing as the Huns does have its own nuance, while the accompanying historic scenarios help fill out the era. 'Attila' is not chock full of innovation and neither are technical achievements dazzling, but it does sport a reasonable price point at release, somewhere in between an expansion and full retail.