The Game Itself
4 Stars
The Video: Sizing Up the Picture
2.5 Stars
The Audio: Rating the Sound
3.5 Stars
Replay Factor
3.5 Stars
Bottom Line
Worth a Look

This week’s episode of 'Revelations 2' continues the story of Claire, Moira, Barry, and Natalia from last week. As before, Claire and Moira are paired up in the first half as they search for a way out of their island prison, and then Barry and Natalia take over 6 months later, as Barry has come to the island to search for his daughter. This episode also introduces several supporting characters such as Gabe, Pedro, and Neil, who are all Terra Save employees who have been likewise abducted and enrolled into the mysterious Overseer’s nefarious experiment. 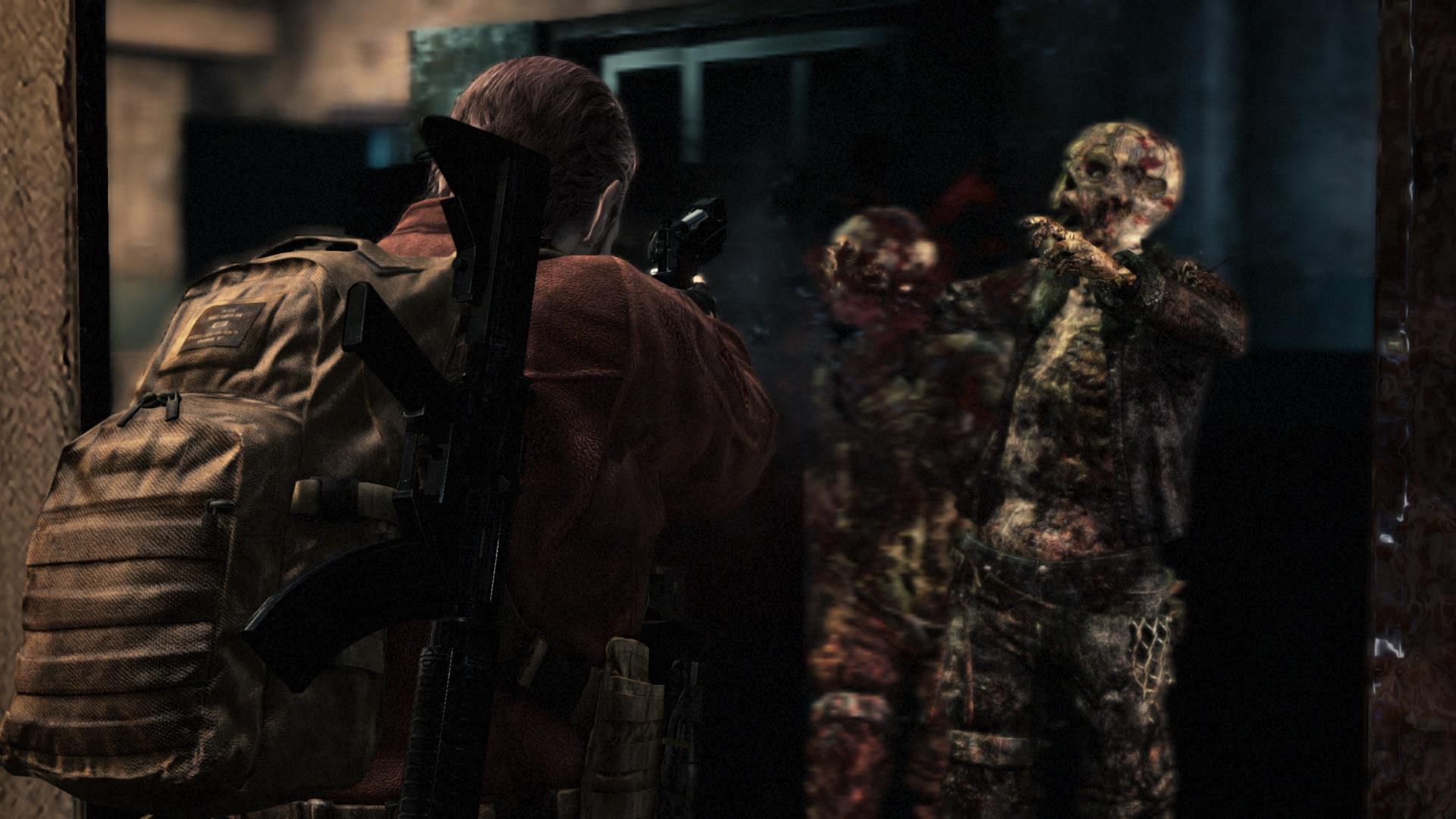 With the introductions out of the way in 'Penal Colony', 'Contemplation' can start digging into the storyline in a slightly more expeditious fashion. While the answers are coming, they are still coming slowly. Much of Claire’s segment is about survival more than discovery. Her primary goal is escape, which is frequently interrupted by the freakish denizens of the prison. The Overseer still does not talk much, but a few tantalizingly vague memos and journals scattered about the maps fed me clues about the experiment’s history. 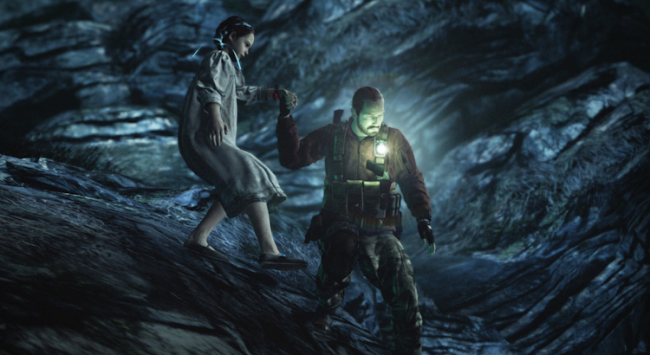 Barry is less interested in escape than he is with determining the fate of Moira. Natalia is still with him, and is a very helpful (if confused) partner. New enemy types include large mutated houseflypeople that can turn invisible, making it nearly impossible for Barry to hit them without Natalia’s special vision mode. Unfortunately, playing solo waters down this experience, as I had to swap back and forth several times to keep my shots on target. AI Natalia is not as reliable with her spotting as a human partner.

The supporting characters appear only briefly, and it is soon apparent that they serve little purpose besides illustrating the terrible price of the weaponized plague that coats the island. Normally that would be a problem but here I don’t mind it, as it keeps the focus on the four main characters and frequently reminds me that no one else is going to help us escape. Moira is probably the least likeable of the four, prone as she is to complaining and helplessness. Even Natalia the child is tougher than her. Claire is her usual stoic self, preferring to remain quiet even when everything is turning to hell around her. Natalia, despite her limited understanding of current events, is probably the most competent of all of them. Barry is sage and methodical and still cracks bad jokes whenever possible. 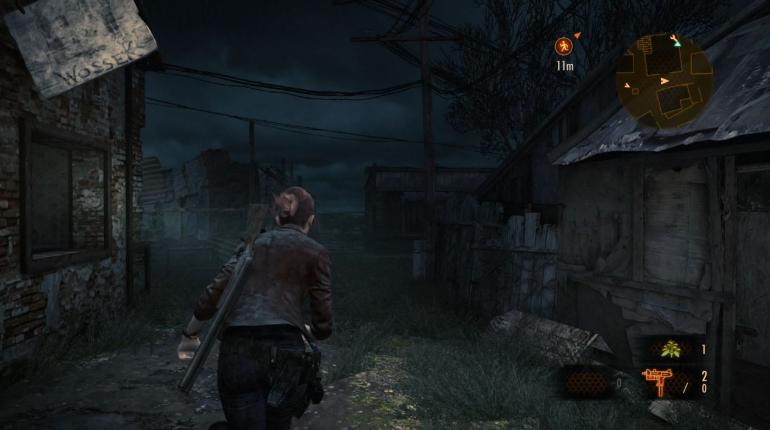 Despite the ongoing characterization, gameplay is almost the same. This is not unexpected, but the more I play 'Revelations 2', the more I disagree with the decision to split it up into episodes, even if they’re spaced so close together. It just doesn't seem like the kind of game that is ideal for this format. It does sport the game’s first real boss fights. The first one, in Claire’s segment, was pretty challenging, with waves of enemies and several bullet sponges among them. Barry’s boss was downed quickly, as it had some pathfinding issues and was content to get stuck on a table while I poured ammunition into it.

The series is strengthening, but it still has its silly moments. One of the first objectives is to repair a downed helicopter. Naturally, the battery (which I presume is a special kind of battery meant for helicopters, pardon my ignorance in aviation mechanics) and the fuel can both be found in a nearby fishing village. The village is abandoned by its former human residents who were quite poor, but of course they had helicopter fuel and spare parts lying around their closets. In the first boss fight, the opponent is a grotesque creature whose primary weapon is a combination drum/fireball launcher. One of the bosses inexplicably shouted out "Balls balls balls" while he pursued me. It sounds more like 'Dead Rising', but still takes itself somewhat seriously. 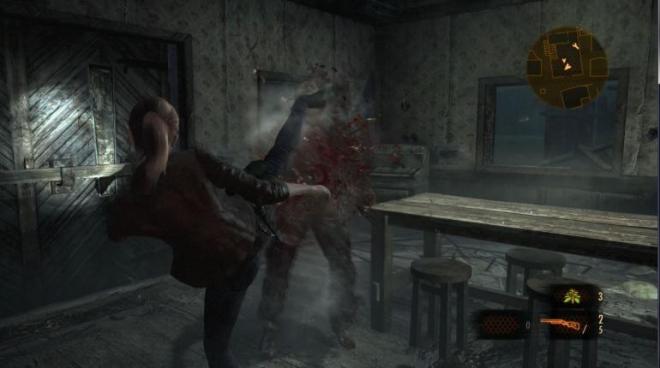 'Revelations 2' looks much the same as it did in the first episode. There are a few new enemies with interesting models, like a giant drill-wielding monstrosity covered in eyeballs. The invisible enemies have a disorienting effect when they are approached, which when combined with Natalia’s urgent shouts, is effective at generating some dread. 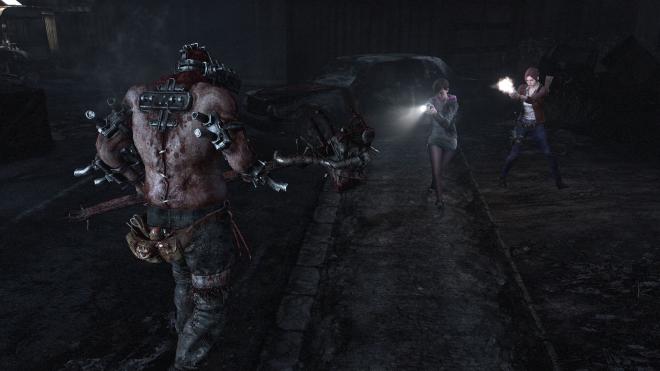 The newly introduced supporting characters are voiced adequately, and Pedro is the comic relief. There is not much else to report in this area.

Raid mode has some additions with this episode, and also offers daily challenges to fill in the action gaps for those who don’t get enough from the campaign. The episode’s replay modes are also appealing, with lots of optional objectives and permutations to liven up each 4-hour playthrough. 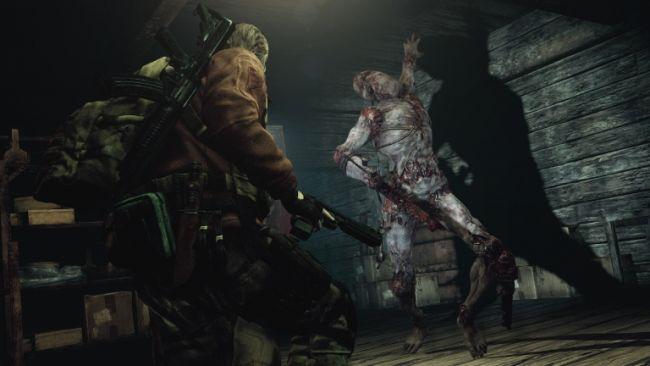 'Resident Evil Revelations 2' is making modest progress with 'Contemplation'. The ending in particular makes me feel like we’re getting somewhere. A lot of the persistent 'Resident Evil' issues are still hanging around, but as more of the game becomes visible, more of its merits are surfacing at the same time. So far, so good.