The Game Itself
3 Stars
The Video: Sizing Up the Picture
3.5 Stars
The Audio: Rating the Sound
3 Stars
Replay Factor
2.5 Stars
Bottom Line
Worth a Look

These days, split-screen, and other flavors of local co-op are a dying breed. One exception that appears to be on the rise is couch co-op which is the focus of Dissident Logic's 'Paperbound.' 'Paperbound' joins a growing class of couch co-op brawlers. In 'Paperbound,' four players battle it out on the glorious pages of classic books to become the king. On paper, anyway.

The best and worst thing about 'Paperbound' is the very fact that there isn't much to say. The premise is deceptively simple: Several characters from a range of literary touchstones (with a few indie game cameos thrown in for good measure) run around and slash at each other with swords, throw scissors at one another, or toss bombs full of ink to erase each other the pages of a book, until a tear opens up allowing them to escape onto the next page. In theory, it's a 'Smash Bros' clone where you have to escape through a portal to win.

The twist is where things get interesting: There's a button allowing each character to reverse gravity, and walk on the ceilings and walls at will, allowing for high speed aerial slashes from one wall to another from half the stage away, dodging a hit by sticking to the ceiling, or getting the drop on an enemy by reversing the gravity and coming down with force. The result is that these are some of the most mind-bending little fights you'll ever experience. Attacks are simple, with a jump, a slash, the aforementioned gravity button, and the ink bomb tied to L2. It's a deceptively simple set of mechanics that thrill in practice. The additional portal mechanic also makes it so victory is never an assured thing, even after a total blowout, where mad dashes to guard the way out of the stage become their own little mini-games. 'Paperbound's most basic fight has hundreds of strategic possibilities, belying its tiny indie nature. 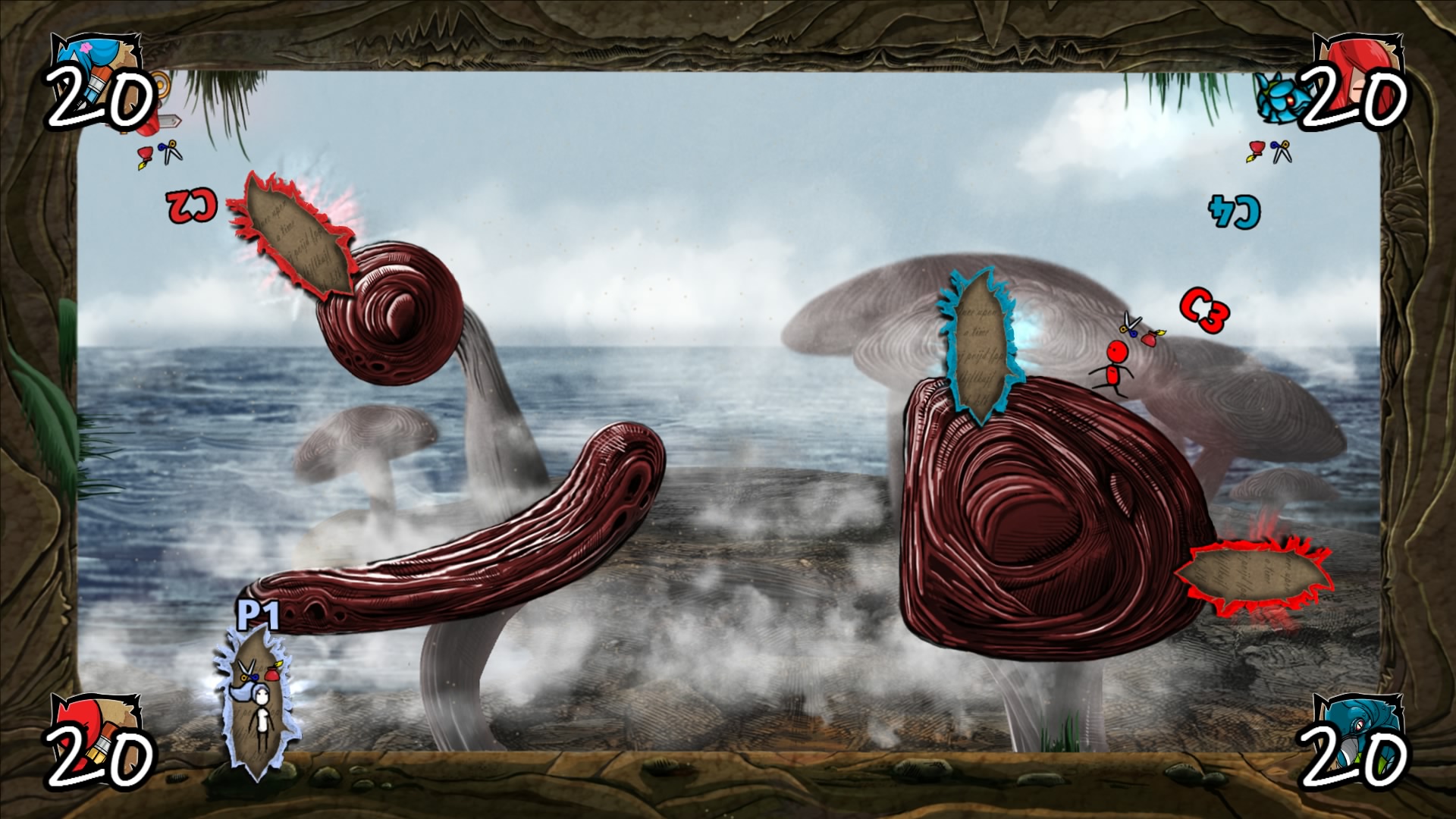 In fact, that's the problem: 'Paperbound' demands more. It introduces the stages as a world of classic books brought to life, but backgrounds are static and, except for the Inferno stage, which takes place on a constantly moving set of literal floating ribs, their personality is never tapped into. Each character is simply but appealingly designed, but they are miniscule during gameplay, and none of their inherent personality or elements from their respective stories comes through, except for 'Guacamelee's Juan, who gets to punch enemies instead of swing a sword.

There are two other game variants: fun little twists on FPS mainstays Capture the Flag and King of the Hill, a 5th stage to unlock, and single player does allow you to play against up to 3 other bots, all of whom are surprisingly cunning fighters, but not in an aggravating way. And...that's it. It's disappointing for the best possible reason: 'Paperbound's gameplay is hectic, innovative fun with a unique premise and gimmick. And yet, it feels like a proof of concept rather than a full game. 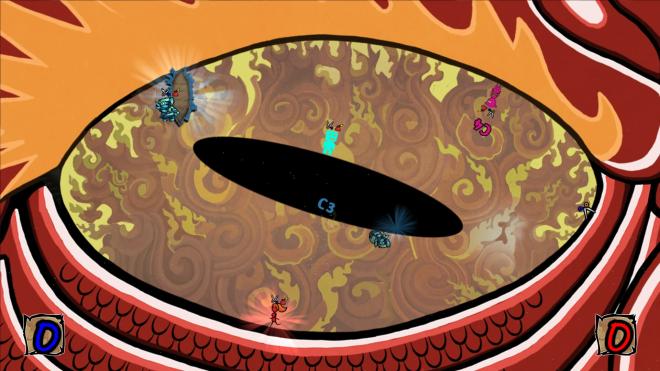 'Paperbound's characters are in Squint-O-Vision, but the effects of pages tearing, enemies dying in a satisfying cartoon POOF are all delightful. The environments they fight in are vast, colorful tableaus of imagination. It'll be hard to notice in the thick of a wild brawl, but they're well done. 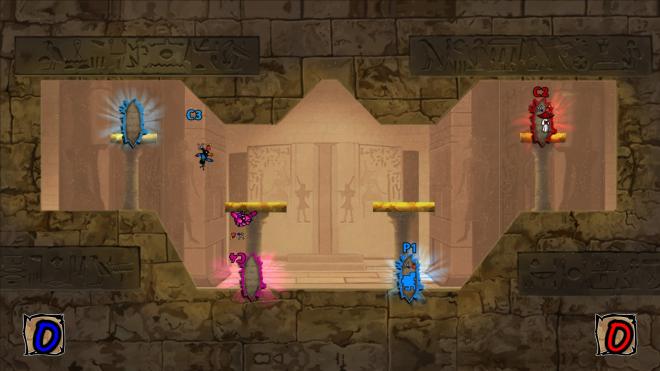 Again in the category of "Not much to report". The game's score is playfully rousing, but the sound effects are a bit on the tinny side.

As far as party games go, you can do a lot worse on the PS4, though one imagines it works better in bite size chunks instead of hours-long marathons. 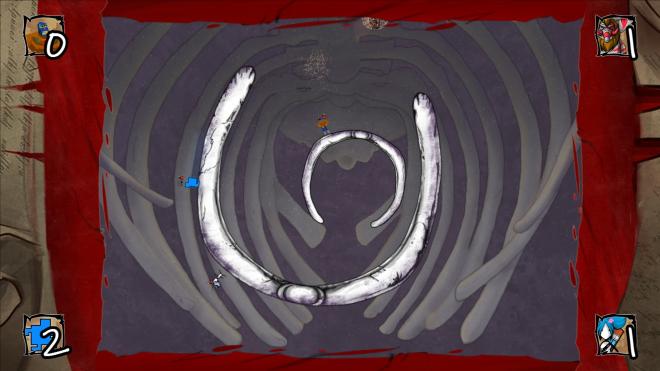 'Paperbound' feels like a game on the wrong platform. As a Vita game, or a mobile title, something to play on the go when you have a half hour to kill waiting for something bigger to download, 'Paperbound's simplicity would be a boon, a perfect slice of hectic mayhem to pull out of your pocket on a whim. As a PS4 game, though, it just feels thin, a delicious bite that makes one pine for the satisfying main course that doesn't come. Still, it's hard to be immune to its charms in the moment. There's nothing to dislike about 'Paperbound' aside from the fact that there's not more of it. That's the best kind of problem to have.