The Game Itself
2.5 Stars
The Video: Sizing Up the Picture
3.5 Stars
The Audio: Rating the Sound
3 Stars
Replay Factor
2.5 Stars
Bottom Line
For Fans Only

Life is Strange - Out of Time

The newest episode for Dontnod’s 'Life Is Strange' is 'Out of Time', which follows January’s 'Cocoon'.

'Out of Time' follows immediately after 'Cocoon'. Max is starting to get better at her time travel ability, even if she’s no closer to understanding its implications or how she has been bequeathed this amazing gift. She has been reunited with her estranged childhood friend Chloe, a stereotypical punk rebel teen whose domestic life is a mess of debt and abuse. To say that the story is continuing is both correct and a bit misleading. When experiencing the episodic game format, each episode is expected to move things forward. Typically, this means the second episode ratchets things up after an establishing first episode. Typically, that may be true, but not here. 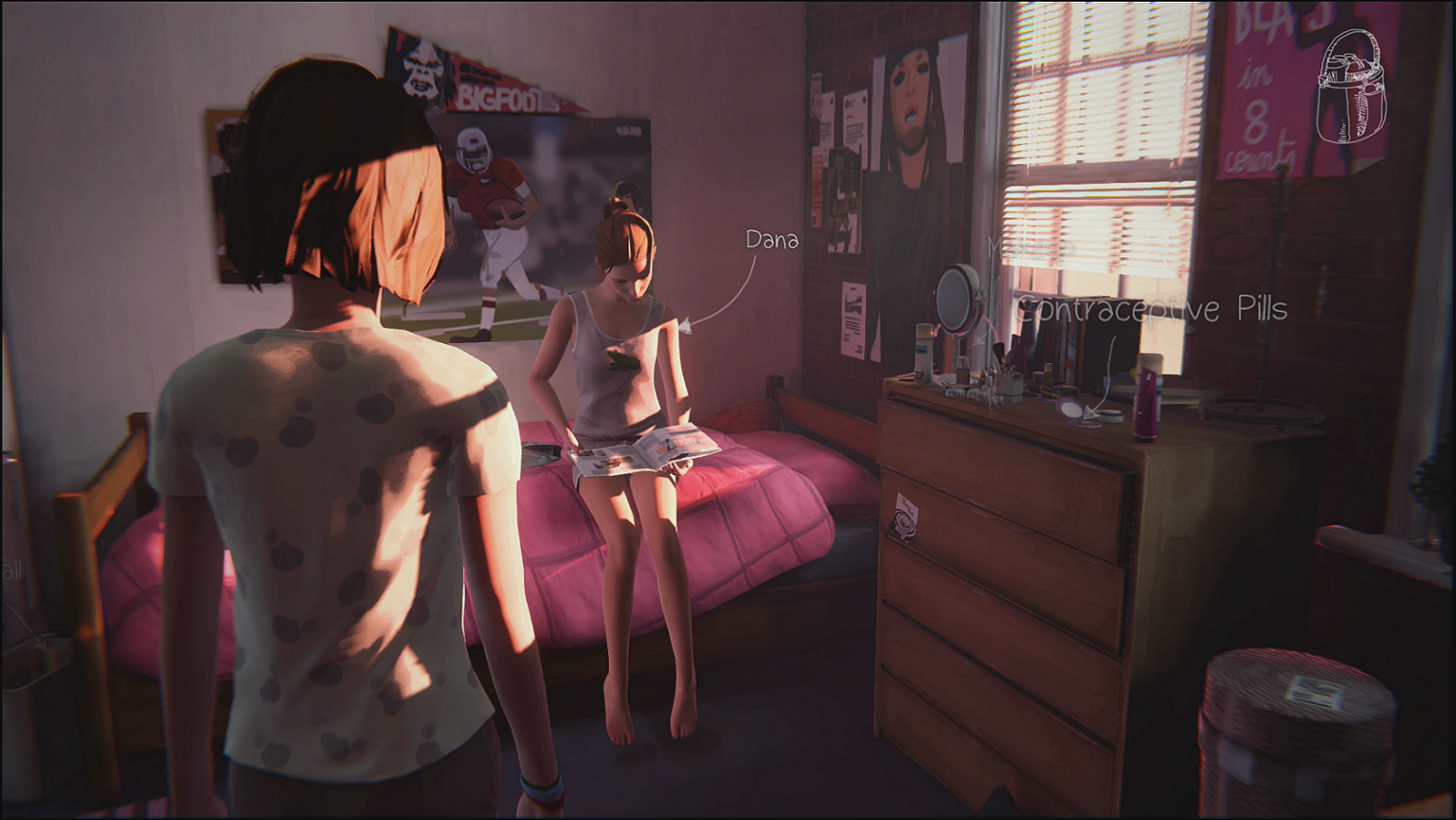 The episode starts out very slowly, almost to the point of boredom, and stays that way for a long time. Some of my first tasks included "take a shower", "return a book", and "collect five bottles in the junkyard". Of course, some slightly more interesting things happened during the completion of these activities, but the story has yet to take off. Most of it is still ho-hum teen melodrama. I’m not sure where Dontnod is going with all of this, and I don’t have to know just yet (it’s still only episode 2), but that doesn’t mean that these early episodes can’t be engaging. 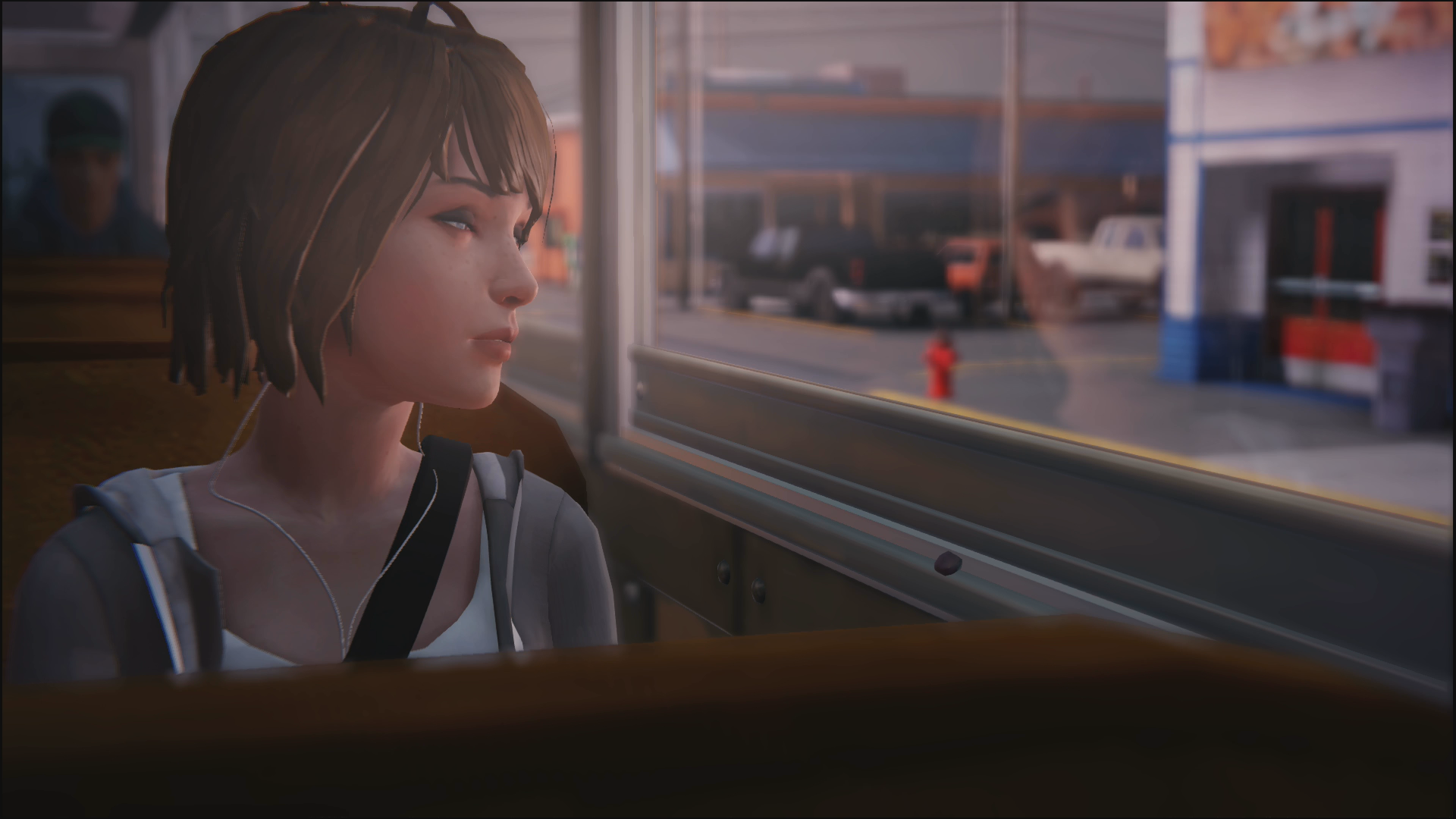 There are a lot of characters in this episode, many of whom don’t receive much screen time except for Max and Chloe. Max is likeable enough but not particularly interesting. She loves Chloe for her "coolness" and "independence", but I see Chloe as an irresponsible, shady 19-year-old who still lives at home and doesn’t seem to have a job. Chloe also likes to abuse Max’s time travel ability for her own entertainment, even after Max collapses from using the power too much. With friends like these, who needs enemies?

Max’s enemies include the self-proclaimed Vortex Club, a group of trendy bullies at Blackwell who have connections to drugs, date rape, and a missing student. Max is getting drawn into this circle of degenerates, and has the opportunity to be friendly with them even as they attempt to destroy the life of another Blackwell student, Kate. Kate buckles under the pressure and things come to a head near the end of the episode. That scene is dark, depressing, and poignant, and singlehandedly rescues 'Out of Time' from the mediocrity of a weak early episode, if only just. 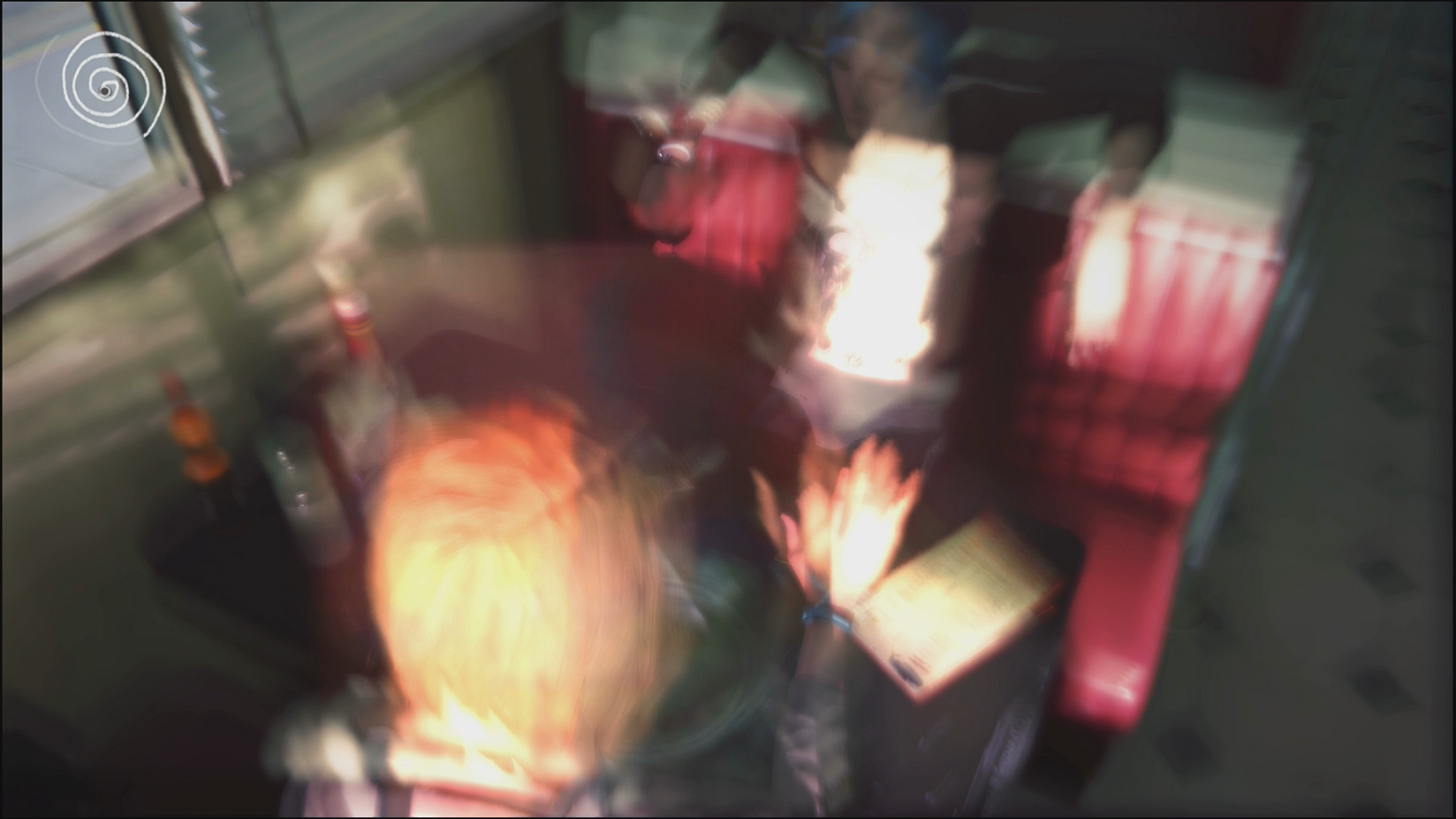 In the last review I had mentioned that there was a sinister aura permeating Arcadia Bay. It is still there, but the villains are in flux. I’m hoping that the conspiracy goes a bit deeper than angry drug dealers and overzealous security guards, and there is definitely hope for that. In addition to her rewinding, Max has also been experiencing strange dreams, visions, and blackouts that allude to an even more dangerous future. The powers themselves are also taking their toll on her, and I wonder if she will find herself powerless at inopportune times, or even injure herself.

When not doing things like collecting bottles or showering, it's nice to explore Blackwell and Arcadia Bay. There are a lot of things lying around, just waiting to be commented on or photographed. Some of it is salient to the plot, but much of it is just environmental flavor. It may be full of vapid teens and predictable adults, but at least the setting of 'Life Is Strange' is entertaining, if mostly familiar Americana. There are also some segments using Max’s power for more than just changing my decisions retroactively or helping her friends avoid getting hit in the head with rolls of toilet paper, but nothing super cool has been done with this mechanic just yet. 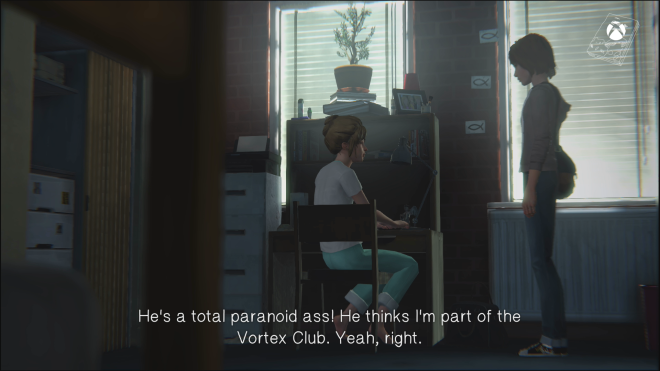 'Out of Time' looks just like the last episode of course, and that’s a good thing. The visuals are good, with a decent texture quality and some pretty effects. Problems are rare except for an issue where multiple selectable items can clutter up the action button. Heaven forbid I pick up my tablet when what I wanted was the camera. 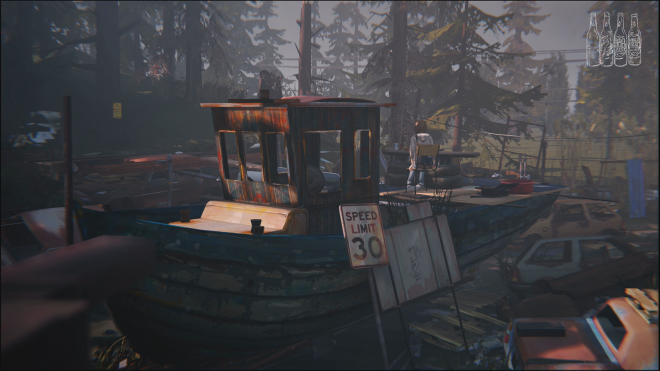 The voice cast is pretty good and the dialogue isn’t terrible, although the frequent use of the word "hella" makes me wince a lot. Perhaps I’m getting too old. The great music of the last episode has taken a step back, and isn’t heard as much here.

Not really enough content here to justify multiple playthroughs, although if you want to be a perfectionist and grab all of the optional photo ops, that’s really the only collectible. 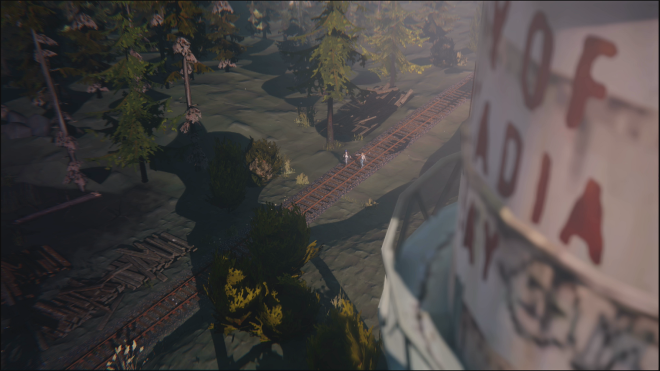 'Out of Time' is a step back for the burgeoning 'Life Is Strange'. I can’t see the forest through the trees, so to speak, and this episode had some difficulty in keeping me interested. The first hour or so especially almost lost me. There are enough plot threads to warrant a mild interest for the next episode, but I hope we haven’t already seen the best of what Dontnod has to offer.