The Game Itself
2 Stars
The Video: Sizing Up the Picture
4 Stars
The Audio: Rating the Sound
4 Stars
Replay Factor
1 Stars
Bottom Line
For Fans Only

What do you get when you take the aesthetic style of Frank Miller's 'Sin City' and mix it with survival horror? Osome Studios and Activision seek to answer that very question in 'White Night' a visually astonishing riff on a rather (in)famous genre.

Throwing the players in the vintage shoes of a nameless, protagonist, 'White Night' begins innocuously enough: a hero staggers out of the bar, foolishly climbs behind the wheel launching into an atmospheric pseudo-interactive opening credit scene before encountering a ghostly apparition of a young girl. Cue a stock car accident, a badly injured, quickly sobering-up everyman, and a mysterious house within walking distance, and an exploration into noir-horror begins.

At its best, the survival horror genre has given us much more than just 'Resident Evil.' Add to a quality survival horror game, a compelling atmospheric narrative and you get a 'Silent Hill.' On paper, 'White Night' has the makings of being worthy of comparison to the seedy creep factor that permeates the 'Silent Hill' series. A confused protagonist in a mysterious setting? Check. A mystery surrounding the former inhabitants of the game's setting? Check. A grounded level of interactivity with the environment, creating an atmosphere of a believable hero? Check. 'White Night' takes all these key elements and adds on top of it all, an innovative gimmick/gameplay element, yet still misses the mark in a few key areas. 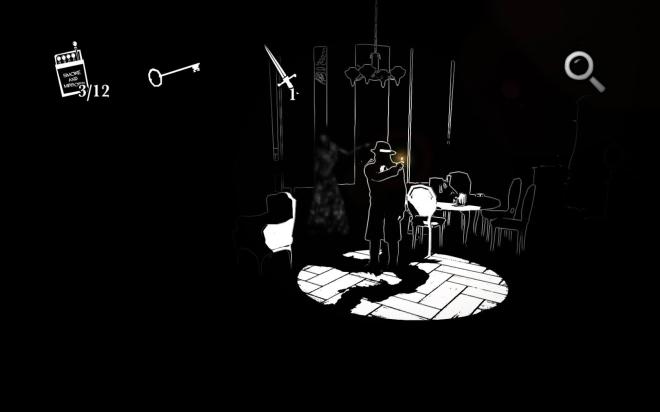 From a pure gameplay perspective, 'White Night' controls incredibly smoothly; sure, the protagonist initially moves like a ton of bricks (he's just walked away from a car crash after all), but soon he's off and running, embarking on a quest through a mysterious mansion that contains its share of puzzles, atmosphere, and a slowly unwinding tale that represents 'White Night's' most powerful selling point. Light itself is a key game element and the developers chose to make it a commodity more precious than bullets in a 'Resident Evil' game. As you progress through the mansion's corridors and ballrooms, you'll have to keep a keen eye out for matchbooks which provide the player with their only light source in many instances, while simultaneously robbing our hero of a free hand. It's a fresh and welcome addition to the genre and when combined with the core puzzle solving nature of the game, makes for a real workout for the brain from time to time.

'White Night' can easily be tackled in six hours or so if the player is willing to cope with two things: one, managing to avoid the game's biggest flaw (more on that to come) and two, completely bypass a standard item collection mechanic that reveals what really went on in this seemingly decrepit mansion. Coupled with the game's slick atmosphere and never disappointing visuals, getting the big picture of 'White Night's' tale is at least worth one playthrough. Unfortunately, as the game progresses and the supernatural element takes hold, players will find themselves dying due to the game's poorly implemented ghost mechanic, coupled with inexplicably poor camera choices for said sequences. Further complicating matters is a save system that is tedious and sparse; I'll fully admit, I lost a large chunk of gameplay time, by not saving frequently. I was entering a room to which I had just discovered a key, only for one of the mansion's malevolent specters to slowly amble into frame (keep in mind, the in-game camera cuts away); once control was returned to my possession, one mistimed turn of the character results in death and a reload to the most recent save, that just happened to be before a tedious puzzle and a few cutscenes. Ultimately, the player is left with the option of risking lengthy setbacks or constantly using the in-game save system, which is frankly, too slow for a game of this generation. 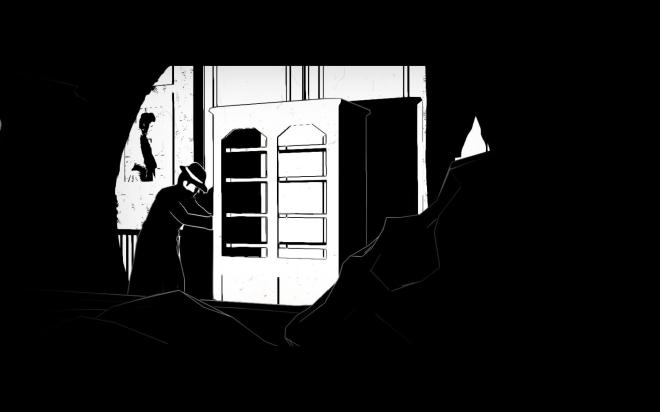 Visually, ‘White Night’ is worthy of high praise. The sharp contrast of black-and-white imagery handles itself nicely throughout. While there are times I questioned the overall character design and in some instances, specific lighting choices, ‘White Night’ is a truly unforgettable visual experience. Apart from some occasional issues with aliasing, the framerate holds up without any faults. Those intrigued by the game’s jazz-era noir qualities will not be disappointed, as ‘White Night’ delivers in spades. 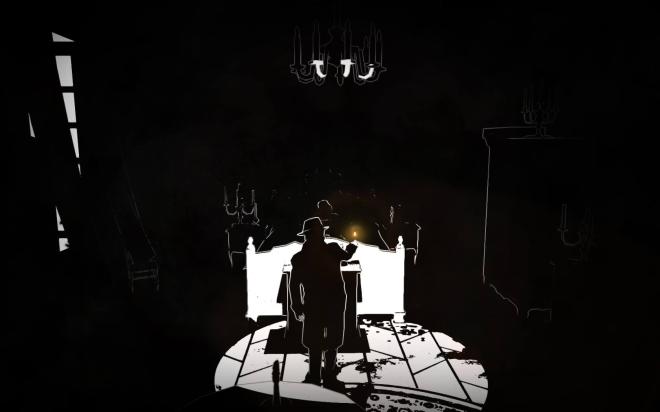 Equally impressive is the soundscape created by the developers. ‘White Night’s approach to sound design is both grounded in reality while still steeped in genre standbys. Atmosphere is the name of the game and ‘White Night’ utilizes surrounds to great effect. Narration during cutscenes is admirable and fitting with the 1930s tone and setting; it is a minor disappointment, this narration doesn’t follow much into the game at large. 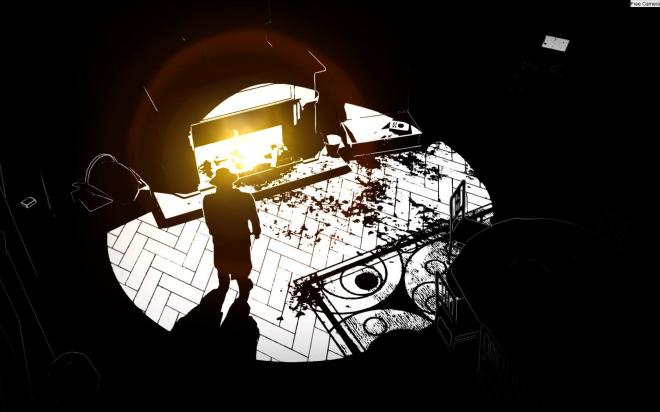 Once the story of ‘White Night’ wraps up, there’s little reason to return to the eye-catching world. I can only imagine someone foolish enough to rush through the game the first time out would venture back in, but on the same hand, I don’t see anyone choosing to invest in ‘White Night’ in the first place, not seeking out answers to the mysteries it poses.

For as much as ‘White Night’ brings to the table on an innovative standpoint, it equally misses the mark by failing to ensure gameplay isn’t hampered by wonky camera angles and de-evolved save mechanics. Still, the noir setting, visuals, and clever puzzles to solve, coupled with a generally creepy back-story, makes ‘White Night’ at least a minor point of interest to genre fans (both those of survival horror and the 1930s hardboiled detective).