'Forza Horizon 2 Presents Fast & Furious' is a fantastic marketing idea, which has been released in time to complement and raise awareness of the new 'Fast & Furious' movie, 'Fast 7. '

Available for both the Xbox One and Xbox 360, this standalone release mixes 'Forza Horizon 2's gameplay engine and mechanics with elements from the film series it promotes. Also, while it's currently free to download and helps support Ludacris' LudaCares Foundation, it won't be free for long. After April 10th, the game will become a paid product, with a $9.99 USD price tag.

After taking to the streets of Colorado with its fantastic Xbox 360-exclusive racer, 'Forza Horizon,' developer Playground Games decided to change things up by sending the sequel to a more exotic location. That resulted in a trip to the picturesque and almost perfect-looking coastal regions of both Italy and France, via another incredible racing game, 'Forza Horizon 2.' One that may, in fact, exist as the genre's best release thus far. 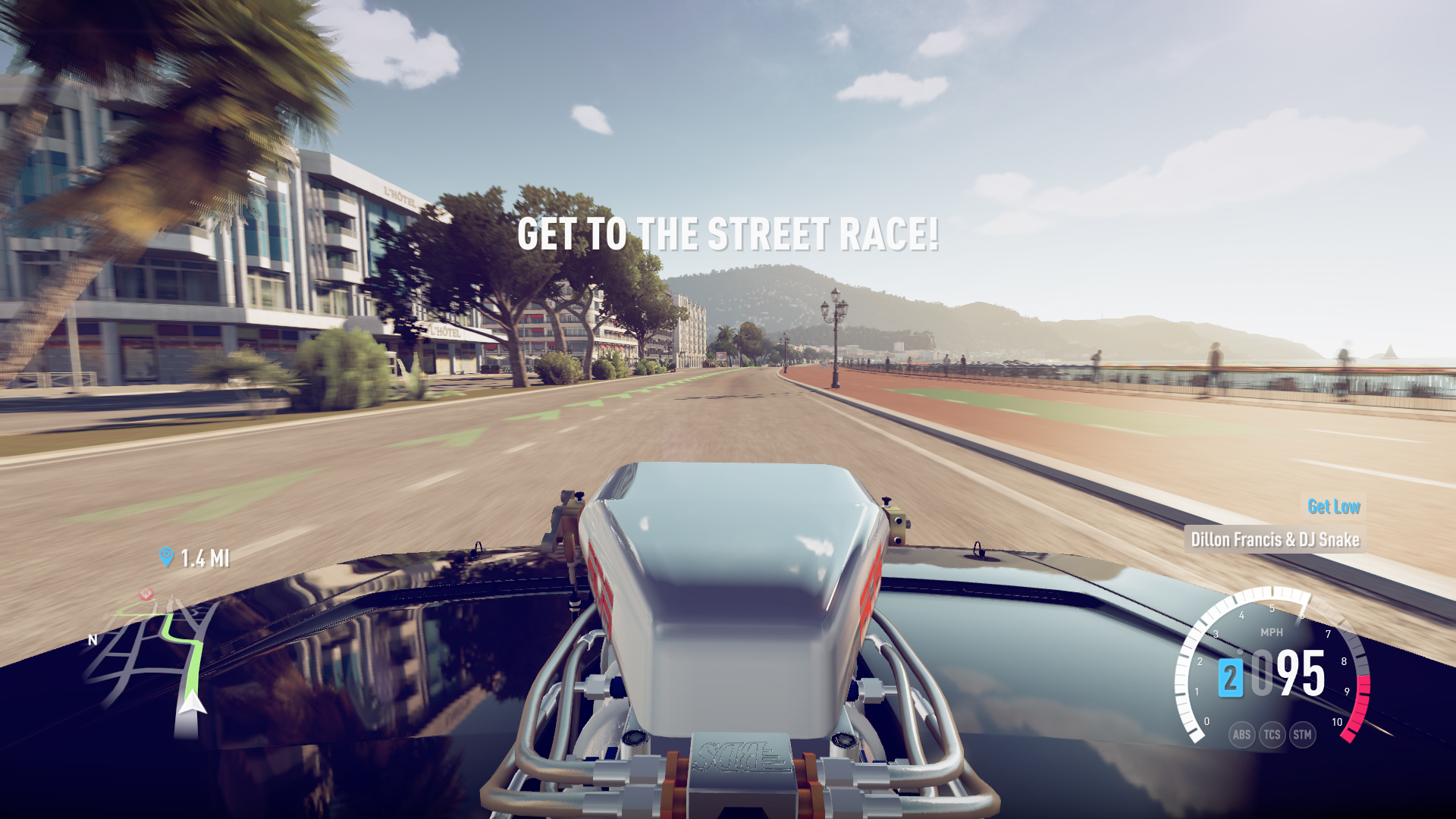 Developed by separate studios for both Xbox 360 and Xbox One, 'Forza Horizon 2' ended up being one of the Xbox One's biggest releases, and for good reason. It delivered on all of its promises, too, by presenting a game that was not only mechanically sound, but also incredibly fun, infinitely replayable and chock full of content, all while touting near lifelike 1080p visuals. As such, its continued popularity comes as no surprise.

Fast forward to six months later, and here comes 'Forza Horizon 2 Presents Fast & Furious,' a game that is as much of a marketing tool as it is a standalone expansion. There's no reason to complain about this partnership between Microsoft, Playground Games and Paramount Pictures, though, because it's far from egregious, overbearing or of poor quality. Instead, it happens to have resulted in one of the best free video games I've ever played, and the second best racing experience available on next-gen consoles, behind 'Forza Horizon 2' itself. 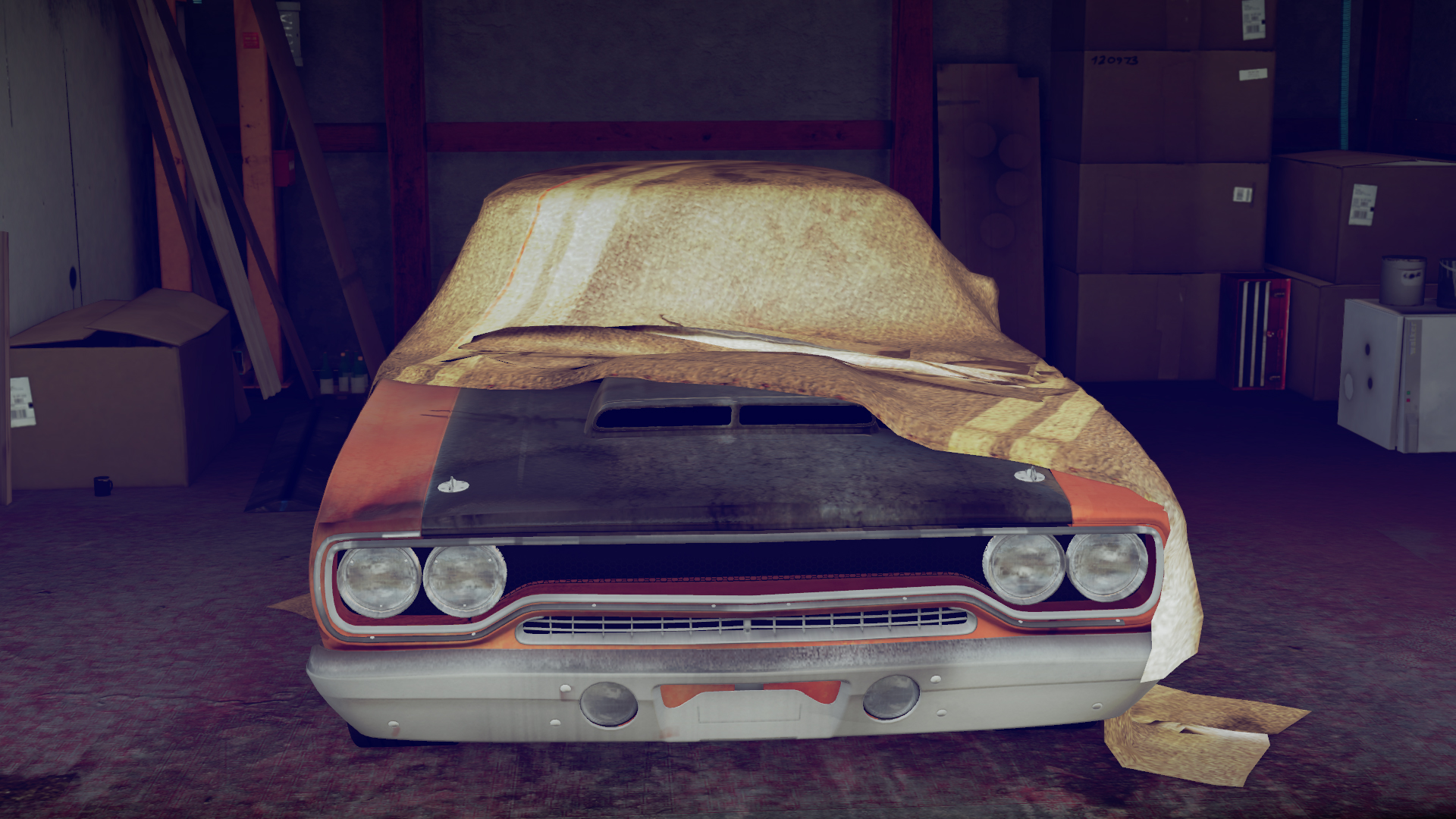 'Forza Horizon 2 Presents Fast & Furious' is a streamlined take on its base game's design, which uses the fantastic mechanics that made its predecessor so popular. Focusing only on Nice and its surrounding area, the promotional expansion's map is condensed but large, and full of things to do. You can freeroam in both solo and online play, search for hidden billboards, or challenge other Festival contestants, just like you would in the main campaign. The difference here is that you're not trying to gain wristbands and improve your overall ranking. Instead, you'll find yourself working for Ludacris, in an attempt to win a list of ten different cars from other racers.

The way that things are set up makes it so that, before entering into any pink slip race, players will have to complete at least one race or challenge, be it a lap-based event, a test to see how many close calls can be had within a short time limit, or what have you. This makes it so that you're tasked with impressing your competitor into betting his car in a race against yourself. It's simple, but effective, and it's not as if a game like this requires any sort of in-depth storyline. 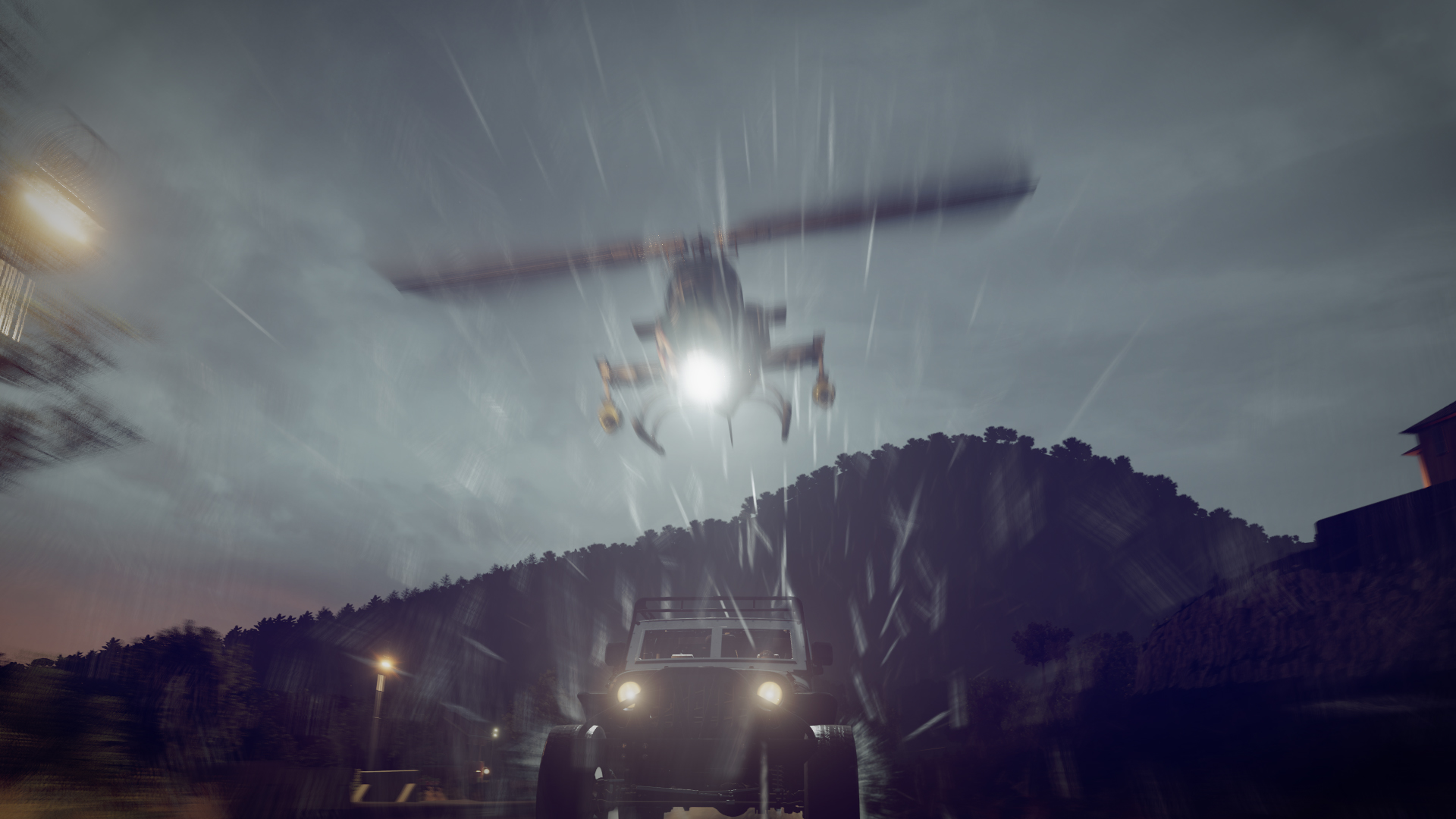 Along the way, you'll come across a couple of story-related showcases, both of which feature aircraft of some sort. These are added infusions of variety, wherein the developers were able to let their hair down a bit and be creative. They're not overly long, but are quite exhilarating, and will be remembered fondly.

Aside from a tweak in the overall "story" structure, the biggest change and the biggest addition worth noticing is the selection of cars on hand, both available to drive and drive against. Cars like a Charger, Supra, GT-R, Cuda, etc. are here, and in their 'Fast & Furious' configurations. It's a treat for car fans no their feelings for the movies. 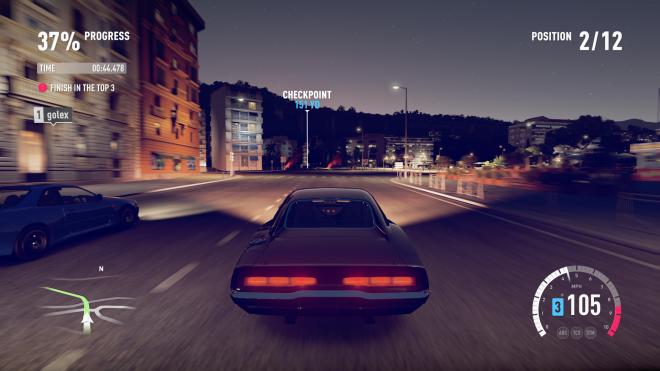 Running on an established engine has its pros, and 'Forza Horizon 2 Presents Fast & Furious' certainly takes advantage of them. Then again, it's not like much was done to change the look or feel of the game from what it was like when it was merely called Forza Horizon 2. The only things that were added were the films' ever-important garage, as well as a bit of branding. So, you're pretty much getting the exact same visual experience as you did before, which definitely isn't a bad thing.

Presented in full 1080p, and touting jaw-dropping models, environments and effects, this freebie is a fantastic-looking extension of the best-looking racing game out there. Its dynamic rain, realistic damage modeling and impressive dirt-spray effects make for a very realistic and thoroughly engaging experience. 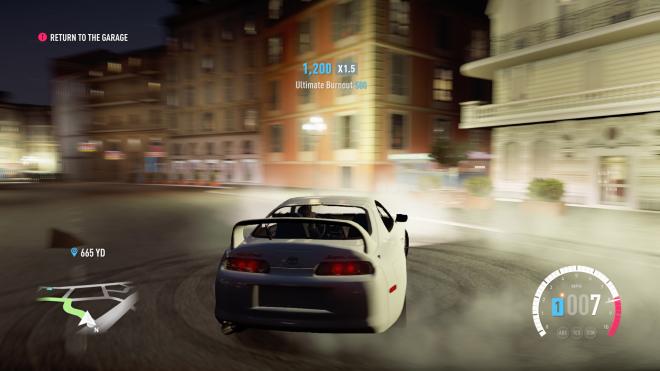 Although he's best known for being a rapper, Ludacris isn't a stranger to voiceovers or acting in general. His experience shows, too, as he's able to provide solid narration that fits the theme of 'Forza Horizon 2 Presents Fast & Furious' to a T. He's casual, but encouraging, and also energetic at times, which all works well.

Complementing Luda's voice work is a brand new radio station that plays music you'd expect to hear in a 'Fast & Furious' movie. It's upbeat, varies in genre and acts as a fitting soundtrack for high-intensity racing like this.

There's a good amount of replay value here, especially for those that don't own the core game. There are Drivatar cars to challenge, billboards to break and bucket list challenges to undertake, but it's just as fun to drive around at high speeds. Of course, as mentioned previously, multiplayer free roam is also available for those who like to play with friends. 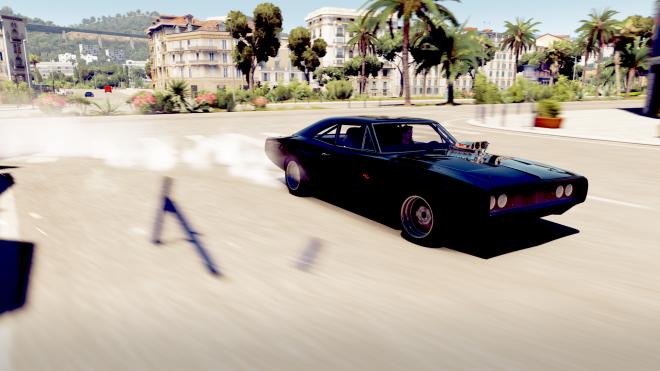 'Forza Horizon 2 Presents Fast & Furious' may not be as robust and content-filled as the game it borrows from and expands upon, but it's one hell of a package at no cost whatsoever. Even when it hits $9.99, it'll still be well-worth picking up, because it's just that good of a game.