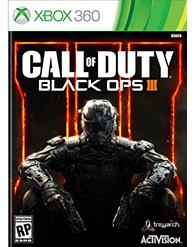 Veteran 'Black Ops' developer, Treyarch, is on deck for this year's 'Call of Duty.' For the PS3 & 360, Beenox is also developing, and in an interesting move, the PS3 & 360 versions will not have a single player campaign. That 4 player co-op campaign is PS4/Xbox One/PC only, as are several other features.

Fans should note that other features built to leverage the next generation hardware like the new Weapon Paint Shop and the new suite of eSports tools will only be available on Call of Duty: Black Ops 3 for PS4, Xbox One, and PC.

The PS3 & 360 versions will have Multiplayer and the new 1940's era co-op zombie mode. Also, Activision is promising a download version of the original 'Black Ops' to be included as a bonus.