'State of Decay' was first released in June 2013 for the Xbox 360, where it set sales records for the Xbox Live service and led to a large publishing deal between Microsoft and the game's developer, Undead Labs. The 360 version was followed by a PC version, and eventually DLC was made available. 'State of Decay' has now been remastered for the Xbox One as the 'Year One Survival Edition' with all of its previously released DLC included along with promises of other enhancements.

On the surface, 'State of Decay' resembles the many zombie games that have come before it, but after just a few minutes of play, its game design reveals an important distinction. The game is about zombies yes, but is less about fighting the zombies and more about simply surviving them. It is a more difficult game than is typically found in the mainstream: ammunition is not infinite or even plentiful, the world is persistent and therefore supplies are limited, and most distressingly, characters can permanently die. 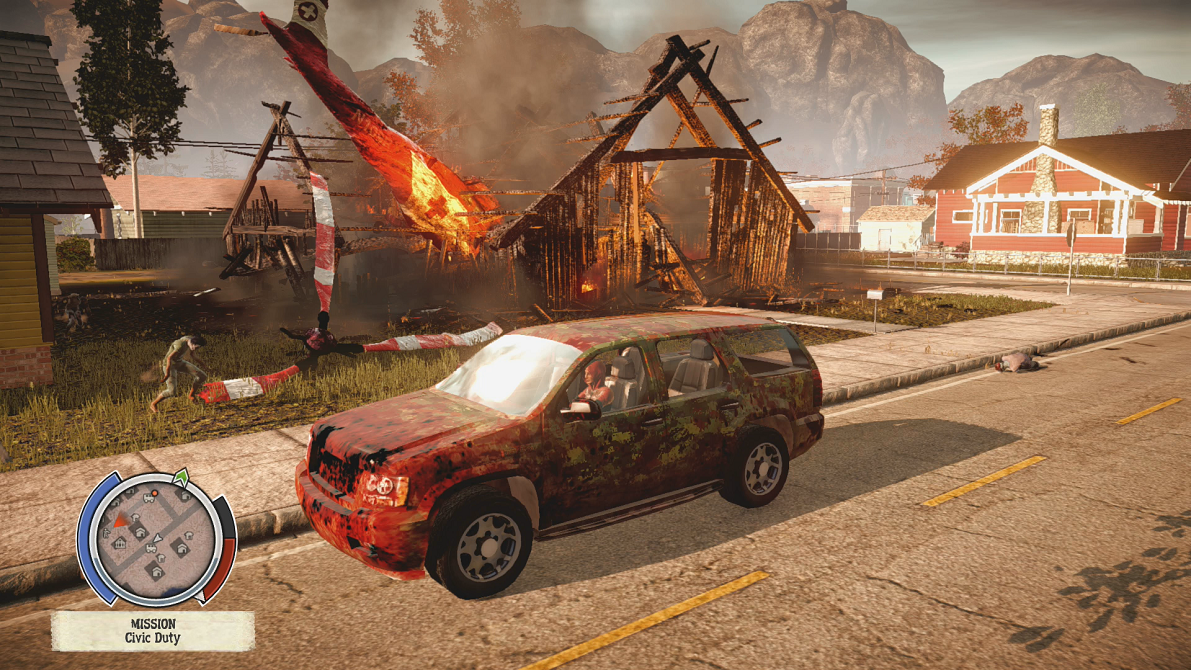 The base campaign starts out at a forest ranger station where city slickers Marcus and Ed have been enjoying a fishing vacation. As they are preparing to leave the forest and return to civilization, they discover that the entire region is awash in dead, flesh-eating monsters. They soon come into contact with other survivors, and settle into a base that has been established in a small church in a small town near the forest. Prospects are grim: the survivors are low on food, medicine, ammunition, manpower, and everything else they need to survive more than a few nights against the zombies. 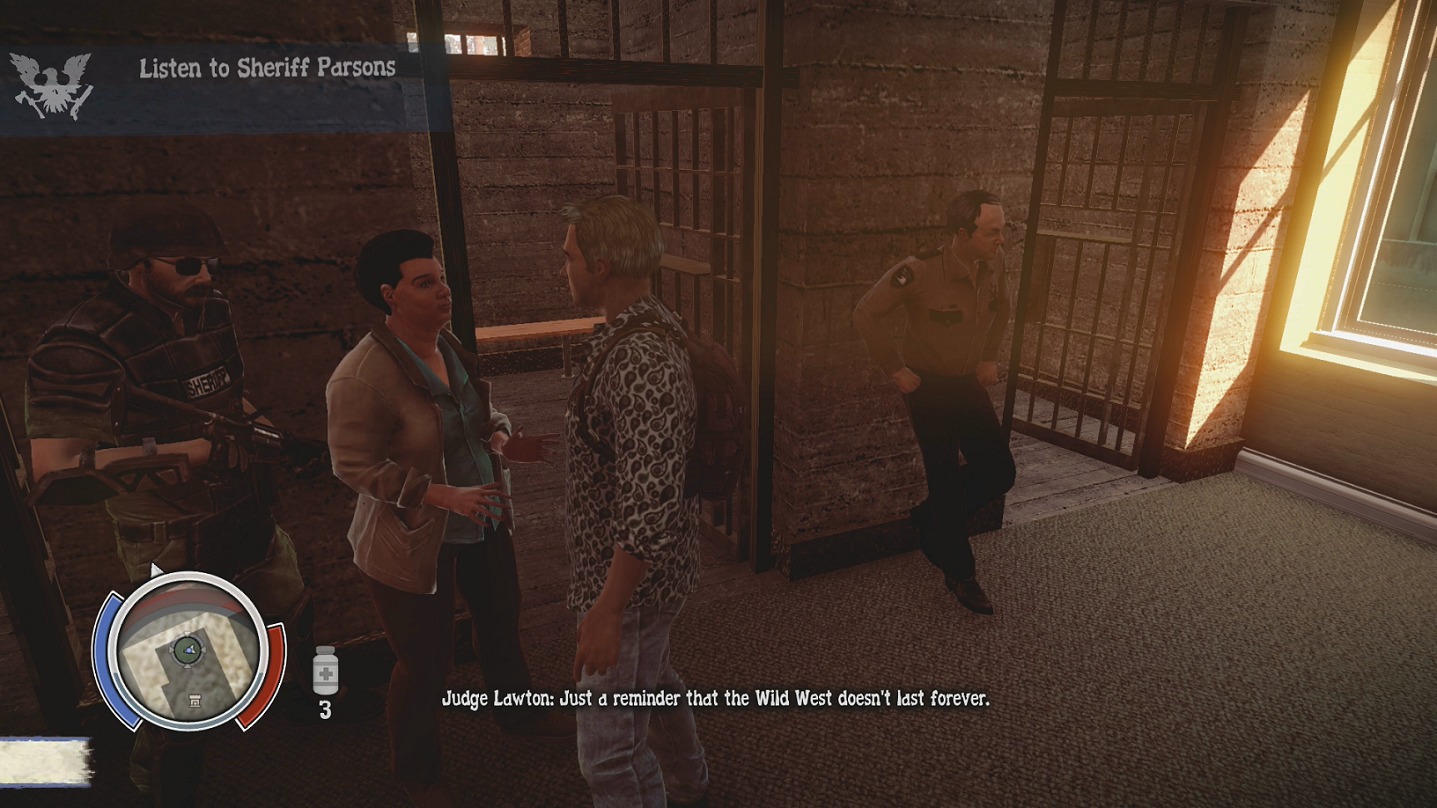 Once I took over this ragtag crew, it was not about Marcus anymore - it was about everybody. Base facilities can be constructed, like a library and sick bay that provide different benefits. I could control only one character at a time, but they could be swapped out when they were injured or exhausted. Survivors in the base use their skills to contribute to the community. Lily is the chatty radio operator who constantly dumps missions on me, for instance. Others are assigned to lookout duty, working in the kitchen, patching each other up, etc. Survivors can be assigned as runners to collect supplies in the field, but this is dangerous, and they frequently require intervention by the player to avoid death.

The base-building and survivor-improving mechanics are what make 'State of Decay' so addictive, playing into the latent zombie apocalypse prepper fantasy so entrenched in the pop culture zeitgeist. Because supplies continually dwindle every day (even when the Xbox is turned off), the player can never rest on their laurels. Also, there are so many missions, survivors, infestations, roaming zombie hordes, and other activities that they cannot all be completed in time. People are going to die, and sometimes the game forced me to make hard choices about who was going to survive.

The remastered 'Year One Survival Edition' comes with some new content. Individually each addition is small, but each one is a winner. My favorite is the built-in knife animation that each character defaults to when their primary melee weapon breaks. There are also some new vehicles and vehicle skins. Gurubani Kaur, a non-random survivor with a huge cardio skill (rule #1) and sweet cavalry sword, can be recruited (Note: she’s only available for returning players). Ammo drop missions are available from the military, and so on and so forth. Nothing game-changing, but all welcome additions to an already great game. 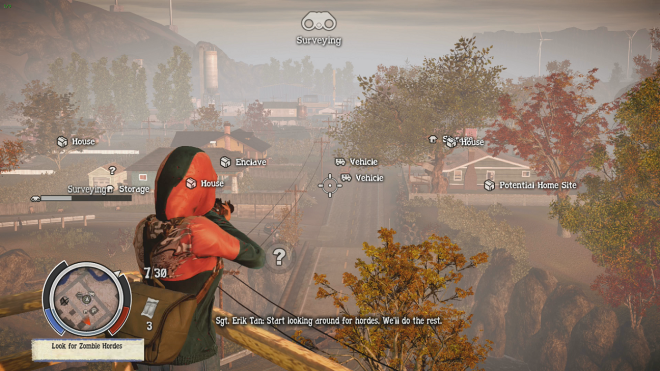 I am happy to report that the 'YOSE' looks much better than the initial release. It runs in 1080p with many obvious improvements affecting shadows, lighting and explosion effects, water, and animations. Textures are not beautiful, but most are also not ugly. The often-maligned draw distance has been expanded, and it is now usually not possible to drive faster than the engine can render the road. Stutters and skips, while still present, are not nearly as numerous. The game noticeably strains whenever the Xbox comes out of standby mode, for instance, but on the whole this is a much clearer and sharper experience than the first time around. 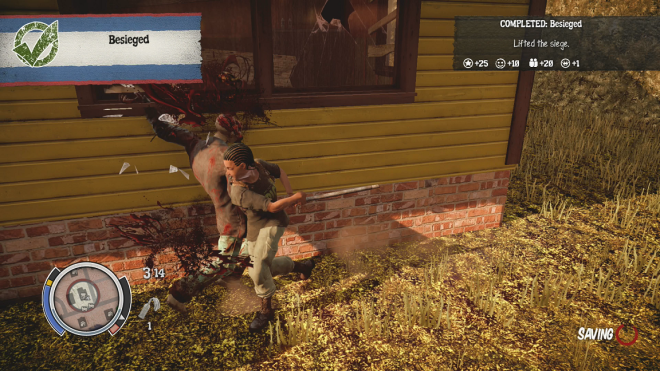 Renowned composer Jesper Kyd recorded about thirty minutes of new music for the 'YOSE'. The score remains as desolate and haunting as ever. The sound effects are of a decent quality but some lack depth - mortars sound kind of like firecrackers, for instance. Voice acting is spotty, with some really good performances alongside some ho-hum ones. Like the video, audio glitching is still present, but much less frequent than in the original.

The 'YOSE' comes with three modes: Story, Breakdown, and Lifeline. The latter two are the DLC packs, but all of them have a huge amount of replayability. Story mode is much more of a sandbox experience than its name would suggest. Most of the story missions are skippable, especially after the first base is established. Each playthrough yields different survivors and a different assortment of supplies to be discovered throughout the world.

Even more sandboxy is Breakdown mode. Here, the story is abandoned and all that matters is surviving enough to make it to the next level. To complete a level, the player must find a randomly spawning RV on the default map and collect enough supplies to repair it, while simultaneously trying to improve their own situation in the base. Each level is progressively harder and adds variables to the gameplay.

The third mode is Lifeline, which is a story mode but takes place on a different map and with a military crew instead of a civilian one. Core gameplay remains the same, but the player must occasionally return to the base to assist with huge zombie raids. Well, you don’t have to - you could just let your people try to handle it on their own, but they have a tendency to get eaten when not micromanaged. Like the other two modes, Lifeline is huge and worthy of spending many hours with. 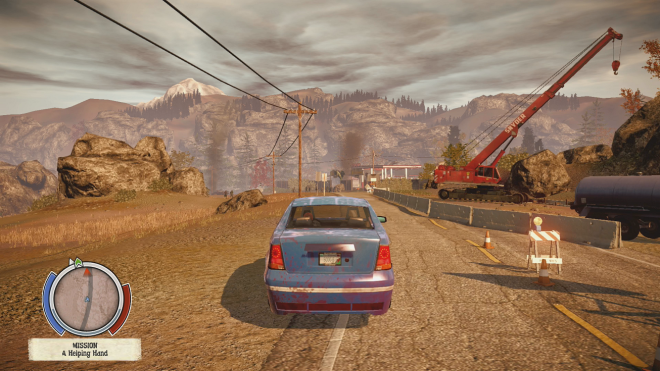 'State of Decay: Year One Survival Edition' is an example of a good remastering. The core game definitely needed some work, as its technical shortcomings often threatened to ruin an otherwise awesome experience. This upgrade still has some issues, but these are not severe. As an incentive to upgrade, 360 'State of Decay' owners get a discount until the end of June (which brings the price down to a more palatable level), and Xbox One owners can port over all of their saves from the 360 version. There hasn’t been a better time to play 'State of Decay'.