The Game Itself
3.5 Stars
The Video: Sizing Up the Picture
3 Stars
The Audio: Rating the Sound
3.5 Stars
Replay Factor
3 Stars
Bottom Line
Worth a Look

Sunset Overdrive - Dawn of the Rise of the Fallen Machines

Digital version reviewed for Xbox One. Being DLC, 'Dawn of the Rise of the Fallen Machines' requires the base game, 'Sunset Overdrive,' to play.

Insomniac stumbled a bit with their first DLC for 'Sunset Overdrive'. It was small, but more importantly it didn’t really exhibit the game’s core values - the platforming and the wacky, constant combat, to be specific. The map in particular was mystifying. In 'Dawn of the Rise of the Fallen Machines' we have a larger map built into the main world, and it is much more accessible. 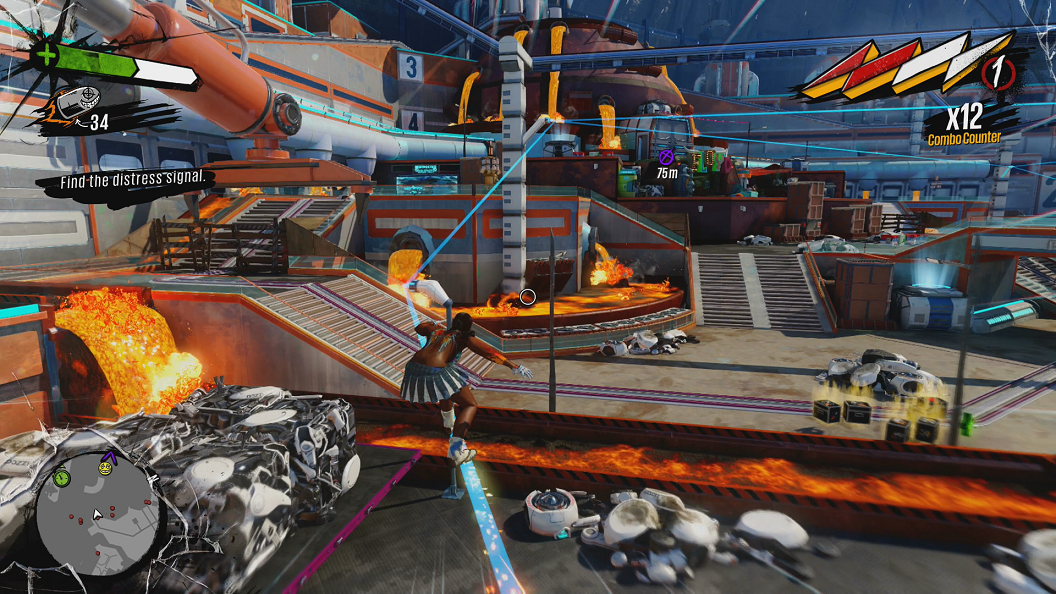 This DLC is all about robots, as you might have guessed. FizzCo, the company responsible for igniting the "awesomepocalypse" with its mutative energy drink, has a factory churning out hundreds of murderbots to the north of Sunset City. The player character learns that a couple of scientists have been taken prisoner by the bots, and sets out to free them and put an end to FizzCo’s shenanigans. The story is actually pretty straightforward and much easier to follow than the hyperactive narrative from the base game, probably because there’s not much of it. After freeing the scientists, I was tasked with fetching a bunch of things, fighting robots, and not much else.

I don’t want to sound negative, because 'Sunset Overdrive' is first and foremost about addictive, manic gameplay. That the story rides shotgun isn’t a big deal - at least we get some great one-liners, pop culture references, and other jokes. Despite the lack of variety in 'Fallen Machine’s' mission collection, the game plays as sweetly as ever. The level design in the new map is superb, with lots of structures, rails, jumps, and ledges to play on.

Playing 'Fallen Machines' is like going to the playground, except with ridiculous weapons and a superhuman ability to skate. Two missions in particular stand out. One is a level where the player character turns into a giant sphere of energy and basically plays pinball with the robot enemies. The platforming in this segment isn’t as strong, but it’s still pretty fun to bounce around and roll over everything. The other mission is the return of Boo-Boo the robotic dog. Boo-boo isn’t challenging to control - all I had to do was fire kitten projectiles at enemies to lure him over and destroy everything - but the sheer mayhem of it, and the infantile way that the character talks to him, makes him a welcome return from the base campaign. Outside of Boo-boo’s mission, the difficulty level in this DLC is somewhat higher than what I’ve grown accustomed to in 'Sunset Overdrive.' Some of the defense missions involve huge masses of robots, including some new models with cheap abilities. For the first time since starting the game I had to plan my attacks, and even so, I died more than usual.

There are only a few new characters in 'Fallen Machines' and, except for a deliciously awkward subplot regarding the intimate relationship between the two scientists, they are easily forgettable. The jokes in general this time around are solid but weakening (many of them spoofing 'The Terminator' and 'The Matrix'), and I still haven’t seen much of the memes and other topical internet culture that Insomniac promised through the use of cloud computing. 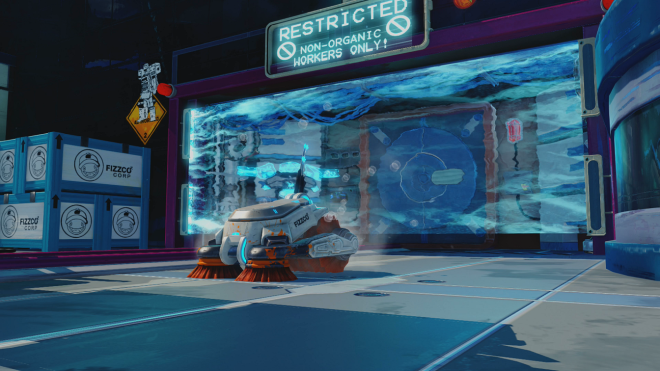 The effects that come with the new enemies and weapons are decent, especially the orbital laser gun that just as often sends down satellite junk when activated instead of an actual laser. The final boss looks slick, and I was quite happy to finally destroy the annoying PR guy that is found on TV screens all over Sunset City. Sorry PR guy.

Sadly, this DLC had some in-game collision issues. My energy ball got stuck on models a few times, and a fourth-wall segment where the character has to hack into an Xbox ended up with a checkpoint restart when the level just disappeared halfway through. There was also some odd clipping issues and other little glitches, although the framerate remained steady throughout. 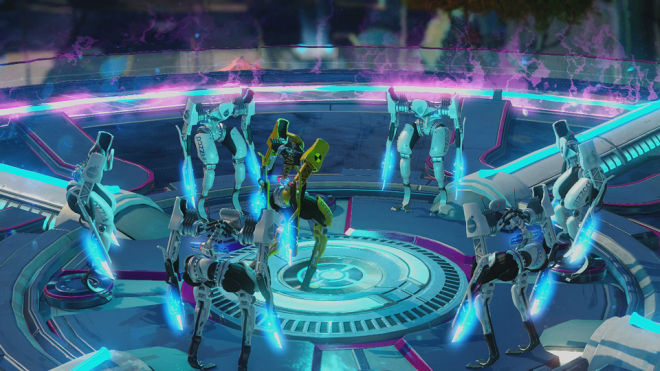 There is little to report on the audio front. I didn’t notice much in the way of new music or sound effects. The voice acting is good as usual, but there’s not a whole lot of it here due to the brevity. The only bug was an infrequent lip syncing problem.

The critical path makes up the bulk of the content, but there are also the requisite collectibles, new weapons (not as many as I’d like), and some side missions and challenges. As in the base game, it’s these sandbox elements that set 'Sunset Overdrive' apart from other open world games, where moving around simply isn’t as much fun. Completing everything will take four or five hours. Not great, but at least better than the quickie that was 'Mooil Rig'. 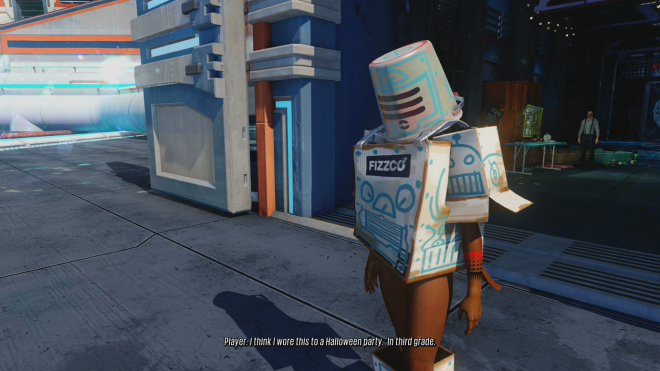 'Sunset Overdrive's 'Fallen Machines' is good DLC. It’s not amazing, but nor is it disappointing like its predecessor. It continues the lovely 'Sunset Overdrive' formula in a rote fashion - workmanlike, but not boring. Definitely worth playing if you already have the season pass.