Zen Studios continues to carry the standard of licensed pinball tables, and once again, they're putting their extensive work with the Marvel license to good use, bringing 'Avengers: Age of Ultron' to the game as DLC.

There's always been two main draws to the never ending IV drip of new tables for 'Zen Pinball 2': Infinite tries is an obvious one. But the other is seeing their twists on beloved properties, and how they take advantage of the fact that they're not as beholden to the physical limitations of an actual pinball table to do it.

The issue with their new 'Age of Ultron' table is the simple fact that it's working off of a movie that hadn't been released during development, so it's got that old-school licensed video game problem of not being nearly comprehensive enough to represent the license. It's not stopping them from trying, though, and for what it's worth, there's still plenty of fun to be found assembling the Avengers in pinball form one more time. 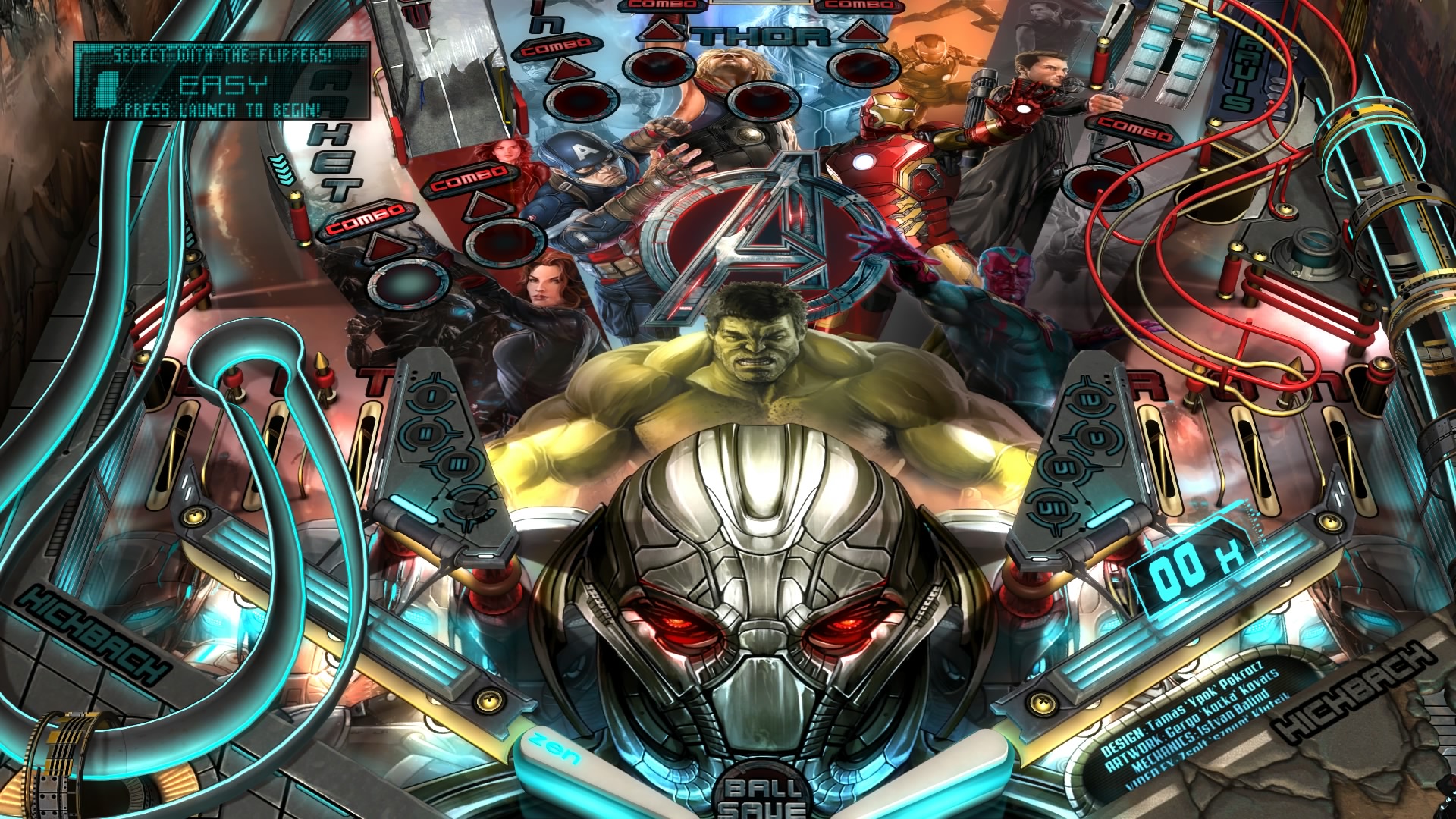 The table starts with an optional multiball prologue, where two balls representing Tony Stark and Bruce Banner attempt to assemble Ultron. It's awful chaotic awful early, especially if you crank the new difficulty setting to Hard (it changes the slant of the table to make it go faster), but the rewards for keeping up the juggling act are boundless. Once one of the balls is down for the count, the real game starts, with target ramps for each Avenger kicking off a new part of the story. The best and easiest one to activate is the other Banner/Stark pairing; a middle-right ramp leading straight up to the top bumpers, which fills a meter for Hulk and Iron Man. Filling it kicks off another multiball battle where Banner Hulks out and Iron Man has to take him down. It's great because it's the only one that feels like the stakes are actually there. Black Widow tries calming him down while Tony snarks at him for every target you hit. It feels hectic and fun, and it's over far too soon.

The rest aren't bad so much as just somewhat uninspired. A typical mish-mash of flashy ramps and targets, while mostly reasonable facsimiles for the cast shout blurbs, and someone approximates the horn-heavy Brian Tyler mishmash of heroic chords on the soundtrack. There's a few tiny twists, like Ultron clones popping up for Thor to take down, and a minigame where you get to shoot Ultron himself out of the sky, but that's about it. 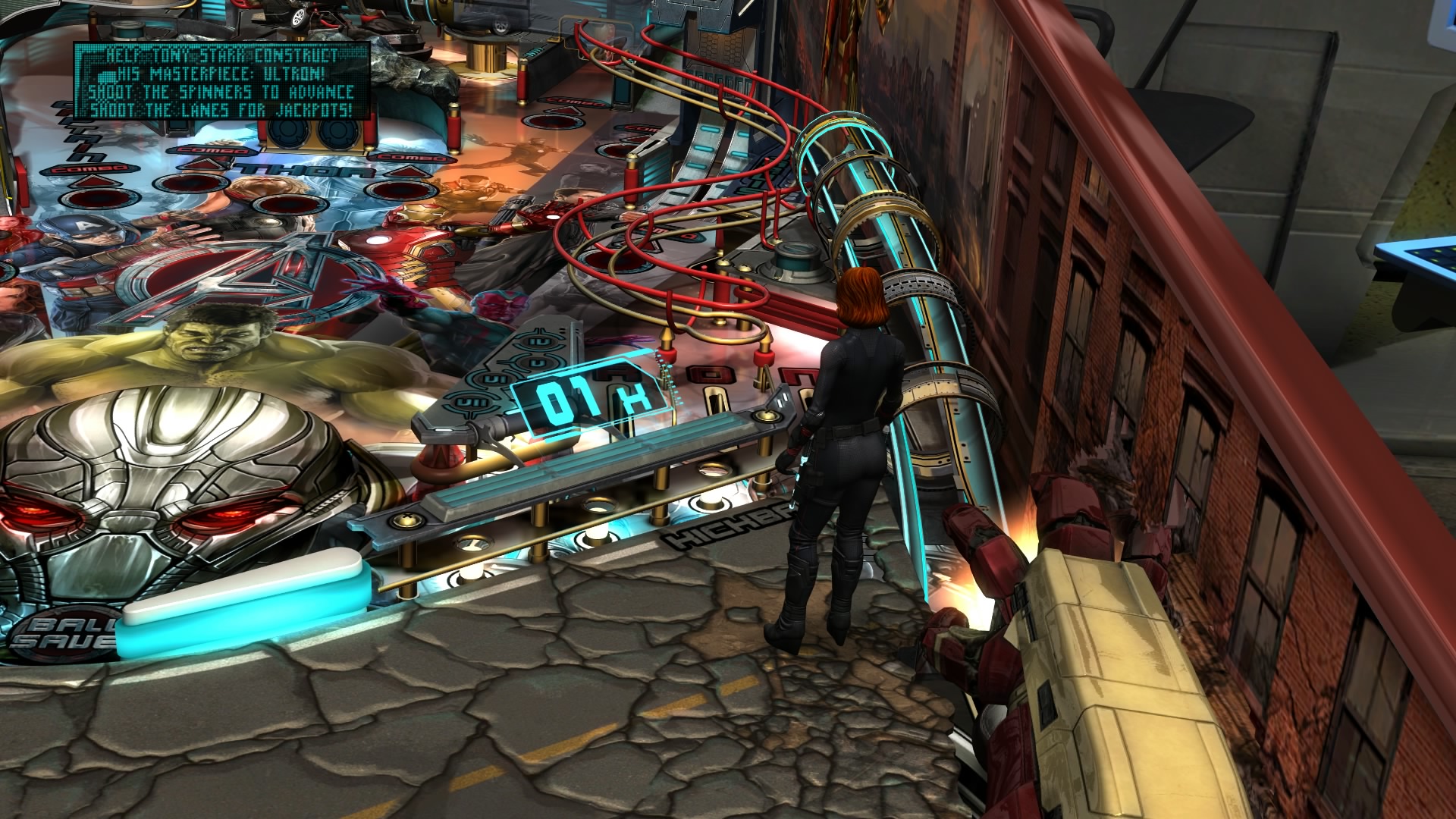 It's still pretty difficult to screw up pinball, though, and there's still enough of that MCU charm to make it a worthwhile distraction while waiting for the full film. Firing off the initial ball using Tony Stark's Hulkbuster arm never gets old, Black Widow standing nearby, Ultron himself hanging out near the top of the table, and flying over to fight Natasha are fun little details. It's got plenty of the 'Zen Pinball' flash and flair; its only sin is really that we've seen more innovation and more details from the others. 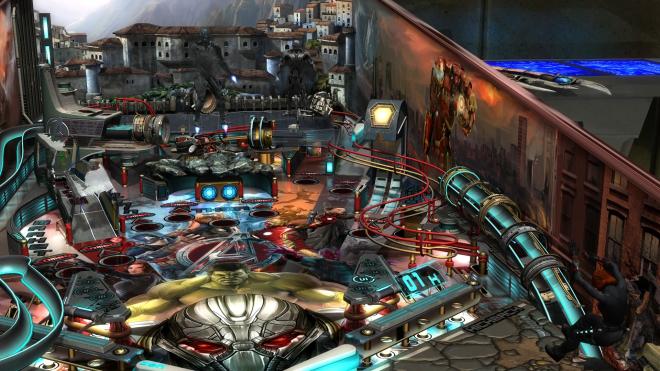 The usual attention to detail is here. The table art itself is the expected mash-up of the Avengers in action, with Ultron himself front and center. The outer rim is a post-apocalyptic cityscape laid waste by Ultron clones. The rest basically feels like Tony Stark's lab, which is a little disheartening, considering the globe trotting the film seems to do, and how we've seen other tables throw in more variety, but it's still quite appealing. 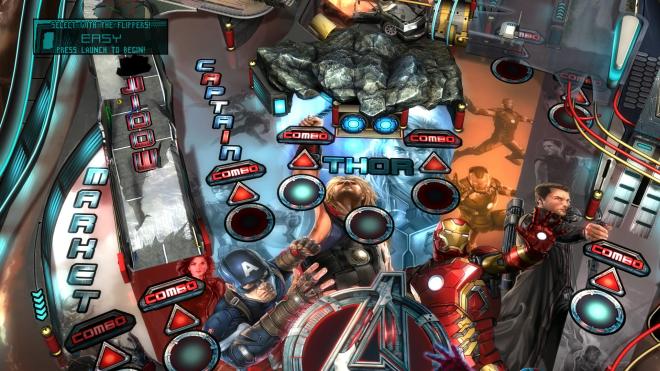 It's a thunderously busy soundtrack that keeps the action nice and tense throughout every play. Thor's thunder crashes, explosions are bassy and satisfying. The voice actors are mostly solid, with Black Widow and Tony Stark near-perfect aural dopplegangers of their real-life counterparts. Thor, not so much, but you barely hear from him. Ultron himself doesn't have any of Spader's vicious charm, but it gets the job done. Cap and Banner are less prominent all around, though, and not hearing Hulk roar when he's on his rampage is a huge missed opportunity.

Unlike the last Marvel 4-pack that happened, this is a one-off table, so your mileage may vary. For this gamer's part, it's been a go-to diversion while waiting for other games to download, though I still imagine the lack of content and story might become more glaring once the movie hits. 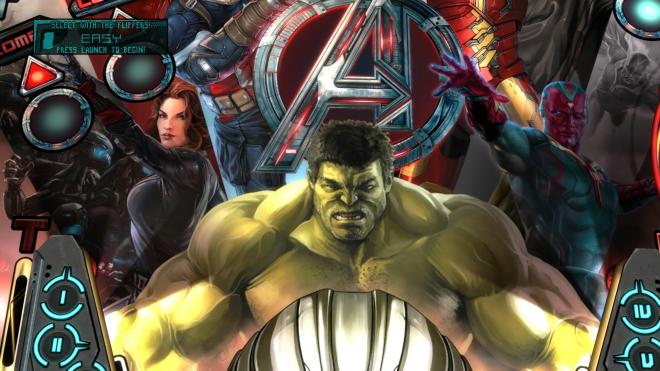 The 'Marvel’s Avengers: Age of Ultron Pinball' table does its job as far as tying back to its source material, and its got just enough going on to be a passable, welcome addition to the collection, but one can't deny there's more that could've been done to make this one a hell of a lot more super. Still, the fact that every new commercial for the film the happens I end up wanting to play this means the game has done its job well